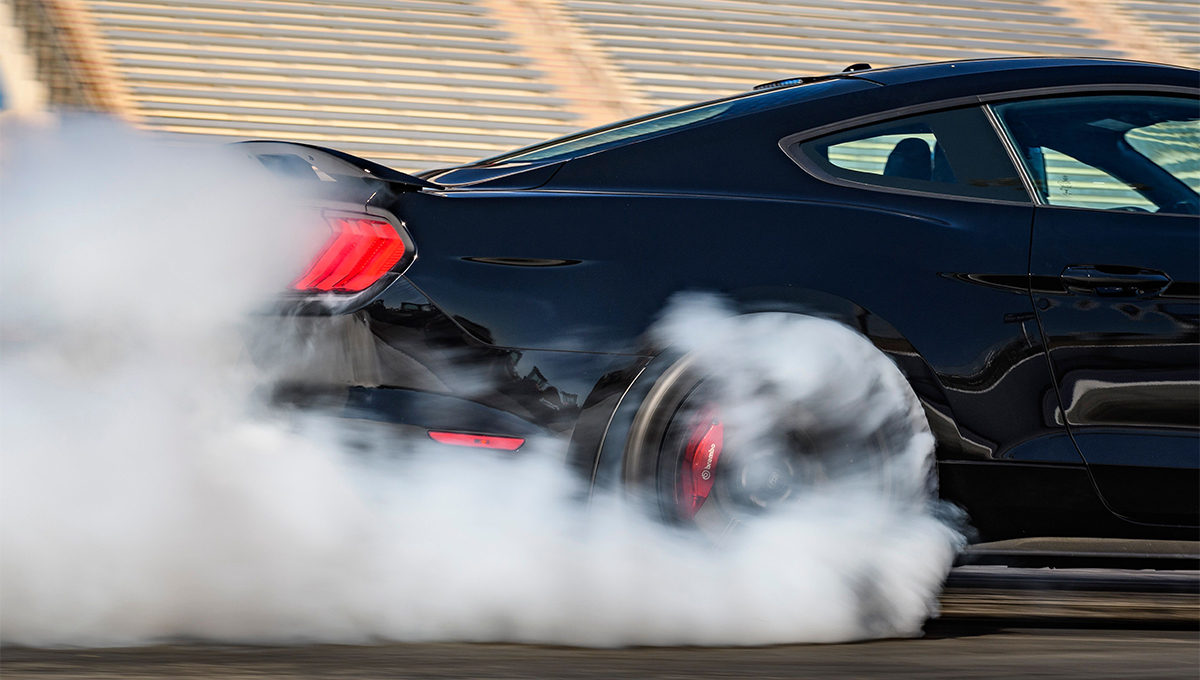 If you haven't been living under a rock for the past few months then you know the 2020 Ford Mustang Shelby GT500 features a rather sporty 760hp package under the hood. It is a 5.2L Coyote, a variant of the highly-acclaimed and successful Shelby GT350 program but with a supercharger on top and sans flat-plane crankshaft. Everyone knew it'd be quick, as in 10-second runs right off the showroom and HOT ROD Magazine confirmed it when former Muscle Mustangs & Fast Fords editor Evan Smith ran a best of 10.61 at 133 mph with a press car earlier this year at a private rental at Bradenton Motorsports Park. Many journalists pushed the GT500 into the 10.70s during a press function last month at The Strip at Las Vegas Motor Speedway, validating the numbers run earlier in the year. After a brief production hold-up the GT500 began is journey to Ford dealers as many of us were enjoying our turkey dinners on Thanksgiving last week and by the weekend new owners were enjoying their latest Pony car. Today we came across Speed Phenom, a YouTuber who has dazzled his viewers with his assortment of Mustangs first with a Kenne Bell supercharged 2014 Shelby GT500 Super Snake, boasting a 1,000hp, and then with a 2016 Shelby GT350-R. He was the first person to get keys to a 2020 Shelby GT500 and he wasted no time heading to Dallas to make hits at the Texas Motorplex. During the private track rental run by former NMRA/NMCA Chief Starter TJ Bailey, the Speed Phenom who has little-to-no experience drag racing clipped off several runs in the 10.70s and ended up with a best of 10.66 at almost 133 mph! The GT500 is no doubt a beast and with more owners taking delivery, we expect to quickly see these cars pushed further into the 10s and as the aftermarket catches up, we are confident that single digits will be upon us before the NMRA Spring Break Shootout kicks off the 2020 racing season February 27-March 1 at Bradenton Motorsports Park.
10 Second GT500
,
2020 Shelby GT500
,
Eaton TVS 2650
,
nmra
,
Speed Phenom YouTube