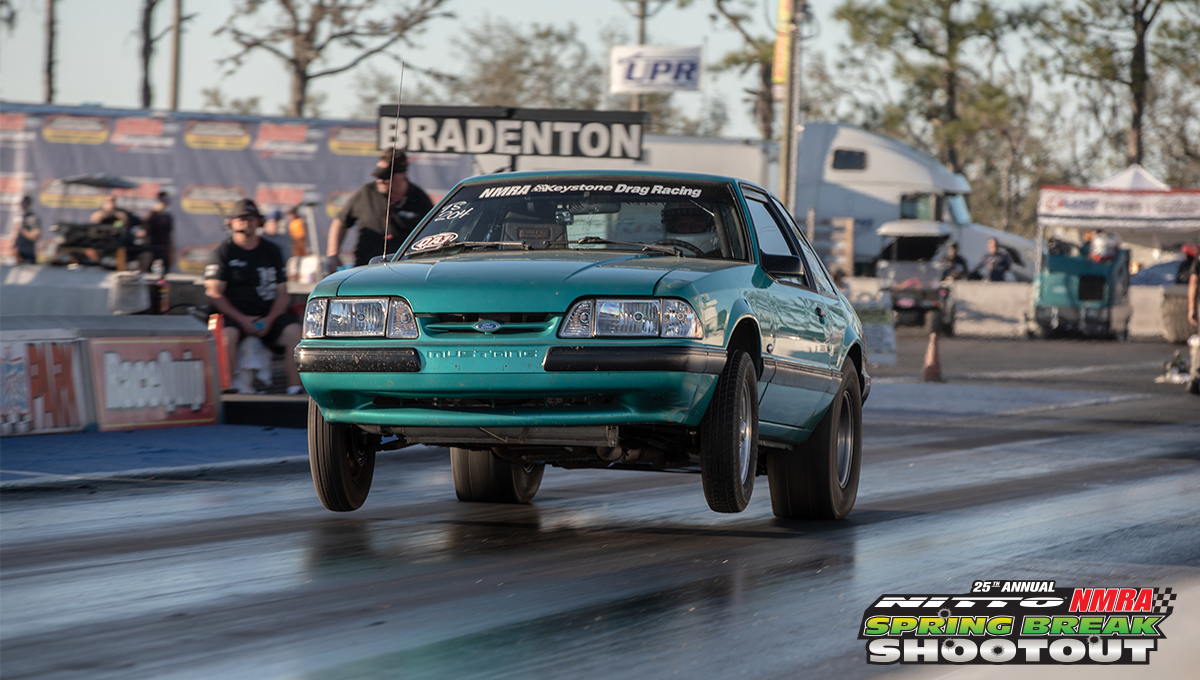 It is one of the longest running categories in street-legal drag racing, the JLT Performance Spring Break Shootout celebrates 25 years during the NMRA Ford Nationals season-opening event at Bradenton Motorsports Park February 28-March 3, 2019.

"This is our third year as the sponsor of the Spring Break Shootout and we are happy and excited to be back and part of the NMRA, said Jay and Lisa Tucker of JLT Performance. The organization has some exciting racing and there are many NMRA racers using and winning with our products, so we got more involved three years ago to support the series and racers. It is always fun to get to Bradenton in March to kick off the race season.

The Spring Break Shootout began in 1995 as an excuse for Mustang drag racers to have fun in the sun and blast their cars down the Bradenton Motorsports Park strip. It has turned into one of the biggest spectacles of the year with a record setting 152 QA1 True Street competitors in 2018. The simple rules attract Mustang and Ford enthusiasts from the United States and Canada and the event serves as the official Mustang racing season kick-off.

The 16 competitors who have the fastest 3-pass averages will be placed on a sportsman ladder and will race heads-up on a 4/10 Pro-tree.  The winner of the Spring Break Shootout will take home $800 cash plus a set of Baer Brakes Deep Stage Drag Racing Kit worth around $1,000, a prestigious Victor trophy, and a celebration fitting of a champion in the Aerospace Components Winner's Circle.