After Moving to NMRA Edelbrock Renegade, Brad Schehr Preparing to Put Down Even More Power 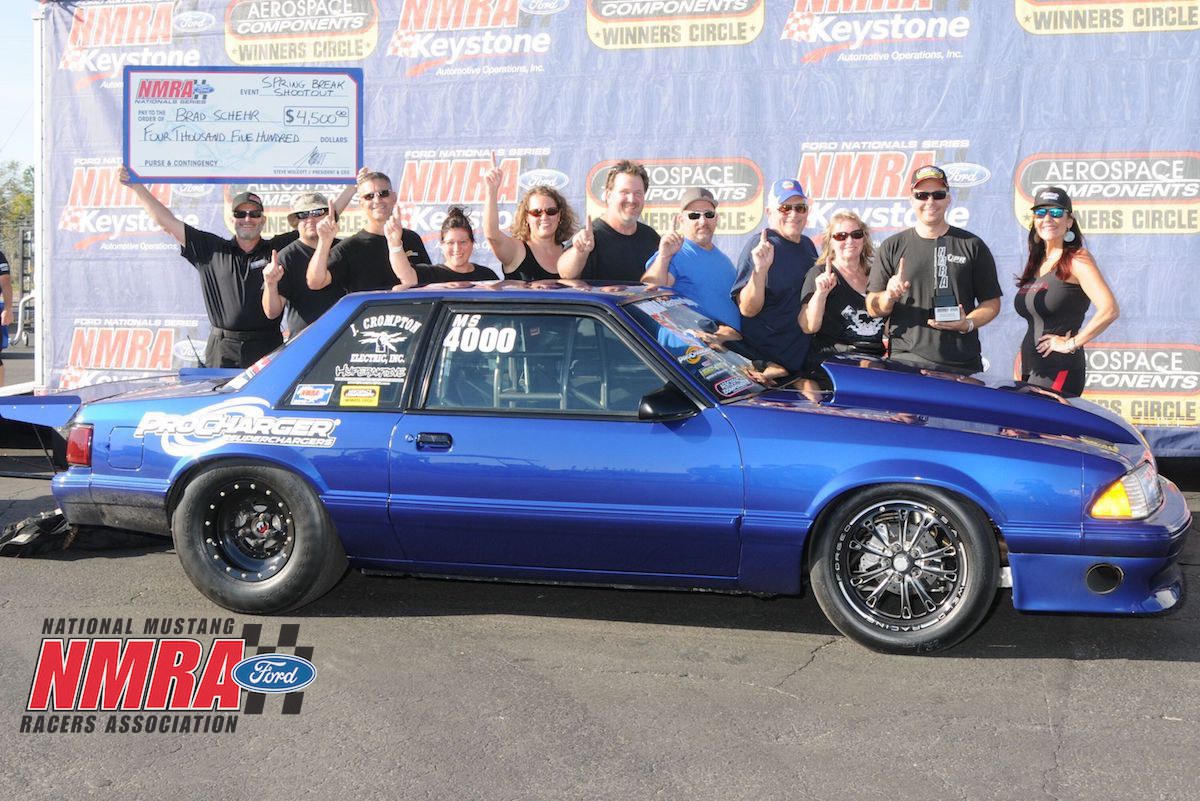 By Mary Lendzion If you were to spend just a few minutes talking with Brad Schehr about his approach to racing, you would know how he was able to earn the NMRA ProCharger Modified Street championship last year. The Florida-based driver who set records in the category with a 7.70 and 177.18 mph in his Mustang featuring a small-block Ford built by Chet Caminita from CRE Performance and a ProCharger serviced his engine repeatedly, tested repeatedly, and focused on being consistent each and every time he climbed into the cockpit. In addition to being dedicated, he was determined, and soon after being celebrated at the NMRA Ford National Series presented by Keystone Automotive Awards Ceremony presented by Aerospace Components last December at the Indiana Convention Center, he'set his sights on a different category, NMRA Edelbrock Renegade, in 2020. One of the good things about stepping up to Renegade is that we didn't have to make any changes to my engine, so Chet Caminita just freshened it, and we already had the ProCharger, said Schehr, whose car wears Crompton Electric banners. The category has a lot of good racers in it, and it will be a good challenge for me. [gallery columns="2" size="full" ids="14964,14963"] Ready to begin charting his new course, Schehr headed to the first NMRA event on this year's tour, the 26th Annual Nitto NMRA Spring Break Shootout, Feb. 27-March 1 at Bradenton Motorsports Park in Florida, where he fit right in Edelbrock Renegade with a 4.78 to qualify in the ninth spot, and narrowly lost to Bart Tobener with another 4.78 in the first round of eliminations. We left the race knowing that we were able to run in the middle of the pack, and that if we made some changes and worked hard, we may be able to run closer to the front of the pack, said Schehr. One of those changes saw Schehr talking with Jason Gatlin of Automatic Transmission Factory soon after the event and then replacing his two-speed Powerglide with an ATF three-speed Turbo 400, ATF three-speed shifter and ATF converter. It seemed like moving to the three-speed transmission was the right thing to do, said Schehr. We also installed a Meziere True Billet flywheel and a PST driveshaft. 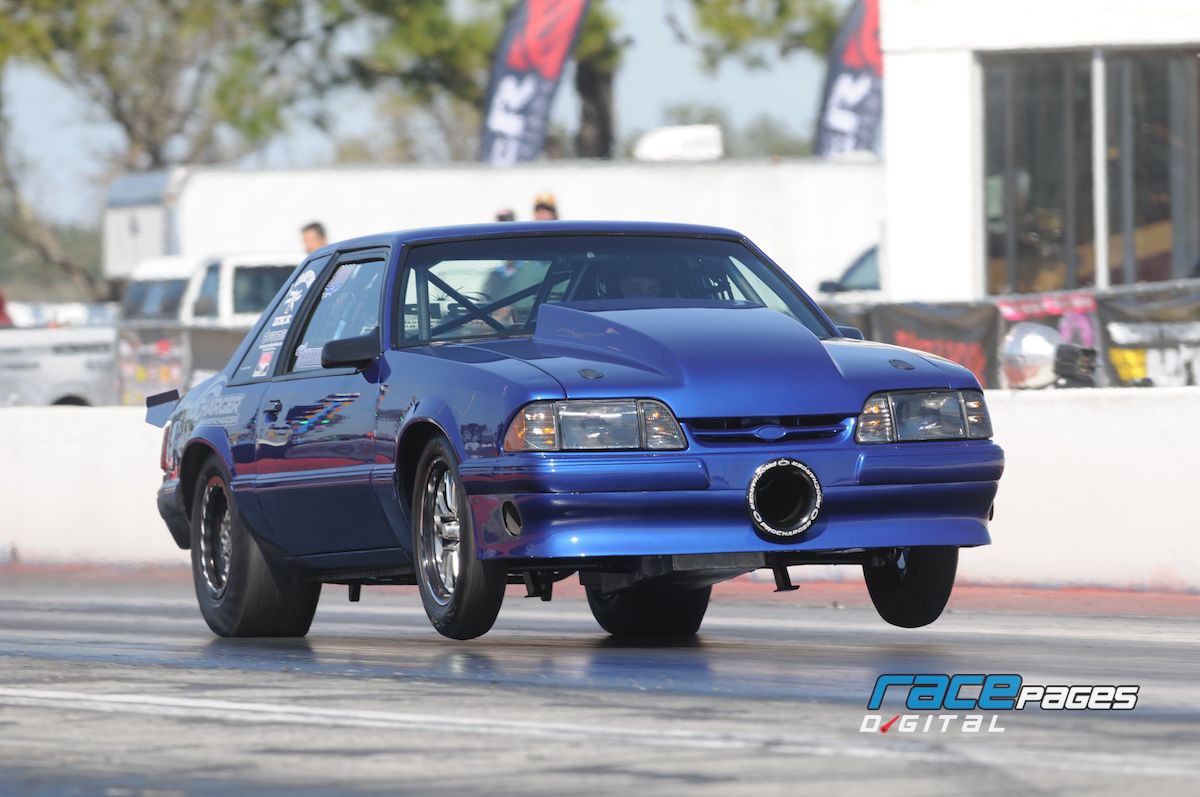 Then, he headed to a test session at Bradenton Motorsports Park on March 29 to begin dialing in the new components. While the high heat and humidity, as well as a track surface that was not the same as a track surface specially prepped for Edelbrock Renegade, prevented him from putting down as much horsepower as he would have liked, he still gathered some data. We were melting outside, but it was still worthwhile to go through the fundamentals of racing, said Schehr, who relies on Big Stuff 3 and RacePak to tune, and has additional help from Chet Caminita, Robert Rhoden, Jason Gatlin and Joe Oplawski from Hyperaktive Performance Solutions. We'll head to a nighttime test session one night soon. Schehr, who's known for putting his nose to the grindstone, plans to be laying down more power at the 2nd Annual NMRA Gateway Rumble, May 14-16, at World Wide Technology Raceway in Madison, Illinois. He also has the remaining three events on this year's tour marked on his calendar. It's going to take some time to get to where we need to be, and to run with the top guys in Edelbrock Renegade, but our engine showed us that it has potential because we did run 151 mph at the season opener, said Schehr. Right now, it's all about the transmission, gearing, chassis adjustments and 60-foots. 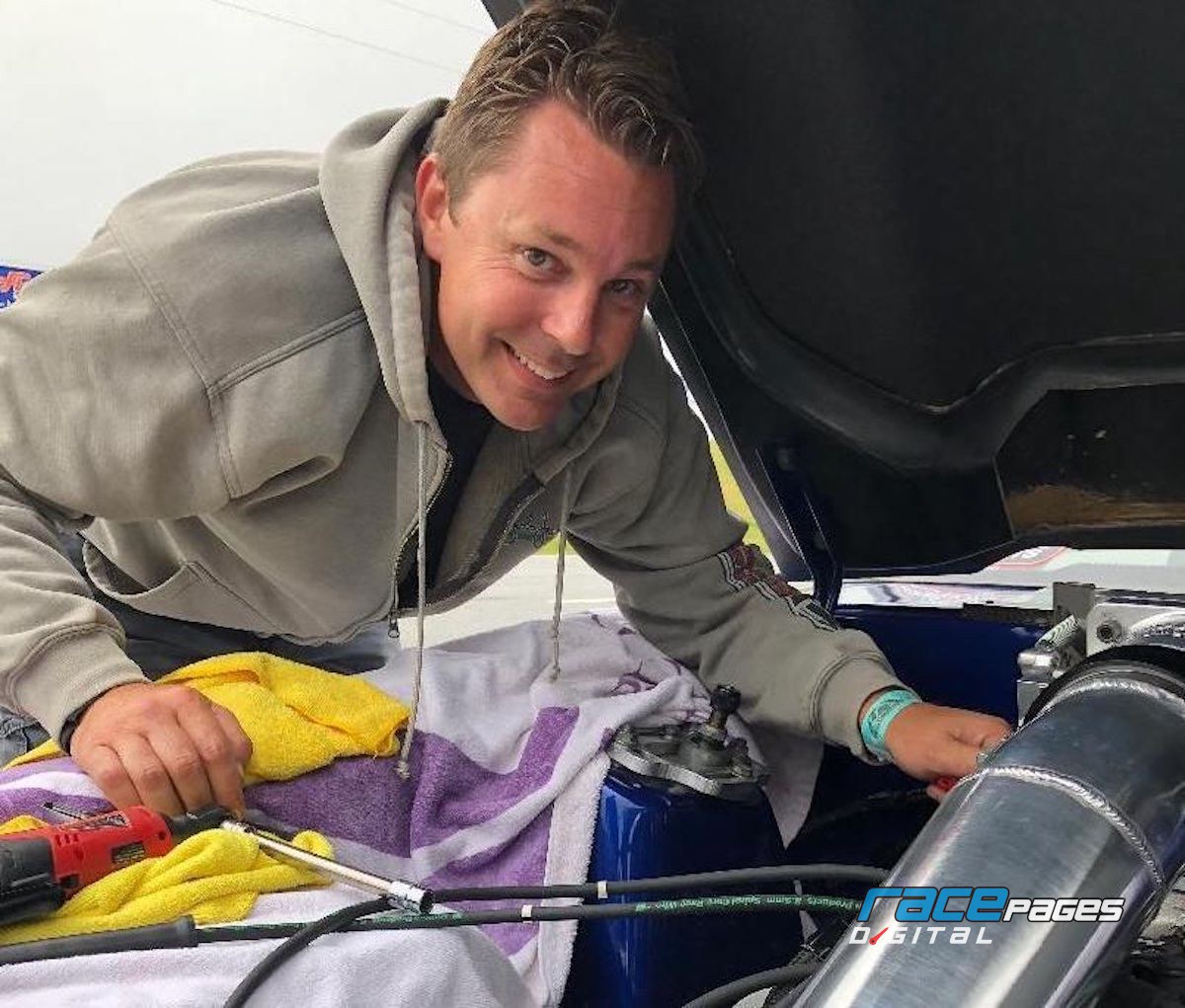