After Two Decades in Factory Stock, John Leslie is Changing to Coyote Stock 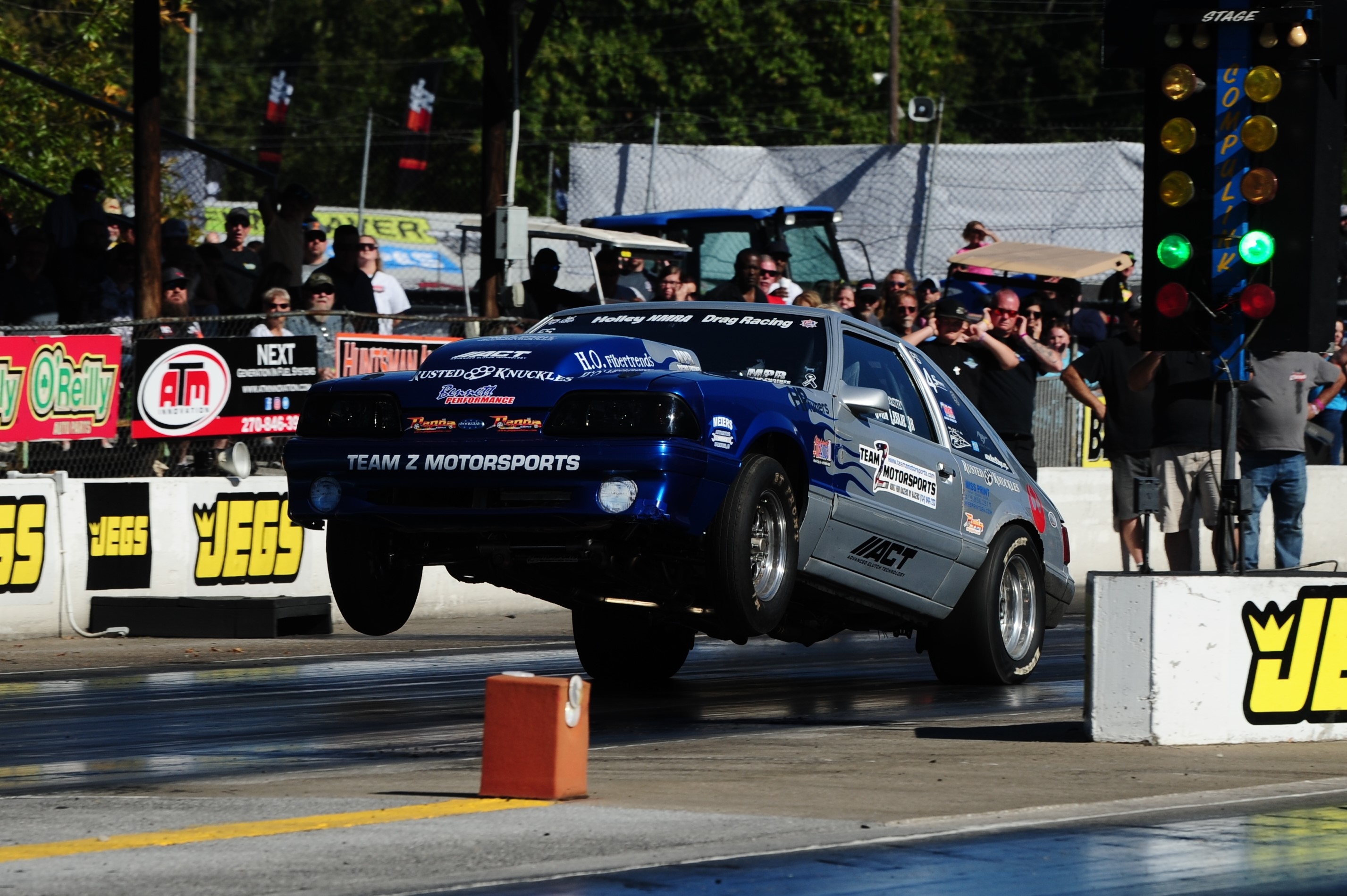 Having spent 22 years racing in NMRA Richmond Gear Factory Stock and securing the championship title in 2020, John Leslie Jr. is finally ready to switch gears and head into the chaos of the NMRA G-Force Transmissions Coyote Stock camp.

In its current form, Leslie’s familiar blue-and-silver Fox body Mustang is nearly legal for its new target. “It’s a sealed Coyote engine and yeah, the rev limiter is a little different, but it’s fairly close,” noted Leslie, 44, who already runs one of Coyote Stock’s critical components – a G-Force G101A four-speed manual gearbox with an ACT clutch. “I’ve fulfilled my childhood dream of going racing, got my championship and set some records, and now I feel like it’s time to go a bit faster.” Leslie admits that he was growing weary of competing in a class with so many different permitted combinations, and is looking forward to the simplicity of Coyote Stock’s ruleset. He spoke with fellow Factory Stock racer, Steve Higgins (who Leslie is also trying to pull to the dark side) about the idea, then got connected with Cale Aronson via Aaron Worstell. Aronson supplied Leslie with a Ford Performance-sealed Gen 3 Coyote engine (which Worstell delivered) and quickly got rolling with his plan to diverge from his past.

Prior to pulling his preexisting Gen 2 Coyote, though, Leslie instead pulled some weight out of his Ford, adjusted the suspension, threw some slick tire on, and headed to US 41 Dragstrip near his home in Indiana for an impromptu test session. “It was my first time running in the 9s, and the car was great,” shared the happy wheelman who went as quick as 9.80-seconds in the quarter-mile. “I jumped in a stick shift class and won that, so it was pretty cool.” In Factory Stock trim, Leslie had run a personal best of 10.08 at 130+ mph, so the outing showed a big jump in performance potential. During the off-season, Leslie will do “an easy swap out and swap in” for the newer Coyote and finish up some odds and ends. “Not much else is changing,” he affirmed. “The car is already equipped with a full Team Z suspension, 9-inch rear end with Strange internals prepped by Steve Higgins, axles, cage, and the whole nine yards that it needs.”

Some minor bodywork and a new paint job are scheduled for Leslie’s Fox body, and he’s got Shane Stymiest working to reflash the computer to comply with the Coyote Stock class regulations, but he expects it to be smooth sailing otherwise.

With his longtime friend and crew chief, Joey McKernan by his side, Leslie is planning to head South for some pre-season testing before the 2023 Holley NMRA Ford Nationals gets going at Orlando Speed World in Florida on March 2-5.

“I think I can give these guys some real competition,” said Leslie, laughing. Given that the smack talking has already begun, and that he’s already very familiar with wild wheelies, Leslie should easily fit right in with the G-Force Transmission Coyote Stock craziness.