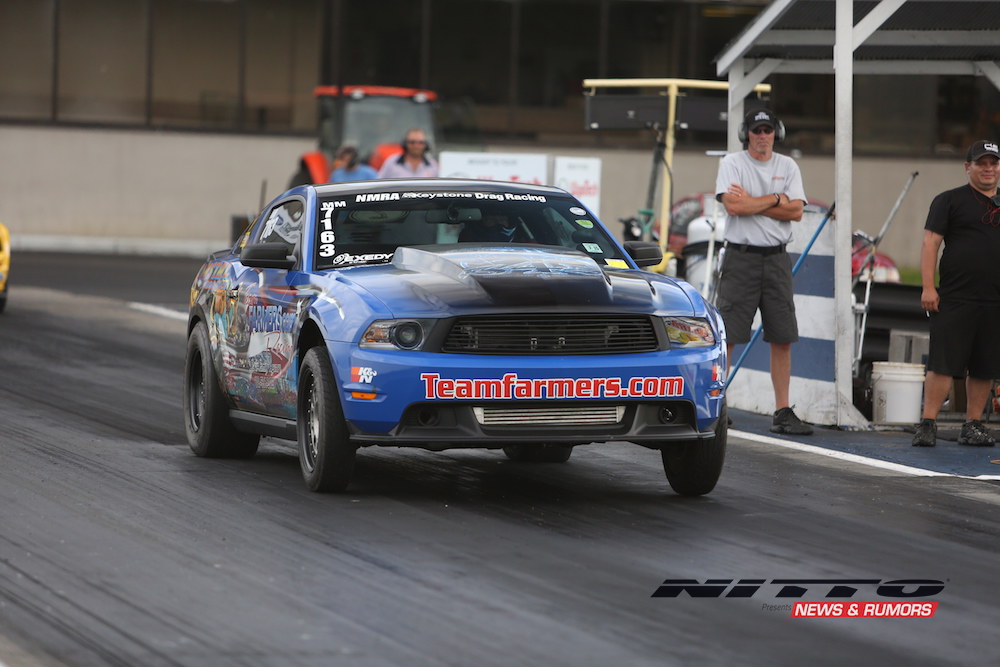 While Al Davis had been racing in NMRA QA1 True Street, Roush Performance Super Stang and Exedy Racing Clutch Modular Muscle, he's preparing his 2011 Mustang for NMRA Steeda Limited Street in 2018. The heads-up category designed for small block Ford, Modular and Coyote combinations with single power-adders in 1954 and newer Ford-bodied vehicles debuted and was featured at one event in 2017, but will be contested at all six NMRA events in 2018. When NMRA announced that there would be a Limited Street class in 2018 and posted the rules for it, we jumped, said Davis, of Seaville, New Jersey. It will be the first time I'm running a true heads-up class, and I'm excited. In fact, I plan to make all of the races in 2018. While Davis hotrod had achieved low nine-second elapsed-times with a Rich Groh Racing 5.0 Coyote engine fronted by a 76mm Precision turbo, he's seeking mid eight-second elapsed-times in 2018. To help him achieve that, he turned to Groh for what he referred to as a little engine work on his engine which has more than 150 passes on it, and while he declines to share specifics, he will share that the engine is now topped with a Holley Sniper intake. Meanwhile, 1320 Fabrications installed a 10-point chrome moly cage in Davis car before it went to Justin's Performance Center (JPC), where it has received many upgrades through the years. This time, JPC removed the car's air-conditioning and heating systems for weight reduction, installed new Strange 31-spline axles and a new Driveshaft Shop driveshaft under the car which has a factory 8.8 rear-end and BMR suspension and rolls on Bogart wheels wrapped with Mickey Thompson drag radials. JPC also paired the massaged engine with a new RPM Transmissions-built Powerglide and PTC converter. 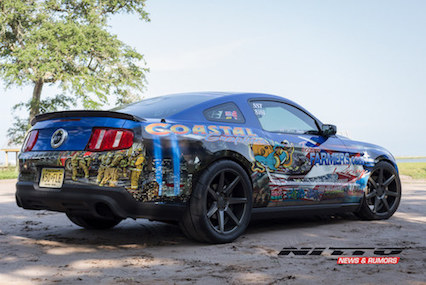 Davis will switch from E85 to C85 fuel, and tremendously talented tuner Kevin MacDonald, who had been using a programmer with a stock computer for engine management, will now use AEM Infinity for engine management. We think the car can be very competitive, said Davis, a former firefighter whose car currently wears a 9/11 tribute wrap but will soon have a new wrap by Coastal Graphics. My goal is to make the top 10 so that I can go to the ceremony in Indiana and get a top-10 jacket. (Photos by NMRA and courtesy of Al Davis)