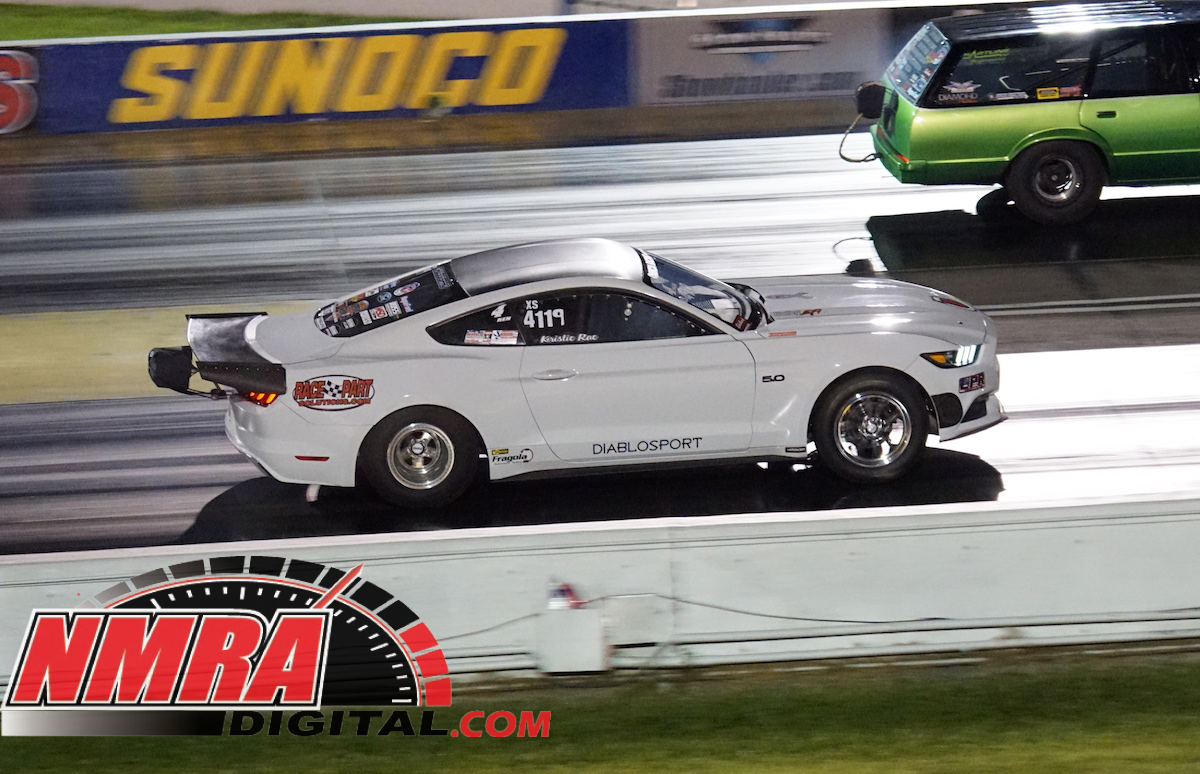 The former Edelbrock Renegade champion Bart Tobener is no stranger to breaking barriers and trailblazing a path down unfamiliar roads. He earned the 2014 Renegade title using a Mod Motor, the first in the history of the category that dates back to 1999. He also scored the first 7-second time slip in Renegade history that same year. His latest adventure is taming a S550-based Mustang, the platform for the 2015-2016 Mustang, with backing from Race Parts Solutions and JODAR Performance. https://youtu.be/F9qh_bGj2CU The first race out of the gate in late May was the Ford Motorsport Nationals, the third stop on the NMRA tour and Tobener instantly set the quickest time for a S550-based Mustang. It wasn't the kind of big deal that some would make it out to be since Tobener had all sorts of little teething problems as it was the car's first time on the drag strip. Two more events went by, the NMCA competition at Beech Bend Raceway and the NMRA stop in Ohio, and Tobener made adjustments to the chassis and going quicker each time. In just the fourth outing and less than 30 runs on the new car, Tobener eclipsed the 7-second barrier with his 2015 Mustang GT. He ran 7.991 at 171.45 mph during the final round of qualifying for Edelbrock Xtreme Street during the NMRA race in Indianapolis. A MPR-built Coyote 5.0L rests under the hood with a new Holley EFI Sniper intake manifold and Dominator EFI system. Tobener worked with Chassis Pro to build the SFI 25.3 cage and turbo system, which showcases the Race Parts Solutions and JODAR Performance catalogs. Tobener tapped a Precision 76mm turbocharger for the boost, a departure from his traditional ProCharger centrifugal blower that delivered him to the championship two years ago.