By Mary Lendzion As the 2020 NMRA JDM Engineering Limited Street champion, Bill Putnam knew how hard it was going to be to back it up in 2021. His combination was going to have to be powerful, his car was going to have to be potent and he was going to have to be more proficient than ever as the level of competition continues to climb. But the Floridian was up to the task, and so was his Mustang motivated by a 311 cubic-inch Coyote engine built by MPR Racing Engines, a VMP Gen 3 supercharger, Turbo 400 by Rossler and a converter by Neal Chance, and rolling on UPR suspension. Putnam qualified in the third spot with an 8.37 and made it to the semifinal round of eliminations before exiting with an 8.31 at the BMR Suspension NMRA Spring Break Shootout in March at Bradenton Motorsports Park in Florida. “Going into the season opener, we had a six-race win streak going, and in the semifinal, we got taken down by Samantha Moore, who really stepped her program up in the off-season,” said Putnam. “Despite my .007 light against her, she had the power advantage, and that set the pace for the season.” Putnam, shop manager at UPR Products, went on to qualify in the second spot with an 8.40 and won with an 8.32 at the Scoggin Dickey Parts Center NMRA/NMCA All-Star Nationals presented by MAHLE Motorsport in April at Atlanta Dragway. He then qualified in the fourth spot with an 8.38 at the NMRA/NMCA Super Bowl of Street Legal Drag Racing presented by HPJ Performance in May at World Wide Technology Raceway in Illinois, and made it to the final round of eliminations, which, because of rain, was moved to the NMRA Ford Performance Nationals in June at Summit Motorsports Park in Ohio. There, he won the rain-delayed race, then led qualifying with an 8.52 and won his second race of the weekend with an 8.53. 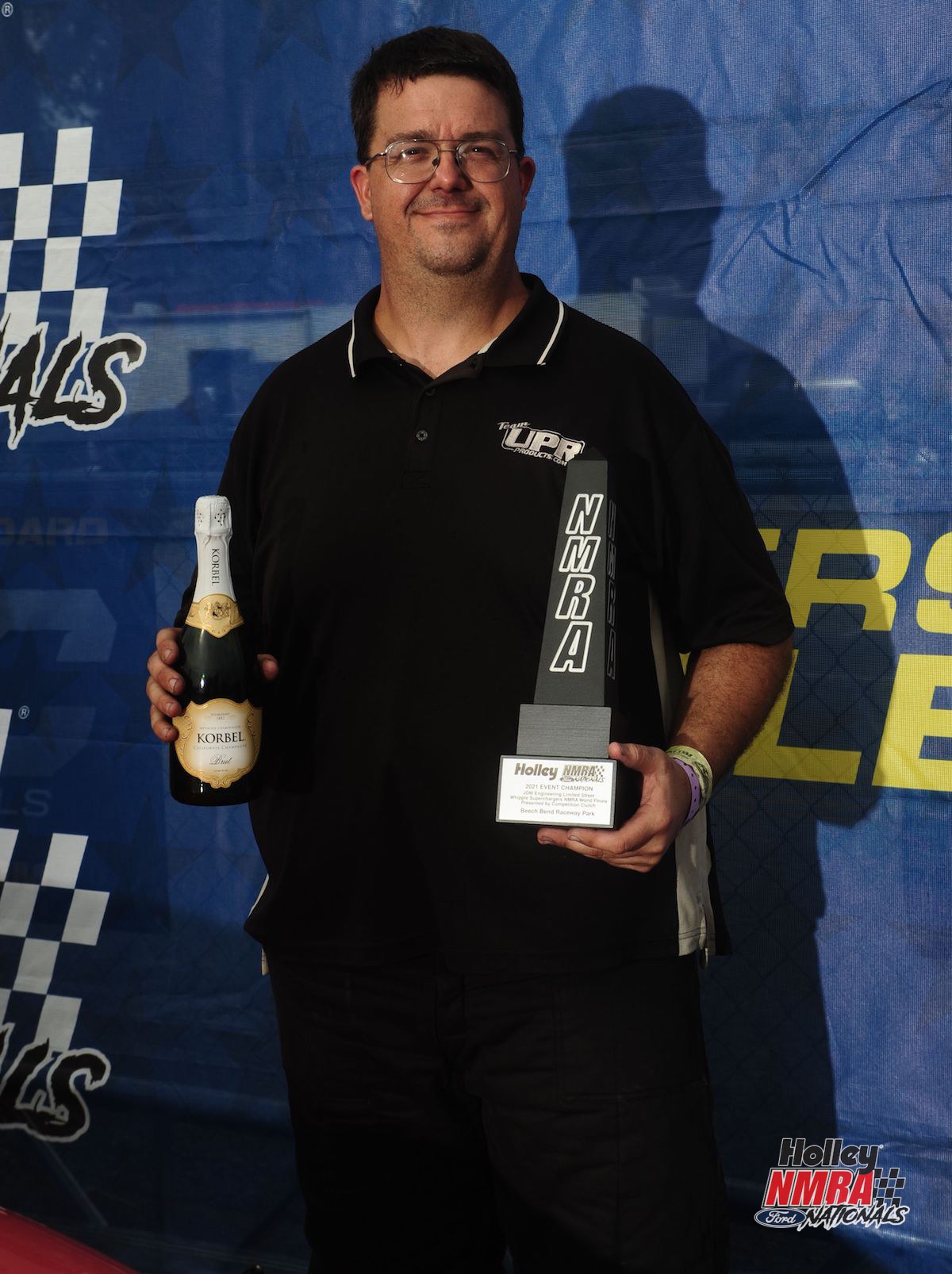 “We stayed conservative on the launch and made A to B passes to pick up the second win for the weekend,” said Putnam. “That took us from second-place in points to a solid lead in points.” Putnam proceeded to qualify in the third spot with an 8.48 and was forced to lift to a loss in the first round of eliminations at the Inaugural Arrington Performance NMRA/NMCA Power Festival presented by Force Engineering in July at U.S. 131 Motorsports Park in Michigan. Ready to go all-out and gun for a win, Putnam qualified in the third spot with an 8.36, won with an 8.33 and locked up the 2021 NMRA JDM Engineering Limited Street championship at the Whipple Superchargers NMRA All-Ford World Finals presented by Competition Clutch and Holley Intergalactic Ford Festival in September at Beech Bend Raceway Park in Kentucky. “Seeing the win light in my lane was a great relief, and it was followed by exhilaration for pulling off a second championship,” said Putnam, who took part in a ton of test sessions during the season, while making adjustments to his engine, transmission, converter and more. “It takes a lot of time and effort to win a championship, but to win back-to-back championships among such great competition really makes me appreciate it that much more.” Putnam will be lauded at the NMRA Ford Nationals Champions Ceremony, which will be held during the PRI Show on Dec. 10 at the Indiana Convention Center in Indianapolis, and in the upcoming Champions Issue of Fastest Street Car Magazine. “I’d like to thank Jim LaRocca for his tuning mastery and guidance, Sharad Raldiris for his suspension tuning skills, Mark and Joe Mainiero for the support and allowing me to enjoy racing this series, Tim and Tyler Eichhorn and the entire team at MPR Racing Engines, Matt Coates at MFP, Jim Craig at Weldon, John Kerr and Darin Matera at Race Part Solutions, David Dodge at Tig Vision Race Fabrications, Mark Menscer at Menscer Motorsports, J.C. Cascio at Strange, Mickey Thompson Tires, VMP Performance, DeatschWerks, TBM Brakes, Kooks Headers and JDM Engineering for supporting the class.” Putnam shared that he’s working on some upgrades for the 2022 season, and hopes they help him defend his title. 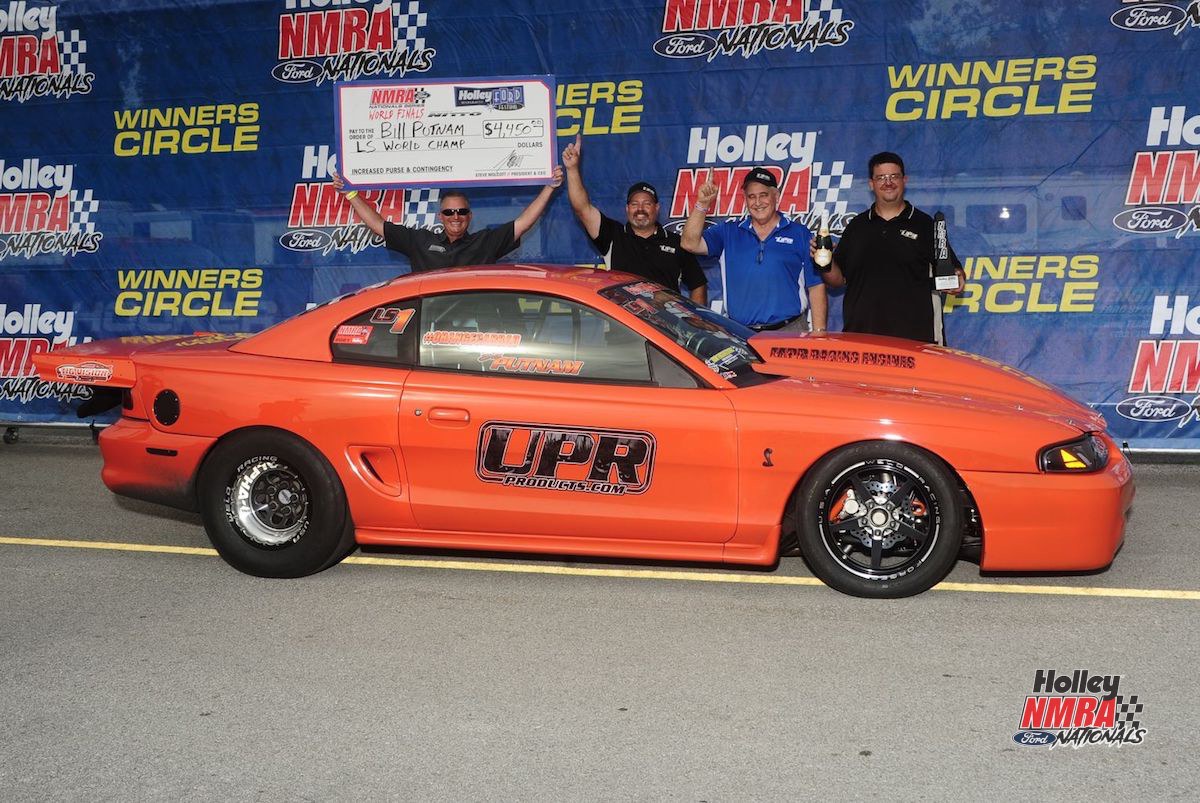