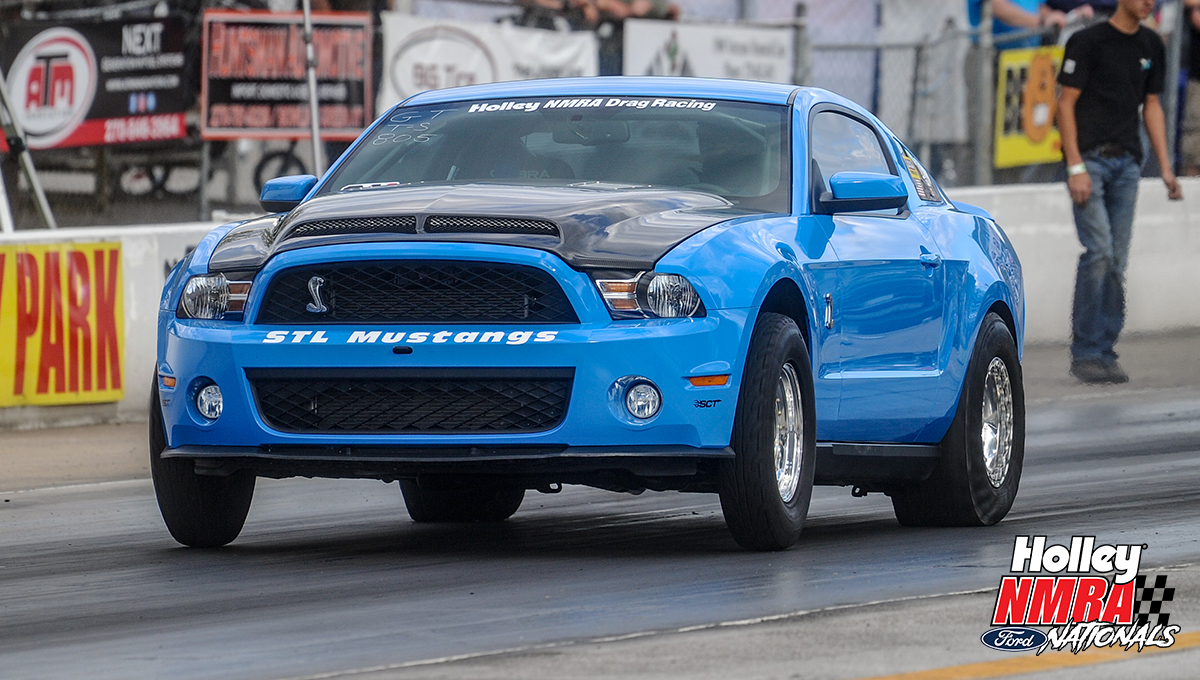 NMRA officials are bringing back the 8.50 award in QA1 True Street for this year's Whipple Superchargers NMRA World Finals + Holley Intergalactic Ford Festival at Beech Bend Raceway in Bowling Green, Kentucky. A record-breaking number of entries are expected in Kentucky the weekend of September 30-October 3, 2021 and Holley has increased the purses across the board in True Street and other categories. The NMRA World Finals is considered the Mecca of True Street due to its massive participant turnout and the inclusion of the TREMEC Stick Shift Shootout. The Overall Winner is set to win $1,000 while the Overall Runner-Up and each category winner will earn $300. The True Street average time categories include 8.50-second, 9-second, 10-second, 11-second, 12-second, 13-second, 14-second, and 15-second zones. For those unfamiliar with the True Street format, the class begins the weekend with several test hits on Friday and a Saturday morning time session, which is followed by a time restricted Rally-style cruise that is roughly 30-miles in length and uses a checkpoint around the midway mark. Once the participants return from the cruise, the cars are lined up and given a brief cool down period before embarking on three consecutive runs. NMRA officials will calculate an average of those three runs and rank the competitors, the racer with the average ET closet to a timed category without going under is declared a winner. For complete rules and regulations, visit www.NMRAdigital.com or call the Gene Bergstrom on the Tech Line at 714-460-3813. A complete rundown of the largest Ford motorsport event of the year can be found at www.NMRAdigital.com/KY and Advance Tickets for racers and fans are available NOW!
Beech Bend Raceway
,
Competition Clutch
,
Holley
,
NMRA World Finals
,
qa1
,
true street
,
Whipple