By Mary Lendzion Chris Parisi has been racing in various cars and series since 1990, and he has amassed a lot of wins in that time. In fact, he’s a multi-time NMRA HP Tuners Super Stang champion, and throughout 2021, he showed how he soared to that status. In his Mustang GT Premium packing a 5.0 Coyote, Steeda cold air intake, 10-speed automatic transmission and Circle D converter, the Floridian led qualifying with a .005 reaction time and went to the NMRA Winner’s Circle with a 12.08 on an 11.95 dial at the BMR Suspension NMRA Spring Break Shootout in March at Bradenton Motorsports Park in Florida. He led qualifying again with a .003 reaction time and won again with a 12.19 on a 12.05 dial at the Scoggin Dickey Parts Center NMRA/NMCA All-Star Nationals presented by MAHLE Motorsport in April at Atlanta Dragway “I started the season on fire,” said Parisi. He went on to qualify in the fourth spot with an .023 reaction time before exiting eliminations in the first round with a 12.11 on an 11.90 dial at the NMRA/NMCA Super Bowl of Street Legal Drag Racing presented by HPJ Performance in May at World Wide Technology Raceway in Illinois. “I wasn't happy with myself on that 925-mile drive home,” said Parisi. 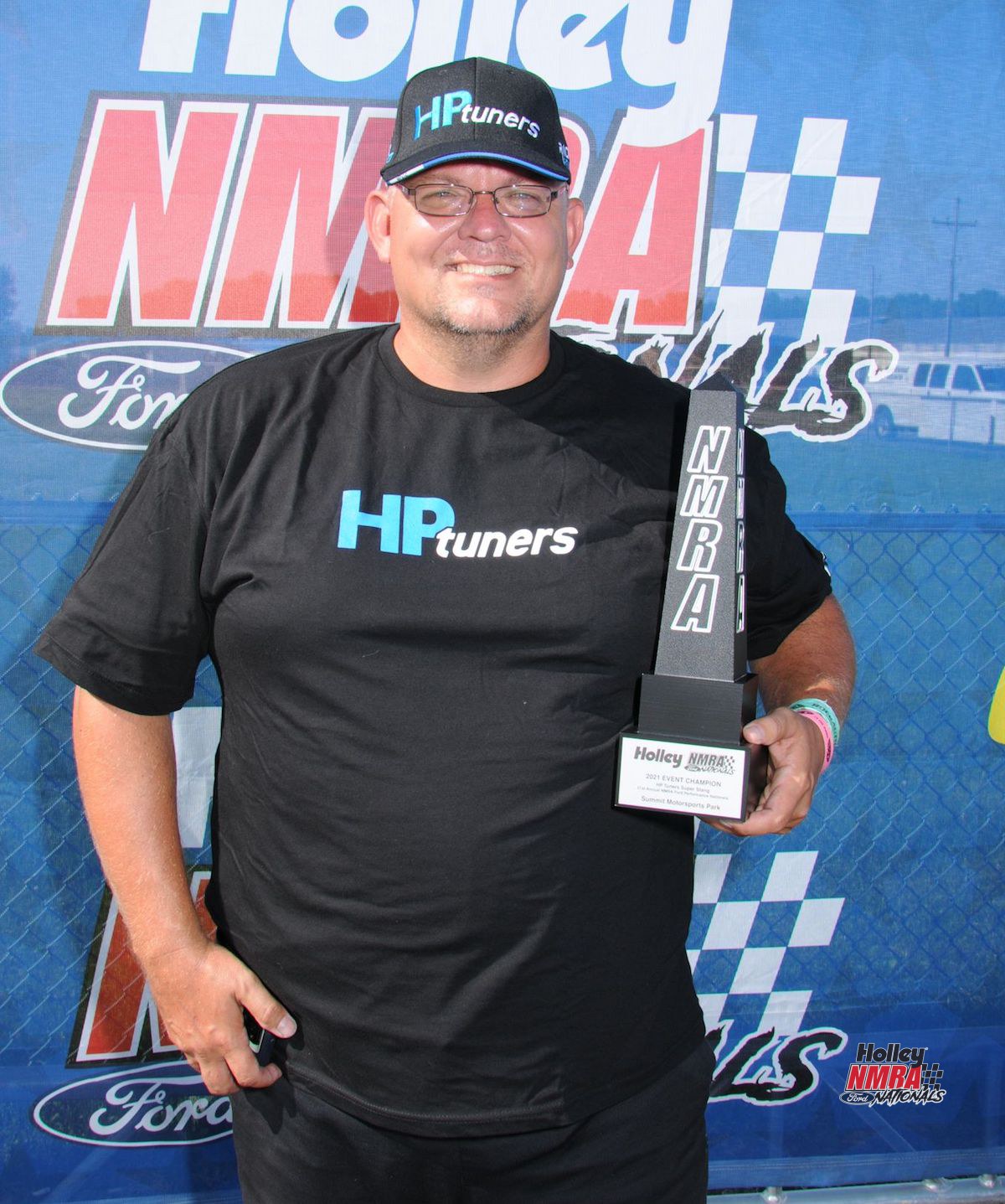 He was quick to shake that off, as he qualified in the second spot with an .010 reaction time and won with a 12.09 on a 12.07 dial at the NMRA Ford Performance Nationals in June at Summit Motorsports Park in Ohio. He followed that with an .090 reaction time to qualify in the eighth spot and lost in the third round of eliminations with a 12.17 on a 12.09 dial at the Inaugural Arrington Performance NMRA/NMCA Power Festival presented by Force Engineering in July at U.S. 131 Motorsports Park in Michigan. Anxious to seal the deal, Parisi qualified in the fourth spot with an .043 reaction time, and despite losing in the first round of eliminations with an 11.97 on an 11.91 dial at the Whipple Superchargers NMRA All-Ford World Finals presented by Competition Clutch and Holley Intergalactic Ford Festival in September at Beech Bend Raceway Park in Kentucky, he locked up the 2021 HP Tuners Super Stang championship. “Every NMRA round win is big, and to have the most points and a championship at the end of a season is like icing on a cake,” said Parisi, who has also earned championships in Fun Ford Weekend and at Gainesville Raceway and Jax Raceways in Florida. “I’d like to thank my family, friends and sponsors for all their support. Running a national series takes a lot of help and I couldn't do it by myself.” Parisi will be commended at the NMRA Ford Nationals Champions Ceremony, which will be held during the PRI Show on Dec. 10 at the Indiana Convention Center in Indianapolis, and in the upcoming Champions Issue of Fastest Street Car Magazine. “With thirty-one years behind the wheel, I know from experience that losing is learning, and I've learned a lot over the years,” said Parisi. “My championships didn't come easily.” 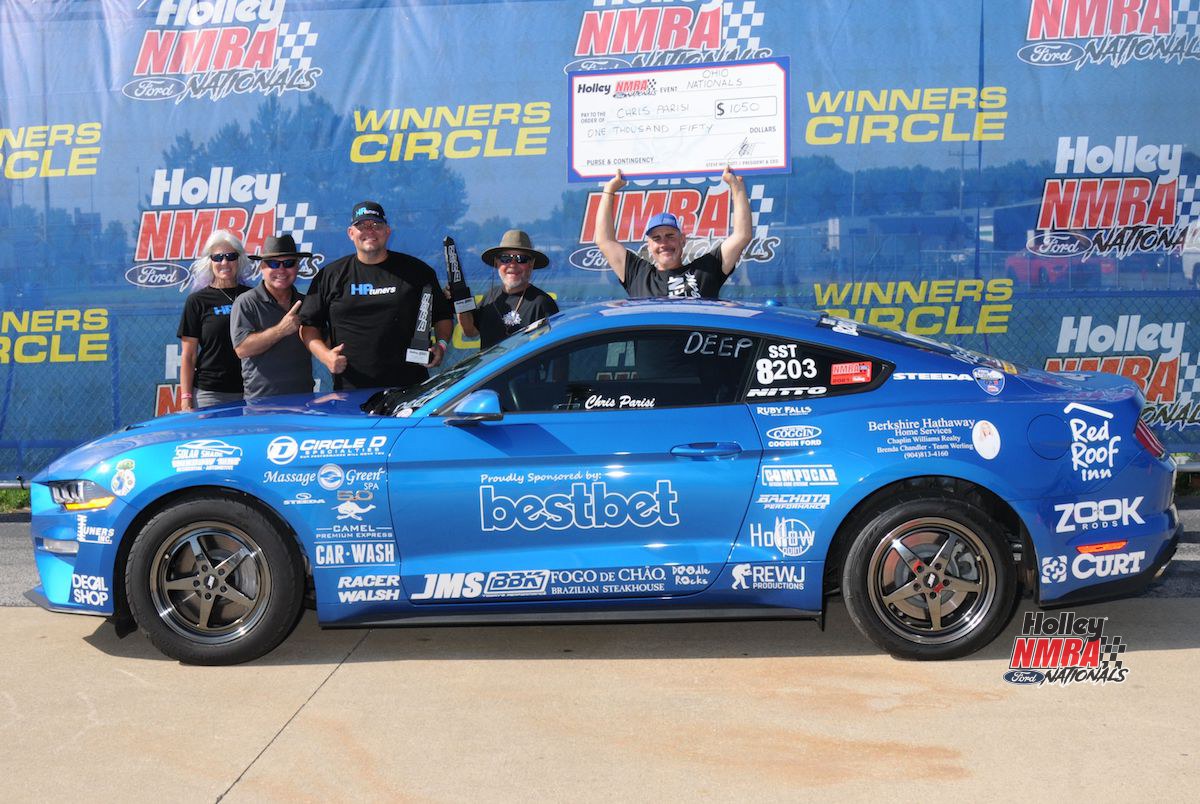