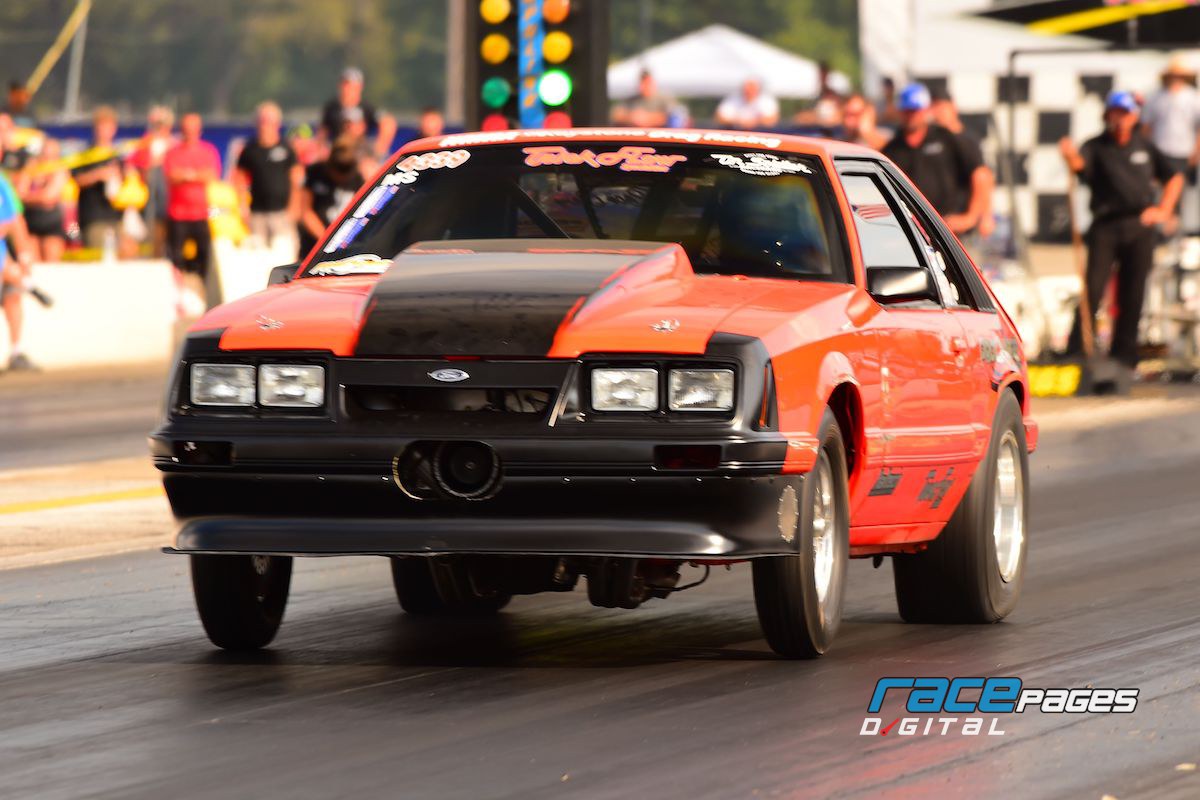 By Mary Lendzion Photos by NMRA and courtesy of Martin Connelley After so successfully running nitrous, Martin Connelley surprised some fans and fellow racers when he went with a ProCharger last year. He gathered information and got to know his new combination consisting of a BES Racing Engines-built 363 cubic-inch 8.2 deck Ford engine, Trick Flow High Port heads, belt-driven ProCharger D-1X, RPM Transmissions Turbo 400, ProTorque converter and a Haltech engine management system. Then, in no time, he rounded up wins and records in NMRA ProCharger Modified Street and DXP235 Drag Radial in the Mustang which has a chassis upgraded by Tin Soldiers Race Cars, rolls on TRZ and Menscer Motorsports suspension and is owned by Eddie and Maggie McCarty. For his success, the Kentuckian was quick to credit the companies and people above, as well as tuners Eric Gash and Eric Mitchell, and Daniel Bradley, Brent Daniel, Cory Brooks, Dalton Winfield, and his wife, Michelle Connelley, and closed his 2019 race season with a third place finish in NMRA ProCharger Modified Street, where he clocked a best of 7.72 and 174 mph in the quarter-mile, a championship in DXP235, where he clocked a best of 4.98 and 141 mph in the eighth-mile and a win in Wild Street at the Haltech World Cup Finals Import vs. Domestic at Maryland International Raceway, where he made a 7.48 and 183 mph look easy. 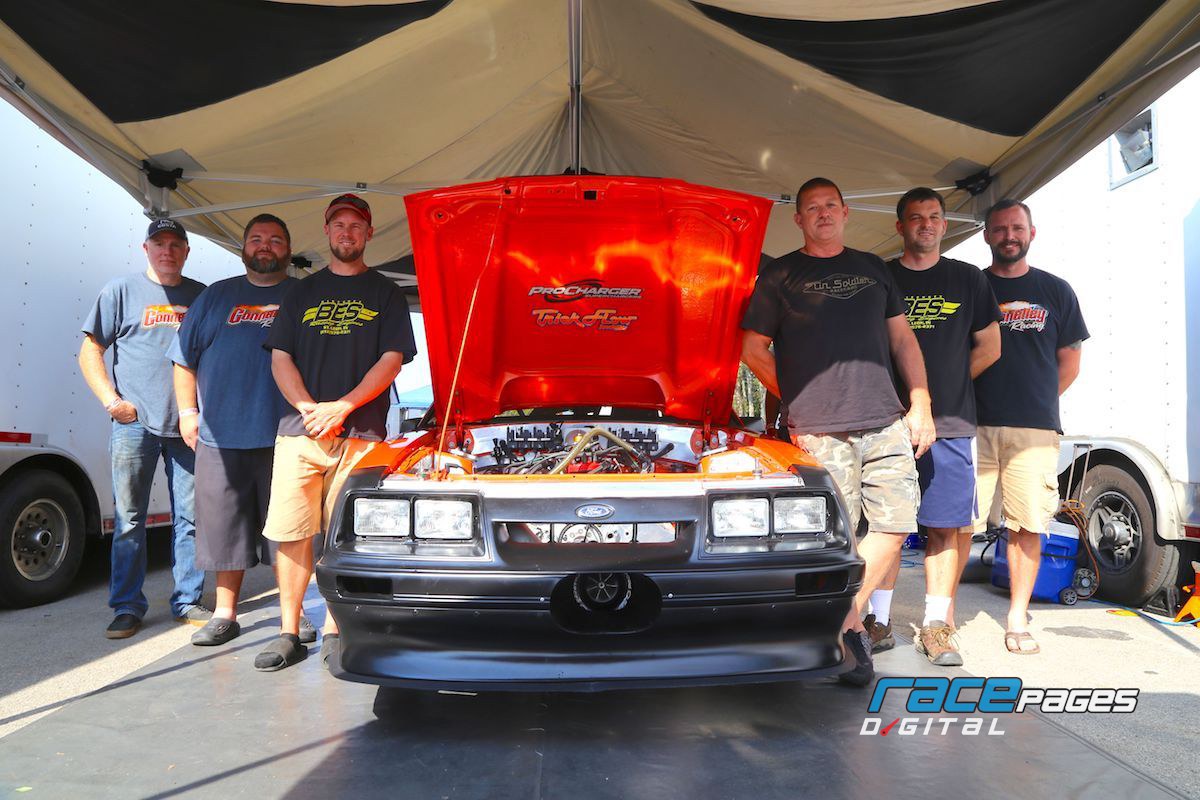 I ran the 7.48 and 183 mph on my last pass of the year, and it was the quickest and fastest I had ever been in that car, said Connelley. We call the last pass of the year the pass that we go to bed on, and that was a good way to go to bed. We had a pretty stellar year. With his focus on diving into NMRA Edelbrock Renenade, and defending his DXP235 now called Limited 235 championship in 2020, Connelley sent his engine to Tony Bischoff of BES Racing Engines to be freshened over winter. In addition to freshening our engine, giving it new T&D Machine rockers and making some small changes, Tony helped us track down an oiling problem, said Connelley, who might also compete in NMCA Edelbrock Xtreme Street. We were losing a bit of oil pressure, and as it turned out, the regulator in the oil pump was starting to fail. When the work was wrapped up and the engine was paired with the belt-driven ProCharger D-1X, Connelley and his crew revved up for the race season at the Lights Out 11 in February at South Georgia Motorsports Park. He had his work cut out for him, as he entered Limited 235 in the Mustang Eddie and Maggie McCarty own and he entered DXP Street in the Mustang he and his wife, Michelle Connelley, own, which is powered by Jason Waterman's small-block Ford, a Book Racing carburetor and a Fast Lane nitrous system. He set the pace in qualifying in both cars and both categories, set records in Limited 235 with a 4.88 and 143 mph, set a record in DXP Street with a 4.92 and wrapped up wins in both categories. 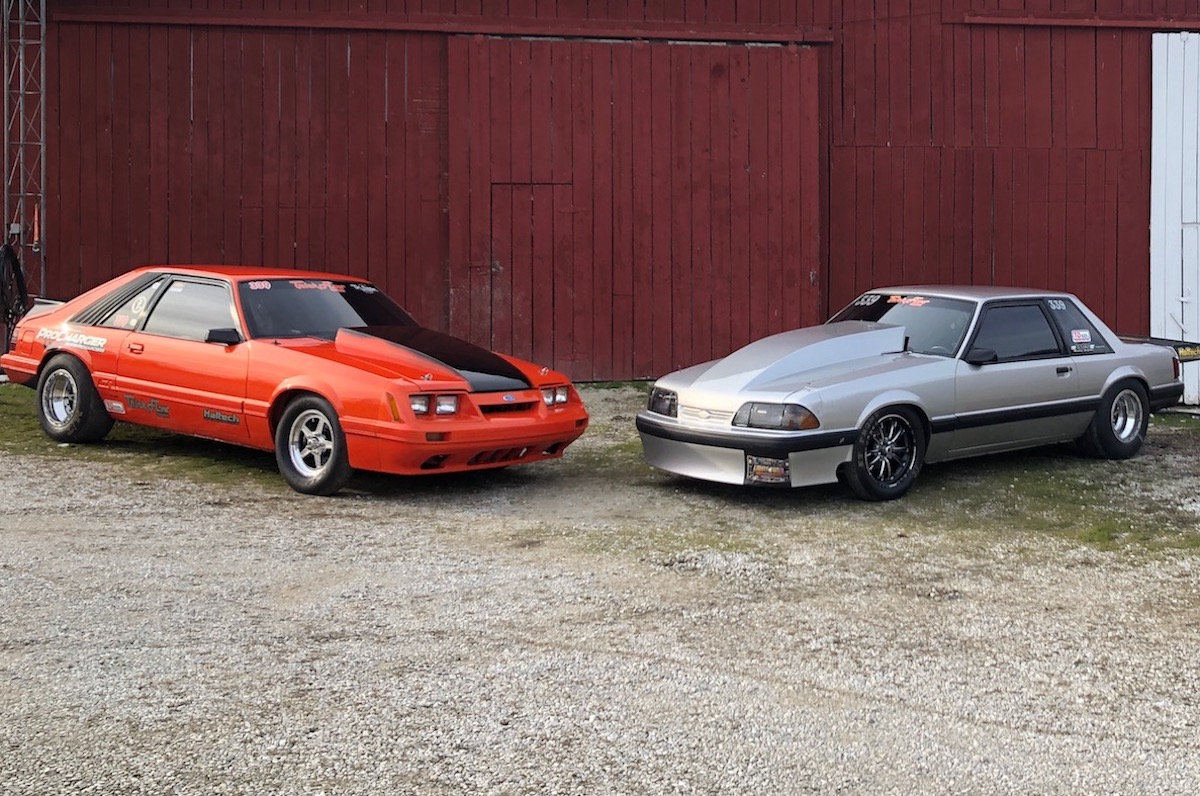 We were pretty proud of that, said Connelley. Upon returning home from the race and the remarkable accomplishments, Connelley swapped his belt-driven ProCharger D-1X with a new gear-driven ProCharger F-1A-94 and began testing to run the combination in NMRA Edelbrock Renegade. Eric Gash of Haltech helps me on the dyno, and Eric Mitchell and Jason Waterman help me at the track, and we made some test passes on June 20 at Kentucky Dragway, said Connelley. The track wasn't set up for very high-horsepower cars that day, but we got some passes in and we're confident we can be competitive. While Connelley hopes to attend the 12th Annual Scoggin-Dickey Parts Center NMRA/NMCA All-Star Nationals, this weekend, June 25-28 at Atlanta Dragway, he admits he may have to be somewhere else. Either way, he plans to compete in NMRA Edelbrock Renegade for the remainder of the year. We're really looking forward to trying NMRA Renegade with the new ProCharger, said Connelley. 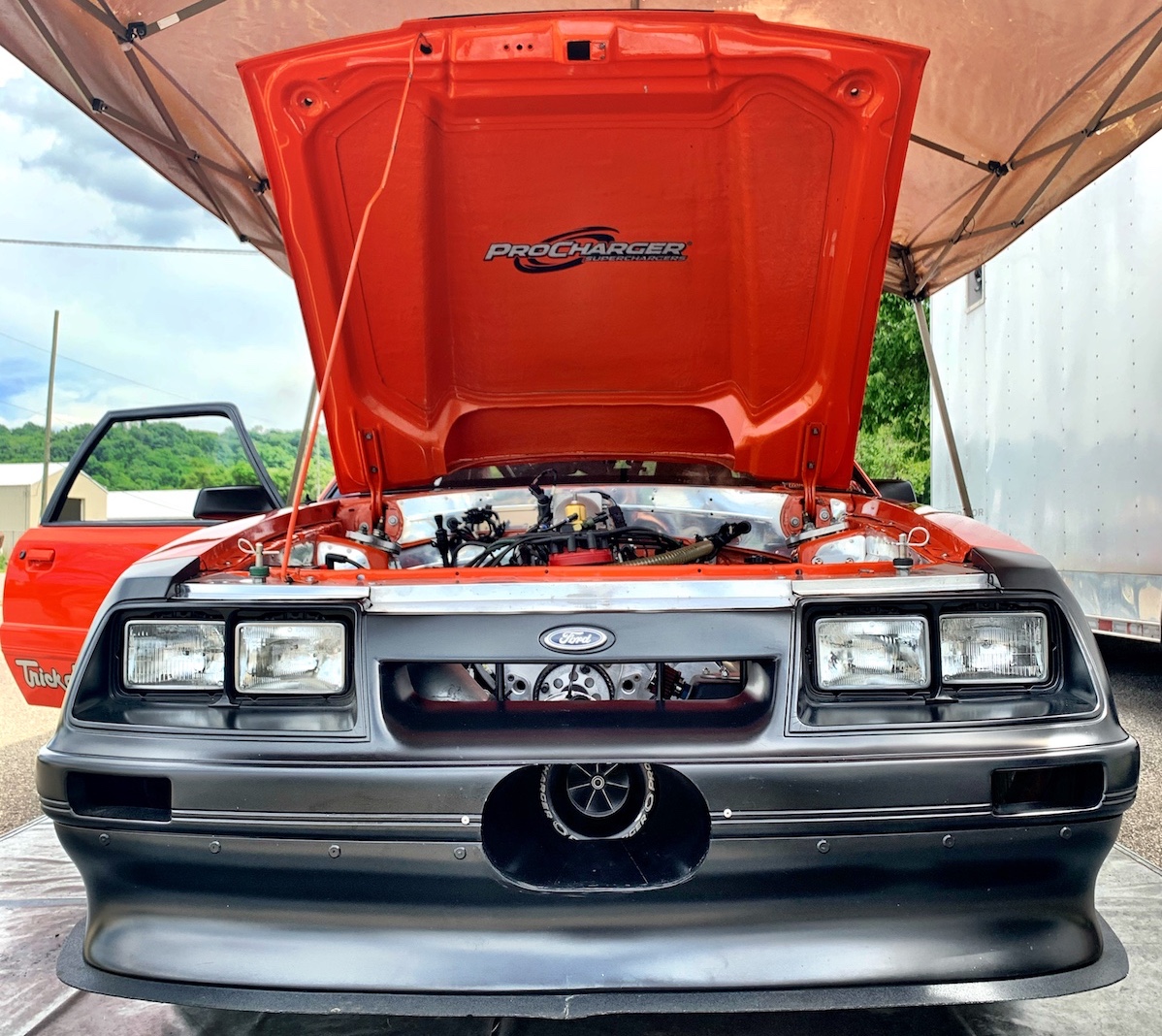