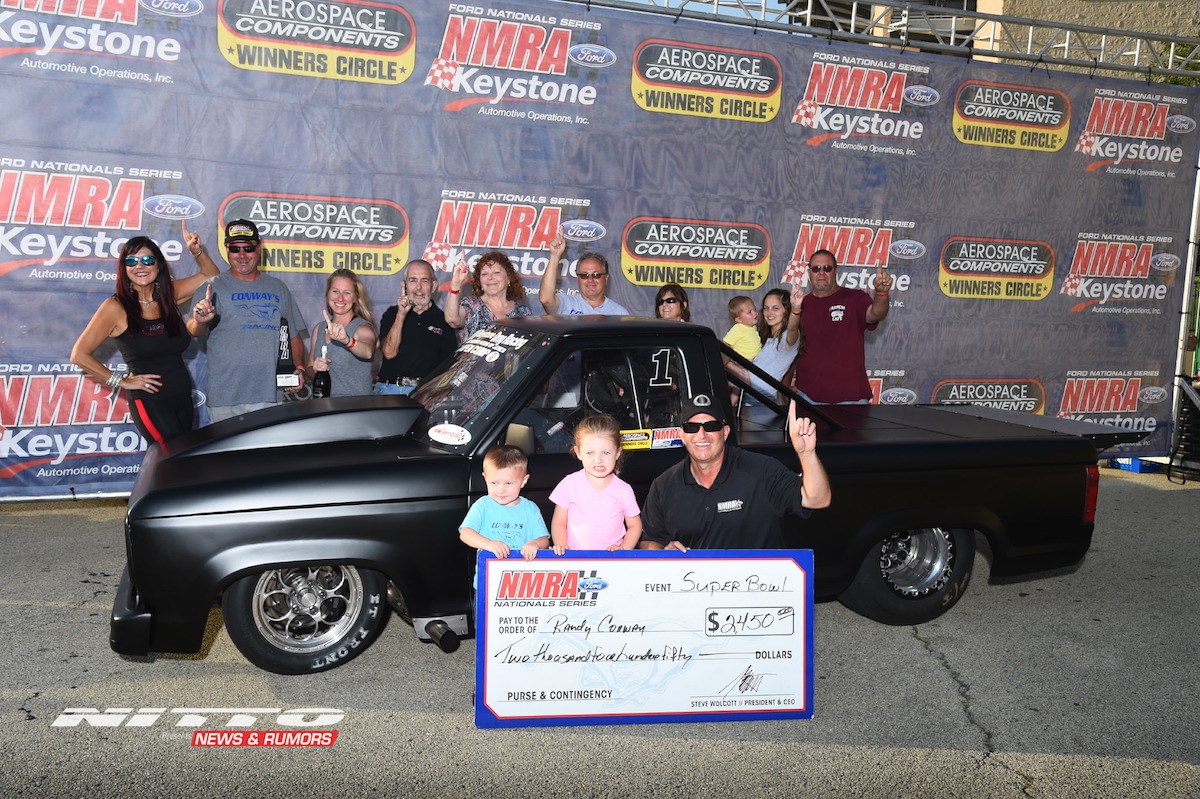 Having earned a championship in NMRA Detroit Locker Truck and Lightning in 2016 and 2017, Randy Conway had his sights set on earning another one in 2018. He started by going rounds in the Ranger owned by Bruce Lampton at the events in Florida and Georgia, and then he earned a runner-up finish with a 10.19 against Johnny Lightning at the 18th Annual NMRA Ford Motorsport Nationals in May at Maple Grove Raceway in Pennsylvania. He followed that with a 10.41 against Amanda Saad to take a trip to the Aerospace Components Winner's Circle at the 15th Annual NMRA Ford Supernationals in June at National Trail Raceway in Ohio, and then a 10.29 against Mike Motycka to win at the 13th Annual Nitto NMRA/NMCA Super Bowl of Street Legal Drag Racing presented by Fuel Systems Technology in July at Route 66 Raceway in Illinois. Also at that event, he helped Team NMRA win the Super Bowl runoff against Team NMCA and drove his wife Kelly Conway's Mustang to a runner-up finish against Bryan Parker in Race Star Wheels Ford Muscle. 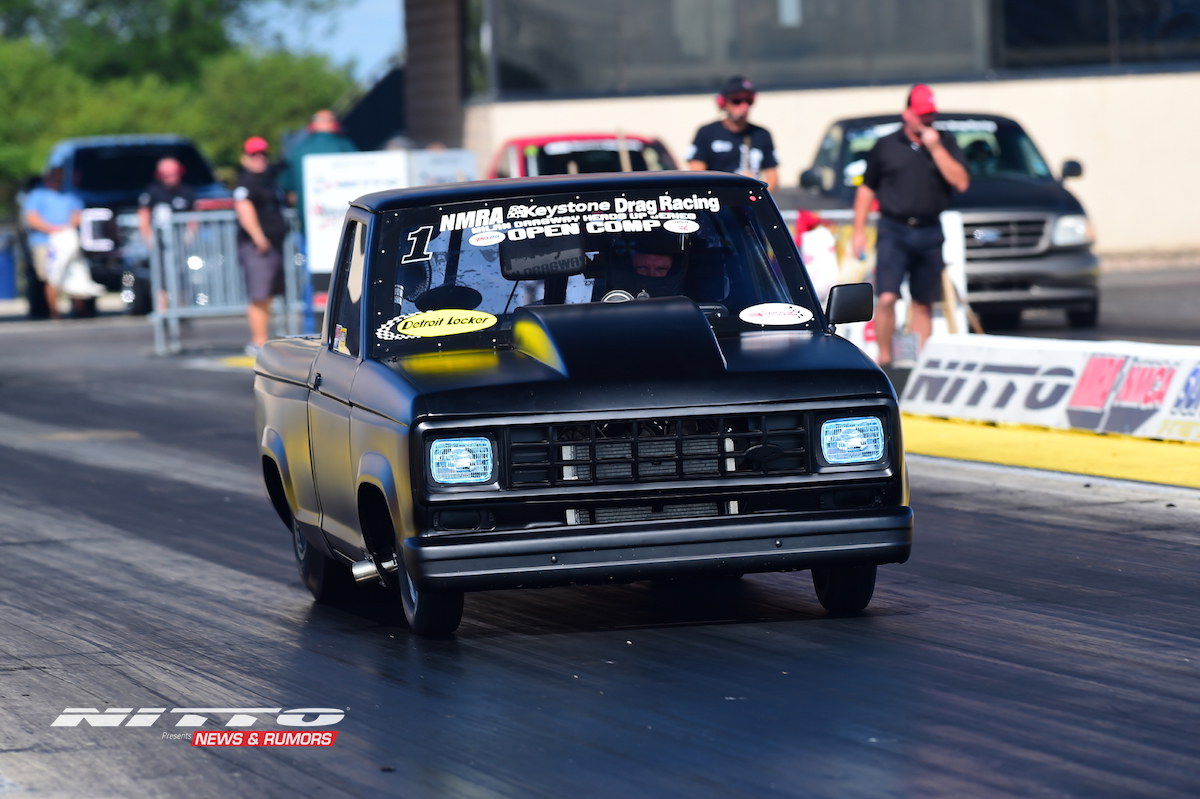 After pushing through some rounds at the final event of the season, the 20th Annual Nitto Tire NMRA All-Ford World Finals in September at Beech Bend Raceway in Kentucky, Conway cemented his third NMRA Detroit Locker Truck and Lightning championship in a row. The highlight of the year was when I finally won the Super Bowl ring that had eluded me, said Conway, whose wife, Kelly Conway, sister, Ashley Conway Lang, and father, Dennis Conway, all race, and whose children, Shelby, 4, and Chase, 3, cheer all of them on. That whole weekend was great. I had finally got the car finished for Kelly so we took it and I ran it in Ford Muscle, and I runner-upped the first time out in it. I won the truck class, then I got to run against Mr. Chuck Watson and my buddies from Watson Racing in the shootout for the ring. Conway, who also has three NMRA ARP Open Comp championships from previous years under his belt, will be celebrated at the NMRA presented by Keystone Awards Ceremony presented by Aerospace Components, Dec. 7 at the Indiana Convention Center. (Please watch for stories on all champions to be posted on the website and in Fastest Street Car in the days to come.) 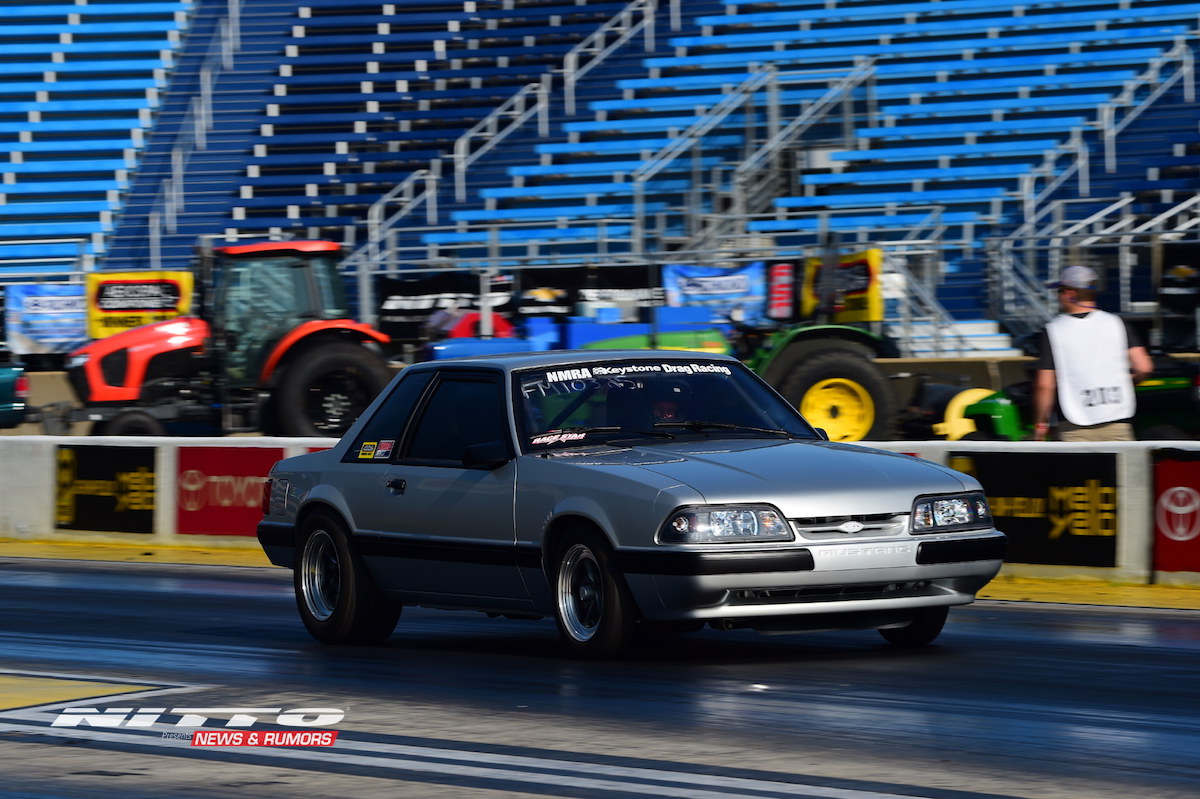