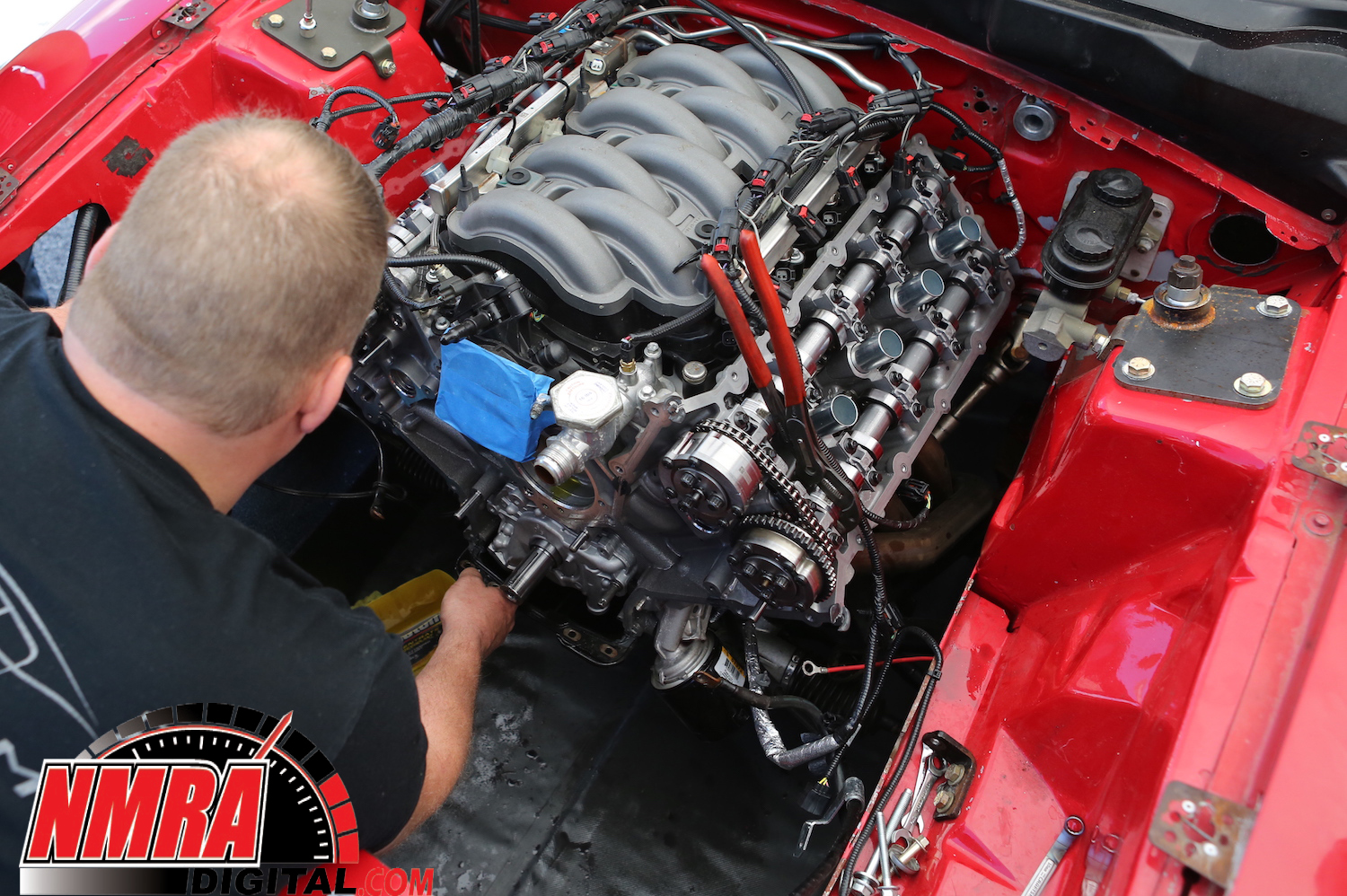 NMRA tech officials will be overseeing oil pump swaps for Coyote Stock engines during the third stop on tour at Maple Grove Raceway April 28-May 1, 2016. The Racer gates open at 12-noon on Thursday, April 28, and an NMRA tech official will be dedicated to the oil pump replacement program from 2PM until 6PM. The official will also be available throughout the rest of the event as needed; racers are asked to schedule a time with the tech official for those who are unable to make it on Thursday. Under no circumstances can the seals be removed without an NMRA representative present during an official and scheduled tear-down. Competitors will need to purchase the following two parts from Ford and bring to the event un-opened. M-6600-A50PKIT Oil Pump Install Kit http://www.fordracingparts.com/parts/part_details.asp PartKeyField=25283 M-6600-50CJ Oil pump with billet gear http://www.fordracingparts.com/parts/part_details.asp PartKeyField=22365 This is the first step in addressing several concerns in the Coyote Stock class coming out of the Florida meeting. The NMRA is working with Ford Performance in evaluating the shrinking stock of 2011-2014 Coyote engines, a re-build program that is common in other sealed crate engine racing programs, and the possible implementation of the Coyote 5.0L engine produced for 2015-newer vehicles. Racers who are unable to attend the Ford Motorsport Nationals or elect to change oil pump gears at a later date will have the option at a future NMRA race.