By Mary Lendzion Danny Towe began racing his 1970 Mustang Sportsroof soon after he purchased it in 1993. He was going rounds with great results in bracket and index categories at Atlanta Dragway and in Fun Ford Weekend when NMRA Exedy Racing Clutch racer Shane Williams told him that the NMRA was starting the Race Pages Digital Ford Muscle category in 2016, and that he was confident it would appeal to Towe since it was going to be contested in index format, on the quarter-mile and for foot-brake racers. Towe dove in, and drove to his first championship in the category that very year. Since then, he’s been trying to earn another championship in the category in his car powered by a 351 cubic-inch Windsor engine which he built and backed with a Powerglide. While he missed the BMR Suspension NMRA Spring Break Shootout in March at Bradenton Motorsports Park in Florida, he qualified in the third spot with an 11.79 on an 11.75 index and won a double breakout race with an 11.74 at the Scoggin Dickey Parts Center NMRA/NMCA All-Star Nationals presented by MAHLE Motorsport in April at Atlanta Dragway. It wasn’t without trouble, however. “I broke the planetary in my Powerglide on Saturday morning at that race, and had to pull it out, rebuild it and reinstall it before I went on to win, but I had a lot of help from friends,” said Towe. He followed that by qualifying in the seventh spot with an 11.77 on an 11.75 index and winning again, this time with an 11.86, at the NMRA/NMCA Super Bowl of Street Legal Drag Racing presented by HPJ Performance in May at World Wide Technology Raceway in Illinois. 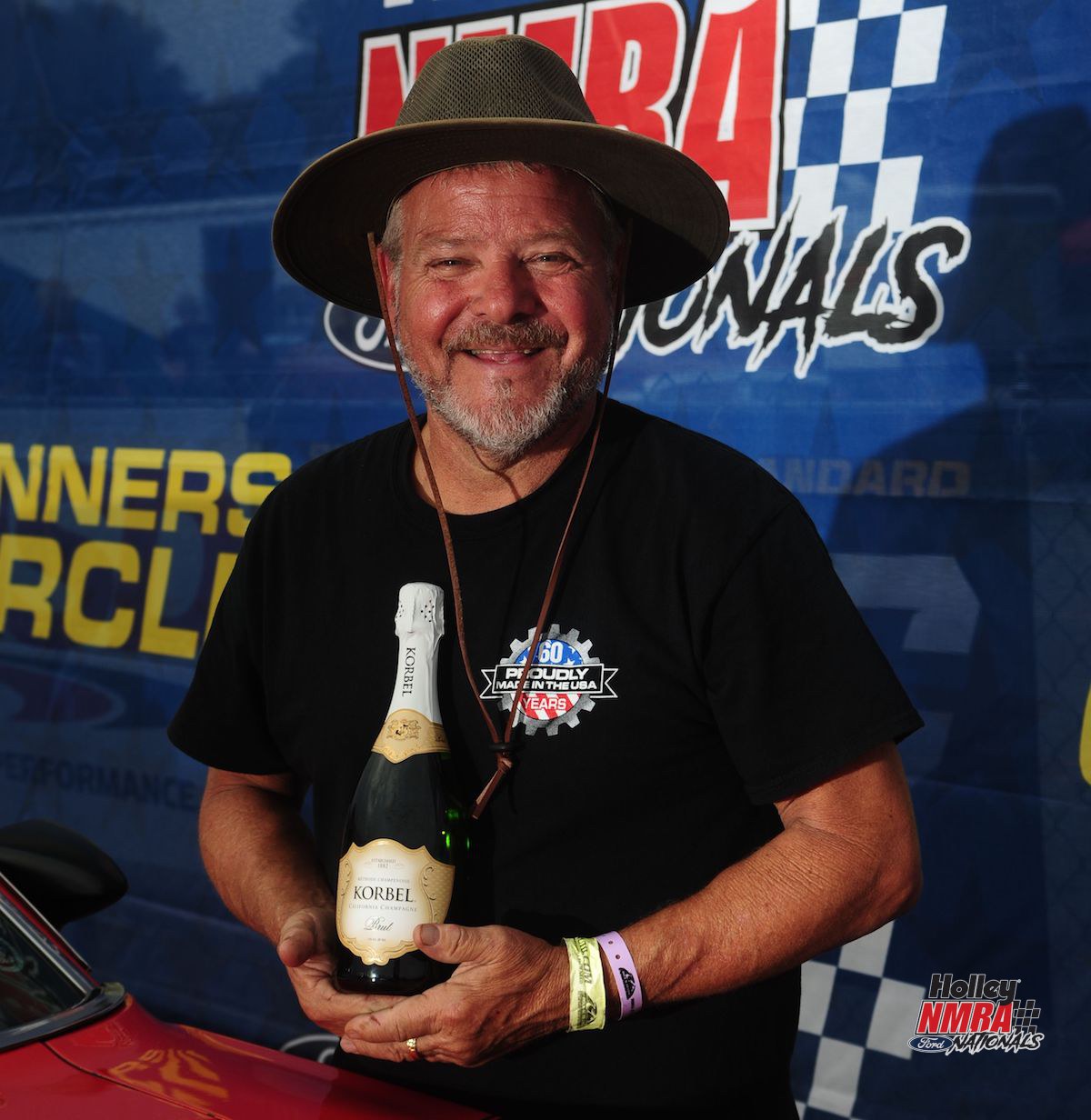 “My transmission had a leak and I pulled it out three times on Friday at that event, so it was great to pull off a win,” said Towe. On a roll, the racer from Lavonia, Georgia then qualified in the fifth spot with a 12.02 on a 12.00 index and won with a 12.01 at the NMRA Ford Performance Nationals in June at Summit Motorsports Park in Ohio. “After that third win, I realized I had a chance at the championship,” said Towe, who qualified in the fifth spot with a 12.04 on a 12.00 index and lost in the second round of eliminations after breaking out with an 11.95 on a 12.00 index at the Inaugural Arrington Performance NMRA/NMCA Power Festival presented by Force Engineering in July at U.S. 131 Motorsports Park in Michigan. Hoping to seal the deal, Towe headed to the Whipple Superchargers NMRA All-Ford World Finals presented by Competition Clutch and Holley Intergalactic Ford Festival in September at Beech Bend Raceway Park in Kentucky, where he qualified in the eleventh spot with an 11.78 on an 11.75 index and lost in the semifinal round of eliminations with a break out time of 11.74. While he didn’t win the race, he won the 2021 NMRA Race Pages Digital Ford Muscle championship. “Perseverance pays off, and I was fortunate to have help from a lot of friends,” said Towe. “In fact, I wouldn’t have been able to win this championship without them. I’d like to thank my wife, Suzanne, my fellow racers and best buddies David Mormann and Shane Williams, and my sponsors, Harland Sharp and Atlanta Auto Diesel.” Towe will be celebrated at the NMRA Ford Nationals Champions Ceremony, which will be held during the PRI Show on Dec. 10 at the Indiana Convention Center in Indianapolis, and in the upcoming Champions Issue of Fastest Street Car Magazine. “I’m very grateful to have earned this championship, and I will try to defend it so that I can keep the number 1 on the windows of my car,” said Towe.