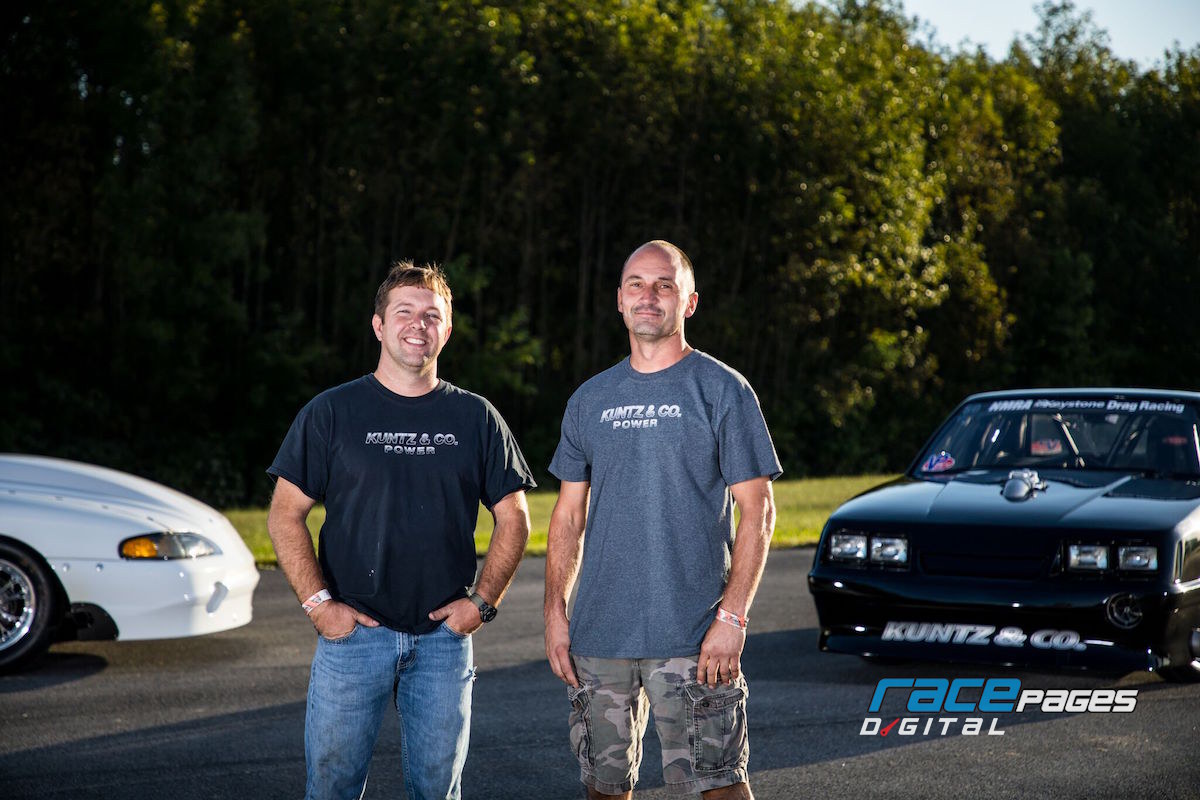 Twenty years ago, Russell Stone bought a Fox-body Mustang from Dwayne Barbaree, and a friendship was formed.

They would work on the car together, and Stone would street-race it while Barbaree street-raced another Fox-body Mustang, and when they lined up alongside each other for the first time, Stone, who had never lost a street race, was outrun by Barbaree.

When they moved from the street to the strip years later and partnered to pool their resources for NMRA Pure Street and World Ford Challenge Pure Street competition, they shined, and when they moved to NMCA Vortech Superchargers Street Outlaw and NMRA VP Racing Fuels Street Outlaw in 2013, they were in the spotlight even more with Stone as the commendable crew chief and car owner, and Barbaree as the deft driver.

Their completely capable car at that point was a black Fox-body Mustang coupe previously owned by Travis Franklin and powered by a small-block Ford built by Kuntz and Company a business which Stone recently purchased and a Precision turbo. In it, Barbaree blasted to the 2014 championship in NMCA Vortech Superchargers Street Outlaw. 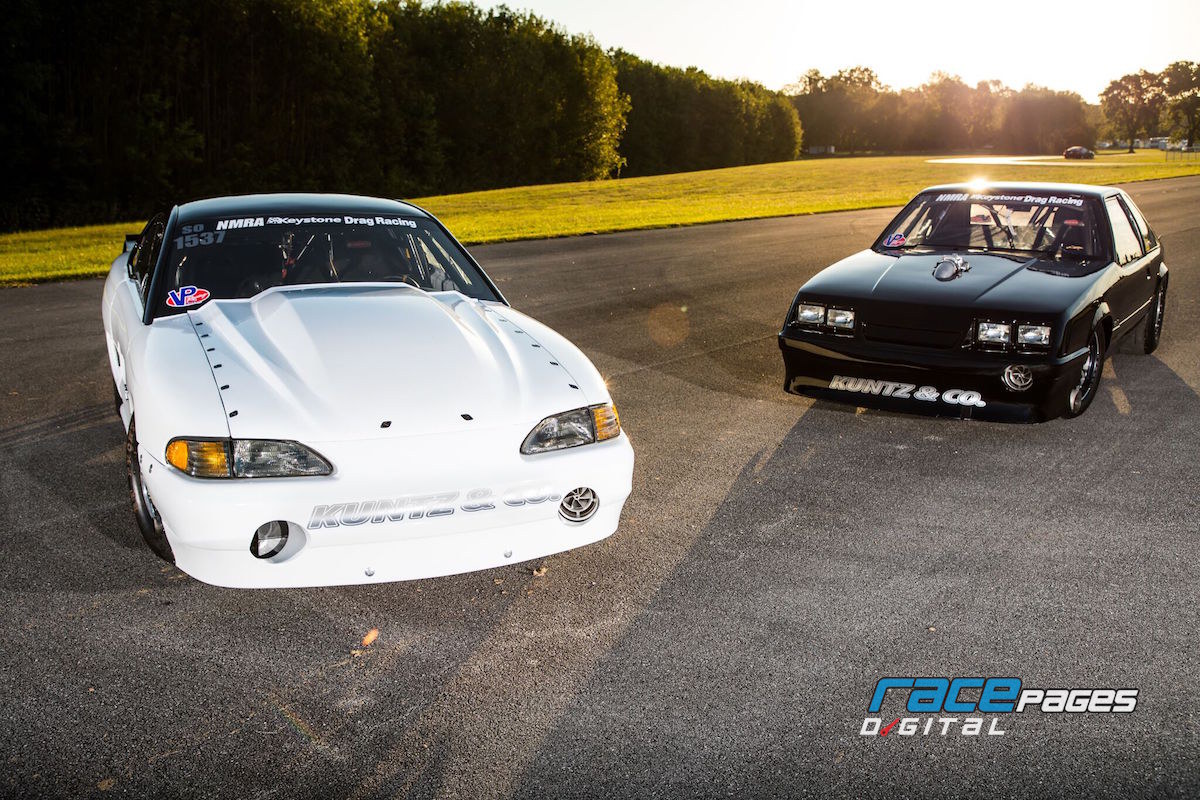 With their success soaring, some were surprised to see Stone mix things up by purchasing NMCA ARP NA 10.5 driver Ben Mens Fox-body Mustang in 2016 and making plans to pilot it alongside Barbaree in NMCA Vortech Superchargers Street Outlaw and NMRA VP Racing Fuels Street Outlaw in 2017.

Those plans included performing chassis work on the car and giving it a Kuntz and Company-built small-block Ford topped with Kuntz and Company-massaged Edelbrock SC1 heads and a CFE sheetmetal intake. Fans were again surprised when Stone, who's super-skilled in tuning turbo combinations, installed a SpeedTech nitrous system in the car, along with an M&M Transmission-built Powerglide. As a finishing touch, he had the car's wrap removed and had it painted black by Johnny's Custom Paint and Hot Rod Shop before testing and competing in an NMCA Vortech Superchargers Street Outlaw race and an NMRA VP Racing Fuels Street Outlaw race that year. Barbaree, who also competed on a limited schedule, finished in ninth place in NMCA Vortech Superchargers Street Outlawand seventh place in NMRA VP Racing Fuels Street Outlaw points that same year.

For the following year, 2017, Stone replaced the nitrous system in his car with a Precision turbo and decided that he would stay in the driver's seat of the car, which had gone 4.40s. At the same time, he also decided to purchase the storied Southern Speed-built 1995 Mustang Cobra famously piloted by John Kolivas in Drag Radial and later Daniel Pharris in Radial vs. the World, and prepare it for Barbaree.

The Mustang Dwayne was driving was getting a little ratty and needed to be freshened up and updated because basically, it was just a street-car that had been added onto again and again, said Stone. When Daniel Pharris posted his car for sale, we knew it was a good car because of how well he had done in it and because of how well John Kolivas had done in it. It was a proven race car, and I made the trip from our house in Arkansas to Pharris house in Missouri to pick it up. The body was very clean.

The 25.3 double-frame-rail car with a stock-style suspension features a 9.5-inch rearend, and Stone and Barbaree gave it 3.90 gearing and Santhuff's shocks and struts. Under the hood went a Kuntz and Company-built small-block Ford with a compacted graphite iron Dart block, Losito billet heads and a cast intake by Pressurized Solutions. It was fronted by a 98mm Precision turbo, and an M&M Transmission-built Turbo 400 and ProTorque EV1 converter were added to help handle the transferring of massive amounts of power to the pavement.

Southern Speed fabricated new exhaust and turbo plumbing for the car, while Stone chose a FuelTech FT600 engine management system and Stone and Barbaree wrapped up the wiring on the car.

We worked on the car for about six months at Dwayne's shop, Wheels Up Performance, said Stone. We put a lot of hours into it, and we knew we had a good chassis in that car. We tested it in Memphis about fifteen times and it went 4.30s in the heat and definitely not in mineshaft conditions. It drove better than the Mustang Dwayne had been driving.

They debuted their version of the car at the 14th Annual NMRA Super Nationals at National Trail Raceway in Ohio last summer, and Barbaree went on to post a best of 4.35 despite pedaling it. Barbaree contested one race in NMCA Vortech Superchargers Street Outlaw and three in the NMRA's VP Racing Fuels Street Outlaw class, the latter of which he finished sixth over all in points for the year. Stone raced his car minimally, as he wanted to focus on dialing in Barbaree's car. 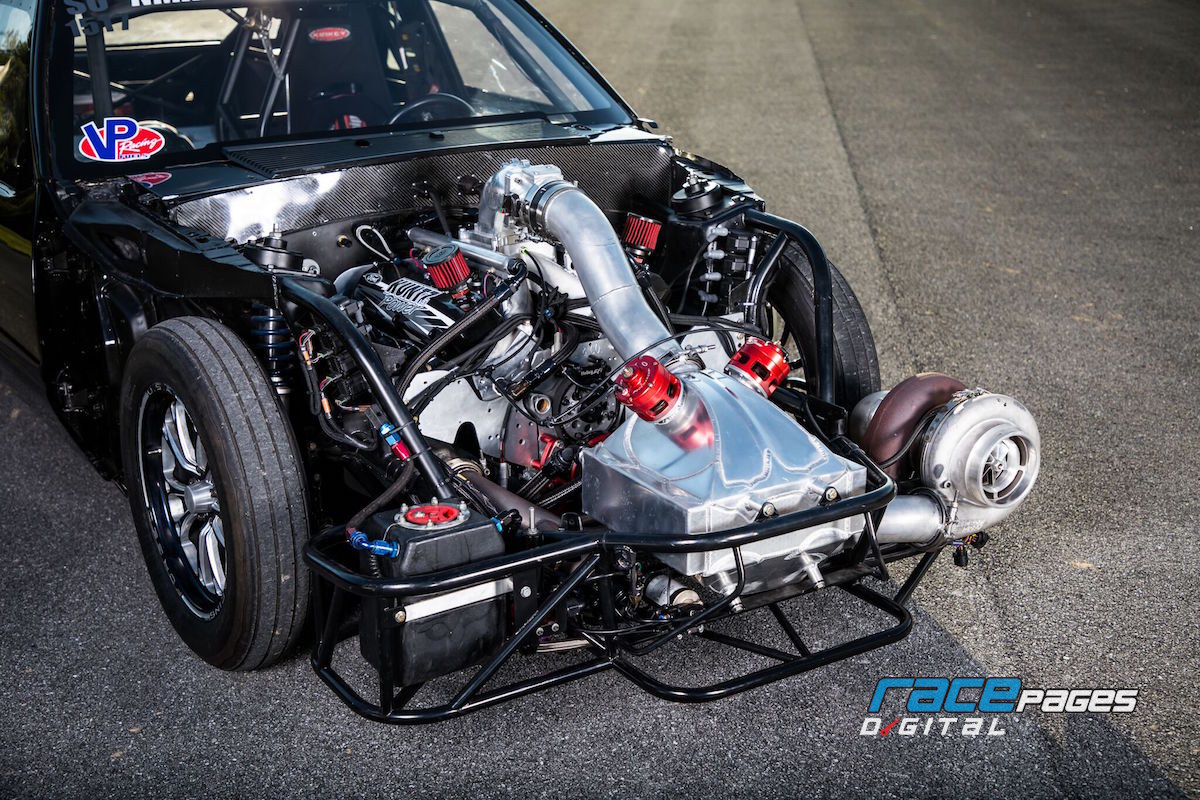 While they freshened the combination over the 2017-2018 winter, they didn't make any major changes to the SN95 Mustang. They did, however, paint the car silver before heading to the 2018 season-opening 16th Annual NMCA Muscle Car Mayhem in early March at Bradenton Motorsports Park in Florida, where Barbaree blasted to a 4.47 to qualify in the fourth spot and made it to the second round of eliminations.

Since the NMCA race in Florida in March, we've run some grudge races and we've done some testing, and we've been in the 4.20s several times, said Stone. Everything is good, the car is competitive and we are very glad we bought it.

Noting that he and Barbaree may be even more successful while focusing on one race program rather than two race programs, Stone recently sold the Mustang he had purchased from Ben Mens to a grudge racer.

It's just too much to maintain two race cars and be competitive as a two-car team, said Stone. This way, we'll be able to focus on doing very well with one car. 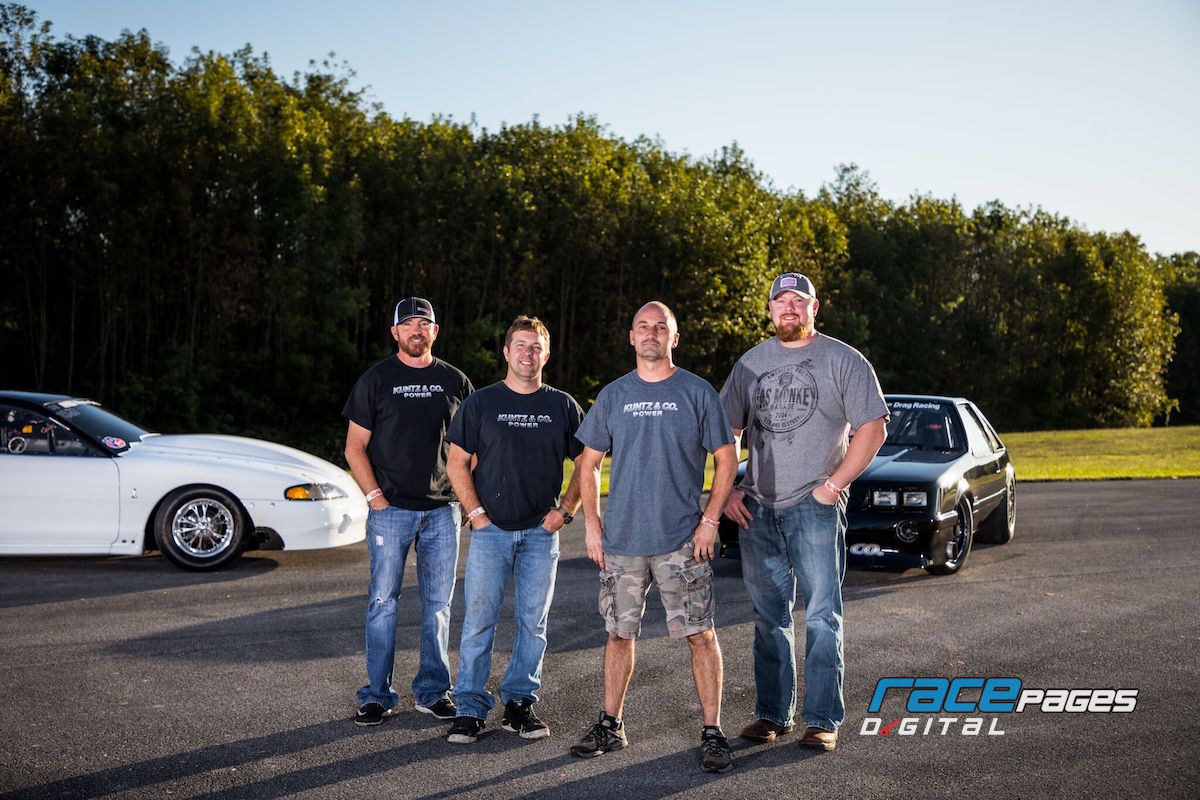