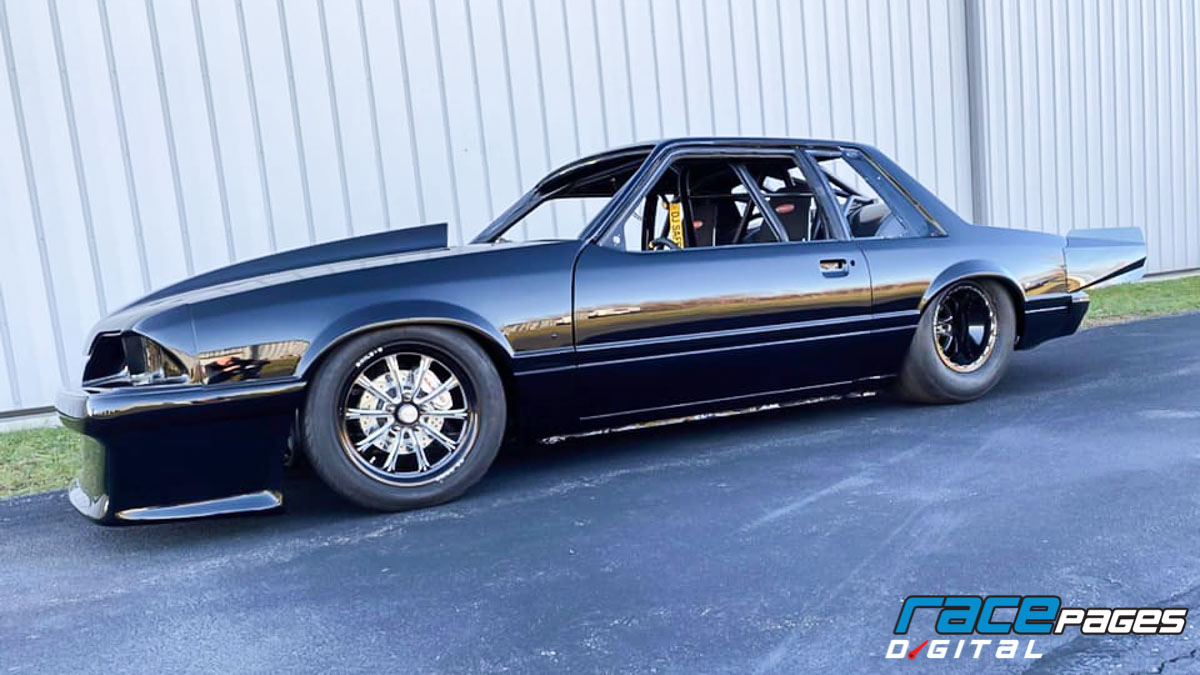 Somethings, things go according to plan and sometimes they simply don't. In Paul Liverette's case, life thew him a curveball, but he knocked it out of the park and decided to live in the moment and change up his Mustang build in the process. Located near Annapolis, Maryland, Liverette brought his Fox body to the talented team at JPC Racing about two years ago for what was only supposed to be a basic Coyote swap after another shop had failed to complete the engine change. It was a complete basket case, a total wreck, laughed JPC's Eric Holliday, who had also completed some work on Liverette's 17 Mustang. The other shop had cut a hole in the floor to clear the transmission because it had the wrong K-member and a bunch of other junk.

A few months later, JPC had it all sorted out and the Gen 2 Coyote engine was happily installed along with a ProCharger supercharger, JPC-built Turbo 400 transmission, shortened 8.8 rearend, and some mini-tubs. With aspirations of running in the 7-second zone or potentially even NMRA Edelbrock Renegade, though, Liverette decided to step it up. It didn't even have a roll bar, Holliday recalled of how he and Liverette decided to do it right and go with a 25.3 SFI certified chassis instead. The Fox was shipped up to Massachusetts in September of 2019 to spend some time with Dennis MacPherson at DMC Racing, and the crew there knocked it out in less than two months.

In late October of 2019, Liverette flew up to Boston to get fitted for the driver's seat and steering column, and he saw another car sitting around with a four link in it. He decided he needed to have that, shared Holliday of his customer's enthusiasm to turn his street car into a full-out race car. So, then we were doing carbon wheel tubs, a tubed front end, four link it snowballed one thousand percent out of control, but in a good way. MacPherson handled building the rear end, complete with Strange Engineering internals, and the shortened 9-inch as well as adding the Tim McAmis Race Cars four-link kit, tubs, handmade rear wing, and more. Still with stock frame rails, though, the car can easily compete in X275 or Ultra Street. If we sawzalled the frame rails, it could be a 10.5 car, said Holliday, only half joking.

Menscer Motorsports was called upon to deliver the shocks at each corner while RC Components wheels keep the car sitting pretty and Schoneck Composites supplied the front and rear bumpers. Lastly, an all-DJ Safety protection system was installed including fire system, twin parachutes, and other necessities to keep Liverette secure. Around the same time, however, Liverette received news that shook him to his core a cancer diagnosis. Holliday asked if he wanted to pump the brakes on the build, but Liverette was committed to seeing it through and was determined to beat the disease. He told me he was going to drive this car if it was the last thing he does, stated Holliday of the other man's determination.

Thankfully, after months of chemotherapy and other treatments, Liverette is in remission and on the road to recovery although a final plan for his Mustang is still to be determined. So, while Liverette regains his strength, the JPC masterminds are busy thinking of options as for how the car can be completed. The ProCharger on it now is about 1,000-horsepower short of what the car needs, but we'll stick with the Turbo 400, noted Holliday, who has dreams of throwing a blown pushrod engine or maybe even a billet Hemi in instead. Whatever we pick, it'll be legit and it'll have a FuelTech. With plans to debut the car at some point in 2021 and likely hit a few NMRA events along the way, it's ultimately up to Liverette and his recovery process to determine the actual timeline. From just a simple Coyote swap to a full-blown 25.3 chassis and four link, Liverette has shown he's eager to enjoy his second chance in life with this build in the best way possible.