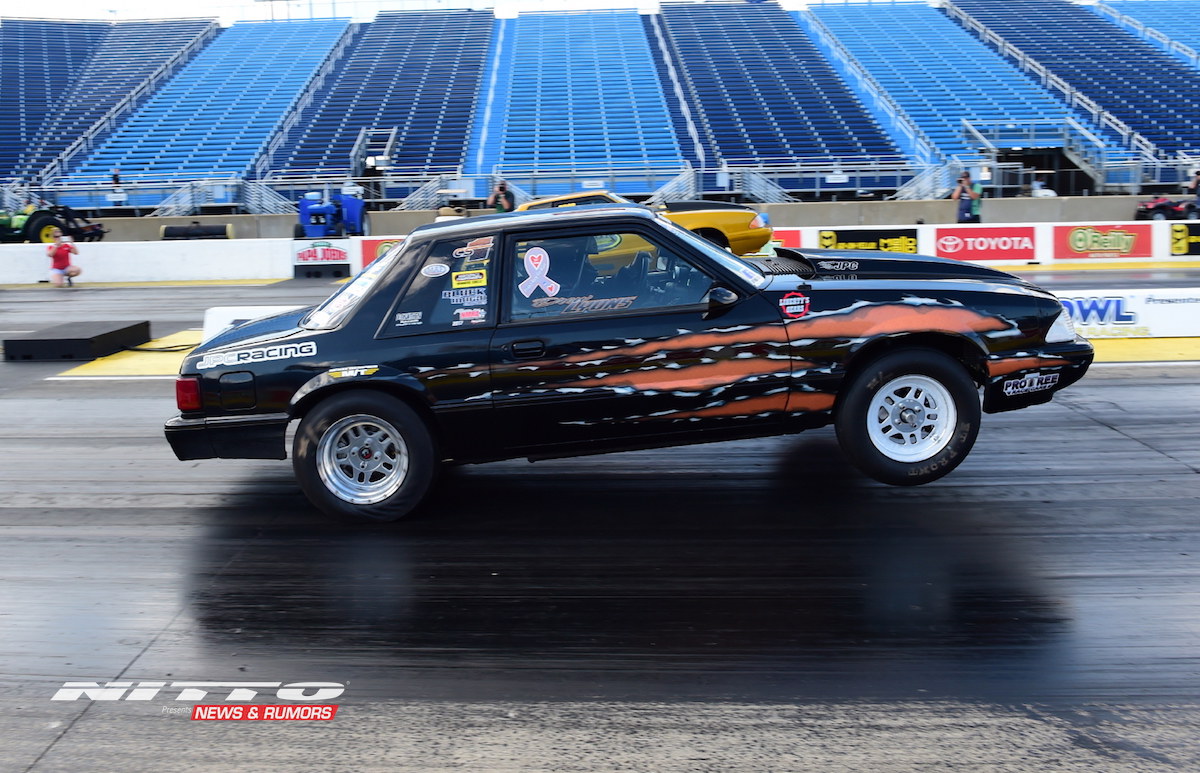 And along the way, he has hit the starting line hard and hung the front tires high in the car motivated by a Coyote engine, Tremec TKO transmission, Liberty's gear set and Black Magic clutch and rolling on Strange suspension and Bogart wheels wrapped with Mickey Thompson slicks.

As a result, the car which has been 10.11 and 131 mph in NMRA G-Force Racing Transmissions Coyote Stock trim and 9.85 and 134 mph while 250 pounds lighter, was in need of some work, and to get started over winter, Lyons replaced its stock torque boxes, which had been braced and welded, with new torque boxes.

While he was at it, he replaced the floorboard on the rear passenger area and the trunk of the car using material from Late Model Restoration.

It was time to replace the floorboard because I had had two different incidents right at the hit that resulted in a broken rear-end housing and a broken driveshaft, said Lyons. The end of the driveshaft whipped around, beating up the floorboard.

Now, Lyons, who said that an oil change is all that's needed for the Coyote engine he's been relying on for three years, is preparing to take part in his first race for the year, the highly-anticipated 13th Annual Nitto NMRA/NMCA Super Bowl of Street Legal Drag Racing, July 26-29 at Route 66 Raceway in Illinois.

I definitely plan to test beforehand because I don't want to show up unprepared, said Lyons.

Also circled on his calendar is the final NMRA event of the year, the 20th Annual Nitto NMRA All-Ford World Finals, Sept. 27-30 at Beech Bend Raceway in Kentucky.

I have been a runner-up, but I've never won there, and I really want to, said a determined Lyons, who has support from his wife, Kristen Lyons, crew chief and fellow racer, Bruce Hemminger, JPC Racing and Pro Tree Race Cars as he focuses on that feat. 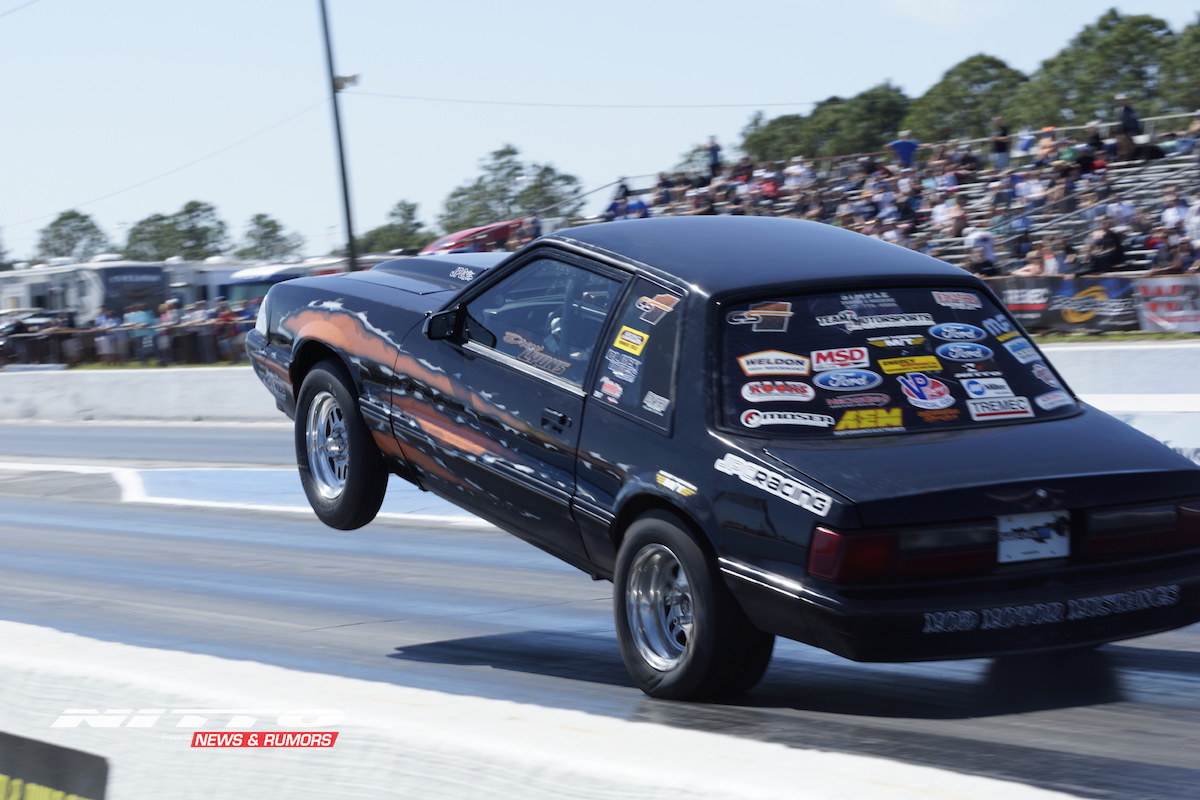