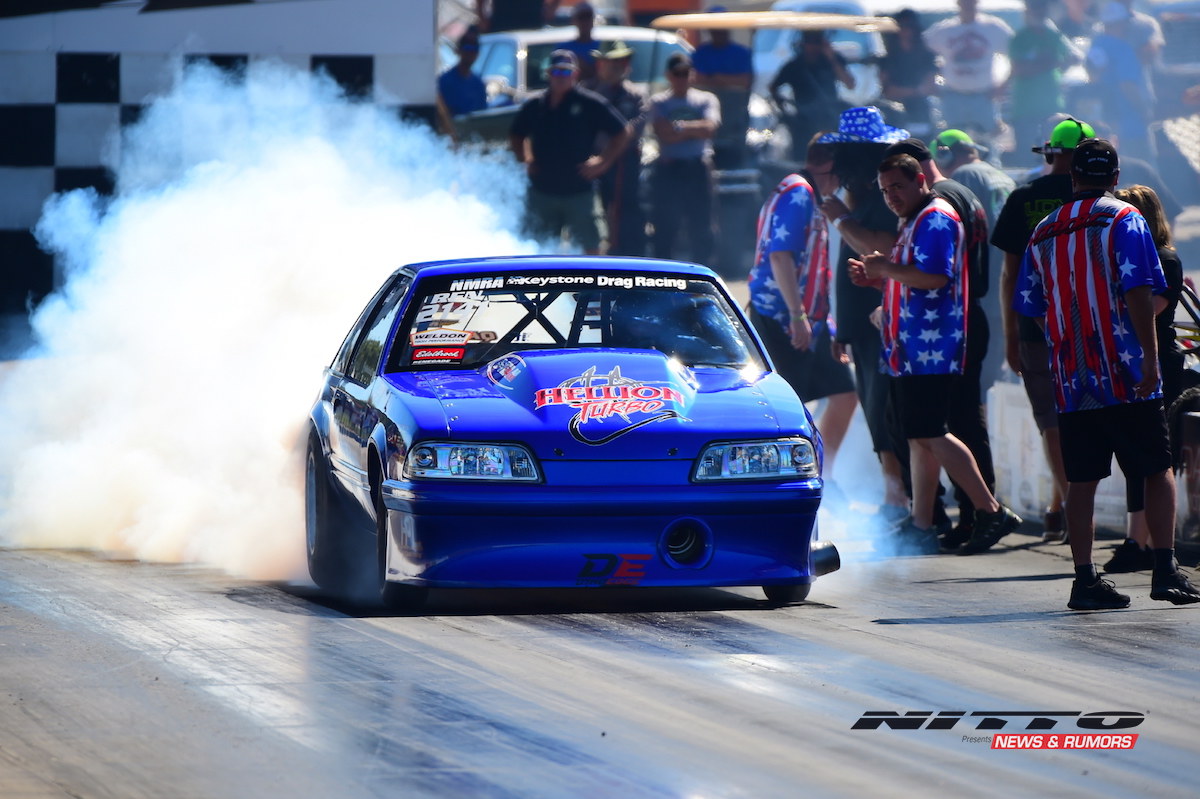 Having earned the NMRA ProCharger Coyote Modified championship in 2014 and the NMRA Edelbrock Renegade championship in 2015, Frank Varela proved that he was a potent racer in a powerful race car. And while he finished toward the top in NMRA Edelbrock Renegade points in 2016 and 2017, he was focused on a championship in 2018. His year began with a 7.39 to qualify in the second spot and a runner-up finish against Bart Tobener at the 24th Annual Nitto Tire NMRA Spring Break Shootout presented by Steeda Autosports in March at Bradenton Motorsports Park. He followed that with a 7.43 to qualify in the second spot and a 7.35 against Tony Hobson to take a trip to the Aerospace Components Winner's Circle at the 10th Annual NMCA/NMRA All-Star Nationals in April at Atlanta Dragway, and then a 7.48 to qualify in the third spot at the 18th Annual NMRA Ford Motorsport Nationals in May at Maple Grove Raceway in Pennsylvania. The New Mexico-based Hellion Racing driver put a 7.50 on the board to qualify in the second spot and finished as runner-up against Brian Mitchell at the 15th Annual NMRA Ford Supernationals in June at National Trail Raceway in Ohio, and then set soared to a 7.38 to set the pace in qualifying and then a 7.39 against Hobson to win at the 13th Annual Nitto NMRA/NMCA Super Bowl of Street Legal Drag Racing presented by Fuel Systems Technology in July at Route 66 Raceway in Illinois. 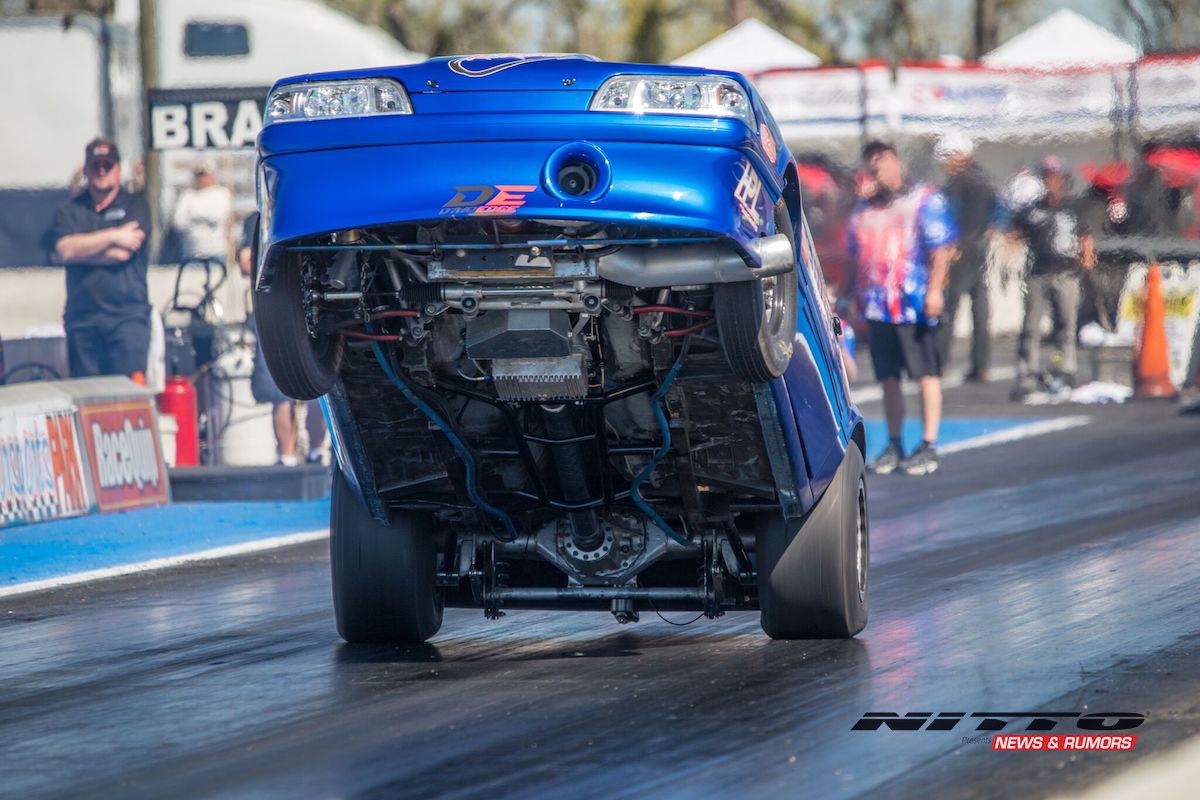 He was 7.44 to qualify in the second spot at the final event of the year, the 20th Annual Nitto Tire NMRA All-Ford World Finals in September at Beech Bend Raceway in Kentucky, and after a semifinal finish, he was declared the 2018 NMRA Edelbrock Renegade champion in his fan-favorite Mustang featuring an MMR engine and Precision turbo. This has been an amazing year, said Varela. I won the championship! Over the last five years, I have won three NMRA championships in two classes, and I couldn't have done it without my race team, B Team. They have always been supportive and have had my back. With all the ups and downs, we managed to come up with the championship." Varela and his fellow champions will be celebrated at the NMRA presented by Keystone Awards Ceremony presented by Aerospace Components, Dec. 7 at the Indiana Convention Center. (Please watch for stories on all champions to be posted on the website and in Fastest Street Car in the days to come.) 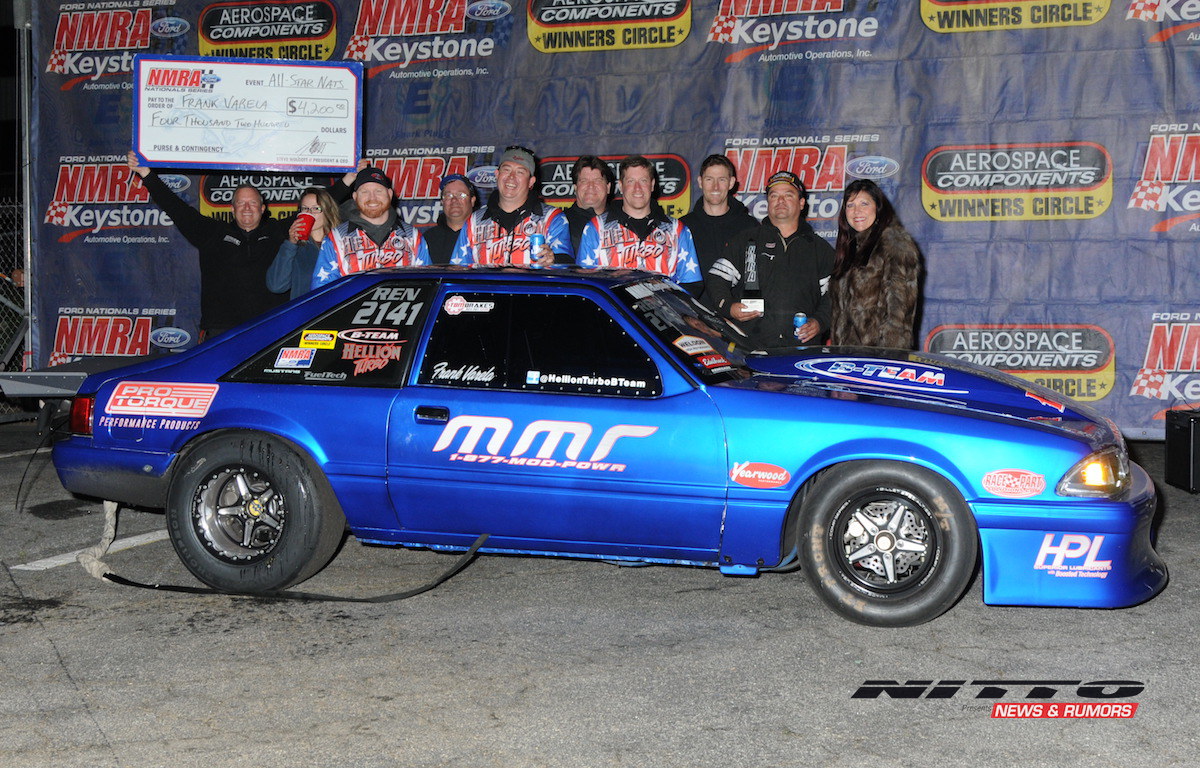