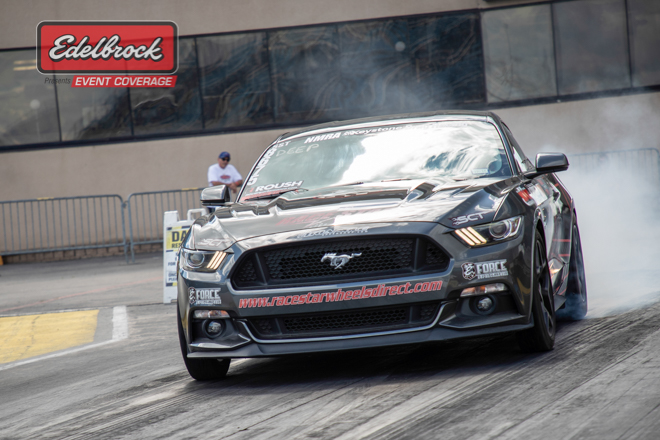 The track is just about ready to go hot here at Rt. 66 Raceway for the 13th Annual Nitto Tire NMRA/NMCA Super Bowl of Street legal Drag Racing presented by Fuel Systems Technology. We go straight into qualifying session number one this morning and we've got over 400 race cars all looking to get down the finely honed 1320. 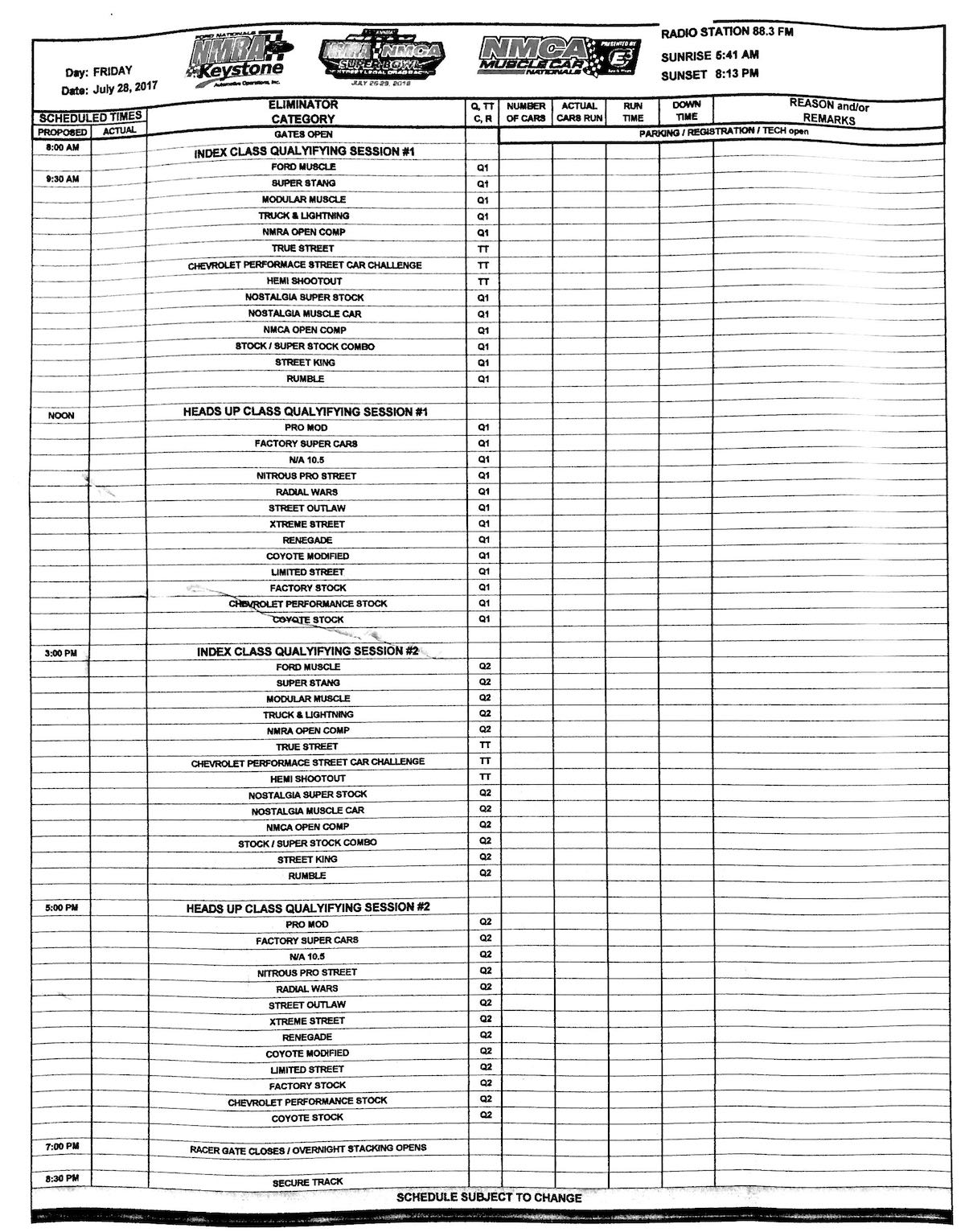 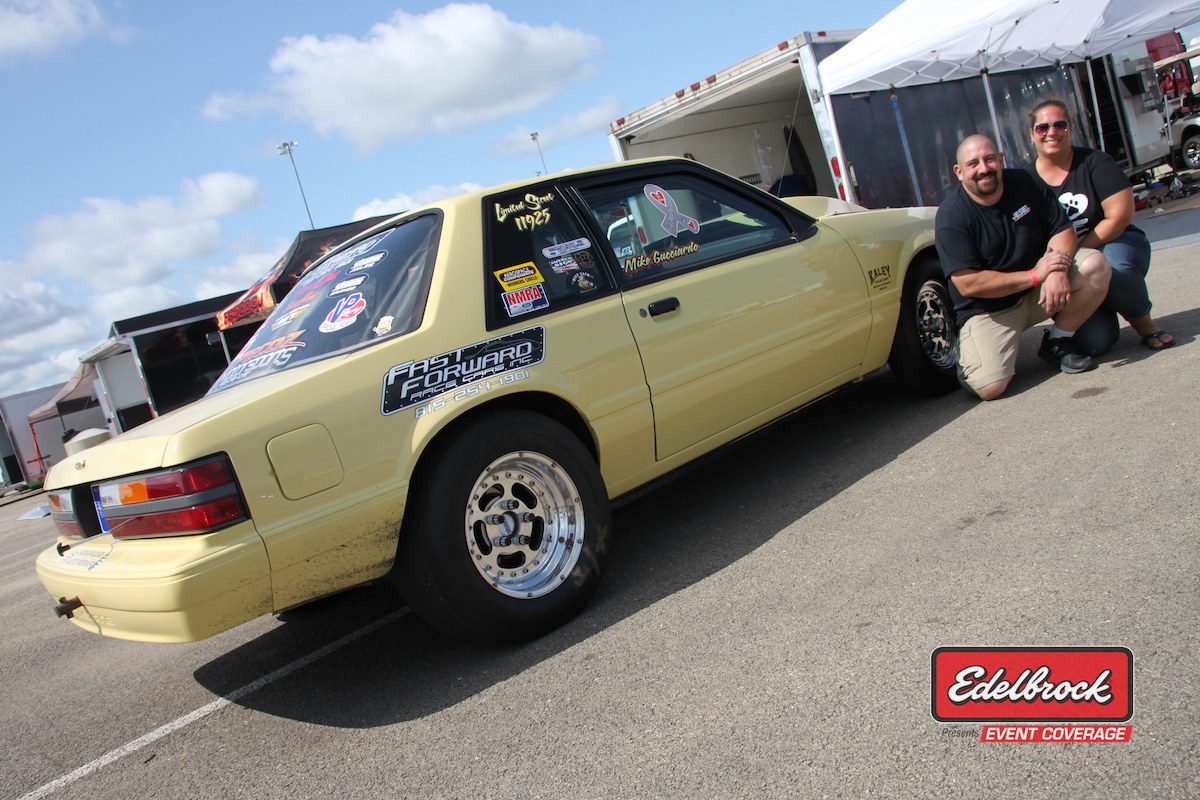 After completing his licensing passes, former NMRA Pure Street standout Mike "Goose" Gucciardo plans to make his NMRA Steeda Limited Street debut at this weekend's event at Route 66 Raceway, and up to the task is his super-fit and super-fine Fox body Mustang. It's equipped with the same Kaley Motor Service-built 311 cubic-inch small-block Ford which Gucciardo had been running, but he has replaced his previous manual transmission with a G-Force Transmissions G101A transmission. We didn't have the right gear ratios in our previous transmission, but now we do, with help from Paul Long at G-Force Transmissions, so that, and the weight we got out of the car with a cutting wheel, should help us go faster, said Gucciardo, who's assisted this weekend by crew chief and wife, Amanda Gucciardo. We're hoping to go in the 9.80s. 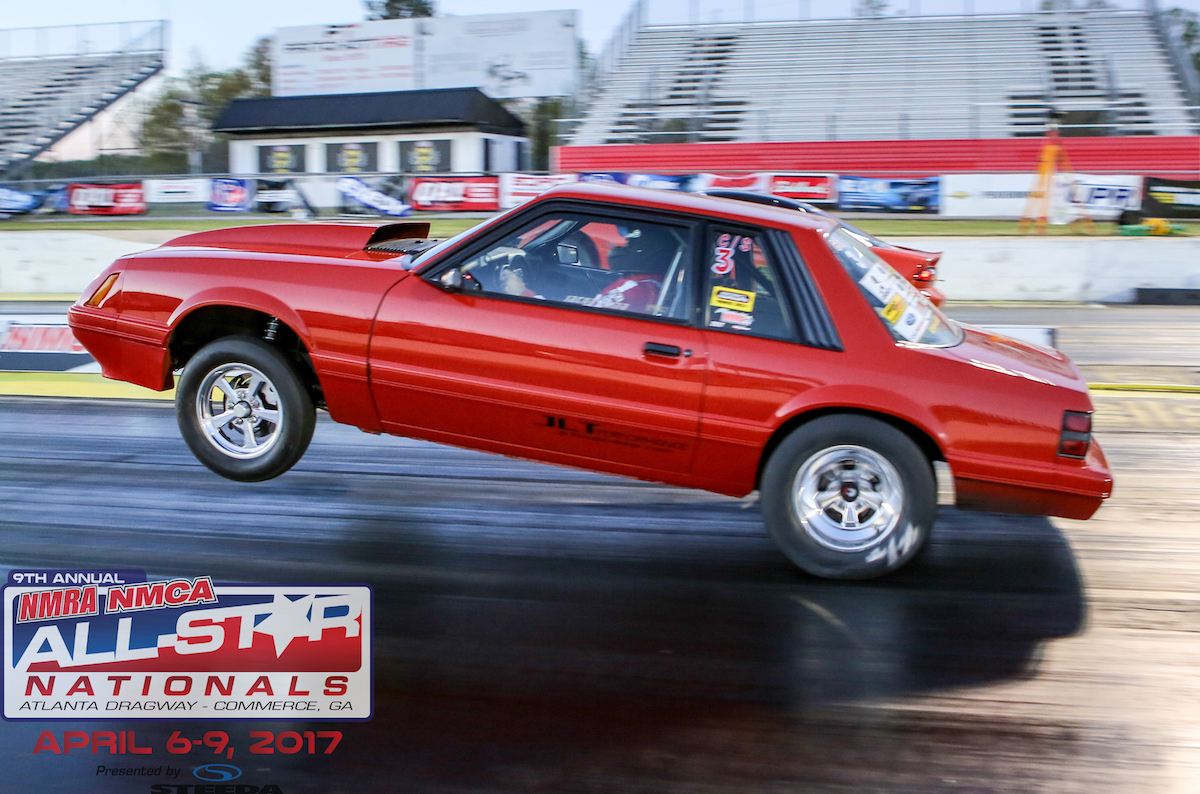 G-Force Racing Transmissions Coyote Stock driver Jacob Lamb comes to this event second in points, and is looking to get ahead of Darin Hendricks and stay ahead of Clair Stewart II, but he will indeed have his hands full. Judging by his "GETSUM" license plate, he's ready to rumble, and so is his Mustang. It has under the hood a Gen 2 Coyote engine where a Gen 1 Coyote engine recently was, and Lamb has so far ripped off a 10.24 and 129 mph while rowing the gears of a G-Force Transmissions G101A transmission, but he has his sights set on going even quicker and faster. 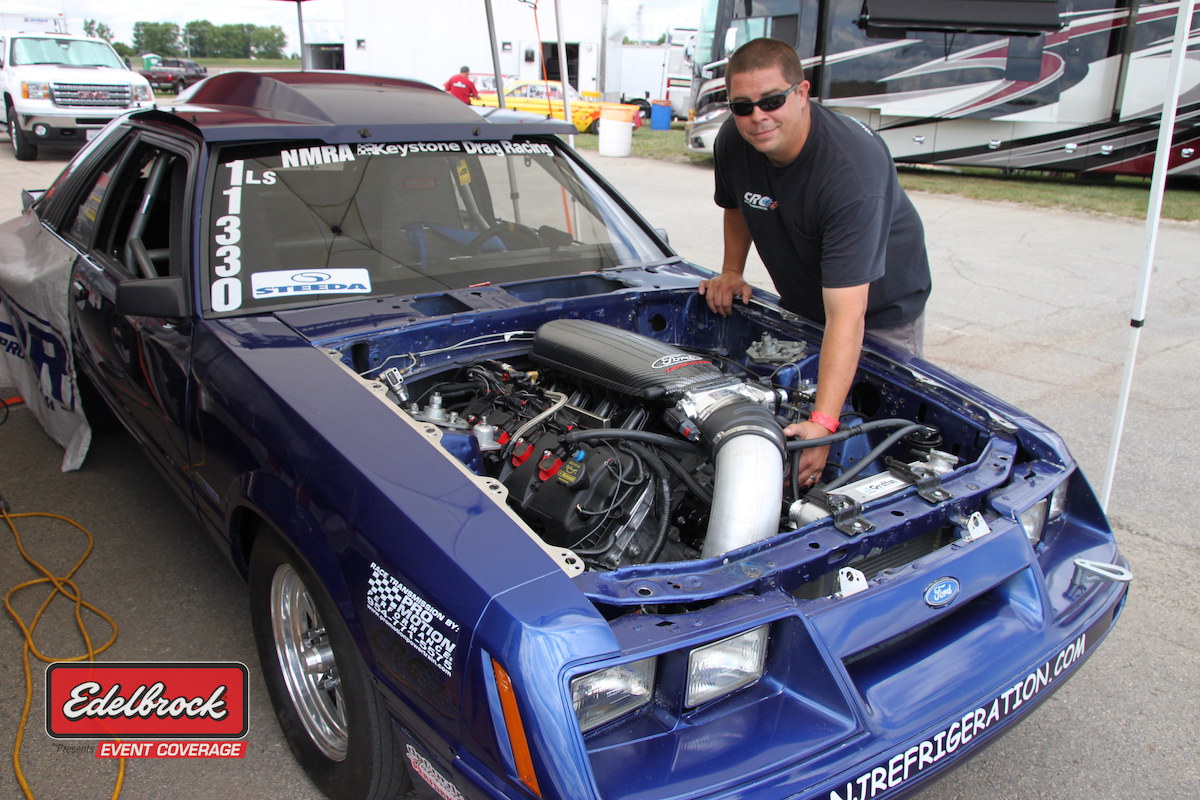 While Matt Williams has been around the NMRA block a time or two and competed in G-Force Racing Transmissions Coyote Stock last year, he's focusing on Steeda Limited Street this year, and when asked what prompted him to make the move, he simply said I wanted to go faster. Helping him achieve that in his 1985 Mustang is the Coyote engine he relied on last year, but he swapped cams, went to a Cobra Jet intake ported by Cesar Tellez and had it tuned up by DeCordre Automotive. I like that there are a lot of combinations in Limited Street and that it's a place where misfits can go, including former Pure Street racers, and now I want to see how fast I can get this engine to go, said Williams, who's hoping to run 9.40s this weekend with help from Chris Beningo and Ed Curtis. Meanwhile, Rich Groh is building a new Coyote engine for Williams, who said he's not sure if he'll debut it at the 20th Annual Nitto NMRA All-Ford World Finals, Sept. 27-30 at Beech Bend Raceway in Kentucky or next year. 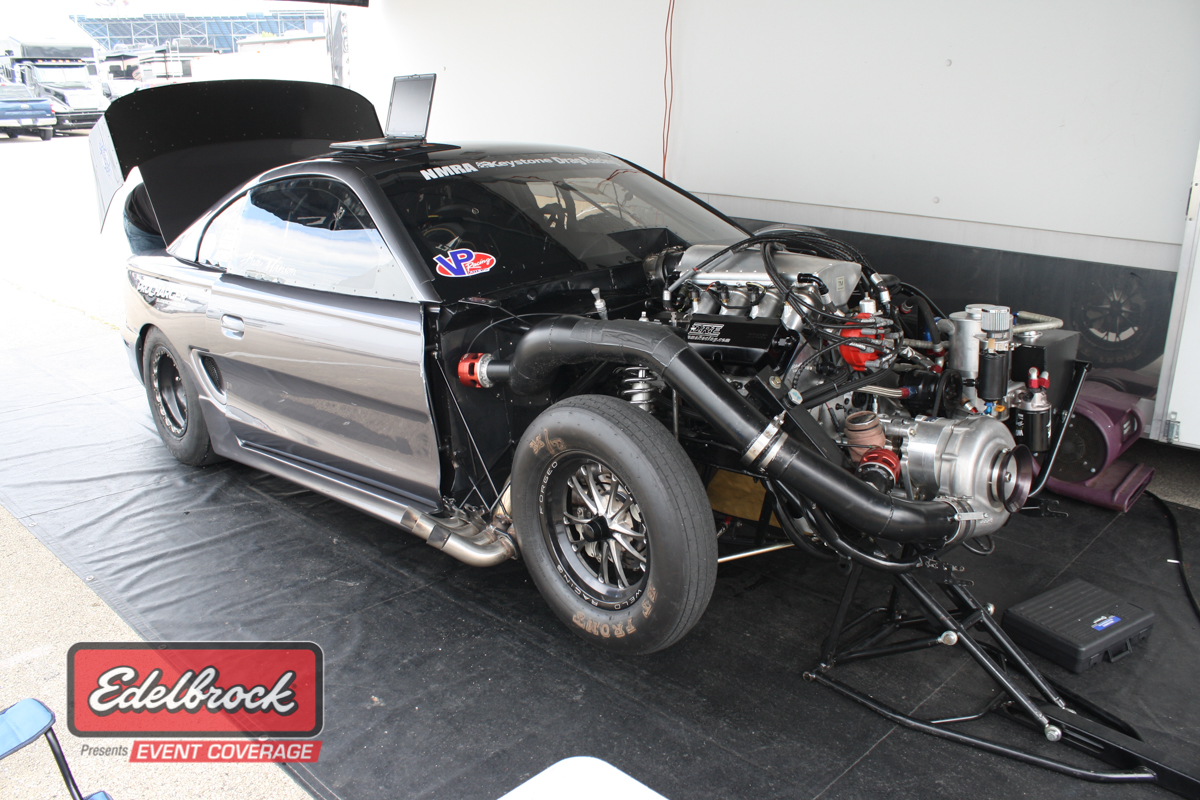 Appearing in every final round of VP Racing Fuels Street Outlaw this year, Andy Manson leads the points chase entering the fifth race of the season. Manson owns the class speed record at 171 mph, thanks in part to a 470 cubic inch Anthony DiSomma bullet wearing a Procharger F-1X, but he's struggling to find his groove in Joliet. After starting the season well, we decided to test some stuff, said Manson. We need to get back into race mode. 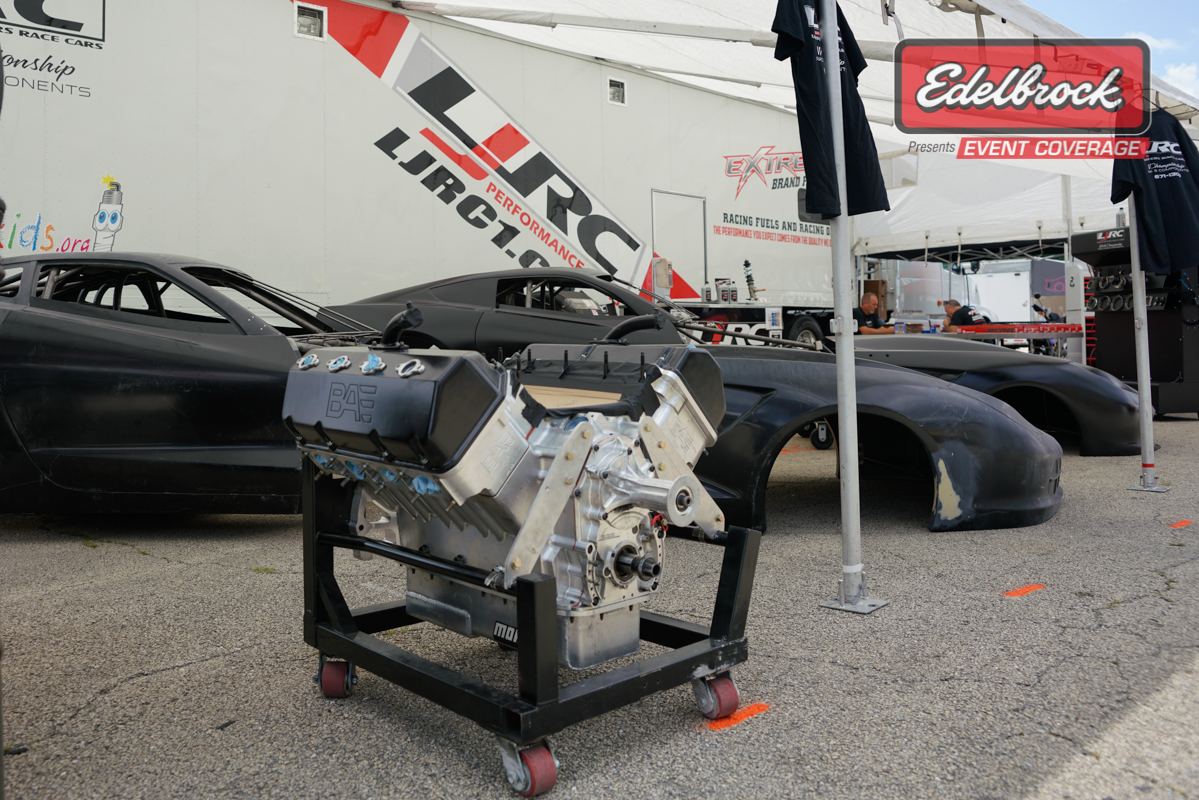 Larry Jeffers Race Cars is on the huge manufacturer's midway here at Rt. 66 Raceway and has everything from engines to chassis to a full ready-to-run blown shoebox Pro Mod. 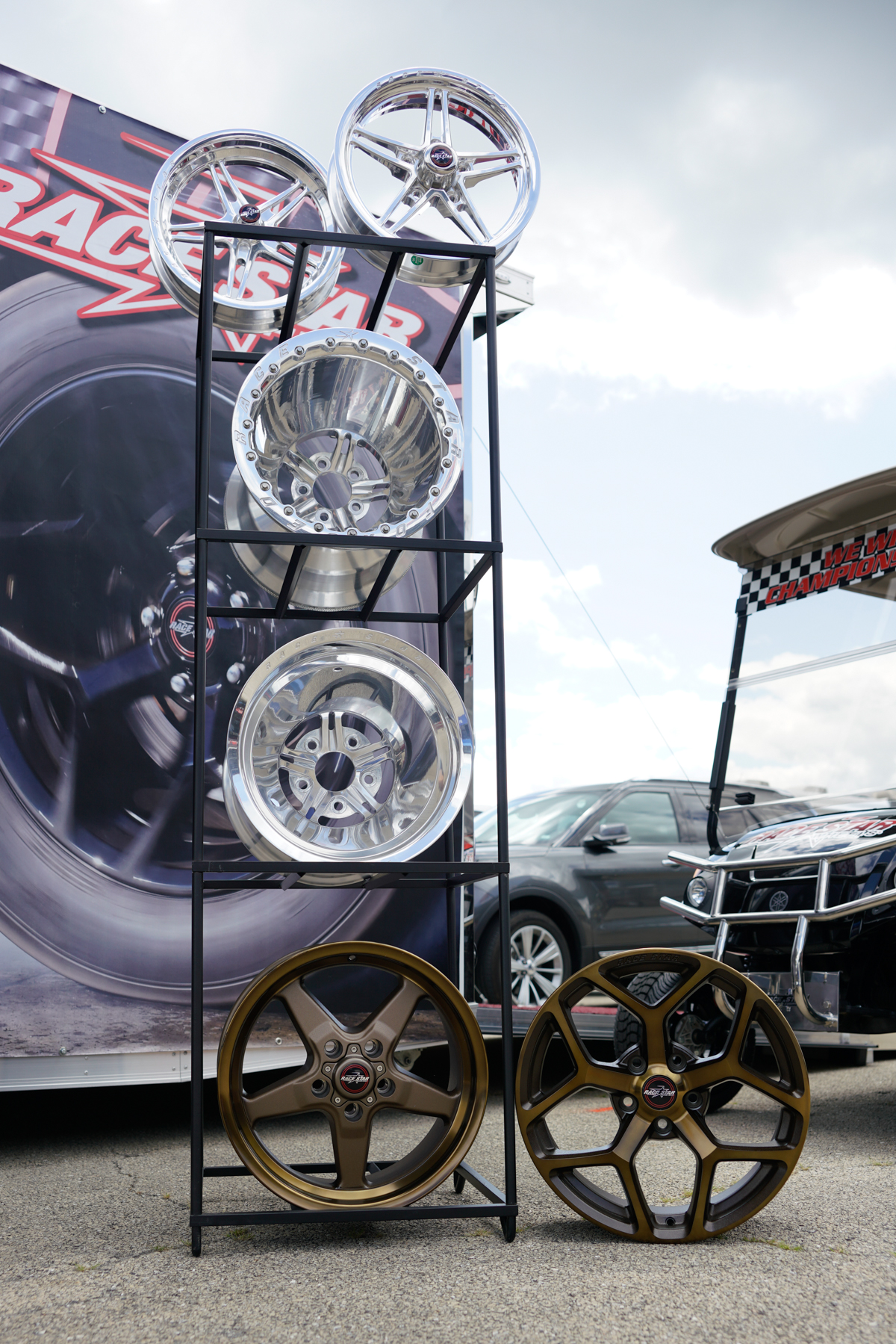 Race Star Wheels is proudly showing off some of its new competition wheels, including its Pro Mod liner wheel and Pro Stock beadlock wheel. Production starts soon and they should be on the shelves some time in November. 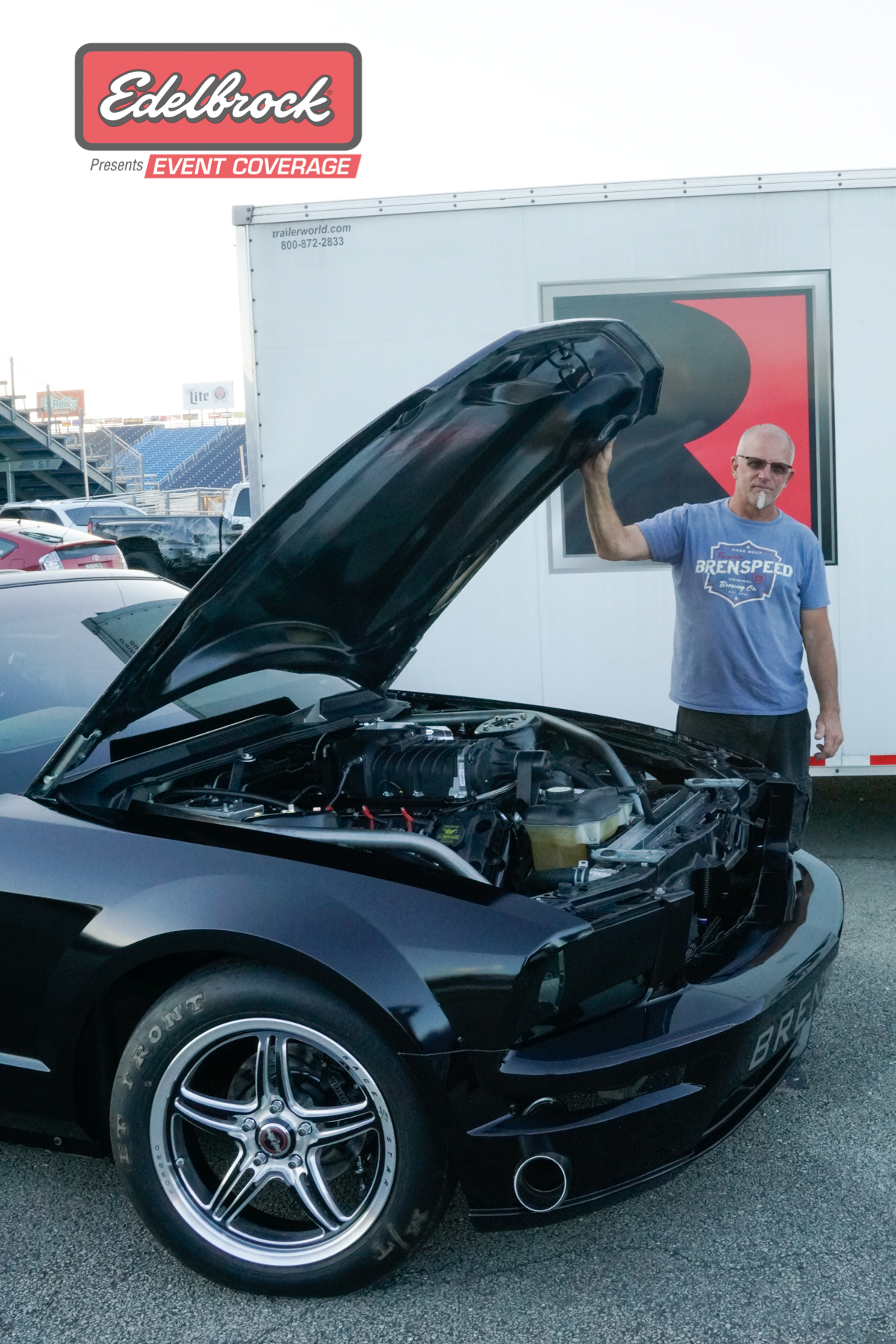 Steeda Limited Street racer Kent Nine had a final-round appearance at the season opener in Bradenton with a borrowed Roush Mustang from Brenspeed, but he's been hard at work wrapping up his own Limited Street build, which is his S197 Mustang convertible. It's packing a Roush-blown Cobra Jet Coyote engine that's managed by a Haltech EFI system and tend by Patrick Barnhill of PTP Racing. The chassis has been worked by Straight-line Performance and Nine expects to have it running shortly, tested and ready for the NMRA finals in Bowling Green, Kentucky just a couple of months from now. 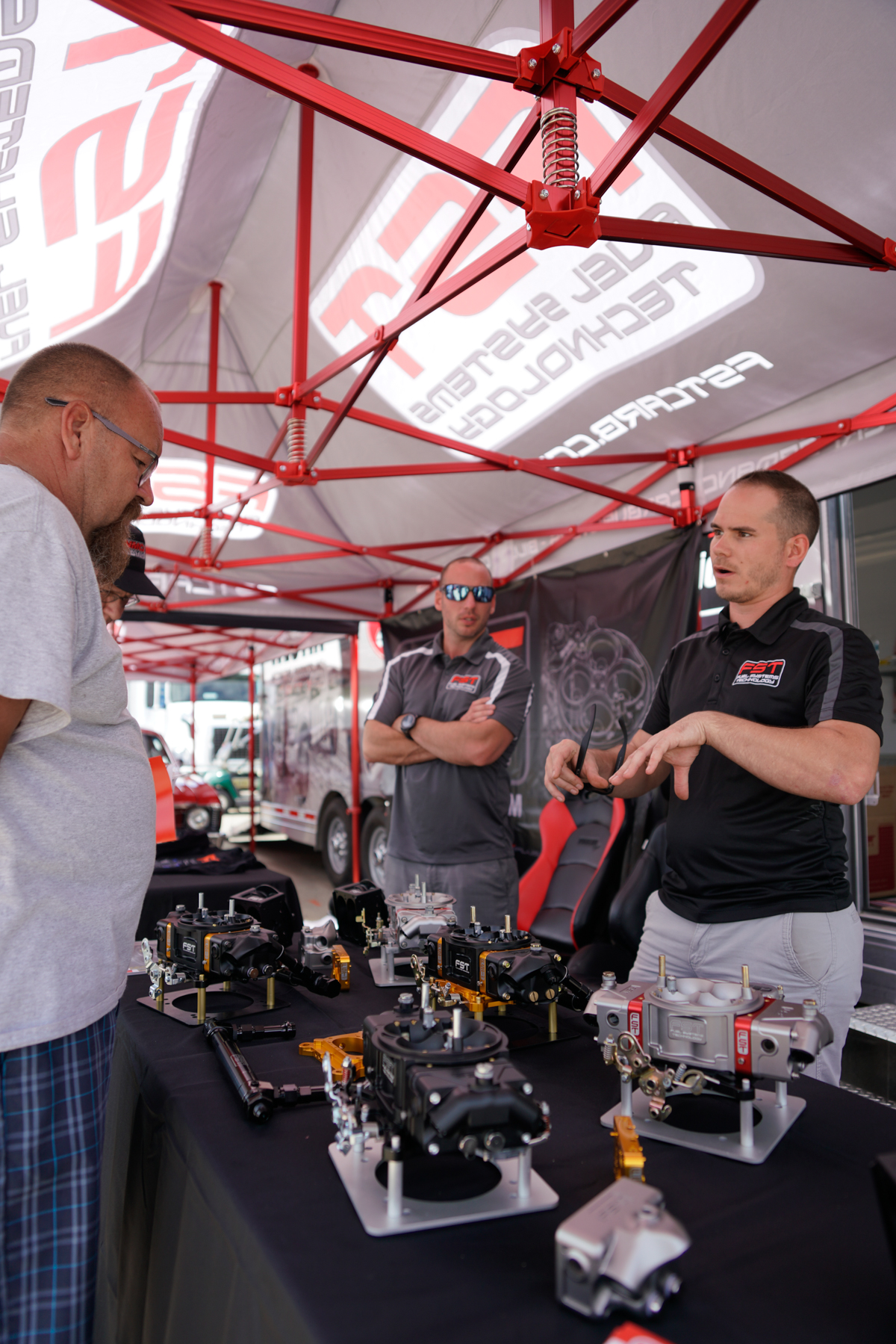 Fuel Systems Technology is the Super Bowl's presenting sponsor this weekend and is displaying some of its new carburetors and fuel system components on the midway. From what we saw, the carbs are super impressive looking, and offer a number of innovative features. 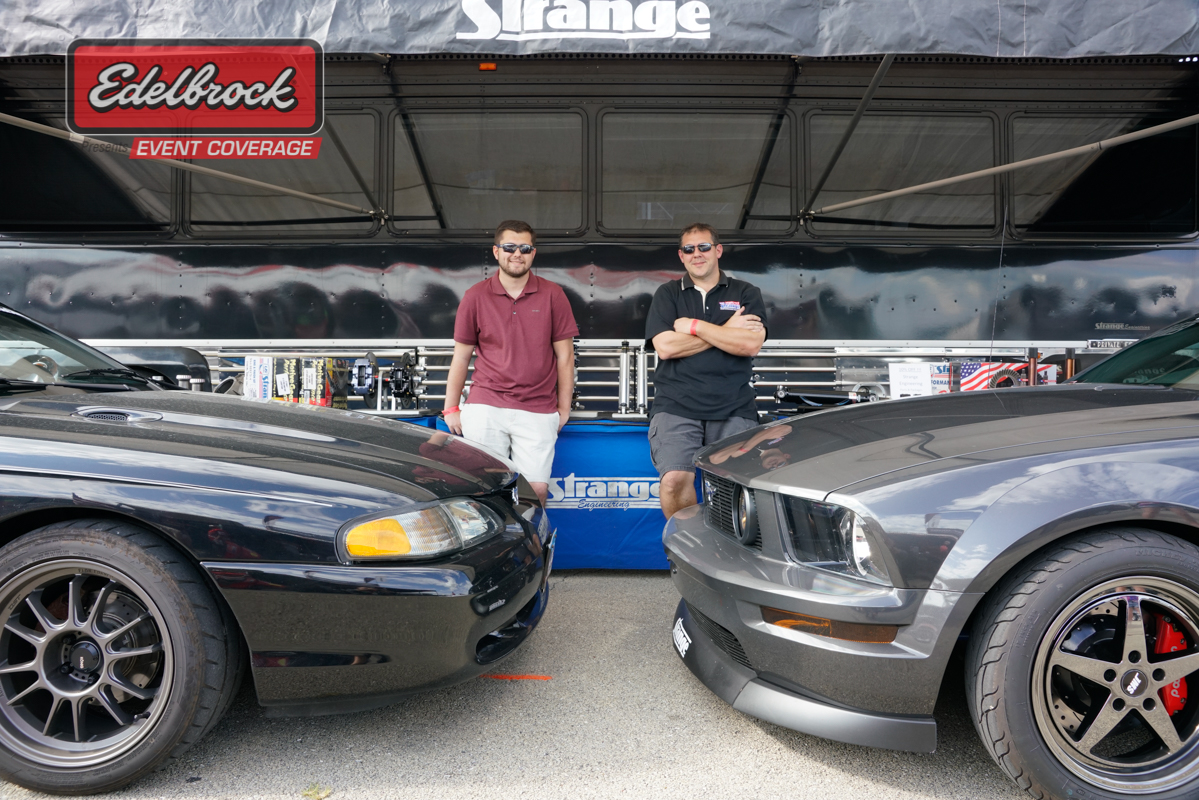 JC Cascio is the defending runner up in Race Star Wheels Ford Muscle here at this event, and he's hoping to improve upon last year's result this weekend. His son, Nick Cascio, is competing in QA1 True Street competition with his Modular-powered droptop Mustang as well. [gallery size="large" ids="9175,9176,9177"] Sondra Leslie is making waves in Steeda Limited Street, and for good reason. She stopped the clocks at 8.73 to set the pace in today's first round of qualifying, and she wants to go even quicker and faster in her wicked white 1985 Mustang. It packs a Coyote engine finessed by Tim Eichhorn of MPR Racing Engines and a Vortech V-2-H/D Ti supercharger, and a JPC-massaged Turbo 400 transmission and Ultimate Converter Concepts converter help the car rolling on a Strange Engineering fabricated 9-inch rear-end, UPR suspension and Mickey Thompson Pro Drag Radials plant the power. Ken Bjonnes and Rob Shoemaker of Palm Beach Dyno are handling the tune-up. My parents, John and Barb Leslie, have helped me so much, and I really want to be able to give them a Super Bowl ring, said Leslie. So, that's what I'm focused on, and I've come prepared with two of just about everything because I don't want breakage to stop me. Get your NMRA qualifying results right <<<<HERE>>>>