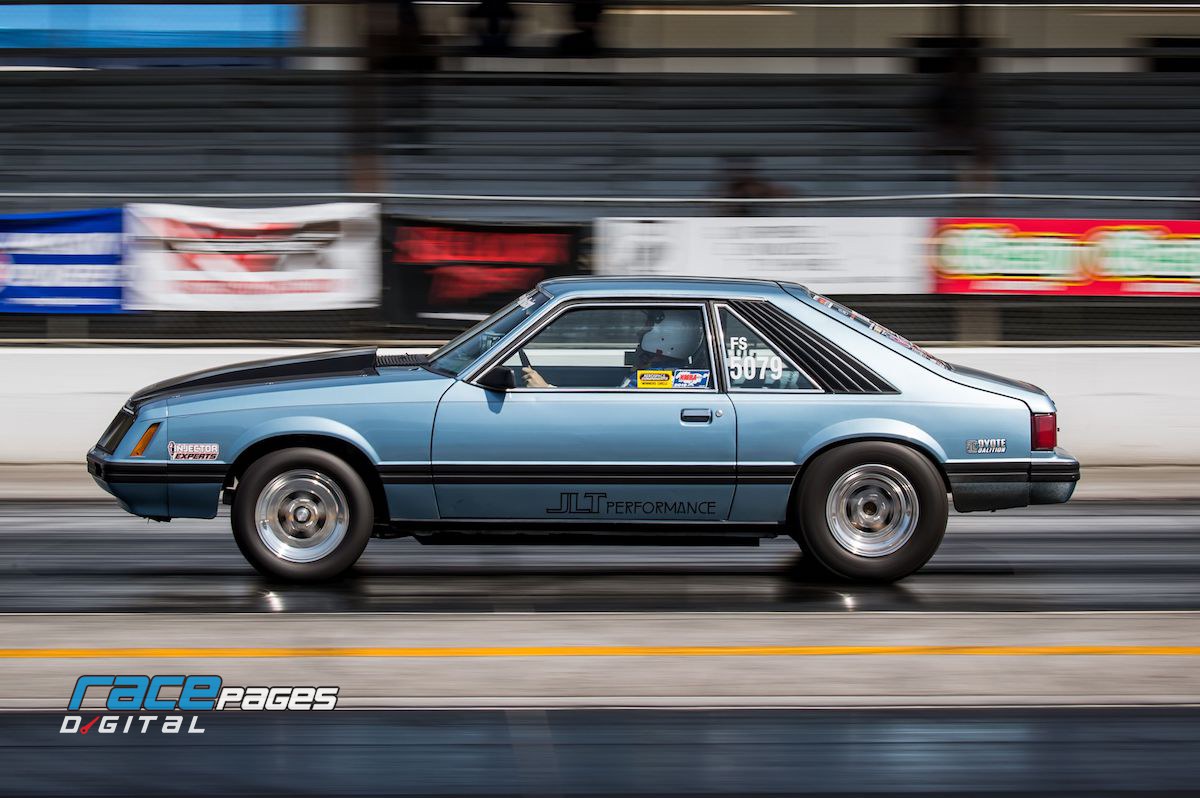 By Mary Lendzion Photos by NMRA and courtesy of Bryan Gardner Determined to dive into NMRA Richmond Gear Factory Stock competition several years ago, Bryan Gardner purchased a 1979 Mustang with a four-popper. With help from Bart Welte, who was competing in the category at the time, he replaced that engine with a small-block Ford, backed it with a T-5 by G-Force Transmissions and traveled to 12-second elapsed-times when he threw his hat in the ring in 2014. The Indiana-based driver decided not to race in 2015, while he weighed whether he would continue with the same combination, or move to a different combination. Even though I had only run Factory Stock for a year at that point, I knew that I needed to have a more competitive combination, said Gardner. So, I came back out in late 2016 with a Gen I Coyote engine with a C4 transmission. Gardner focused on setting up his suspension to encourage his car to hook up and haul, and in the process, came to the conclusion that he needed a new converter, so in 2017, he reached out to TCT Racing Converters to design a converter that would work in unison with his engine and transmission. In talking with Bart Welte and other drivers in the category who had the same combination, and in watching them, I knew that my car had the potential to run just as well as they were running, said Gardner. I just needed to get all of the right components in place. [gallery columns="2" size="full" ids="15213,15212"] Willing to put in the work, Gardner continued to test and race, but was having trouble hooking up on hot tracks. He reached another turning point after talking with Sharad Raldiris of UPR about replacing his mix of suspension components with UPR suspension components going into the final NMRA event of 2019, the 21st Annual Nitto NMRA All-Ford World Finals, featuring the Holley Intergalactic Ford Festival, last September at Beech Bend Raceway in Kentucky. Right after talking with Sharad, I replaced all of my suspension with UPR suspension the week before the NMRA event in Kentucky, and it took some time for me to learn my new set-up, but I was making headway, and I was happy, said Gardner, who pulled off a fifth-place finish in NMRA Richmond Gear Factory Stock points in 2019. I could see my car's potential. Over winter, Gardner freshened his C4 transmission, but left everything else alone. Then, he headed to the Factory Hot Rods event his first event of 2020 to race with some of his fellow NMRA Richmond Gear Factory Stock racers, as well as some NMRA G-Force Racing Transmissions Coyote Stock racers and some NMCA Chevrolet Performance Stock presented by Scoggin-Dickey Parts Center racers, on May 16 at Kentucky Dragway. I wanted to test that Friday, but didn't have time, so I rolled the car out of the trailer on Saturday, and ran a 10.35 in qualifying, which is the quickest I've been in my car, said Gardner, whose engine wears a JLT Performance cold-air intake. The car weighed 100 pounds less than it does in NMRA Factory Stock trim, but I was still so pleased, and felt my car could go even faster, so I made some changes to the suspension and shock set-up to leave the line even harder, but that didn't happen and I spun in the first round and lost against Mike Bowen. The way I see it, we're not learning and going faster if we're not making changes. Gardner is now gung-ho about the upcoming 12th Annual Scoggin-Dickey Parts Center NMRA/NMCA All-American Nationals, June 25-28 at Atlanta Dragway. I want to work with the suspension and shock set-up some more, and I want to get it right, said Gardner, who added that, in addition to fellow racers, he has support from his girlfriend, Holly Shelton, and parents, Pam and Steve Gardner. I've also thought about moving to a Gen II Coyote engine this year. We'll see. I just know that I want to be competitive. 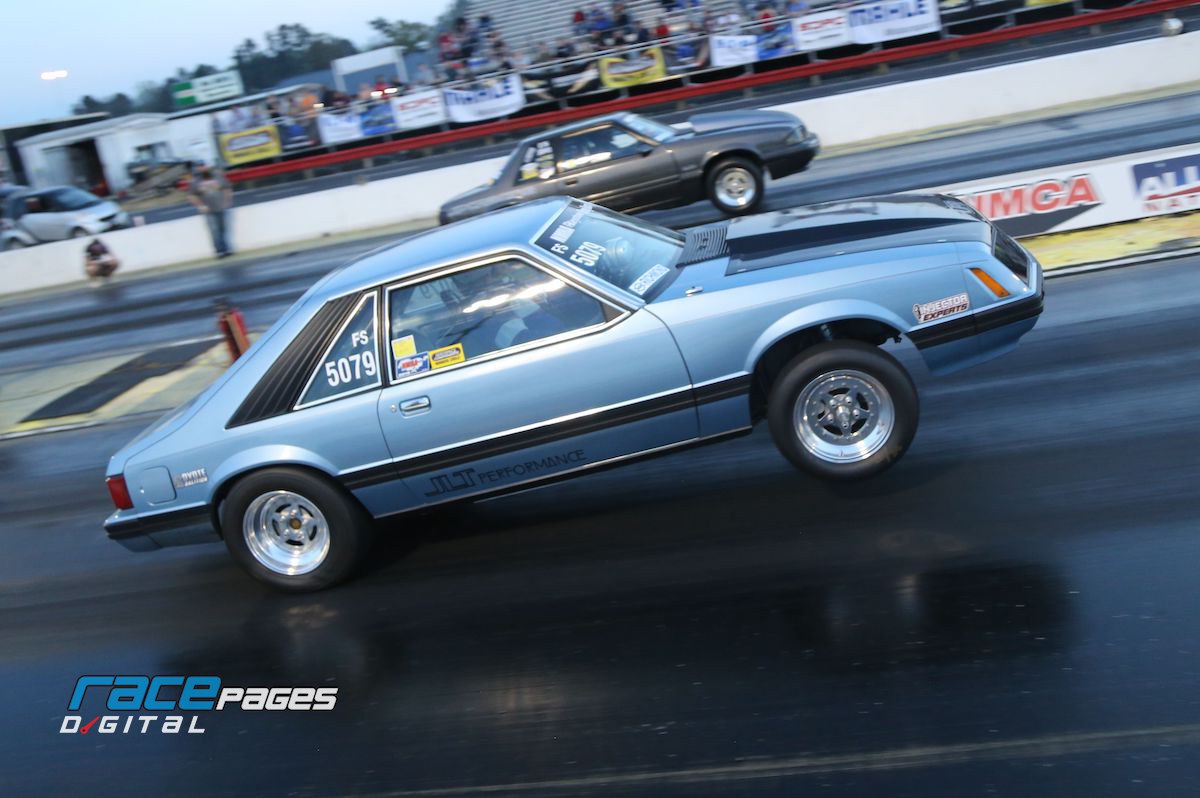