Georgia's on Our Minds 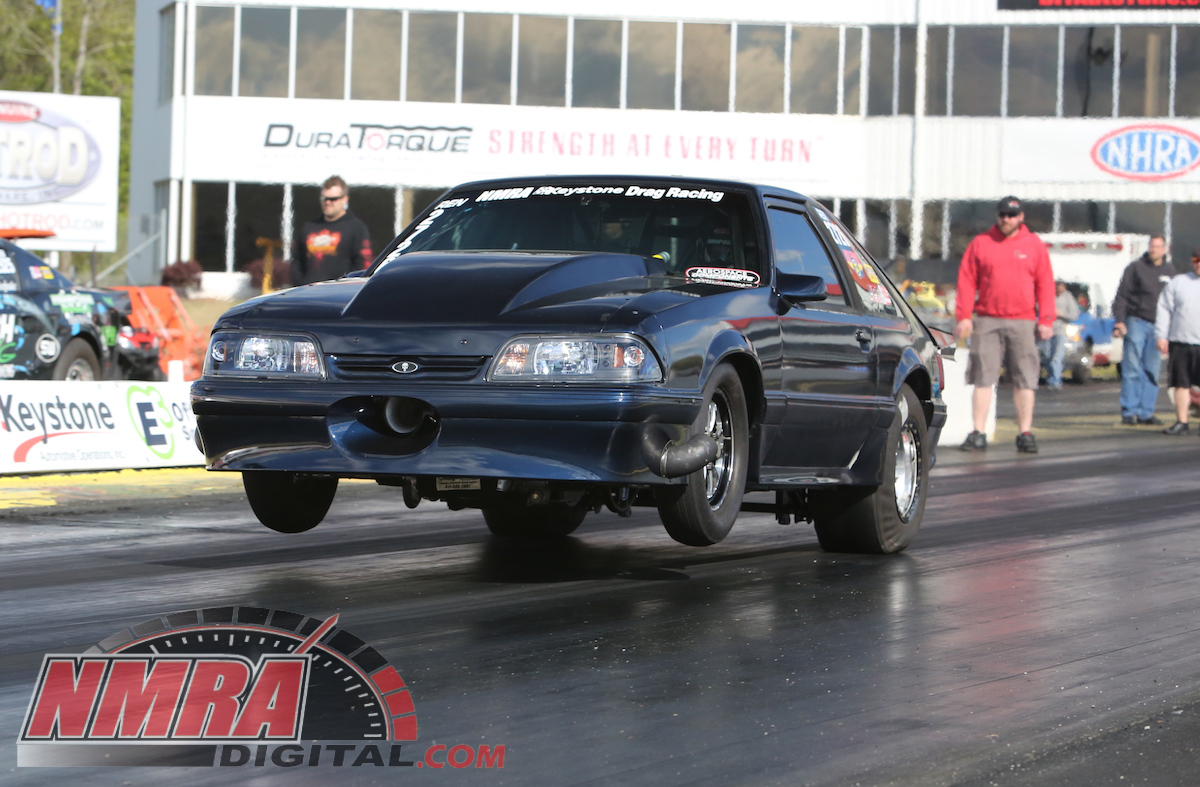 The 2016 NMRA Keystone Automotive Drag Racing series invaded Commerce, Georgia, over the weekend of April 8-10, 2016 for the 8th Annual Borla Exhaust NMRA/NMCA All Star Nationals presented by Miller Welders. Held at Atlanta Dragway, which had recently been resurfaced, presented a variety of challenges for racers as unseasonably cold temperatures and tricky headwinds forced many to have to rethink their strategies and tune ups. Holding strong in the face of adversity, the NMRA contenders hit hard with multiple record-shattering runs and some seriously exciting drag racing action. The always-exciting Wiseco/VP Racing Fuels Street Outlaw class was a joint effort between NMRA and NMCA, and was hotly contested all weekend. Ultimately, it was number one qualifier Jarod Wenrick who came out on top in the final round with his win against Ronnie Diaz. Wenrick pushed his 66 Nova to the limit and crossed the finish in 4.819-seconds at 151.56 mph to take the win for the NMCA crew. The final round of Edelbrock Renegade was occupied by Aaron Bates and Terry Beefcake Reeves, the class winner and runner-up, respectively, as Bates 7.925 at 178.97 mph pass bested Reeves effort.

JPC Racing's Jeff Polivka battled JLP Racing's Johnny Lightning Wiker all weekend, but wound up coming out ahead in the last round of ProCharger Coyote Modified eliminations. His hard work and persistence paid off, and his 13 Boss 302's 8.078 at 169.61 mph mph pass secured the victory over Lightning and his 13 Super Cobra Jet. The age-old battle between Terry Weaver and Jimmy Wilson played out once again this weekend in G-Force Transmission Pure Street, and it was Weaver who got the win light for the second event in a row. Wilson got the hole shot and the lead initially, but Weaver was able to make up the difference and come out ahead with a 9.599 at 139.13 mph performance over Wilson's 9.927 at 139.26 mph one. NMRA's two stocker categories, American Racing Headers Factory Stock and Race Pages Coyote Stock, resulted in multiple tight battles. In Factory Stock, the number one qualifier James Meredith and the number two qualifier Louis Sylvester, Jr. met in the finals, and it was Meredith who got to take the trip to the Aerospace Components Winner's Circle thanks to his winning 10.725 at 124.81mph pass. For Coyote Stock, Jacob Lamb was able to add a new win to his racing r'sum thanks to a successful 10.300 at 129.44 mph blast against Steve The Farmer Gifford. In Roush Performance Super Stang, Darrel Bye and Larry Firestone ran side-by-side for the last run of the weekend. Bye crossed the stripe to secure the win and a trip to the Aerospace Components Winner's Circle.

Meanwhile, in the Race Pages Ford Muscle index class, two men met to make their last trip down the strip of the weekend. It was Chris Parisi versus Miles Wagoner, and Parisi was deemed the champion and earned a trip to the Aerospace Components Winner's Circle. Exedy Racing Modular featured nearly twenty of the top Modular drivers, but the longtime veterans of this style of drag racing, Charlie McCulloch and Shane Williams, stayed in the game long enough to head to the finals. When the win lights lit, they illuminated McCulloch's lane and wrapped up the class for the weekend.

Hats off to Flex-a-lite Open Comp winner Wade Trammell for defeating Richard Belcher in the finals round of eliminations. With over thirty cars in the highly competitive class, Trammell earned the win with a 10.151 lapsed time on his 10.15-second index. Detroit Locker Truck & Lightning saw Amanda Saad, the number six qualifier, go up against Nina Gusler, the number three qualifier. Both ladies wanted the win and worked hard to get it, but it was Saad who called dibs on the bragging rights. In the special shootout, Coyote Stock vs Chevrolet Performance Stock presented by Scoggin-Dickey Parts Center, NMRA was pitted against NMCA. When the smoke cleared and two were left standing, the final had Marini's 11 Mustang stage alongside Hackelton's 13 Camaro. Thanks to a holeshot, Marini came out ahead with his 10.495-second run to Hackelton's 10.479-second attempt and picked up the win for team NMRA. The QA1 True Street class featured a variety of cars, but the majority of spots were taken by Mustangs from the southeast region. It was Russell Haskins of Marietta, GA who took the overall win with his '96 Mustang and an average of 9.382 (9.809, 9.271, 9.065). One-tenth of a second behind was Jason Wagoner from Georgetown, IN and his '93 Mustang Cobra who accumulated an average of 9.475. In the 9-second category, Donnie Gilder came out on top. Jason Riley took the winner's honors in the 10-second group, while Brandon Conner was king of the 11-second section. For the 12-second cars, Mike Baker was named the winner, followed by Robin Whiteford-Quinton for the 13-second group, Brian Walkington for the 14-second group, and James Rowell rounding it out for the 15-second cars. Next up, NMRA rolls into Maple Grove Raceway in Reading, Pennsylvania for the 16th Annual WyoTech NMRA Ford Motorsport Nationals presented Juggernaut Power on April 28-May 1, 2016.