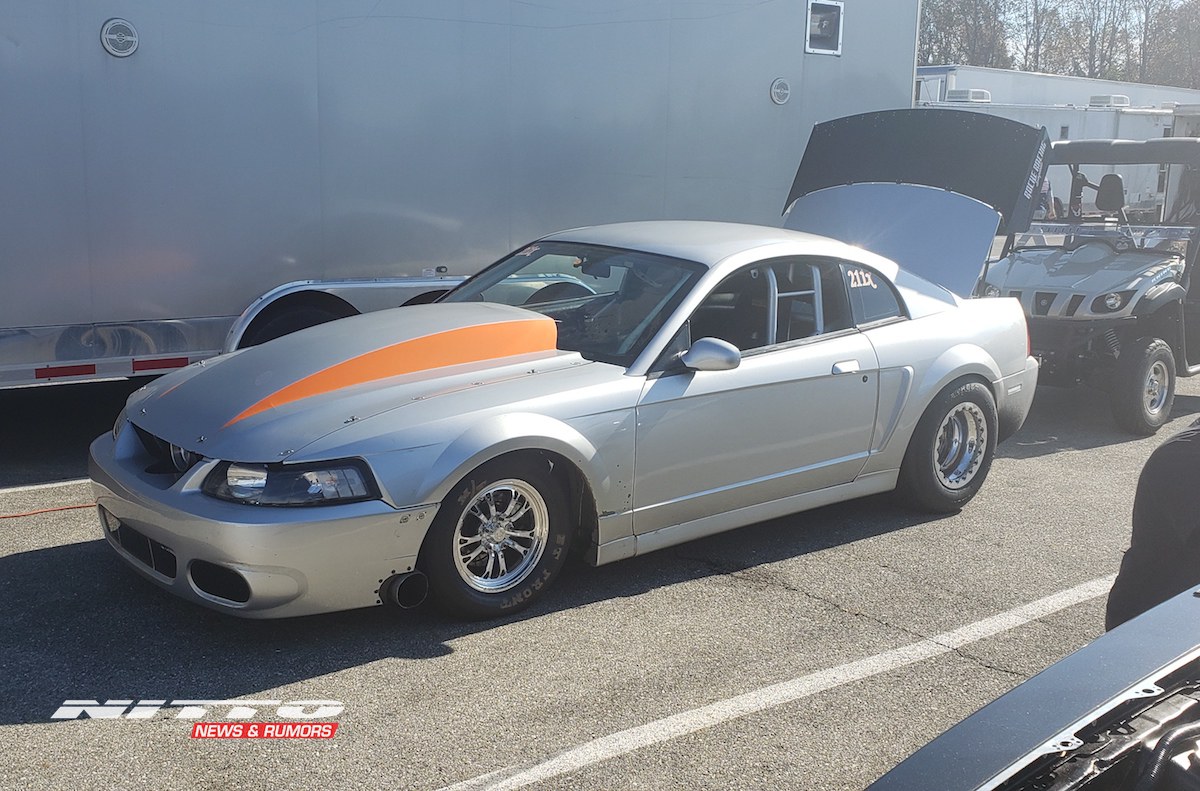 While racing at the Yellow Bullet Nationals last September at Cecil County Dragway in Maryland, Ryan Hecox hurt his engine and thought he was sidelined for the rest of the race season.

But as it turned out, the damage was minimal to his small-block Ford topped with cast aluminum Edelbrock heads and fronted by an 88mm Precision Pro Mod turbo, and he would be back to soaring in no time in his 1999 Mustang Cobra which features an ATF Speed-built Turbo 400 and ProTorque converter, rolls on stock-style suspension and Mickey Thompson drag radials and flies the JPC banner.

When we took the engine out and took it to my engine-builder, Brian Roche of Brian Roche Racing Engines, he inspected it and said we had broken the crank and that it did not cause catastrophic engine failure, said Hecox, the 2009 NMRA Pure Street champion who has been racing X275 on a local level as of late. He also said the crank had been breaking for a while before it completely broke, and that it could have been preventing us from maximizing our power.  We used the opportunity to fill the block so that there was no water running through it anymore, and we put a new crank and cam in the engine.

After Roche's quick turnaround on the engine, Hecox headed to the World Cup Finals Import vs. Domestic event last fall at Maryland International Raceway. There, he entered X275 vs. Hot Rod, flew to a 7.16 to qualify in the eleventh spot, picked up to a 7.03 in eliminations with help from his tuner, Dave Hanlon and his FuelTech FT600 EFI system, and finished as runner-up after a -.004 red light.

I wasn't familiar with how the engine was going to respond to the changes, so we took it easy on the tune-up at first, but then we turned it up and picked up in eliminations, said Hecox, whose crew includes his wife, Paula Hecox, and fellow racer, Gary Windsor. I wish I hadn't gone red, but I knew that the other car was faster and had to get after it.

Now, Hecox, whose focus was on his business, Injector Maintenance and Service in Maryland, rather than racing, for the past several years, is preparing for NMRA VP Racing Fuels Street Outlaw competition beginning with the 25th Annual Nitto NMRA Spring Break Shootout, Feb. 28-March 3 at Bradenton Motorsports Park in Florida.

I've always loved racing with the NMRA, and I'm looking forward to racing in Street Outlaw this year, said Hecox, whose car has factory glass, doors, trunk, roof and fenders. I've only raced in the class once, my stuff is not super-fancy, my car is a fatty and I'm not looking to set the world on fire, but I think I can be competitive while also having a good time. I'm ready to go.