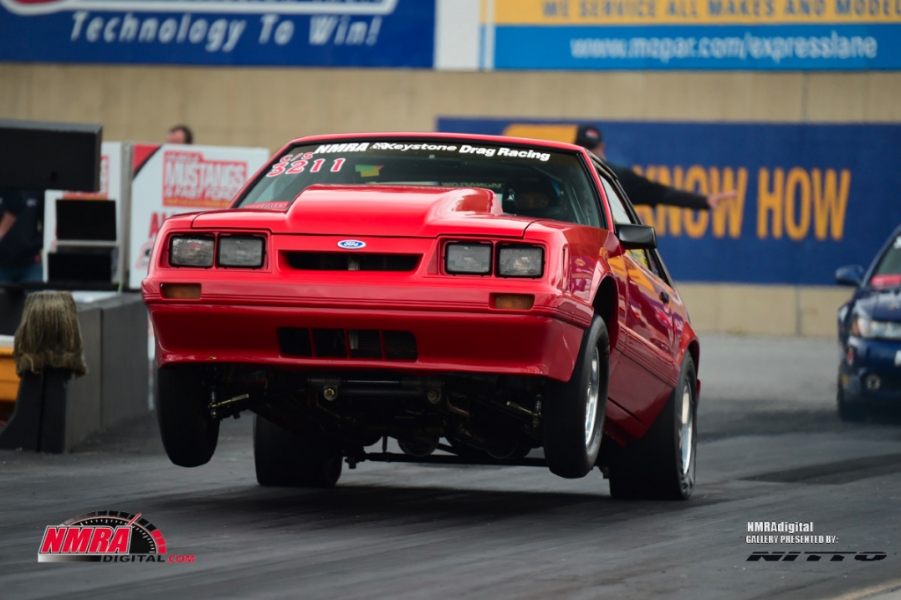 With only two races left in the 2016 NMRA season, the chase to championships is at wide open throttle, and among those quietly but quickly making his way toward the top is Race Pages Coyote Stock driver Jacob Lamb. The Lawrenceburg, Kentucky-based driver won the series race in Florida in March and the race in Georgia in April, and he was a semifinalist at the makeup Pennsylvania race in Ohio in June. Now, he sits in second place in points, just 170 points behind reigning champion Drew Lyons, and is ready to roll into the 11th Annual Nitto Tire NMRA/NMCA Super Bowl of Street Legal Drag Racing, July 28-31, 2016 at Route 66 Raceway in Joliet, Illinois. When he gets there, his Coyote-powered Mustang, which has delivered him to a best of 10.24 at 130 mph, will feature a G-Force G101A transmission where a G-Force T-5 transmission once was. Immediately after installing it last week, he headed to the Bluegrass Super Shifters race at I-64 Motorplex in Owingsville, Kentucky, where he rowed gears to a 6.68 in the eighth-mile and a runner-up finish. It was a test session and a race all rolled into one, said Lamb, who also recently wired his car for a Race Pak datalogger to review launch rpm and clutch slippage, among other things. I purposely didn't make any changes to the car before I ran the new trans because I wanted to see how it compared to the old trans, and it worked like a dream. 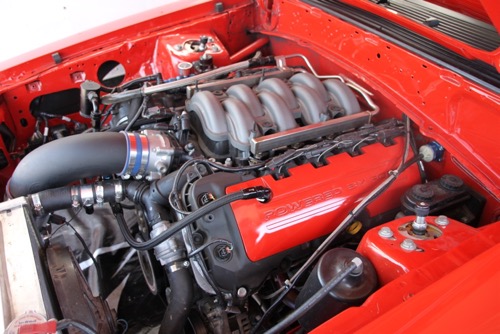 Content with his new transmission and confident in its reliability, Lamb has sold all three of his G-Force T-5 transmissions, which, he said, have been durable pieces through the years. I really want to thank Leonard Long (owner of G-Force Transmissions), said Lamb. He has helped me a lot."