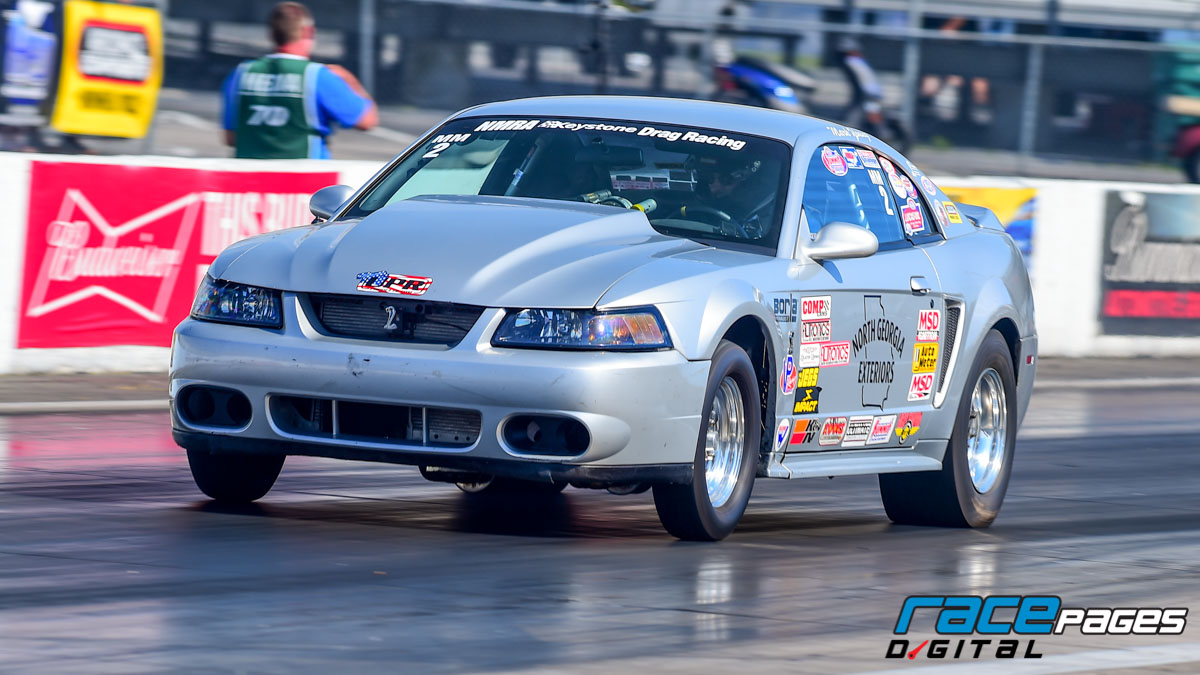 With the start of the 2020 NMRA Holley Drag Racing Series just a few short weeks away, most racers are working to put the finishing touches on their combinations but Charlie McCulloch, the Exedy Racing Clutches Modular Muscle 2019 champion, is making a last minute change to see if he can get an edge on the others by switching to Hoosier Tires. Like so many others, McCulloch dutifully sent out his sponsorship proposals towards the end of 2019 to his regular sponsors and a list of prospective others just to see if he would get a bite. Well, drag racing product manager Frank Papp returned McCulloch's email within a matter of mere minutes and the wheels started turning. I've won a lot of sh*t in my day, laughed McCulloch, who resides in Georgia and has been running Mickey Thompson tires for just about as long as he can remember. Frank [Papp] asked me why I wanted to change to Hoosier, and I told him that I was looking for any advantage I could get over everyone else. After meeting at the 2019 Performance Racing Industry Show in Indianapolis, Indiana, the gentlemen came to an agreement where McCulloch will run Hoosier's 28x10.5 stiff-wall slick tire on his naturally aspirated 04 Mustang in NMRA Exedy Racing Clutches Modular Muscle, and Hoosier's radial tire on his ProCharged 98 Mustang Cobra in NMCA MagnaFuel Open Comp while also testing some other options. I've talked to a few friends of mine that run Hoosiers and they swear by em. I don't know if one tire is better than another, but Frank [Papp] explained the benefits of their sidewall construction and I'm gonna try em out, added The Professor, who takes his racing quite seriously and is always on the hunt for improvement and had everything sent to Tim Matherly's MV Performance where his race cars are housed and maintained. McCulloch won't be able to find time to go testing prior to kicking off the year at Bradenton Motorsports Park in Florida over the last weekend of February with the 26th Annual Nitto Tire NMRA Spring Break Shootout, but he feels confident he'll have plenty of time during the event's own test session and qualifying to get things dialed in.
Charlie McCulloch
,
Exedy Racing Clutch Modular Muscle
,
Hoosier Racing Tires