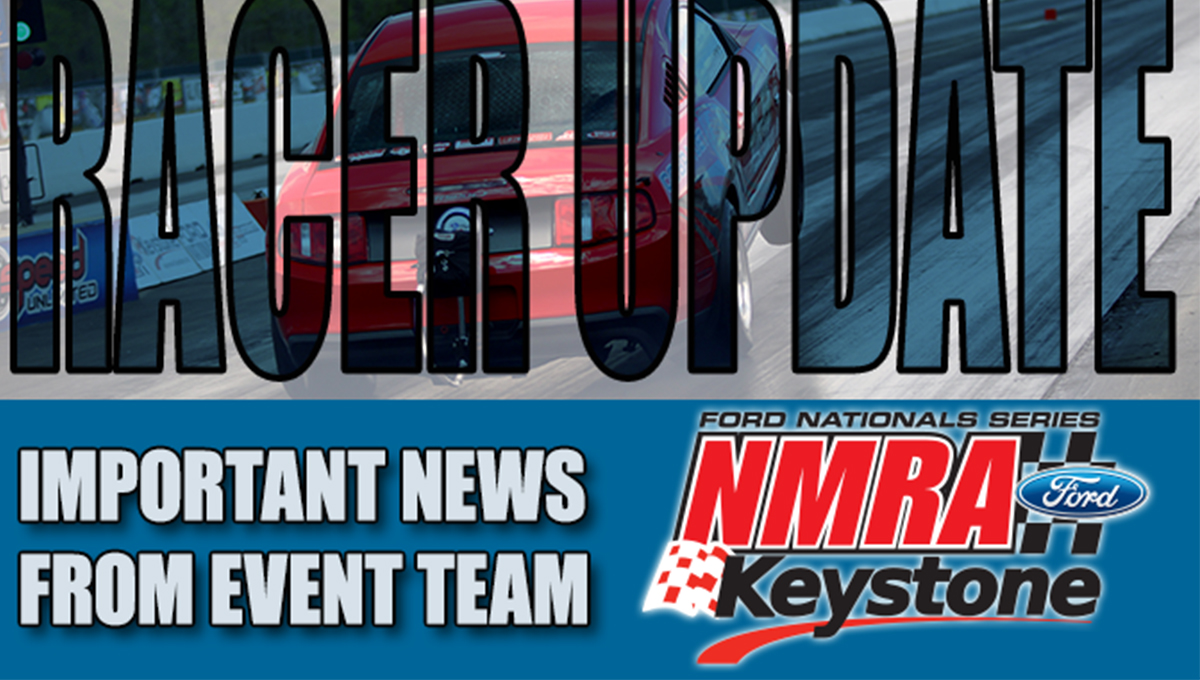 The NMRA Competition Department is excited to introduce a new, heads-up power-adder class Limited Street. This class is limited to a single power adder and designed for small blocks, Modular motors, and Coyote powerplants in 1954 and newer Ford bodied vehicles. It's no secret we have been working on this class for quite some time, as the NMRA recognized the need for a power-adder eliminator that was one step behind ProCharger Coyote Modified, explained Rollie Miller, NMRA General Manger. He continued, Our Tech Committee worked through several different sets of rules trying to balance a number of objectives that included a simple set of rules so the cars aren't so spec'd out, and also reflect trends in the marketplace, as well as diversity in the power adders and engine platforms. And they had to keep the race vehicles in check to fill a heads-up void that didn't require 7-second times. NMRA Limited Street will be an exciting category with vehicles that represent extreme street type combinations with Naturally Aspirated, Nitrous, Supercharger and Turbocharger combinations all competing with each other. Miller added, It was a daunting task to say the least as our Tech Committee worked with several manufacturers, racers, tuners, and others to come up with a fair set of preliminary rules. A special one-race invitational shootout will take place during the biggest Mustang race of the year the Nitto Tire NMRA All-Ford World Finals, held at the scenic Beech Bend Raceway in Kentucky over the weekend of September 28 through October 1, 2017. Competitors interested in entering the invitational, please email the Tech Committee at the address below. Limited Street will go full-time and chase a championship in 2018 with the winner crowned during the NMRA Awards Ceremony during the PRI Show in Indianapolis. The NMRA class lineup already includes its share of thrilling heads-up categories to go along with the new Limited Street, including VP Racing Fuels Street Outlaw, Edelbrock Renegade, ProCharger Coyote Modified, Richmond Gear Factory Stock and G-Force Racing Transmissions Coyote Stock, featuring wide-open radial-oriented classes as well as classes for nitrous, turbo, supercharged, and sealed engine naturally aspirated combinations. Complete class rules for NMRA Limited Street can be found at >>www.nmradigital.com/dl/rules/ls.pdf Question and Comments regarding Limited Street, please email the Tech Committee at [email protected]