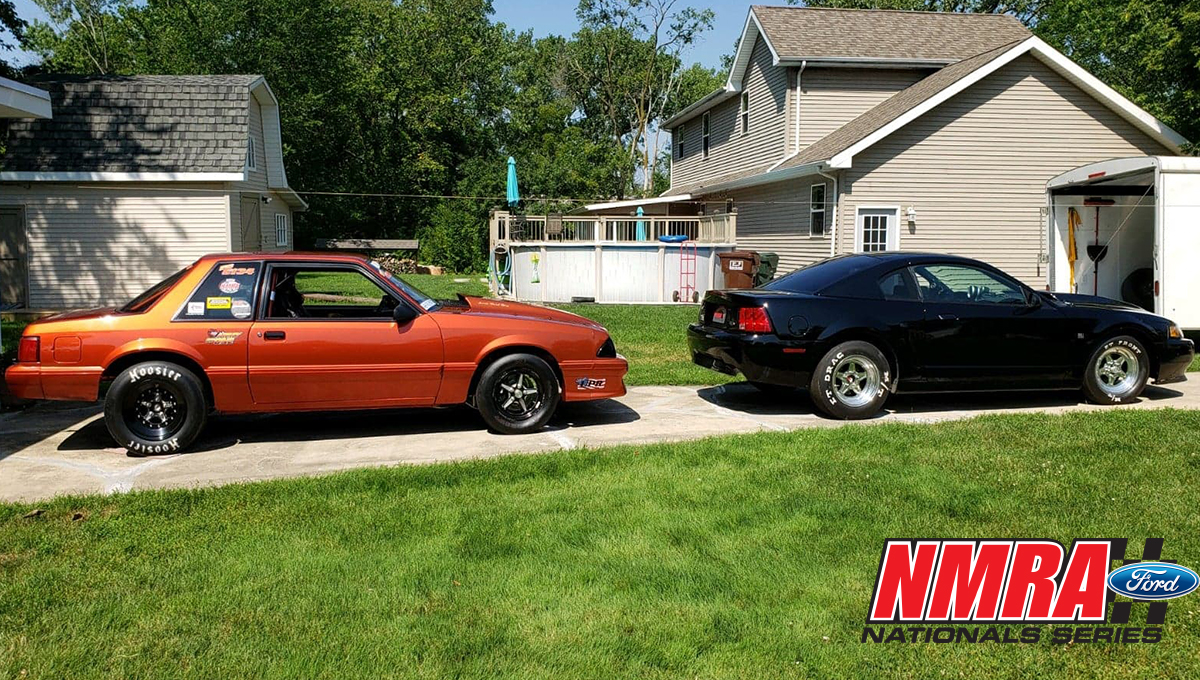 By Ainsley Jacobs Photos Courtesy of Louis Sylvester Sometimes a deal is too good to pass up, so when Louis Sylvester Sr. had the chance to purchase a complete racing outfit, he went for it. Now, Sylvester plans to debut a two-car team in NMRA Richmond Gear Factory Stock at the 21st Annual Nitto Tire NMRA All-Ford World Finals at Kentucky's Beech Bend Raceway Park in late September. Sylvester, who races with his son, Louis Sylvester Jr, has been a staple in NMRA Richmond Gear Factory Stock for many years with his Fox body Mustang. So, when fellow NMRA Richmond Gear Factory Stock racer Jay Dold decided to sell his operation, it made sense that the two friends connected. Jay didn't have time for the car anymore and hated to see it sitting around doing nothing and thought we would be the perfect fit for it, explained Sylvester, who had to take some time to think about things and get the finances in order before taking the plunge. Eventually, though, the men agreed to a price and the deal was finalized. It was an idea we had been kicking around for a few months, but about three weeks ago we came to an agreement. Sylvester wound up buying Dold's 2003 Mustang Mach I which Dold last raced in 2015 but was driven by Shawn Johnson at the 12th Annual Nitto NMRA/NMCA Super Bowl of Street Legal Drag Racing at Route 66 Raceway in Illinois in July of 2017 along with his 28 enclosed trailer and a big ol pile of spare parts. It's still pretty new to us, so we haven't had a lot of time to get into the car. I'm grateful to Jay for building and selling me such an awesome race car, Sylvester continued of the chassis that had been set up by Andy Smith at Pro Tree Race Cars. Instead of changing it around, since it was basically built for Factory Stock, we decided to keep it as is and run both cars. A fairly straightforward setup, albeit a plenty potent one at that, Dold's old ride features a whole host of UPR Products suspension parts both front and rear, while Strange Engineering disc brakes can be found at all four corners. Stuffed with Ross pistons and Total Seal rings, the 290 ci four-valve modular engine was built by Tony Bischoff at BES Racing Engines while a set of American Racing Headers have been bolted on to help expel spent exhaust gasses. We gave it the nickname of Modzilla because it's a little bigger than the allowed cubic inches for the class, so we'll just take the fifteen-pound weight penalty, laughed Sylvester. 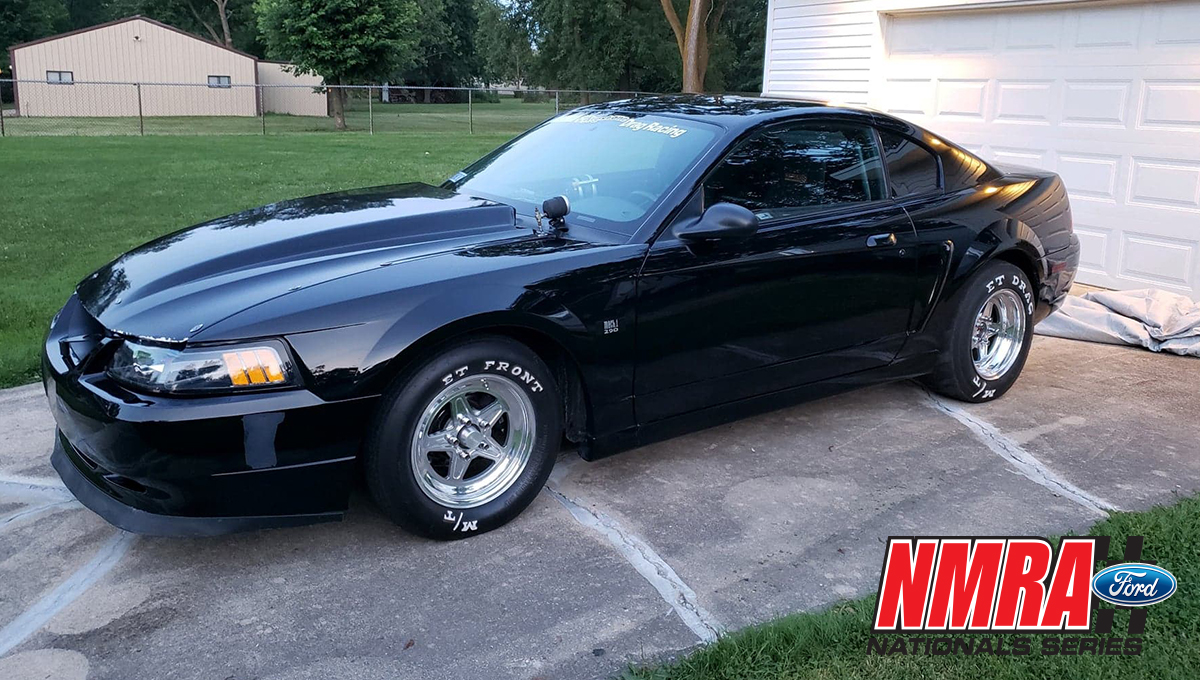 A C4 automatic transmission purchased from John Kerr at Race Part Solutions is backing the engine, which also features custom-ground camshafts from BES. Contrastingly, Sylvester's Fox body is powered by a 306 ci pushrod powerplant from Zapp Racing Engines and utilizes a stick shift G-Force G101-A transmission, so an automatic-vs-manual team rivalry may already be brewing. Sylvester Jr will be behind the wheel of the older Mustang, at the 21st Annual Nitto Tire NMRA All-Ford World Finals, but a driver for the Mach I has not yet been decided. We've been talking to a couple people who are interested in driving it, but we haven't made a selection yet, noted Sylvester of the driver-for-hire vacancy. Junior will be driving the Mach I for testing in a couple weeks at US 41, since the car hasn't been on the track in a little over two years so we're going through it with a fine-toothed comb to make sure it's ready. It's been a group effort making the two-car team a reality, and Sylvester thanks Greg Hill at Indicom Electric Company, Matt Hartford at Total Seal Piston Rings, Sharad Raldiris at UPR Products, JC Cascio at Strange Engineering, Phil Delaney at Rage Wraps, Andy Smith at Pro Tree Race Cars, Matt Bell at Redline Motorsports, Tim Zapp, Sutton Ford, and, last but not least, all the families involved for their support and sacrifices they make so that the men can pursue their passion of drag racing. We're pretty excited about it. We're hoping to run the Fox body for the full 2020 season, and the second car we aren't sure yet that still depends on sponsorship with helping the cost of travel and whatnot, he added of the to-be-determined plans for the team's future.
BES Racing
,
Factory Stock
,
Louis Sylvester
,
nmra
,
Richmond Gear
,
Total Seal
,
UPR Products
,
Zapp Racing Engines