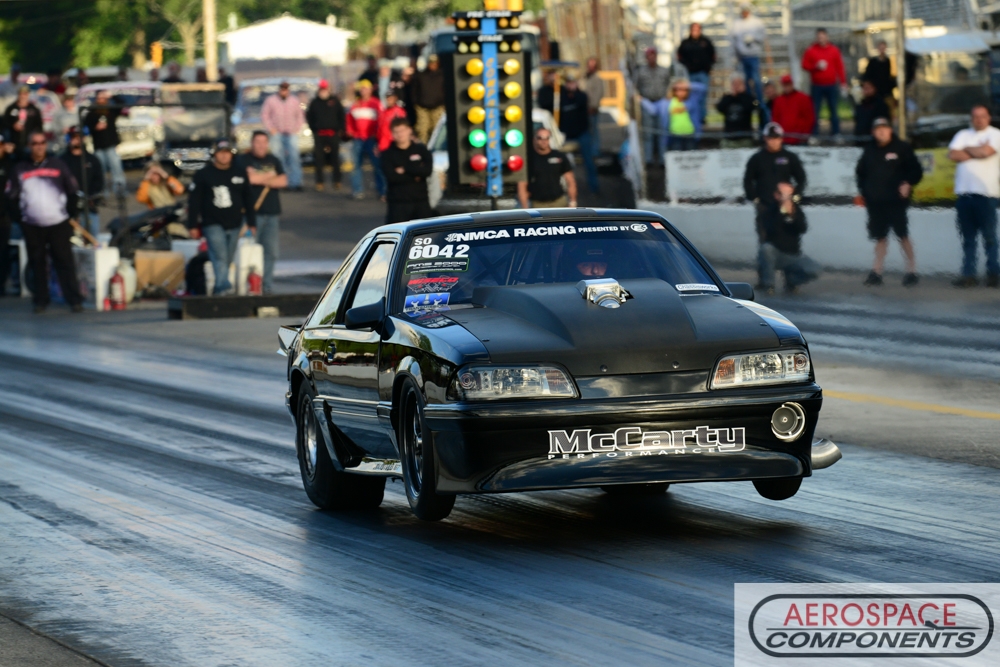 While Jacky McCarty had just introduced himself and his black LSX- and Precision turbo-powered 92 Mustang to NMCA Wiseco Street Outlaw during the 14th Annual Ross Racing Pistons NMCA Muscle Car Mayhem in March at Bradenton Motorsports Park, he promptly put his his name on the map. He ran to a 4.51 at 163 mph to qualify in the third spot at that event, followed by a 4.70 and 152 mph to qualify in the seventh spot at the 8th Annual Borla Exhaust NMCA/NMCA All Star Nationals at Atlanta Dragway in April, and while he was just getting warmed up in the highly competitive category, he unloaded a different car a black 91 Mustang GT from his trailer at the 15th Annual Quick Fuel Technology Blue Grass Nationals at Beech Bend Raceway Park in Kentucky in May. He pushed it to a 4.42 at 174 mph to qualify in the second spot, went round after round and finished as a runner-up after a 4.50 at 167 mph to 4.48 at 161 mph battle against Jarod Wenrick. As it turns out, McCarty has owned the car since he was sixteen, and while he had been racing it in the X275 and Super Street ranks across the country and earned five X275 wins in 2015 he parked it briefly while his company, McCarty Performance, built a new engine for it with help from ProLine. The 400 cubic-inch small-block Ford is topped with billet canted valve heads built by McCarty Performance and a sheetmetal intake by Marcella Manifolds. Added muscle comes from a 98mm or 94mm Precision turbo, depending on weather and track conditions, and an M&M Transmission-built Turbo 400 and ProTorque converter help put all of the power right where it needs to go. A FuelTech engine management system is in place, and Josh Lindsey designs the tune for the car which rolls on 275 Mickey Thompson drag radials. 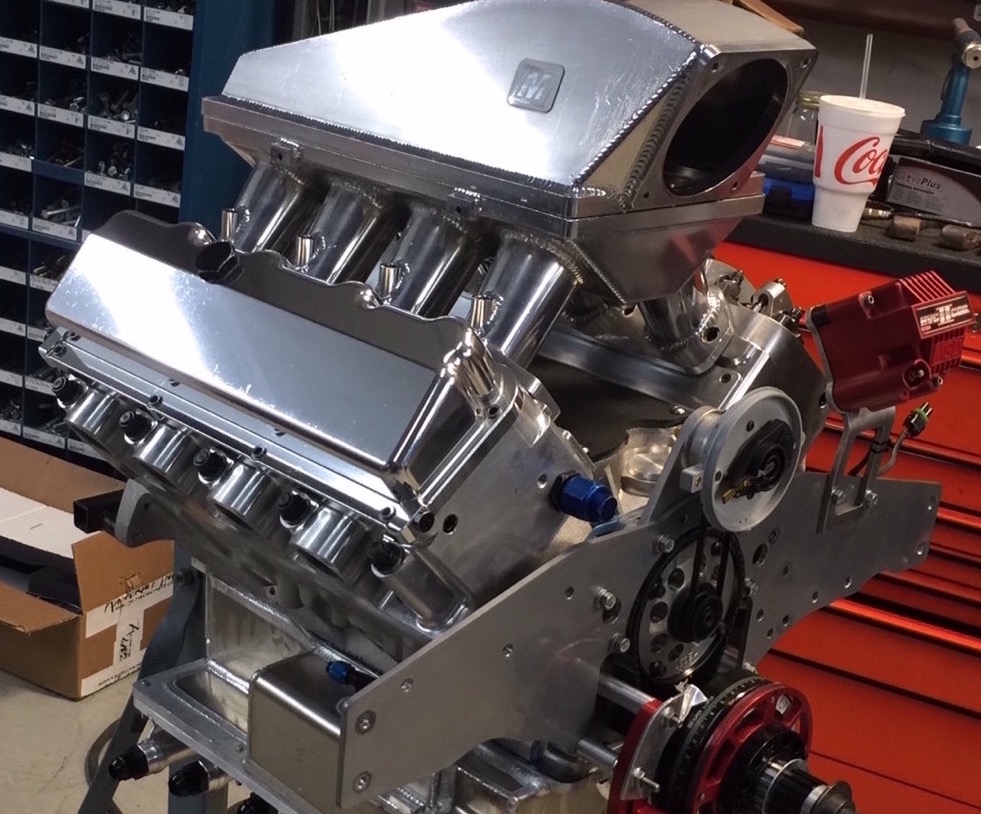 We were very pleased with how the car ran considering it was the first time out with a new engine, said McCarty, of Bristol, Virginia. After the NMCA race in Bowling Green, McCarty, who's currently third in class points, headed to the Prize Fight at Ohio Valley Dragway in Kentucky in late May, where he ran to a best of 4.41 at 174 mph on his way to a semifinal finish in X275. Now, he's focused on the 15th Annual NMCA All-American Nationals, June 23-26, 2016, at Lucas Oil Raceway in Indianapolis, Indiana, where he'll pit alongside longtime friend and McCarty Performance teammate Henry Lee, who runs Edelbrock Xtreme Street in a green Fox body Mustang powered by a small-block Ford which McCarty Performance built with help from ProLine and a 76mm Precision turbo. And, now that there's a small-block Ford where there was once an LSX engine, he'll head to the 18th Annual Nitto NMRA All Ford World Finals, Sept. 28-Oct. 2, 2016 at Beech Bend Raceway Park in Kentucky for some VP Racing Fuels Street Outlaw action. When asked what he thinks the car will run once it's completely shaken down, McCarty laughs before saying My tuner would fire me as a driver if I shared what I thought the car might run. He did, however, follow that up by indicating that he's confident he has a very competitive combination on his hands. 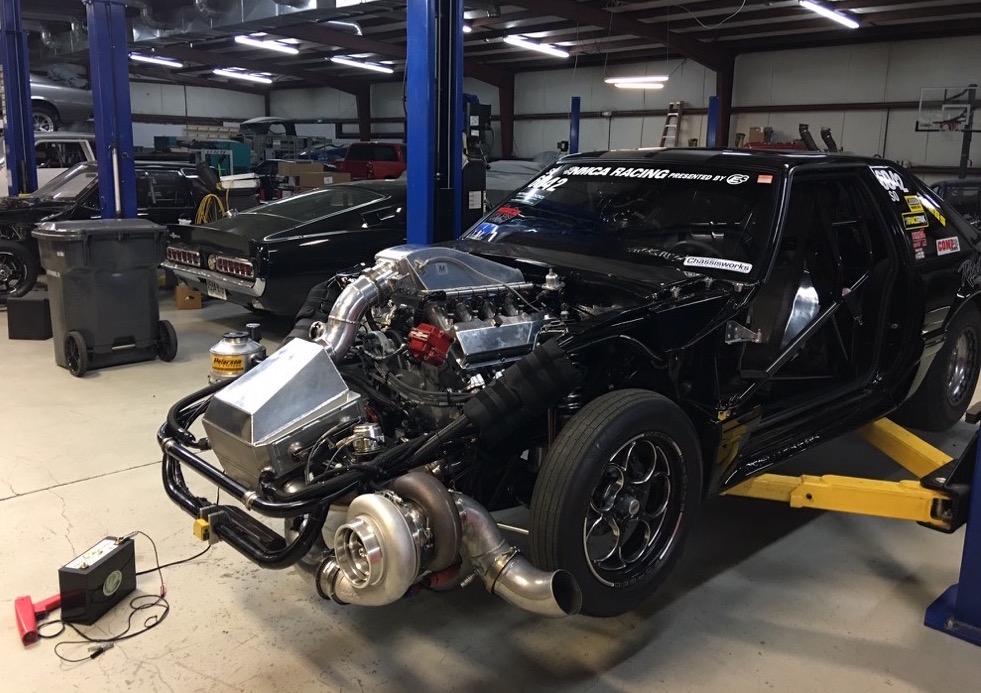