Multi-Time Champion Frank Varela is Stepping Up to Street Outlaw 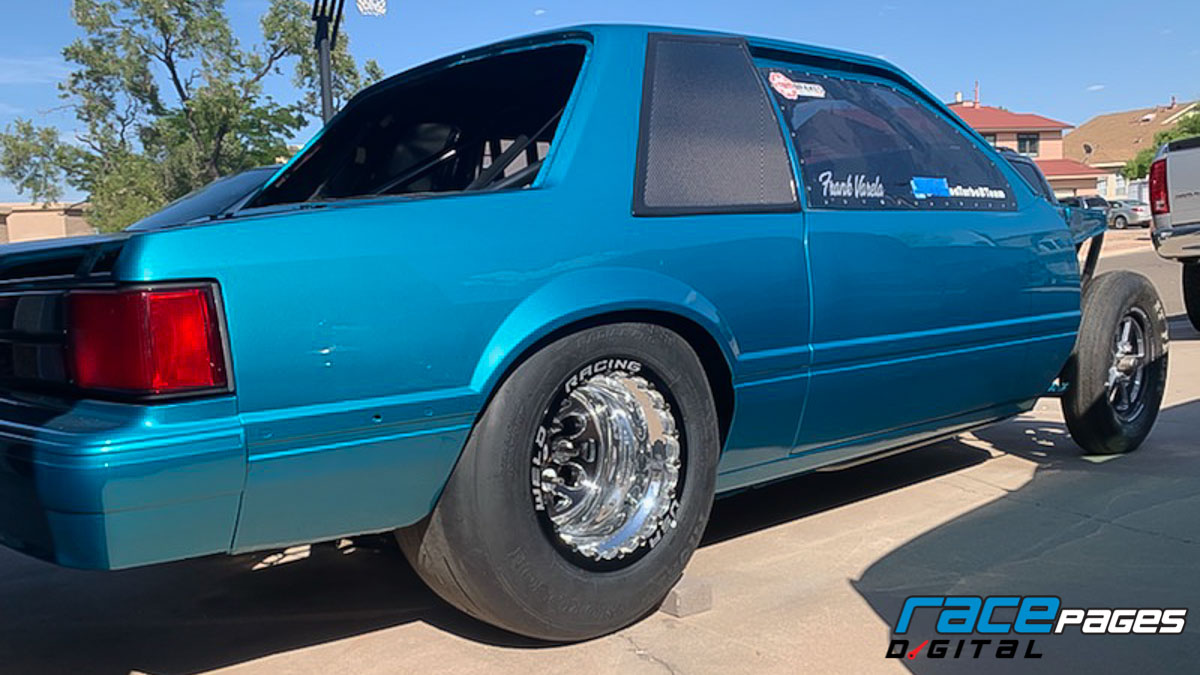 Written By Ainsley Jacobs The closer you get to the finish line, the more exciting things get and such is the case for multi-time NMRA champion Frank Varela of Albuquerque, New Mexico, as he draws closer to completion on his new NMRA/NMCA VP Racing Fuels/Mickey Thompson Street Outlaw entry. Varela, who has been a staple in the NMRA and NMCA world pretty much since the beginning of time, has closed out his 2019 season to focus on readying his new ride for 2020 instead. The 91 Ford Mustang isn't much of a departure from his Fox-body comfort zone, but its setup sure is. We acquired the car a couple years ago and there was nothing on it, it was as naked as a stripper no doors, no bumpers, nothing, Varela shared of the shell's initial state. He dropped it off for a stint with his nephew, Ivan Varela, at 4th Dimension Performance Fabrication and Ivan quickly got started installing the X275-legal, 6.50s-certified roll cage using chromoly from Performance Center. He also did the rear end housing and built it up from nothing.

Once Ivan had finished the fabrication and chassis work, Varela sent the car over to Sean Sena at Sea-Nic 66 Restoration and picked it back up in July of 2019. The outcome was dramatic from bare metal came an eye-catching car that Varela will be proud to wheel. Next, Varela began working on installing the carbon fiber, wheel tubs, and floors he obtained from Don Lamana at Pro Fab Performance, along with Optic Armor windows. For the powertrain, Varela wound up taking a different route than what he had in the past. The departure from his typical MMR-built block has no malice or ill will behind it, but an opportunity arose to go with a billet aluminum Coyote block from Accufab instead. The relationship between Varela and John Mihovetz developed organically and just fell into place, so Varela decided to give the new option a shot as this will be his first time running a true billet block. Inside, a set of Diamond pistons will be accompanied by Accufab connecting rods, while Hellion Turbo's own Dwayne James will be managing the overall assembly.

It's a unique combination that I think will work, asserted Varela, who purchased a set of cylinder heads from NMRA G-Force Racing Transmissions Coyote Stock racer Carlos Sobrino. Frankenstein Engine Dynamics is doing the port work, valves and seats, guides, and basically the whole thing there. Varela plans to stick with what he knows best and will run a turbo as his power adder, although he's not sure what manufacturer it will come from just yet nor what size it will be, as all that will be decided upon rules and partnership opportunities. M&M Transmission will remain on board as Varela's transmission of choice, though, and he'll be using a Powerglide this time around. On the engine management side of things, Varela opted to go with a FuelTech FT500 system, rather than his usual Holley setup, and plans to still keep his Racepak componentry integrated along with a complete fuel system from Weldon.

Keeping the Fox body sitting pretty are suspension components from top companies. In the front, everything is from UPR Products. Those guys are great people and I love their stuff. In the rear, it's all Racecraft, and the rear shocks are AFCO double-adjustables with the front struts from Santhuff, Varela explained of what's what. The Brake Man brakes at all four corners are framed inside a set of Weld Racing Alpha-1 wheels wrapped in Mickey Thompson rubber and will work well to slow the car when need be. Similarly, keeping the driver safe is a DJ Safety fire system and harnesses with a Stroud Safety parachute out back. As the build nears completion, Varela only has a few more items left to tick off his to do list. Ivan doesn't know it yet, but he's going to build a billet intake manifold for me, laughed Varela, who will pair the part with an Accufab throttle body. His son, Frankie, took point on the wiring for most of the Mustang and did a top-notch job with it. It's a lot of work building a car from just about nothing. I was going to rush and have it out at the finals this year, but I realized why rush. It's coming out pretty dang nice, continued Varela of the project that's definitely been a process. Next year could be something special, but that class is tough and there's definitely a bunch of learning for us to do. Plans are to have the newest Hellion B-Team car ready to rock at the NMRA season opener in Bradenton, Florida, in early 2020 and then hit the rest of the NMRA schedule along with various X275 races when and where Varela can. There are some really tough competitors in Street Outlaw John Urist, Phil Hines, the Bruder brothers, Vinny Palazzolo to name a few but I'm anxious to get in there and mix it up with them, stated Varela, who has a history of rising to the top himself. It may take a few laps to get the car where he needs it to be, but there's no double Varela (and team) will be competitive just like he has been in ProCharger Coyote Modified and Edelbrock Renegade. Cautiously optimistic for now, Varela will let his actions speak louder than his words. I just can't wait to get back out there. It'll be exciting. It took me a while to start liking this new car because I drove my blue one for so many years, but I'm coming around and it sure is a sexy beast.
4th Dimension Performance Fabrication
,
Accufab
,
AFCO Racing
,
Diamond Pistons
,
DJ Safety Equipment
,
Dwayne James
,
Edelbrock Renegade
,
Frank Varela
,
Frankenstein Engine Dynamics
,
FT500
,
FuelTech
,
Hellion Racing B-Team
,
Hellion Turbo
,
John Mihovetz
,
M&M Transmission
,
M