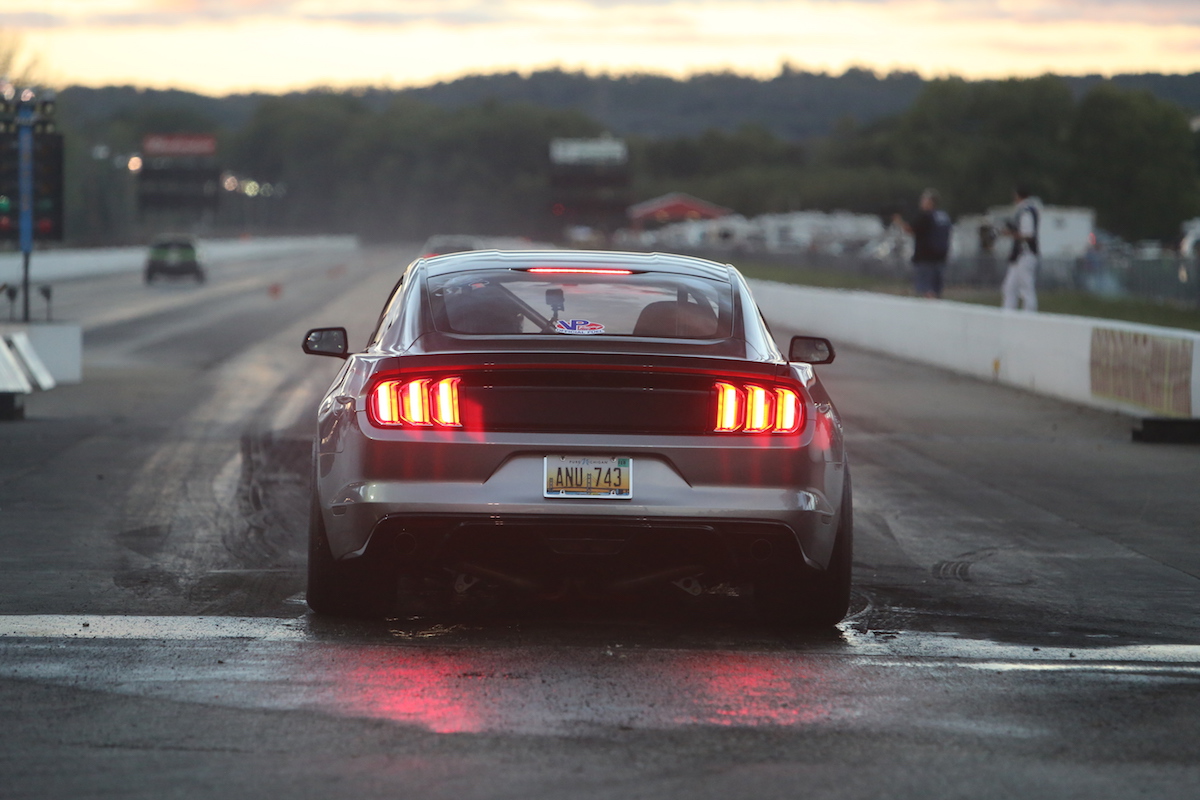 As the 2015-2016 Mustang becomes more popular, there are a select few who continually push the S550 platform further and further. The first full-production, IRS-suspended Mustang (the Terminator Cobra had a limited run) has certainly been put through its paces over the past year. In less than a week the gates will be opening at Bradenton Motorsports Park and the property will be flooded with hundreds of Mustangs in search of low elapsed times and some fun in the sun. The event is appropriately nicknamed the Spring Break Shootout, which is sponsored by Nitto Tires and presented by Muscle Mustangs & Fast Fords magazine. In a little over a week, we expect to be leaving Florida with a new IRS Mustang record on the books and the top three baddest IRS-suspended S550 Mustangs will be there gunning for the record.

Last year, we watched the Watson Racing guys you know, the name behind the Cobra Jet production as they pushed their former SEMA Show car into the 8s to be crowned First in the 8s. The team isn't shy about it being a street car first, and regularly entered it in QA1 True Street competition throughout the 2015 season with Chuck Watson Sr. behind the wheel. A Watson-Racing built Coyote 5.0 with a Whipple 2.9L supercharger powers the car, and the powerplant is being described as a Cobra Jet engine on steroids. It must make some really good power as it has pushed the 3,800-pound land barge to a best of 8.70 at 156 mph. Some top secret winter upgrades has the team looking at 8.50s or better once it breaks out of the Michigan winter and into the Florida sunshine. NMRA fans only got a glimpse of the potential of the 2015 Mustang GT of Melissa

Urist as she wheeled her Hellion twin-turbo-powered S550 to mid-9 second runs during the NMRA World Finals last year. After getting her feet wet in the nine-second zone, she grabbed the boost knob and cranked it up even higher for her second race with the new car a month later at The Strip at Las Vegas. She entered an Index class during the Street Car Super Nationals but wasn't too enthused about lifting on the top-end, so Urist ran it all the way out the back door. Her reward was the second IRS-equipped car to dip into the eights with an 8.90 at 155 mph. The car still sports a 6R80 factory transmission, making the accomplishment even more impressive. And to top it off, Urist drives her daughter to pre-school in her 8-second steed when the sun is shining on their hometown of Albuquerque, New Mexico. The next step is to push the car even further into the 8s and chase after the all-time record for both the 6R80 automatic transmission and, of course, the IRS Mustang low et mark.

Our final contestant is more known for supplying suspension parts to Mustang owners at his day job at BMR Suspension. Kelly Aiken bought an S550 Mustang last year with the sole intention of going fast with a new daily driver. A VMP supercharger was bolted on within days of picking up the car from the dealership. After some teething issues with the new platform, it was Ken Bjonnes of Palm Beach Dyno who got the calibration sorted on new ECU and Aiken was ready to have some fun. First came low 10s, then he pushed his steed into the 9.50s. But that is when he pretty much destroyed everything from the driveshaft rearward. He never waivered, replaced, rebuilt, and made it all stronger as he added a built Coyote long-block and turned up the boost to 20 psi on the VMP 2.3L TVS supercharger. His reward was a stellar 8.99 at 154 mph. He isn't shy about street driving this car either, and he reports a mix of highway and local driving produces a 14.5mpg reading, which isn't bad for an E85-burning machine. But his next goal is to go even further into the 8s, and he is working on a plan with Bjonnes to accomplish that task. Who will have their name etched in the record books when the NMRA leaves Florida Stop by Bradenton Motorsports Park next weekend to find out.
Aiken
,
Hellion
,
IRS
,
Urist
,
VMP Performance
,
Watson Racing
,
Whipple