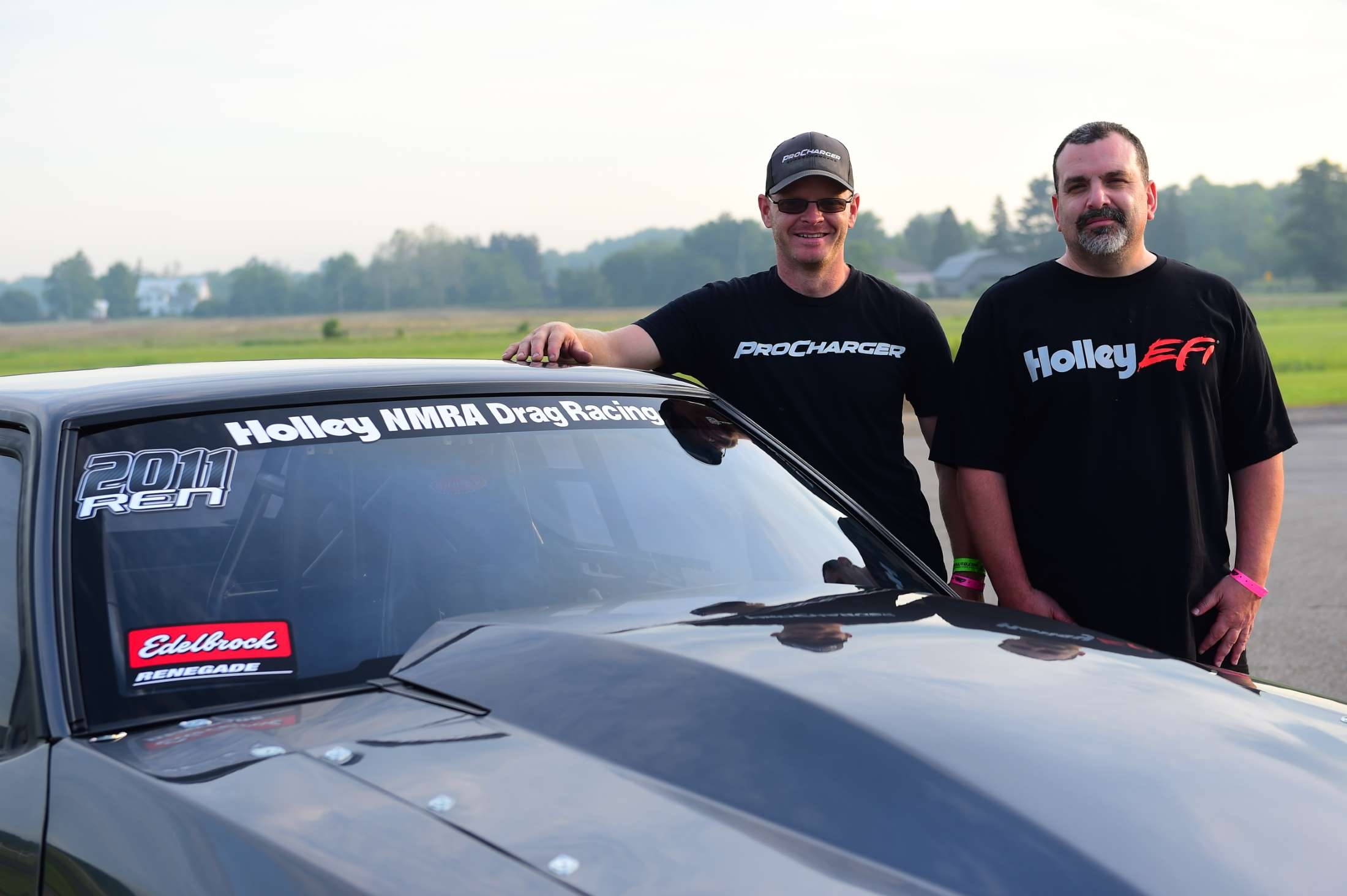 Indiana-based racer Travis Burkett made the move to NMRA Edelbrock Renegade for 2021 and had a solid season, but he wrapped things up with an engine failure at the season finale in Bowling Green, Kentucky. Over the off-season, though, Burkett made big moves to prepare for a bolder 2022 and now has a new engine locked and loaded.

“We kept going slower in qualifying and I knew in my gut there was something wrong,” recalled Burkett of his Fox body Mustang’s performance. Thanks to help from tuner Brian Friedentag and fellow racer Rick Riccardi, they determined the root cause of the trouble. “We found cylinder number four was dead and also bent the rocker stand.”

Fortunately, Burkett was able to pull the engine in a matter of hours while still at the race. Mike Curcio of Mike Curcio Race Products (MCRP) transported it back to his shop in Pennsylvania and quickly got to work not only assessing the damage – which included a few other issues – but also coming up with a solid plan of attack to come back better.

“Mike and Brian put their heads together and built me a solid bullet,” Burkett shared happily of the collaborative effort between his people, whose opinions and decisions he trusts implicitly.

Previously, Burkett had been running his Ford pushrod powerplant in a 347 ci configuration but, after the fixing and freshening up, the facelifted Ford had been bumped up to a displacement of 352 ci. Burkett’s old crankshaft and connecting rods were still useable, so those went back in, but new pistons spec’ed by Curcio were added along with a “Frezzy Tuned” camshaft spec’ed by Friedentag.

“Mike [Curcio]is great at porting and he worked his magic on the heads,” added the owner, who also switched to a Holley Hi-Ram intake manifold that was massaged by Curcio as well. “I’m a low-dollar racer and Brian [Friedentag] has bent over backward for me to make this car what it is. He’s the mastermind, I’m just the wallet. Mike, too, has helped a ton with making me fast on a budget.”

In late April, Burkett went on a wild 20-hour nonstop road-trip from Indiana to Pennsylvania to pick up the engine once it was done. Next, he quickly stuffed it between the frame rails of his gray Fox body, bolted on his familiar ProCharger supercharger, and headed out to Andy Smith’s Pro Tree Racecars for some last-minute fabrication work and rear suspension setup.

“Over the off-season, I moved the intercooler from inside to the front of the car,” Burkett explained of the change that took him from 18’ of pipe to 3’ and tremendously reduced the number of fittings and transitions needed as well as overall weight and potential heat soak. “RPM Transmissions freshened up my Powerglide transmission for me and I added a Tin Soldiers 9” rear housing with Strange Engineering components. I also installed TRZ A-arms and control arms, purchased through Tin Soldiers.”

Even though he ended 2021 with a hurt engine, Burkett had a blast with the NMRA crew and other Edelbrock Renegade racers. He even made a semi-finals appearance in his inaugural season, and especially enjoyed attending NMRA events with his wife, Angela, and son, Landon. This year, they’re adding their newborn son, Maverick, to the mix.

“We had valvetrain issues last year, so the goal with this motor was for longevity, durability, and consistency,” stated the racer. “Ron Turransky helped out throughout this build, and Brandon and Jim at Automotion Race Cars always got me the parts I needed quickly.”

Burkett had to sit out the first two NMRA races of the 2022 season due to parts shortages while he awaited his new MCRP engine, but is more than ready to get rolling now that the build has been buttoned up. Finally, Webb & Sons Painting in Indiana, where Burkett’s cousin works, touched up a few race-induced scratches so he’ll be camera-ready for his debut.

Previously, his engine had produced roughly 1,400-horsepower without the aid of the ProCharger supercharger and Burkett expects the new version of it to be in the 1,600-1,800-horsepower range – plenty of extra ponies to help him move up in the class as he prepares to begin his 2022 NMRA Edelbrock Renegade season at the 17th Annual NMRA/NMCA Super Bowl of Street-Legal Drag Racing Presented by FuelLab in mid-May at World Wide Technology Raceway in St. Louis, Missouri.