Nikki Frost is the New Kid on the Coyote Modified Block 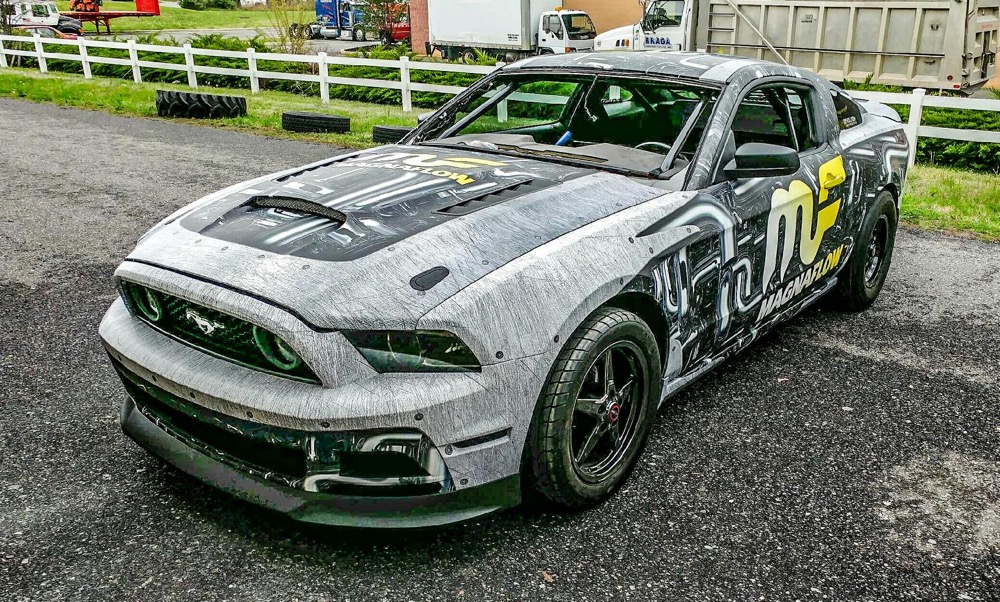 While Nikki Frost had been pounding pavement in a 2013 Mustang GT in NMRA QA1 True Street and the Muscle Mustangs & Fast Fords All Female Shootout presented by American Muscle, she's set to roll out a different 2013 Mustang GT in ProCharger Coyote Modified. Previously driven to ten-second elapsed times in testing by her husband, Keith Fidura, it's had a bit of a makeover, beginning with its 302 cubic-inch Coyote engine on a stock block, which went to Jeremiah Hussey of Modular Performance Solutions in Robins, North Carolina, to be fortified. It will be topped with a Cobra Jet intake and Injector Dynamics high-flow 1300 injectors, which were designed in partnership with Bosch Motorsports, and a Vortech V-7 JTB blower will provide even more muscle. We hope that building upon the stock block and running well will show people that you can compete in a heads-up category without spending a ton of money, said Frost, who manages a law firm near her home in Philadelphia, Pennsylvania. The ever-friendly but ever-focused driver who attracted a lot of attention as she rowed the gears of the manual transmission in her former car to runner-up finishes in the All Female Shootout in 2014 and 2015 and in the All Female True Street in 2015 at Summit Motorsports Park in Ohio is making the move to a Transmission Specialties-built Turbo 400 automatic transmission to back up the combination. I love a manual transmission, but I felt that I would be more competitive in a heads-up class with an automatic transmission, and when I went to Frank Hawley's Drag Racing School in February, I was in a 9-second car that had an automatic transmission, and learned how to use a transbrake, among other things, said Frost. I had pretty much launched from idle before, so it was a big change launching from any kind of RPM. The car, which features a cage by 1320 Fabrications in Maryland and suspension components by Strange and UPR installed by Revolution Automotive in Maryland, will roll on Mickey Thompson 275 drag radials wrapped around Race Star wheels. Exhaust will flow through the MagnaFlow mufflers under the car, which features a wrap designed by Fidura in collaboration with 13-Three and Skepple that was recently applied by Fine Lines in Hainesport, New Jersey and showcases MagnaFlow's relationship with Frost. She's expecting to have her engine back soon, and after it's installed into her car by Revolution Automotive, shop owner Adam Browne will design a tune for the combination. The elapsed-times the cars are running in the class are certainly daunting, and I'm not going to come out and run a seven-second pass off the trailer, said Frost. I'm hoping to run low nines to begin with, and I'll have growing pains, but I'll be happy to be competing in the heads-up class with some of the veteran drivers. I don't expect to win right away, but I do hope to be somewhat competitive. Fan-favorite Frost and her team are hoping to debut the car in ProCharger Coyote Modified at this weekend's 16th Annual WyoTech NMRA Ford Motorsport Nationals, April 28-May 1 at Maple Grove Raceway in Reading, Pennsylvania. If it's not quite ready for the spotlight, she'll enter the event's Muscle Mustangs & Fast Fords All Female Shootout presented by American Muscle in her previous car, which is equipped with a stock 302 cubic-inch engine, Vortech V-3 Si blower and stock MT-82 transmission and frequents the low elevens. None of this would be possible without the help I've had from so many good people and shops, including Revolution Automotive, Vortech Superchargers, 13-Three, Strange and UPR to name a few, said Frost. Without them, I'd be nowhere. They have so much confidence in me, and I really want to do well.