NMRA Drivers Battle it Out in the Buckeye State 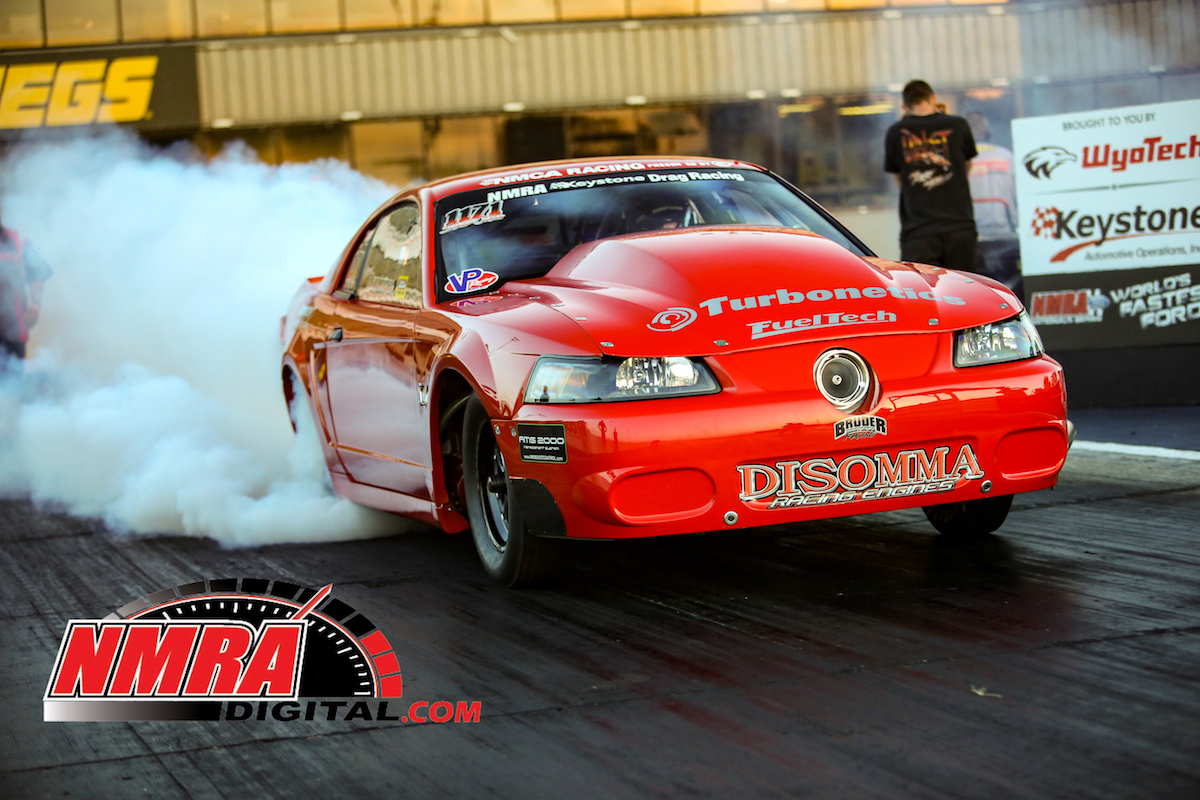 As the fourth of six events on this year's NMRA tour, the 14th Annual NMRA Ford Super Nationals, June 8-11 at the recently renovated National Trail Raceway in Hebron, Ohio, packed a lot of punch as drivers delivered pulse-pounding performances to work their way up in points. With his eye on the Aerospace Components Winner's Circle, Dwayne Barbaree led qualifying in VP Racing Fuels Street Outlaw with a 4.39 in the Mustang owned by Daniel Pharris and John Kolivas before being recently purchased by his teammate Russell Stone. He made it to the final where he met madman Manny Buginga, who currently holds the category's elapsed-time and top speed records, and in the tango between the two turbo cars, Buginga uncorked a 4.49 to win over Barbaree, who was 4.52. There were challenging track conditions, but my crew chiefs, Nick and Rich Bruder, my crew, Pat Speer, TJ Strange and my wife, Jen, got this car going A to B when it counted, said Buginga. In Edelbrock Renegade named for racing industry legend Vic Edelbrock, Jr., who recently passed away Alton Clements led qualifying with a 7.45. The cool and calm driver was focused and formidable through the final. There, he pulled alongside Brian Mitchell, who's in the driver's seat of Adam Arndt's Mustang, and Clements cruised to the win with a 7.49 over Mitchell's lifting 10.27. Jeff Polivka powered to a 7.91 to lead qualifying in ProCharger Coyote Modified, but the final featured John Kauderer and Haley James-Schneider. Kauderer turned on the win light with an 8.49 while James-Schneider ran into issues and was forced to get out of the throttle. Matt Amrine rode to a 10.65 to lead qualifying in Richmond Gear Factory Stock, but in the final, Bart Welte got the best of him and won with a 10.80 to Amrine's 11.01.

Racing was tight in the 21-car G-Force Racing Transmissions Coyote Stock field and hot-shoe Jacob Lamb, who led qualifying at the races in Georgia and Pennsylvania, also led qualifying with a 10.24 at this race. The final round, however, belonged to Shiftin' Shane Stymiest and Charlie Booze, Jr. Stymiest sailed to the win with a 10.33 to Booze, Jr.'s 10.36. Amanda Saad had the quickest reaction time in Detroit Locker Truck and Lightning qualifying with an 0.003, but the final round was tailor-made for Gerry VanVeen and Bob Dill. In it, VanVeen won with an 11.36 while Dill clocked a 9.59.