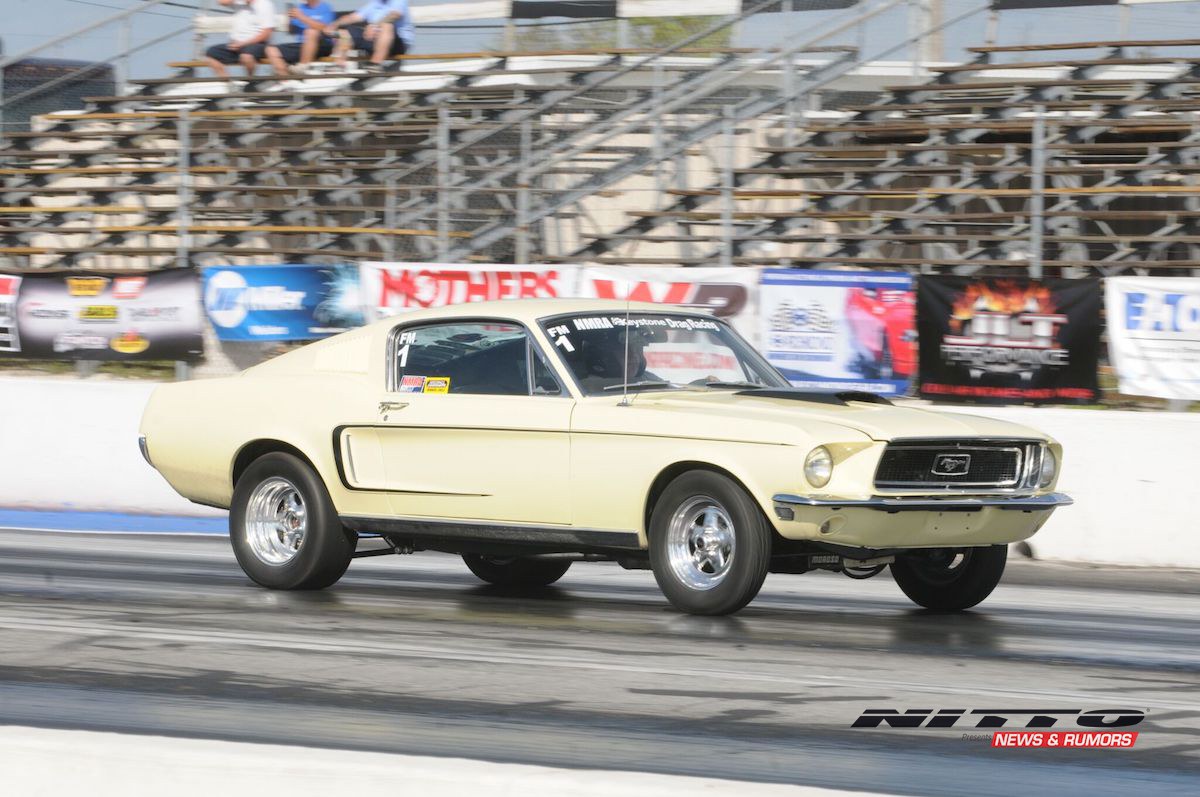 While Bryan Parker was potent in a Mustang coupe on his way to the 2017 NMRA Race Star Wheels Ford Muscle championship, he pulled a Mustang fastback out of his trailer to chase another championship in 2018. For the car powered by a 347 cubic-inch small-block Ford, he chose an 11.50 index and ran 11.54 to qualify in the third spot at the 24th Annual Nitto Tire NMRA Spring Break Shootout presented by Steeda Autosports in March at Bradenton Motorsports Park. The following month, he ran 11.53 to qualify fifth and later a breakout time of 11.48 to runner up against Danny Towe at the 10th Annual NMCA/NMRA All-Star Nationals in April at Atlanta Dragway. The Ohio-based driver was right on his index to lead qualifying and later went to the Aerospace Components Winner's Circle with a breakout time of 11.49 over Randy Conway at the 13th Annual Nitto NMRA/NMCA Super Bowl of Street Legal Drag Racing presented by Fuel Systems Technology at Route 66 Raceway in Illinois. 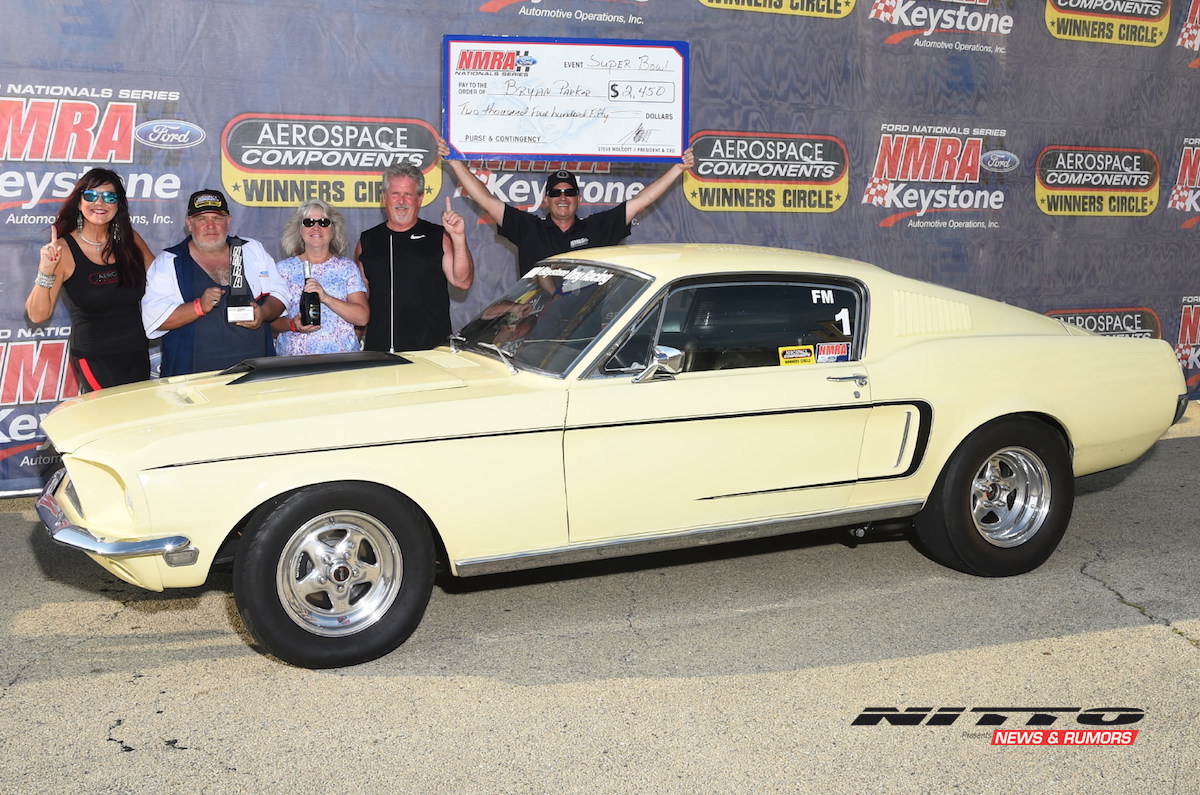 He put the exclamation mark on his race season with an 11.50 to lead qualifying at the final event on this year's NMRA tour, the 20th Annual Nitto Tire NMRA All-Ford World Finals in September at Beech Bend Raceway in Kentucky, where he also officially backed up last year's accomplishment by earning the 2018 NMRA Race Star Wheels Ford Muscle championship. When I won the 2017 championship, I decided to reward myself with a new car, said Parker. I've always wanted a 1968 Mustang fastback and an opportunity presented itself for me to obtain one, so I pulled the trigger. I knew that one doesn't change a winning combination, so I wasn't expecting to repeat as champion. I was hoping to just collect one win and a top ten finish. After I won in Joliet, captured my second Super Bowl ring and took over the points lead, I started thinking that maybe I could pull it off. It went down to the wire with less than one round deciding it, so I guess I had a little luck on my side this year. Parker and his fellow champions will be celebrated at the NMRA presented by Keystone Awards Ceremony presented by Aerospace Components, Dec. 7 at the Indiana Convention Center. (Please watch for stories on all champions to be posted on the website and in Fastest Street Car in the days to come.) 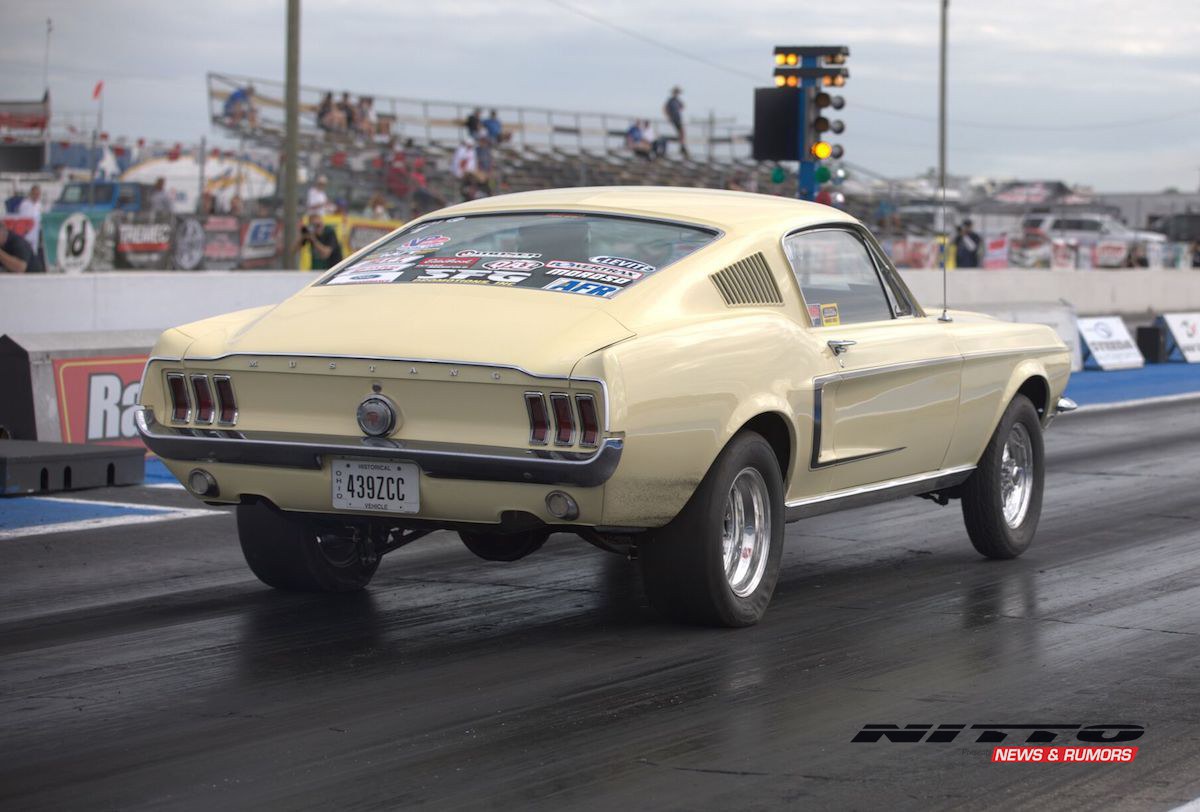