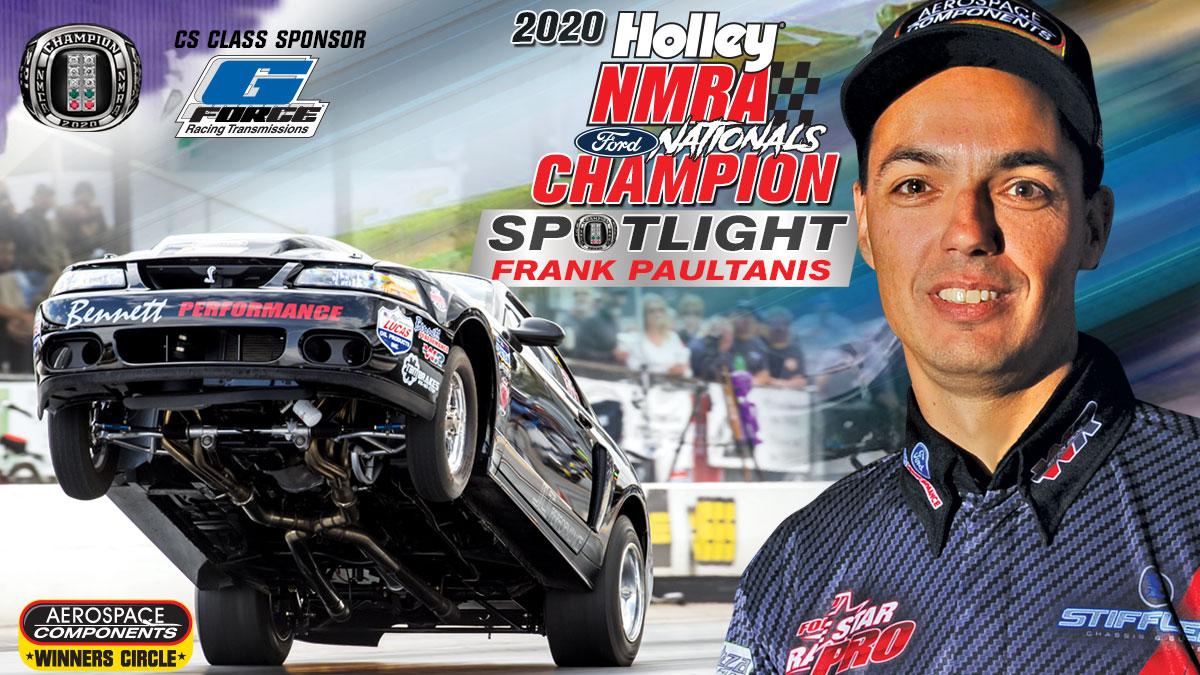 By Mary Lendzion While Frank Paultanis pulled off a fifth-place finish in NMRA G-Force Racing Transmissions Coyote Stock last year, his mind was on motoring to a championship this year. He got the ball rolling by blasting to a 9.92 and 132.99 mph to lead qualifying at the first event of the season, the 26th Annual Nitto NMRA Spring Break Shootout, which was Feb. 27-March 1 at Bradenton Motorsports Park in Florida. That was just the start of a super-successful weekend for the Michigan-based driver, as he was the first to break into the 9s in the category, set records which still stand with those qualifying times and earned his first trip to the Aerospace Components Winner's Circle with a 10.09. This event was a little different than most since a bunch of my family members attended, said Paultanis. It was a great experience being able to have both my mom and dad, Frank and Dorene, in the winner's circle for my first event win. Ready to see if he could back it up, Paultanis headed to the 12th Annual Scoggin-Dickey Parts Center NMRA/NMCA All-Star Nationals, in June at Atlanta Dragway. He was competitive from start to finish in his wheel-standing Mustang packing a Gen II Coyote engine, G-Force Racing Transmissions G101-A, Fidanza clutch, UPR, Racecraft and Strange suspension components and Mickey Thompson tires, as he led qualifying with a 10.19 and wrapped up his second win of the season with a 10.27. Paultanis was on a roll, with support from his wife, Dawn, daughter, Danielle, whom he calls his biggest cheerleader, and longtime crew members Matt Harget and Andy Ransford, as well as Eddie Bennett, Tim Donathen, Kevin McMullin, Randy Soper, John Leslie Jr. and Clair Stewart. He qualified in the third spot with a 10.14 and won again, this time with a 10.21, at the Nitto Tire NMRA/NMCA Super Bowl presented by HPJ Performance in early August at World Wide Technology Raceway in Illinois. 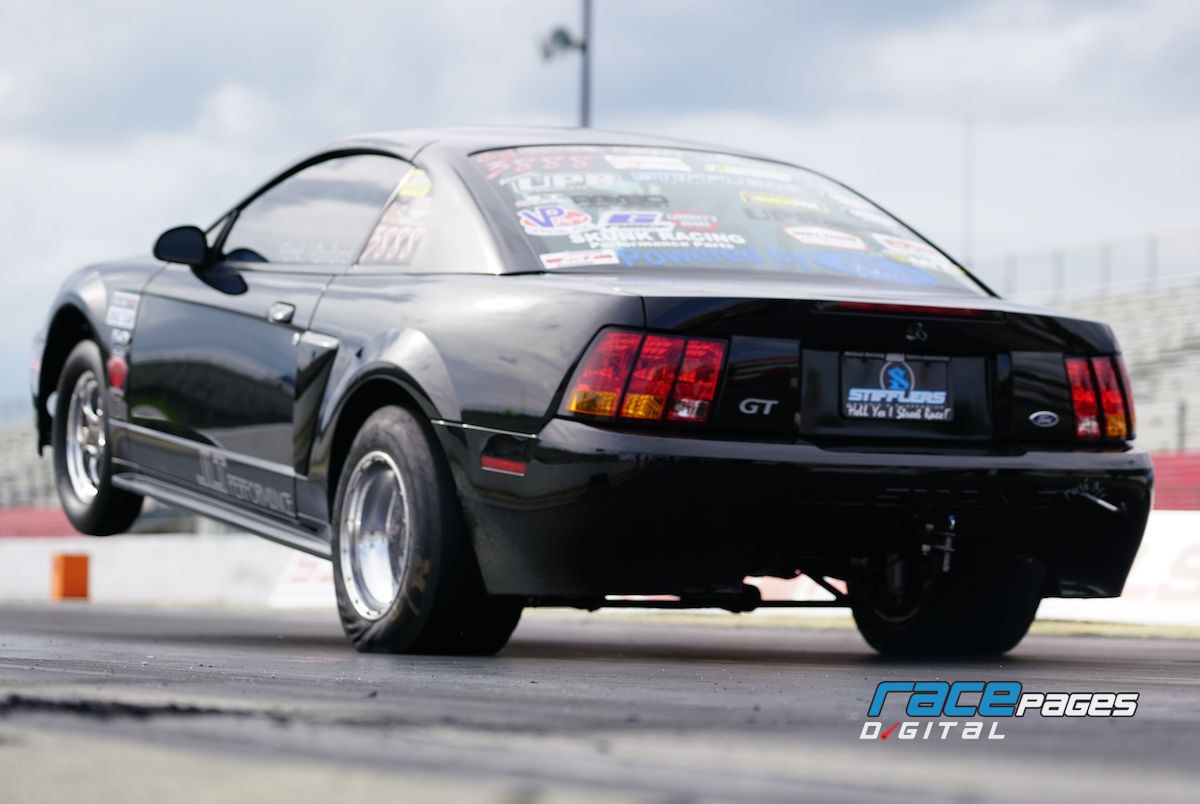 Matt Harget and Andy Ransford have crewed for me since I have been in Coyote Stock, and I couldn't ask for a better crew, said Paultanis. They're always in tune with what needs to be done after each pass, making sure the car is ready for the next round. Matt and Andy are very loyal friends who have always been there for me, whether it's for testing at our home track, going to the events or performing clutch changes, like we did four times in one weekend back in 2018. Showcasing his strength as a driver, Paultanis led qualifying again with a 10.20 and made it to the semifinal round of eliminations before exiting with a 10.18 at the Arrington Performance NMRA/NMCA All-American Nationals presented by Force Engineering in late August at U.S. 131 Motorsports Park in Michigan. "Making changes based on track conditions, weather and data each round is critical to get these cars to work at their highest potential, said Paultanis. This is where Eddie Bennett's expertise has shined. He takes all this information and calls the shots for each round for shock adjustments, tires and more. Eddie had a huge impact on my program this year. With his heart set on sealing the deal, Paultanis pulled into the NMRA All-Ford World Finals featuring the Holley Intergalactic Ford Festival, in September at Beech Bend Raceway in Kentucky. He qualified in the third spot with a 10.05 and went a few rounds, and it was enough to help the dedicated driver earn the 2020 NMRA G-Force Racing Transmissions Coyote Stock championship. From the winner's circle to my championship win, I made father-daughter memories with Danielle that will last a lifetime, said Paultanis. While the Coronavirus pandemic prevented NMRA from having its annual ceremony to celebrate champions, each was invited to share the words they would have shared on stage in front of their fellow racers, family and friends. 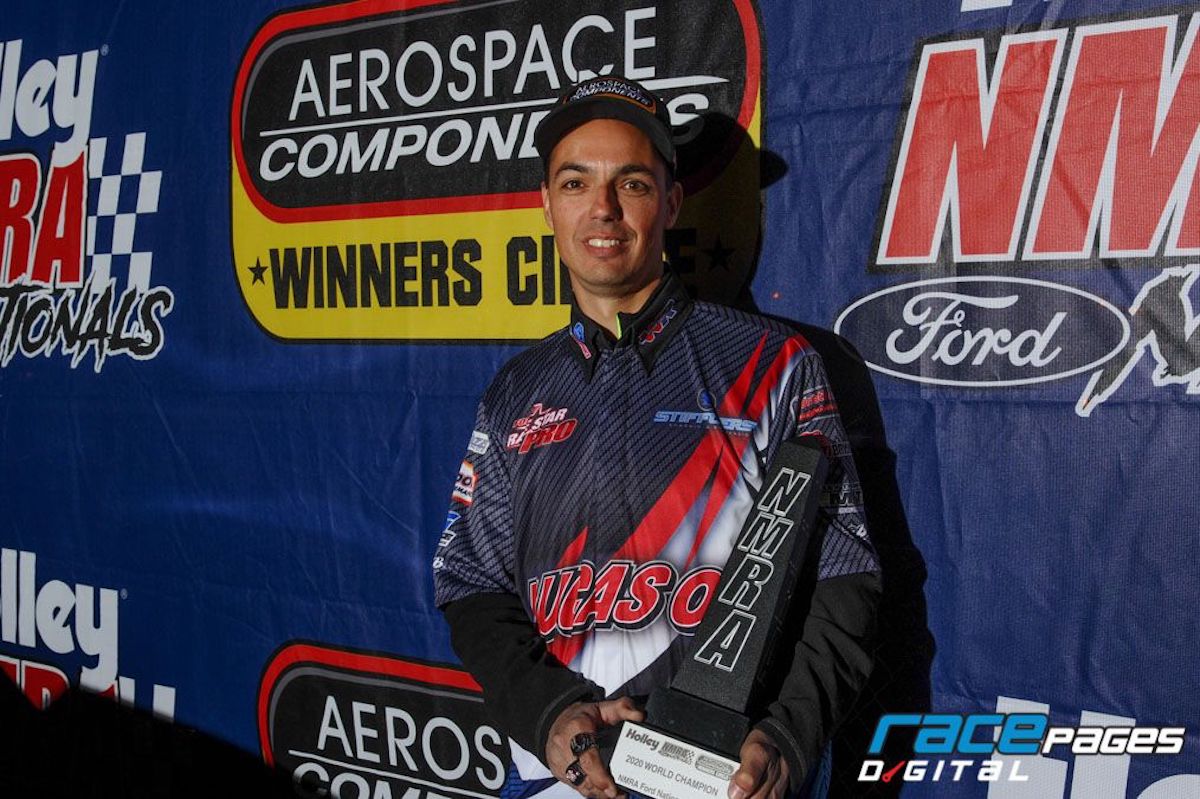 HOW DOES IT FEEL TO HAVE EARNED A CHAMPIONSHIP DURING SUCH AN UNUSUAL SEASON After the Bradenton event, things changed so rapidly that I was wondering if the season would continue. Once the Atlanta event happened, I felt a bit more confident we would have a successful race season. All of the uncertainty throughout the 2020 season made me work harder and gave me something good to focus on. WHAT WAS THE BIGGEST CHALLENGE YOU OVERCAME ON YOUR WAY TO EARNING THE CHAMPIONSHIP The biggest challenge was the time between the events and wondering if the next one would happen. Once I left the house and was on the road to go to the next event, everything felt normal again. WHICH FAMILY MEMBERS AND FRIENDS WOULD YOU LIKE TO THANK FOR SUPPORTING YOU ALONG THE WAY Eddie Bennett III, Ed Bennett, Matt Harget, Andy Ransford, Tim Donathen, my mom and dad, Dorene and Frank, my wife, Dawn, my daughter, Danielle, my mother-in-law, Deborah Mattson, and her husband, Tom Brahan, Clair Stewart, Tom Bogner, Kevin McMullin, Randy Soper, Drew Lyons, John Leslie Jr., Sondra Leslie and Steve Higgins. WHICH SPONSORS WOULD YOU LIKE TO ACKNOWLEDGE Lucas Oil, Fidanza Performance, UPR Products, JLT Performance, Precision Shaft Technologies, Weldon Pump, Watson Racing, Mickey Thompson, Stifflers and G-Force Racing Transmissions. Leonard Long and Paul Long of G-Force Racing Transmissions have provided great racer support for the G101-A in my car. This class would not be the same without G-Force Racing Transmissions. WHAT DO YOU ENJOY ABOUT RACING IN NMRA G-FORCE RACING TRANSMISSIONS COYOTE STOCK The NMRA is a tight-knit community from the racers and ProMedia crew to the fans. The Coyote Stock competitors are a tough bunch of racers on the track, but if there is a Coyote Stock racer in need, they will all work together as a team to help the competition get back on the track. 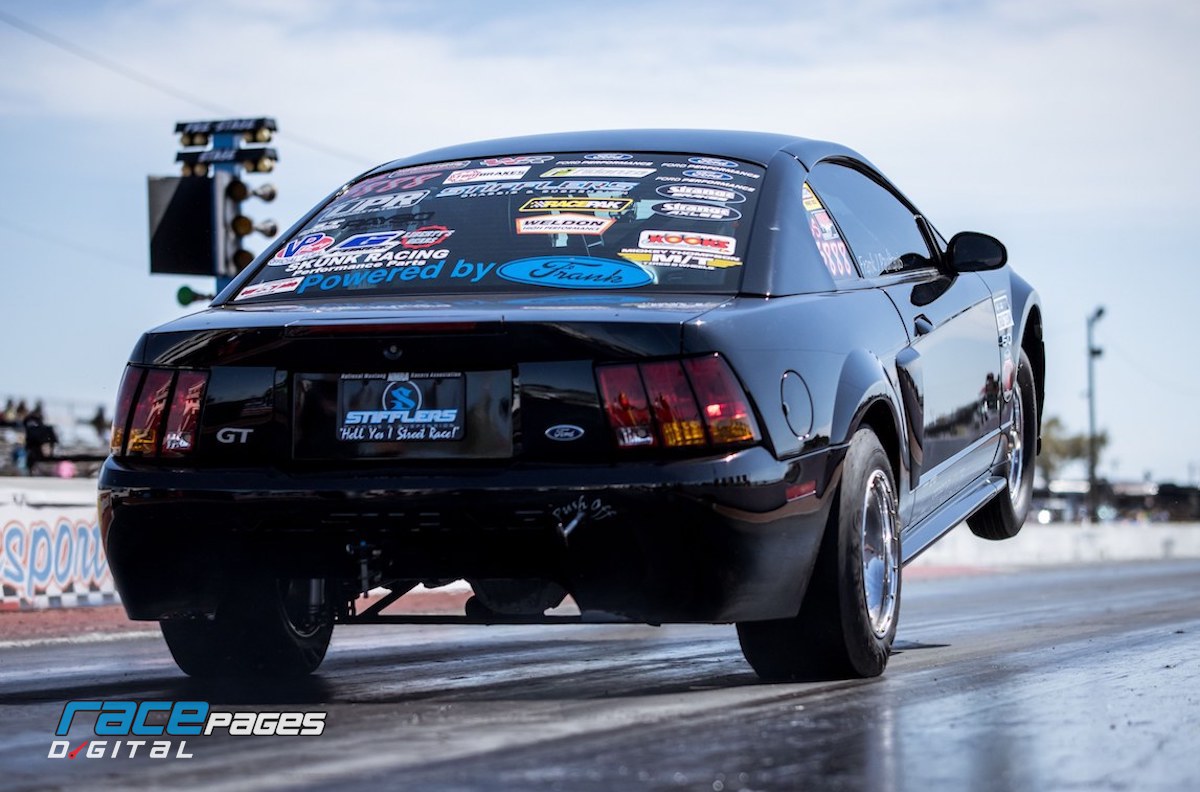