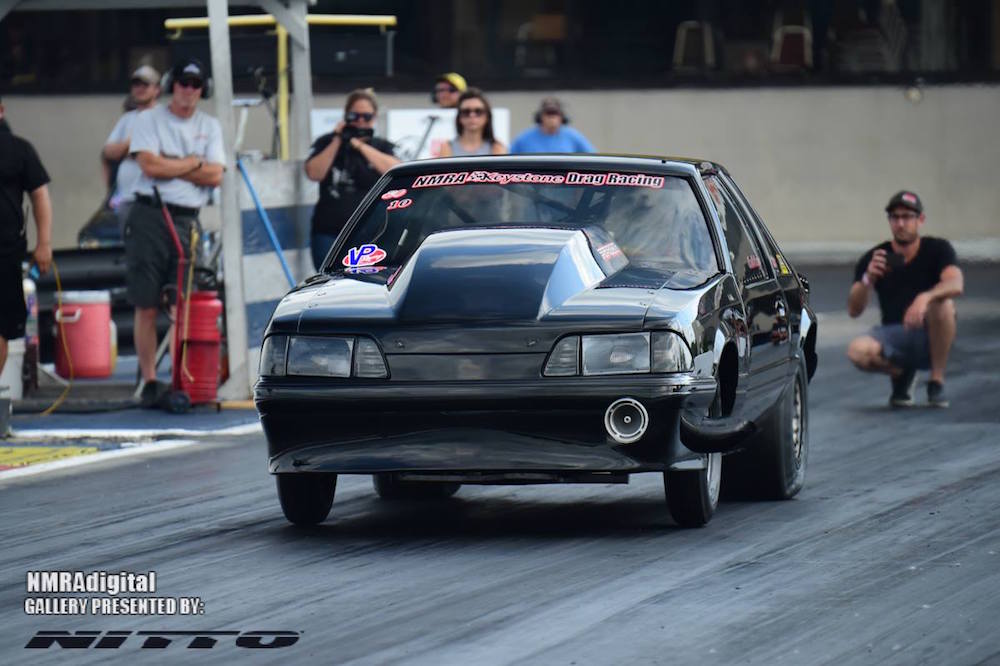 While rain forced the postponement of the 17th Annual WyoTech NMRA Ford Motorsport Nationals last month at Maple Grove Raceway in Pennsylvania, eliminations from that well-attended event were completed during qualifying at the 14th NMRA Ford Super Nationals, June 8-11 at National Trail Raceway in Ohio. In the series quickest and fastest category, VP Racing Fuels Street Outlaw, multi-time champion Manny Buginga led qualifying after motoring to a 4.51, but Charlie Cooper and Ronnie Reynolds were featured in the final. Cooper cruised to the win with a 4.56 over Reynolds 4.97 and bellied up to the Aerospace Components Winner's Circle in his black Mustang. 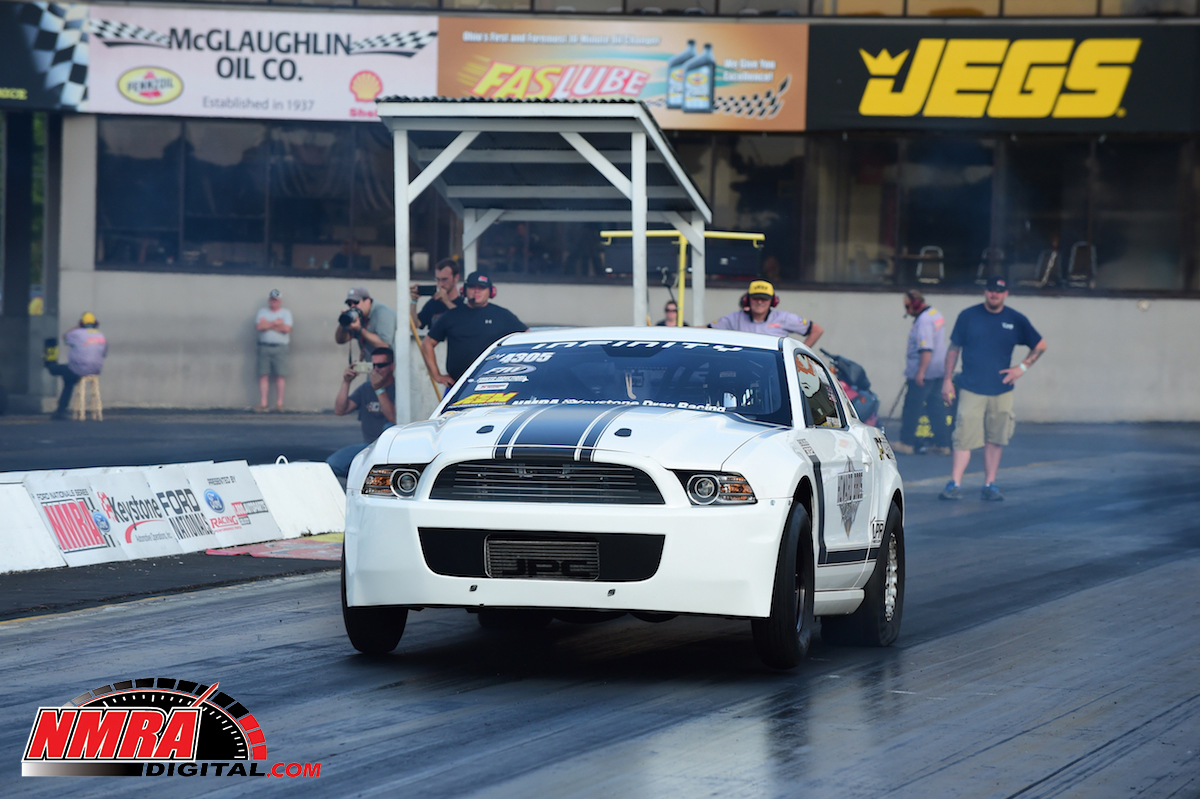 "It was a struggle, and the track was hard to navigate because of the extreme heat, but Jason Lee of PTP Racing gave us a tune that helped us get down track," said Cooper. "I had a lot of help from my crew, and from Strange Engineering, which turned my shocks around very quickly right before the race." The always-electrifying Edelbrock Renegade saw Frank Varela lead qualifying with a 7.54, but in the end, category stalwart Alton Clements unleashed a 7.51 to earn the win over Brian Mitchell, who drove to an 8.16 in friend and fellow racer Adam Arndt's Mustang. In qualifying, the ProCharger Coyote Modified spotlight was on John Kauderer and the 7.82 he laid down to set the pace, but the final round belonged to Jeff Polivka, who powered to the win with a 7.91, and Haley James-Schneider, who sailed to an 8.07 for the runner-up. "We went into eliminations knowing we'd have a tough battle on our side of the ladder," said Polivka. "We had some good fortune on our side, and with some killer tuning from Eric Holliday on a very tricky track, we were able to run our best pass of the weekend in the finals against our friend Haley." 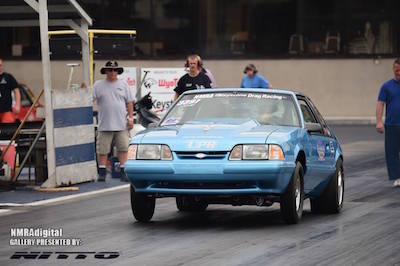 Ever-captivating G-Force Racing Coyote Stock saw Jacob Lamb lay down a 10.22 to lead qualifying, but Nate Stymiest and Darin Hendricks had staying power, and Stymiest went on to earn his first win in the category with a 10.32 while Hendricks held on for a 10.38. In Richmond Gear Factory Stock, where wheelies are king, Mike Bowen led qualifying with a 10.76, but Matt Amrine and Sondra Leslie faced off in the final, and Amrine got to the stripe first with a 10.65 to Leslie's 10.79. "That was my first win since 2015, so there had been a bit of a drought," said Amrine. "The car was good, but we were a little conservative with the launch because of the heat and the fact that the track was tricky because of the heat, but it worked out. The win feels good, and it gave me back a little confidence." Jason Henson saw the tree to the tune of .026 to lead qualifying in Exedy Racing Clutch Modular Muscle, and he remained a force through the final round, where he ran a 12.20 and defeated Bobby Barrick, who ran 11.78. Longtime Detroit Locker Truck and Lighting driver James Steamer led qualifying with an .035 reaction time, but later on, Wade Trammel took the win with a 9.80 over Vinnie Telesco's 10.37. Over in Roush Performance Super Stang, Larry Firestone flew to the win over Marco Ponce, Jr., and in Race Pages Ford Muscle, John Butsko used a 12.51 to lead qualifying. When it was all said and done, however, Bryan Parker claimed the victory with a 12.08 while Steph Davies drove to a 10.67 and a runner-up. Aerospace Components Open Comp is always incredibly competitive, and this weekend was no exception. Steven Daniels saw his name at the top of list of qualified entrants after recording a .001 reaction time, but Mel White wound up with the win with a 10.80 while Jimmy Cantrell captured the runner-up with a 9.28. 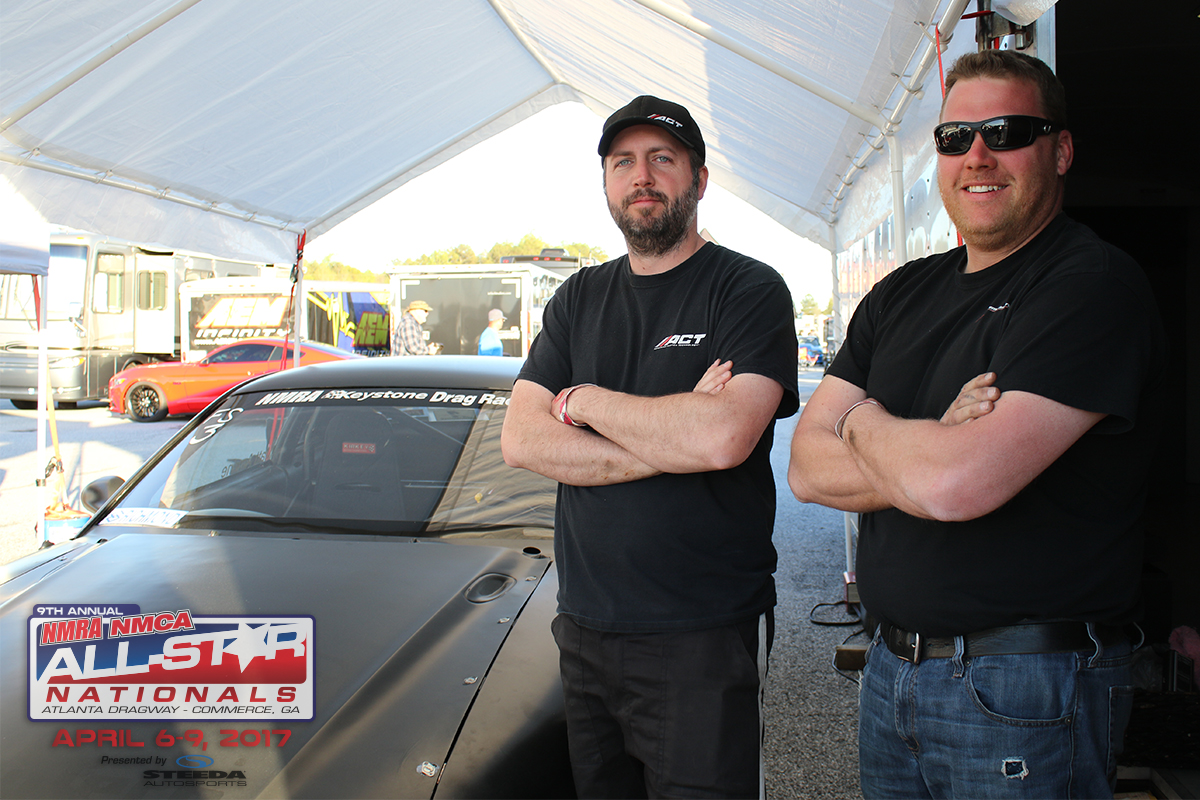 On tap next is the highly-anticipated 12th Annual Nitto NMRA/NMCA Super Bowl of Street Legal Drag Racing, where NMRA drivers will take on NMCA drivers, July 27-30, 2017 at Route 66 Raceway in Joliet, Illinois.