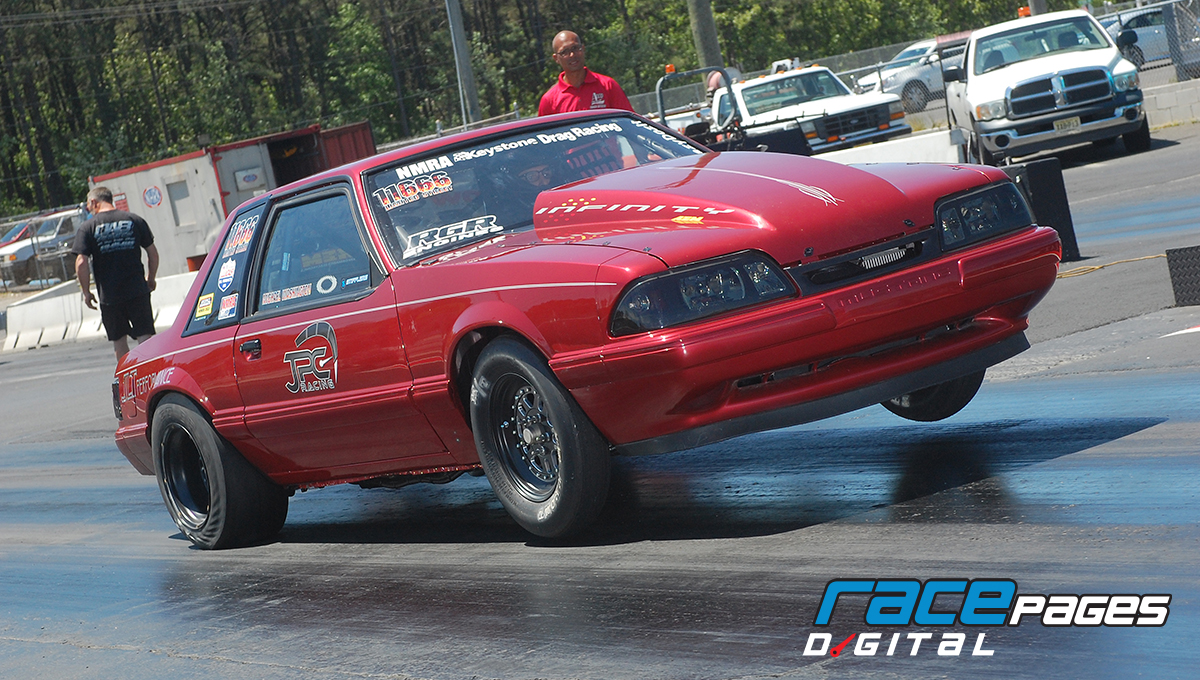 By Michael Galimi Photos by the Author and Dave Milcarek A few weeks ago we teased on social media'dyno testing of Project #PureEvil's new engine combination, dubbed PE-2. It sounded rowdy, angry, and it crushed last year's combination by a wide margin. The new Rich Groh Racing masterpiece has more of everything and produced 744rwhp on JPC Racing s chassis dyno. For those keeping score that is 104rwhp greater than the engine we are now calling PE-1. Armed with solid results in-hand, the bench racing shifting to drag strip expectations and we would only have to wait two weeks for the weather and our schedule to cooperate. Mike Washington, the owner, driver, and curator of #PureEvil, made the trek to Atco Raceway for an open track rental under good weather conditions with a slight headwind, temps in the high 70s, 29.95 corrected barometer, and corrected altitude of 1,536 feet. The NMRA Advanced Fuel Dynamics Limited Street car in tow wasn't just making a significant amount more horsepower, but it is also sporting new Team Z Motorsports front and rear suspension, chassis updates by EB Custom Works, Strange Engineering 9-inch housing, and a Black Magic Clutches slipper clutch. In theory, each of those upgrades from last year's combination should net positive gains and getting on track proved it. Cutting right to it, Washington made three runs, walked away with a best of 8.858 at 152.50 mph on the second run down the track, and backed it up with an 8.934 at 152.71 mph on the third hit. The first run only produced a 9.169 at 151.85 mph due to the two-step not activating, throwing off the sixty-foot time. On the surface, #PureEvil has more to go as it carded just a 1.29 sixty-foot time on the Mickey Thompson 26x10.5-S slicks, a number that should be far deeper in the 1.20s. Pulling up the data logs from the AEM Infinity ECU and consulting with both Eric Holliday of JPC Racing and Cale Aronson of Black Magic Clutches, there is a lot of potential in the combination. Holliday determined the front shocks need to be replaced along with changes to the extension on the rear shocks. He is also adding more ignition timing for the next outing, which was intentionally kept low for #PureEvil's first runs with PE-2.

Thankfully we have an inspection window in the Quick Time SFI bell housing because Aronson wants more changes to the counter weights. The concept of a slipper clutch is to allow it to slip off the starting line and as rpm increases, so does pressure on the clutch disc due to centrifugal forces as it locks up. According to the data, the initial pressure applied the clutch was too much at the launch and caused tire spin at the shift. The maiden voyage shows promise for the new combination, which is slated for action in NMRA Advance Fuel Dynamics Limited Street. The current national record is 8.736, which was accomplished by Michael Ciborowski in his supercharged S197 Mustang. The record might be just over a tenth away, but that is a significant margin when racing a naturally aspirated combination. There is a lot more work ahead to get #PureEvil quicker and attempt to compete with the likes of Ciborowski, Sondra Leslie, and Michael Lewandowski. Washington's confidence is increasing as he evaluates the data and plans his next round of clutch, engine, and drivetrain changes. We will reveal the details over the next few weeks as to how we cranked out 744rwhp from our new Coyote engine. The new setup displaces 339ci, features a significant amount more compression ratio (17:1), ported GT350 cylinder heads with larger valves, larger cams, and a lot of other little tricks. Our goal is also to shed light on more details about running the car like setting up the factory suspension system and using data for clutch changes. The car is a rolling test bed and we intend share what we've learned. 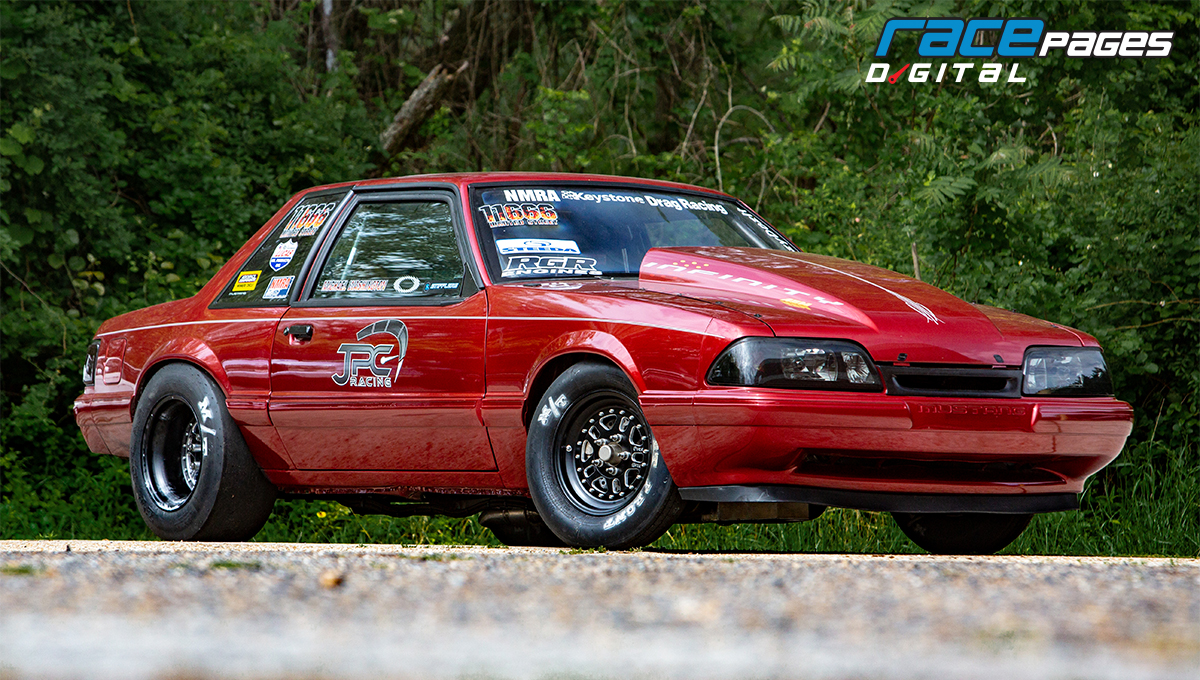