By Mary Lendzion Nathan Stymiest is a commanding racer with a commanding race car. He rides wheelies and rows the gears of the G-Force transmission in his Mustang, and he wins while he’s at it. Because the Pennsylvanian came so close to earning a championship in NMRA G-Force Racing Transmissions Coyote Stock in 2020, he was more motivated than ever to earn a championship in 2021. Stymiest was off to a solid start as he set the pace in qualifying with a 9.71 and went to the NMRA Winner’s Circle with a 9.70 at the BMR Suspension NMRA Spring Break Shootout in March at Bradenton Motorsports Park in Florida. Staying the course, he qualified in the second spot with a 9.82 and finished as the runner-up with a 9.98 at the Scoggin Dickey Parts Center NMRA/NMCA All-Star Nationals presented by MAHLE Motorsport in April at Atlanta Dragway, and then set the pace in qualifying again, this time with a 9.74, and exited eliminations in the second round with a 9.93 at the NMRA/NMCA Super Bowl of Street Legal Drag Racing presented by HPJ Performance in May at World Wide Technology Raceway in Illinois. Also at that event, he set a G-Force Racing Transmissions Coyote Stock elapsed time record with a 9.64, and that record still stands. 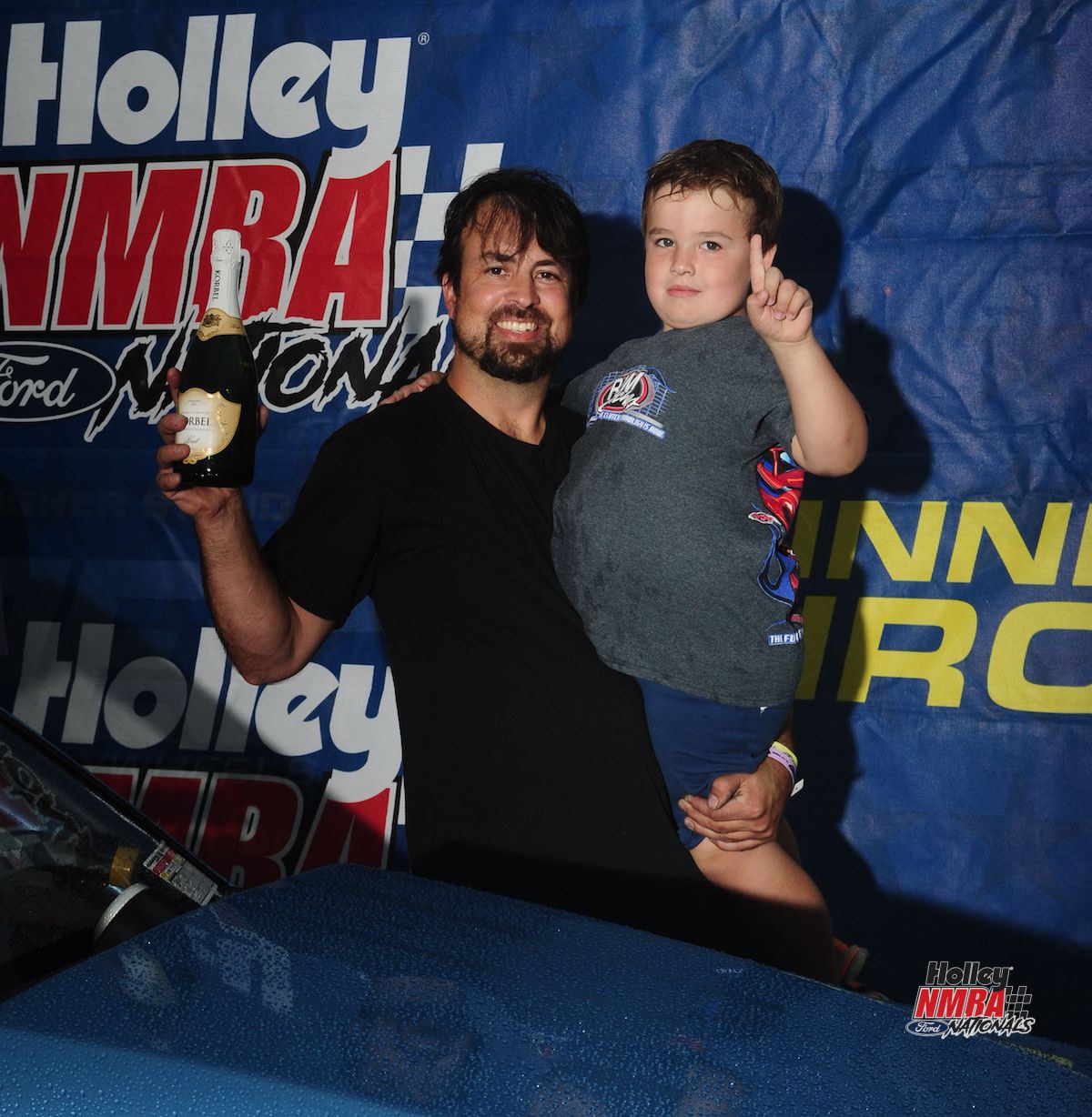 Stymiest, whose brother, Shane, is as talented as he is in G-Force Racing Transmissions Coyote Stock, went on to lead qualifying with a 9.90 and wheeled to the semifinal round of eliminations before exiting with a 9.96 at the NMRA Ford Performance Nationals in June at Summit Motorsports Park in Ohio, and he followed that with a 9.91 to qualify in the second spot and lost in the semifinal round of eliminations with a 9.92 at the Inaugural Arrington Performance NMRA/NMCA Power Festival presented by Force Engineering in July at U.S. 131 Motorsports Park in Michigan. “I was having issues with my car slowing down at that point, and my brother, Shane, put it on his Mustang chassis dyno and it was down 30 horsepower, and that was just three weeks before the final NMRA event of the year, so it was really important to get it figured out,” said Stymiest. “I was traveling for my job at the time, and my brother was working hard to help me track it down, along with Vinny Dastra, Chris Sease, Kenny Sampson and Scott Milhimes, and it ended up being the third member, and I threw my spare third member in, headed to Alan Von Ahnen’s shop and he got me set up. As we were trying things, Dave Born at Ford Racing was telling me that we were looking at the right things, so that was reassuring.” 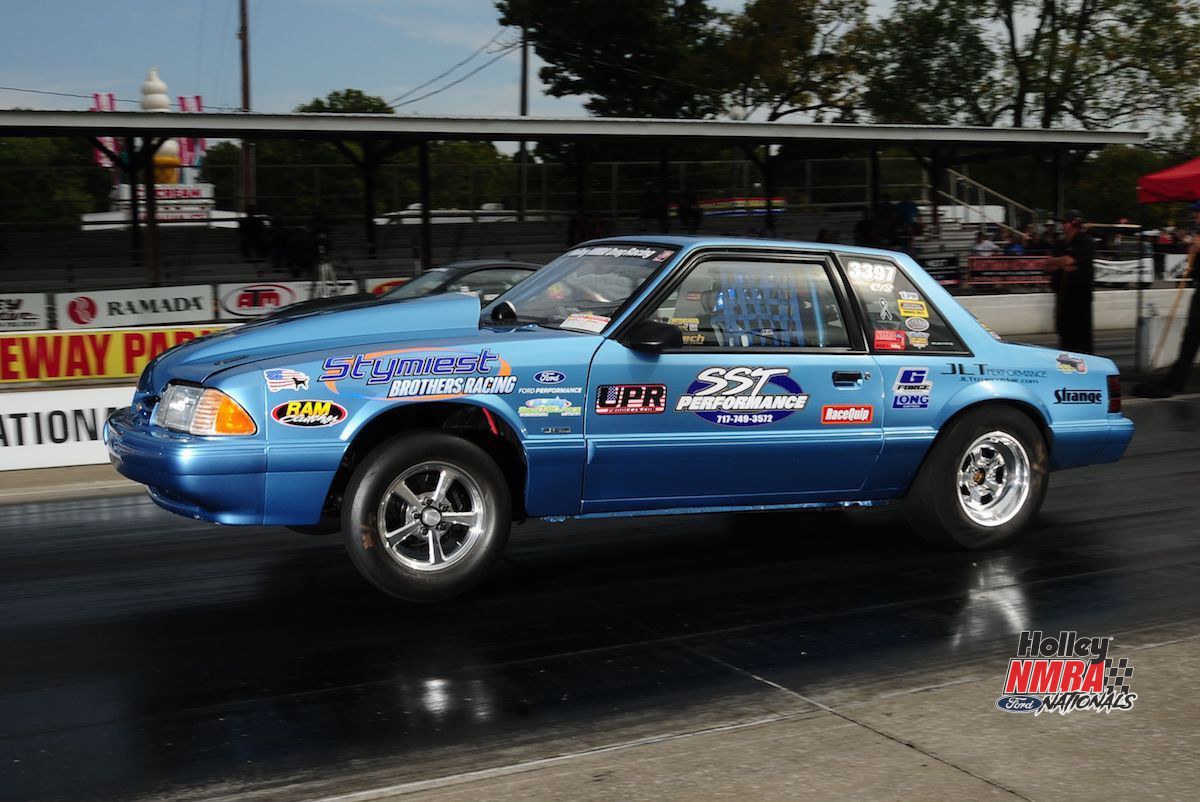 With that, Stymiest was ready for more wheelies and wicked passes at the Whipple Superchargers NMRA All-Ford World Finals presented by Competition Clutch and Holley Intergalactic Ford Festival in September at Beech Bend Raceway Park in Kentucky. There, he qualified in the fifth spot with a 9.80, lost in the third round of eliminations with a 9.91 and most importantly, and impressively, landed the 2021 NMRA G-Force Racing Transmissions Coyote Stock championship. “I wanted to race the best of the best to earn this championship, and I feel that I did race the best of the best,” said Stymiest, who also competes in the NA Factory Racing series. “Coyote Stock is tough, and I’m very glad that after coming close in 2020, I was able to earn the championship in 2021.” Stymiest will be hailed at the NMRA Ford Nationals Champions Ceremony, which will be held during the PRI Show on Dec. 10 at the Indiana Convention Center in Indianapolis, and in the upcoming Champions Issue of Fastest Street Car Magazine. “I'd like to thank my little boy, Lucas, who is only six years old but helps me, and Brad Sato, who provides my brother, Shane, and me with the rear ends and transmission fluid for our cars,  as well as Jason Creamer, Gregg Creamer and family, Kermit Buffington and his son Andrew Buffiington, Jimmy Vogel and family, who have been a huge part of my success the last two years. I'd also like to thank Ford Performance, G-Force Racing Transmissions, UPR, Ram Clutches, Brisk, Strange, SST Performance, Optic Armor and JLT." 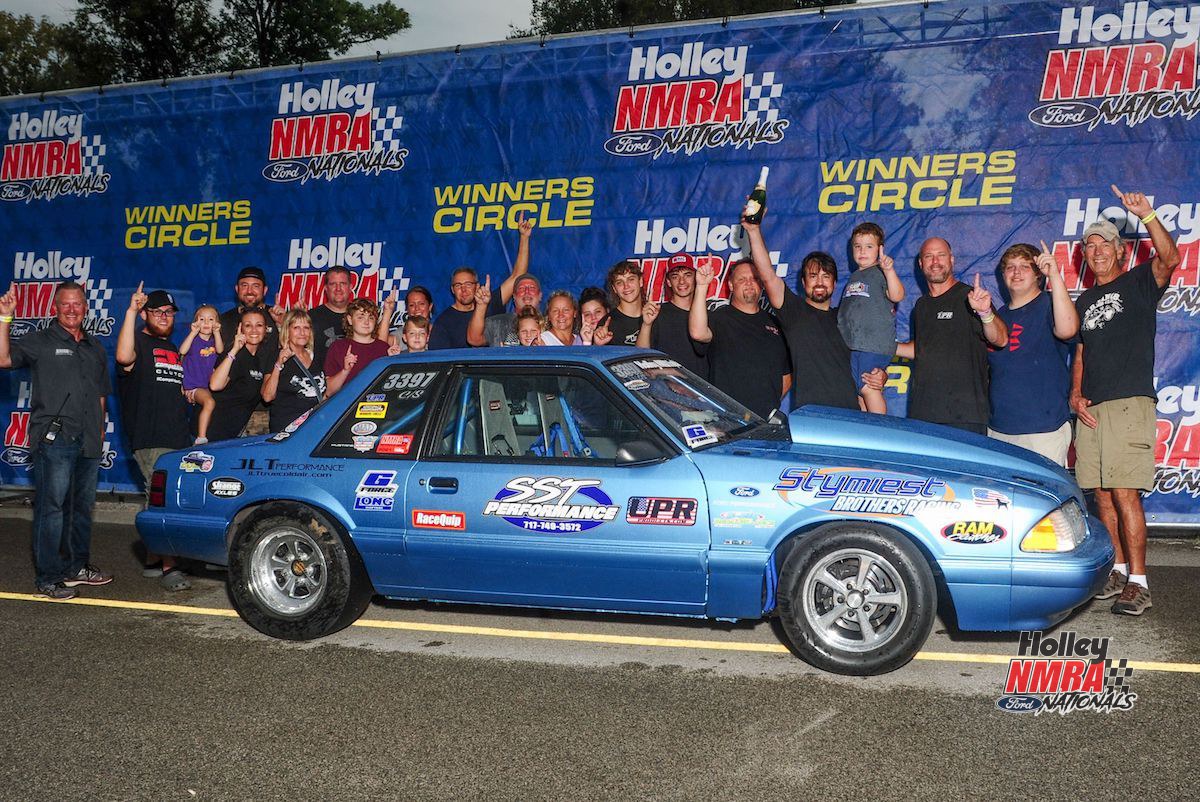