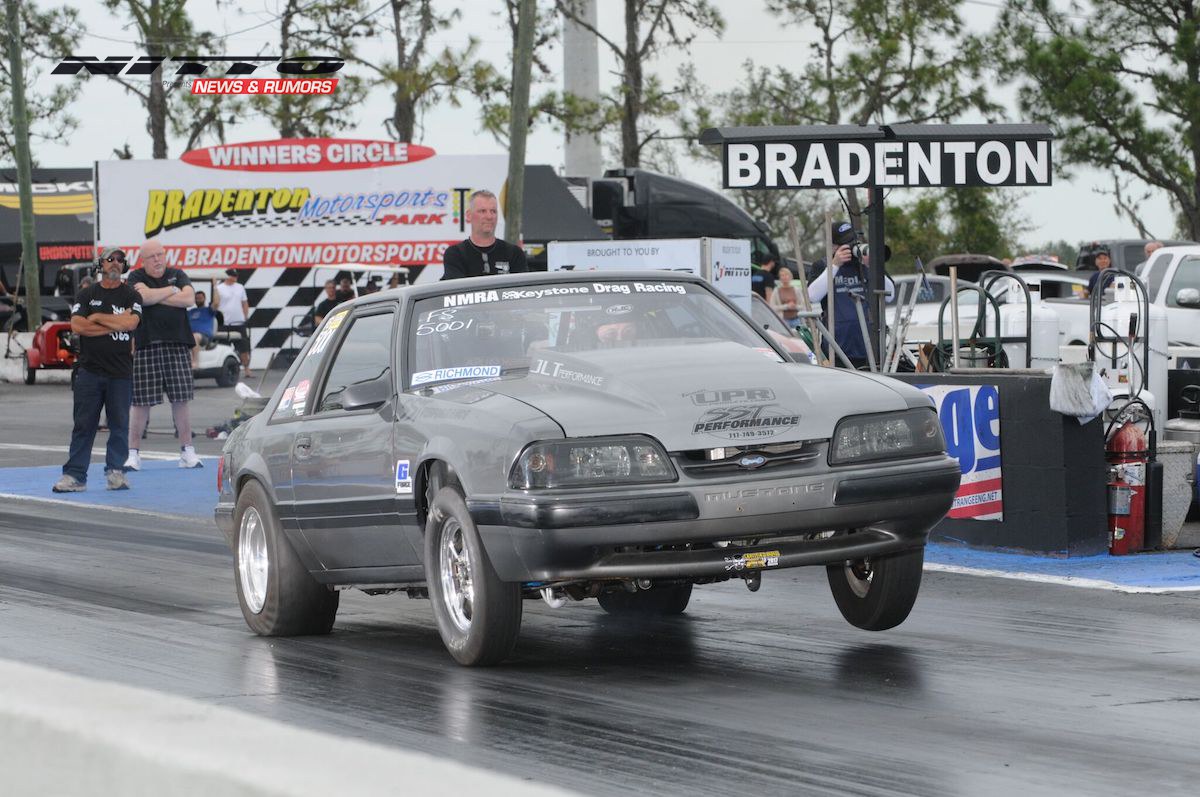 Having come close to earning a championship in NMRA Richmond Gear Factory Stock in 2016 and 2017, Dan Ryntz was looking to lock it up in 2018. He began by driving his Mustang to a 10.45 to win over John Leslie Jr. in the final round at the season-opener, the 24th Annual Nitto Tire NMRA Spring Break Shootout presented by Steeda Autosports in March at Bradenton Motorsports Park, and he followed that with a 10.43 to runner-up against Bart Welte at the 10th Annual NMCA/NMRA All-Star Nationals in April at Atlanta Dragway. He set the pace for the wheelie-popping class with a 10.26 at the 18th Annual NMRA Ford Motorsport Nationals in May at Maple Grove Raceway in Pennsylvania, and won the rain-delayed final round with a 10.51 over Louis Sylvester. He set the pace again, in much warmer conditions, with a 10.49 at the 15th Annual NMRA Ford Supernationals in June at National Trail Raceway in Ohio, where he won with a 10.58 over Welte. 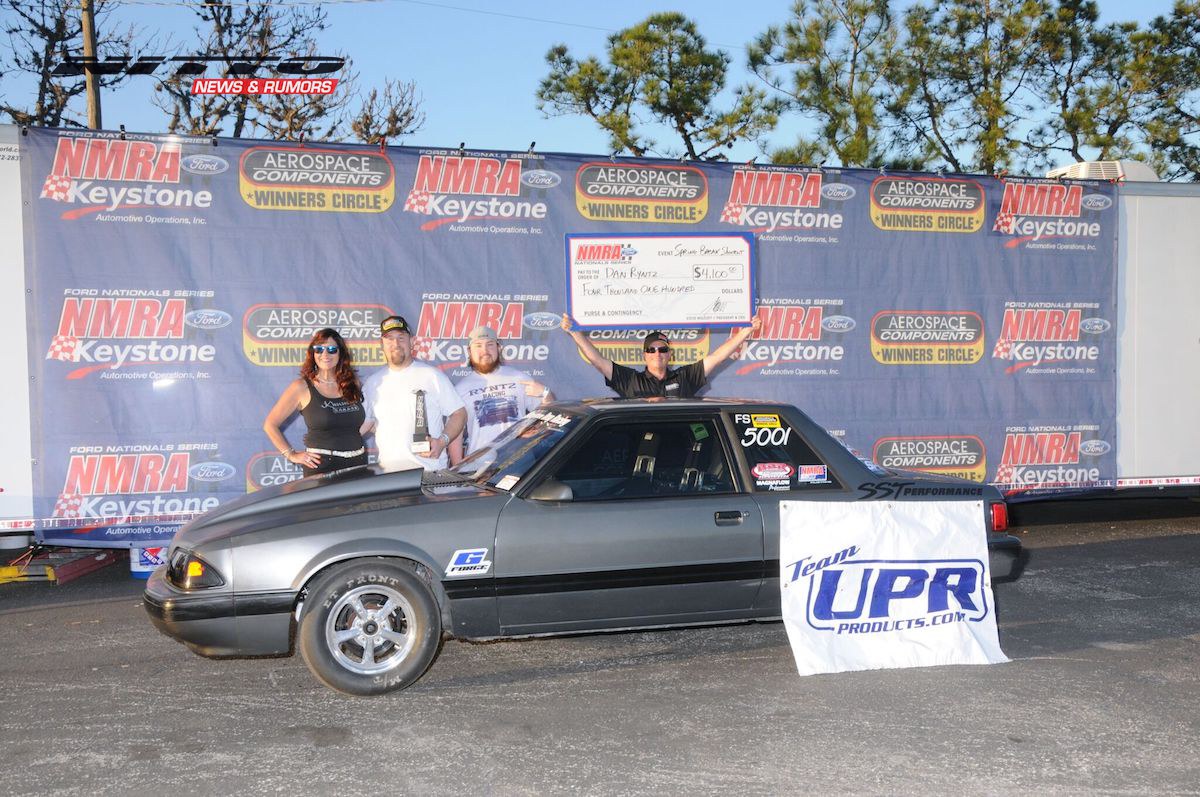 The Pennsylvania-based driver picked up to a 10.34 to lead qualifying yet again at the 13th Annual Nitto NMRA/NMCA Super Bowl of Street Legal Drag Racing presented by Fuel Systems Technology in July at Route 66 Raceway in Illinois, and despite slowing to a 10.42 later in the weekend in the final round, he pulled off the win over Welte. Ready to rumble, he ripped off a 10.35 to runner-up against Welte at the final event of the season, the 20th Annual Nitto Tire NMRA All-Ford World Finals in September at Beech Bend Raceway in Kentucky, where he locked up the 2018 NMRA Richmond Gear Factory Stock championship. Icing on the cake is the 10.262 elapsed-time record he currently holds in the category in his Mustang powered by a Coyote engine and G-Force G-101 transmission. For the most part, it went fairly well, though we were fighting some shock issues at the beginning of the season that we weren't able to resolve, and we went back to the settings we were using last year, said Ryntz who's supported in his racing by his wife, Laura, and children, Joshua and Jessica. After losing out on the championship last year, my motto this year was to leave no doubt, and I believe I did that. Ryntz and his fellow champions will be celebrated at the NMRA presented by Keystone Awards Ceremony presented by Aerospace Components, Dec. 7 at the Indiana Convention Center. (Please watch for stories on all champions to be posted on the website and in Fastest Street Car in the days to come.) 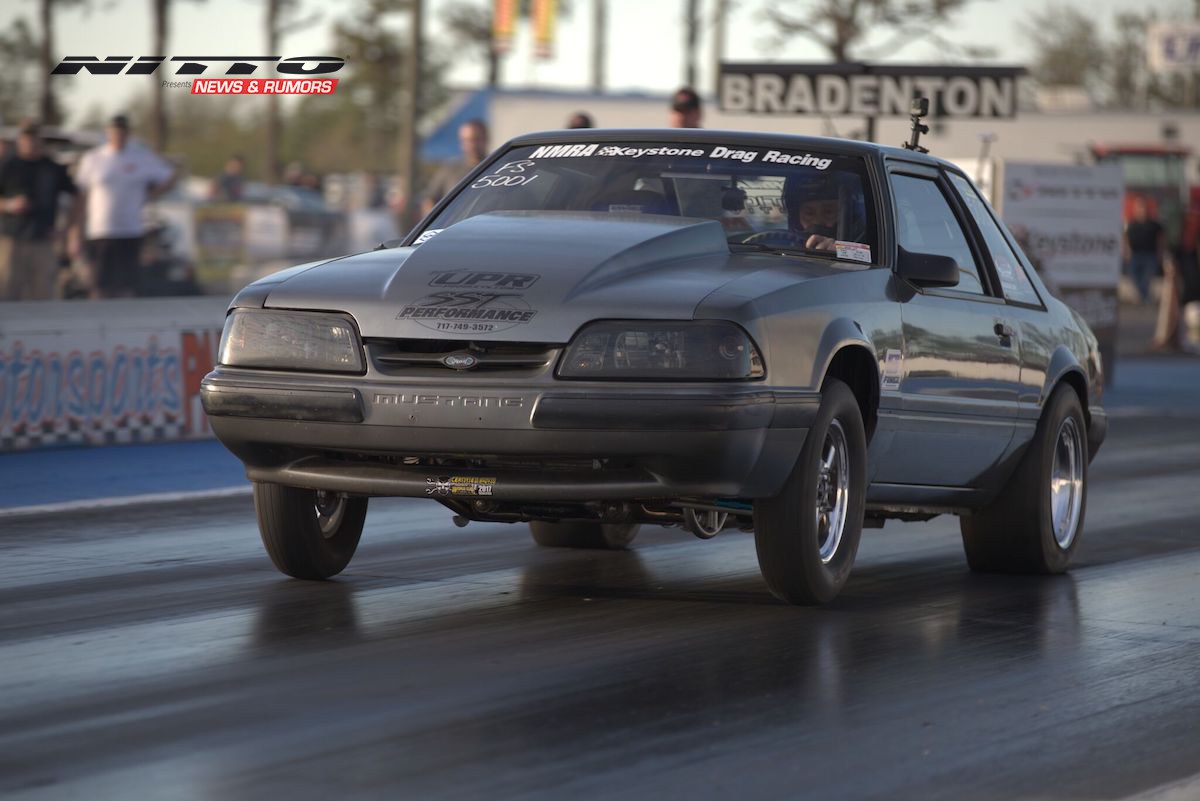