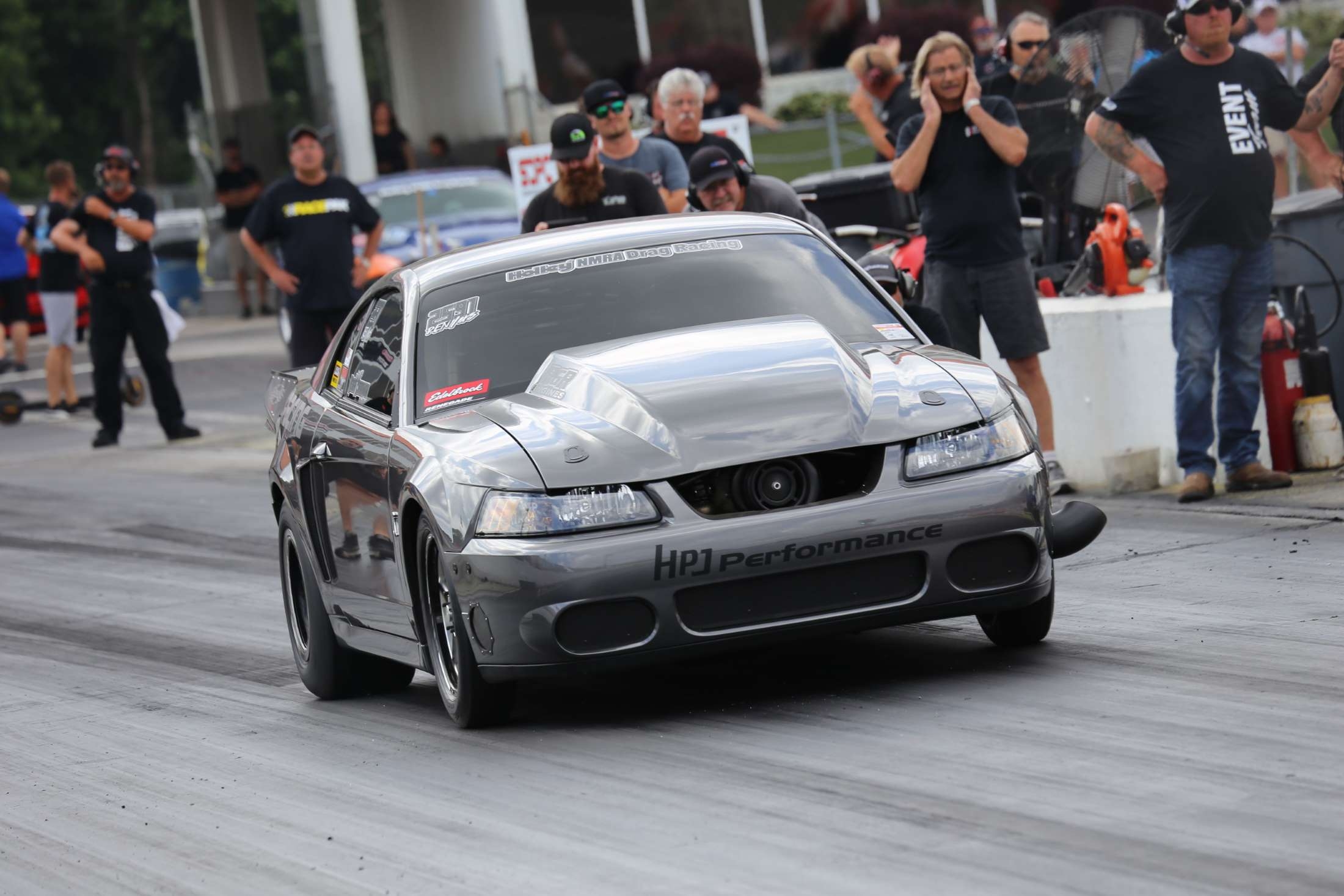 Roby, who has been extremely competitive in Limited Street with his ProCharged and Rich Groh Racing-powered 2014 Ford Mustang, had been hunting for a Renegade ride for a while. When Ciborowski mentioned that he and his father, Mike, wanted to downsize their own operation to focus on only one car, Roby knew it was the perfect opportunity to purchase their semi-retired racecar instead of letting it continue to collect dust.

The Ciborowski family had campaigned the car, which they purchased stock in 2013, and transformed it over the years from street car to racecar; they successfully campaigned it in NMRA Renegade through the 2019 and 2020 seasons.

Purchased as a rolling chassis in June of 2021, Roby prepped his new piece before taking it to HPJ Performance near St. Louis, Missouri. “They’re redoing the turbo kit and changing the location to go to a lower driver-side mount,” noted Roby, who will also be adding a one-piece, lift-off nose along with fiberglass doors from Motor City Solutions. He had intended to run a 76mm Harts turbocharger but, with current rule changes, knows his plans may have to include a subtle shift to stay legal.

The spooling snail will feed boost into a 358 ci engine from Rich Groh Racing. “We’re using a Ford GT block and heads with a dry sump. It’s actually Tony Hobson’s old engine from when he ran in Renegade,” said Roby. RGR had a nearly-identical stroked 5.4-liter engine already in the works for Roby, but Covid-related parts delays prompted the racer to purchase Hobson’s jettisoned powerplant in the interim.

Backing the engine is a Reid-cased three-speed Turbo 400 from RPM Transmission along with a billet, bolt-together torque converter from Coan. The entire powertrain is managed by a Holley Dominator EFI system which Ciborowski will be tuning after he reworks the wiring to accommodate some new sensor placement.

“The suspension is all the same as when Keith had the car. It’s got a Merillat fab 9” rear end and lower torque boxes, Menscer rear shocks with Viking Struts,” Roby details of the car, which has also been updated to a 25.3 SFI-certified chassis by Jim Hallowell of Hallowell Custom Fabrication.

Once HPJ finishes their fabrication work, Roby will send the Cobra to the paint shop to have the original Dark Shadow Grey paint color-matched for the new nose, doors, and hood while the engine compartment will also be retouched.

Roby anticipates that the Cobra will be ready for testing by the fall, and he intends to run it in both NMRA VP Racing Madditives Renegade and Ultra Street. “When the gray car is done, we’ll be looking for a driver to run our red car,” he mentioned of his plans to campaign both cars in the future. Enterprising applicants can show their commitment by taking the initiative to contact him directly. “We’re not giving up on Limited Street; I really like the challenge and see no reason to quit that class.”