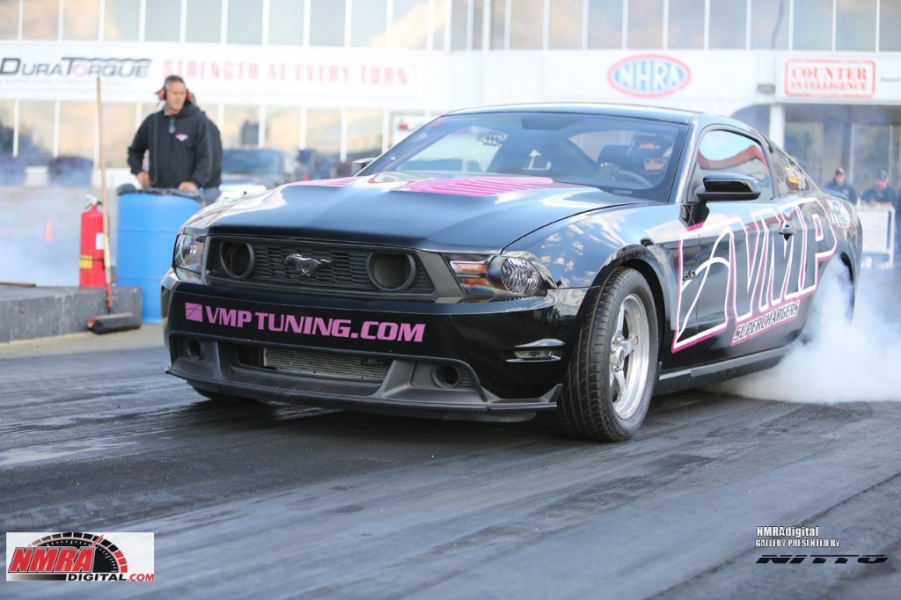 While the 2016 race season was rockier than Rebecca Starkey had hoped it would be, she cruised to a top ten finish in NMRA ProCharger Coyote Modified points and came out of the gate swinging in 2017. In her 2011 Mustang GT powered by an Aluminator Coyote engine and VMP Gen II supercharger, she laid down an incredible 8.58 at 157 mph during a test session on Jan. 8, 2017 at Orlando Speed World. That timeslip also reflected a .005 reaction time and 1.19 60-foot from the car rolling on Mickey Thompson ET Street Radial Pro 275s. While her engine and power-adder are the same she had in place through 2016, a Proformance Racing Transmissions-built Turbo 400 and ProTorque converter spin where a 6R80 transmission once did, and Starkey had been dialing it in. Additionally, in an attempt to keep the front end of her car down while launching, she had been making suspension adjustments with guidance from Todd Braasch from TRZ Motorsports and Mark Menscer from Menscer Motorsports, and had moved from single adjustable shocks to double adjustable shocks massaged by Menscer Motorsports. I knew I was only going to get one run that day, and I wanted it to be perfect, said Starkey, whose previous best was an 8.85. Right before I launched, I heard my husband, Justin (of VMP Tuning and Superchargers) tell Todd Braasch (of TRZ Motorsports), who was there to put me in the groove, that he'd like to see the car go 8.60, and all I could think of when I was about to launch was Don't screw this up. I'm happy to say that I didn't. 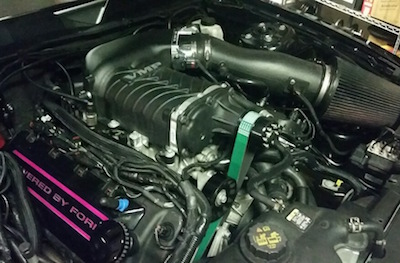 While Starkey is having a 2015 Mustang built for competition in another NMRA class, likely Edelbrock Renegade, she'll continue to focus for now on her 2011 Mustang GT. Achieving that 8.58 meant a lot to us, said Starkey.