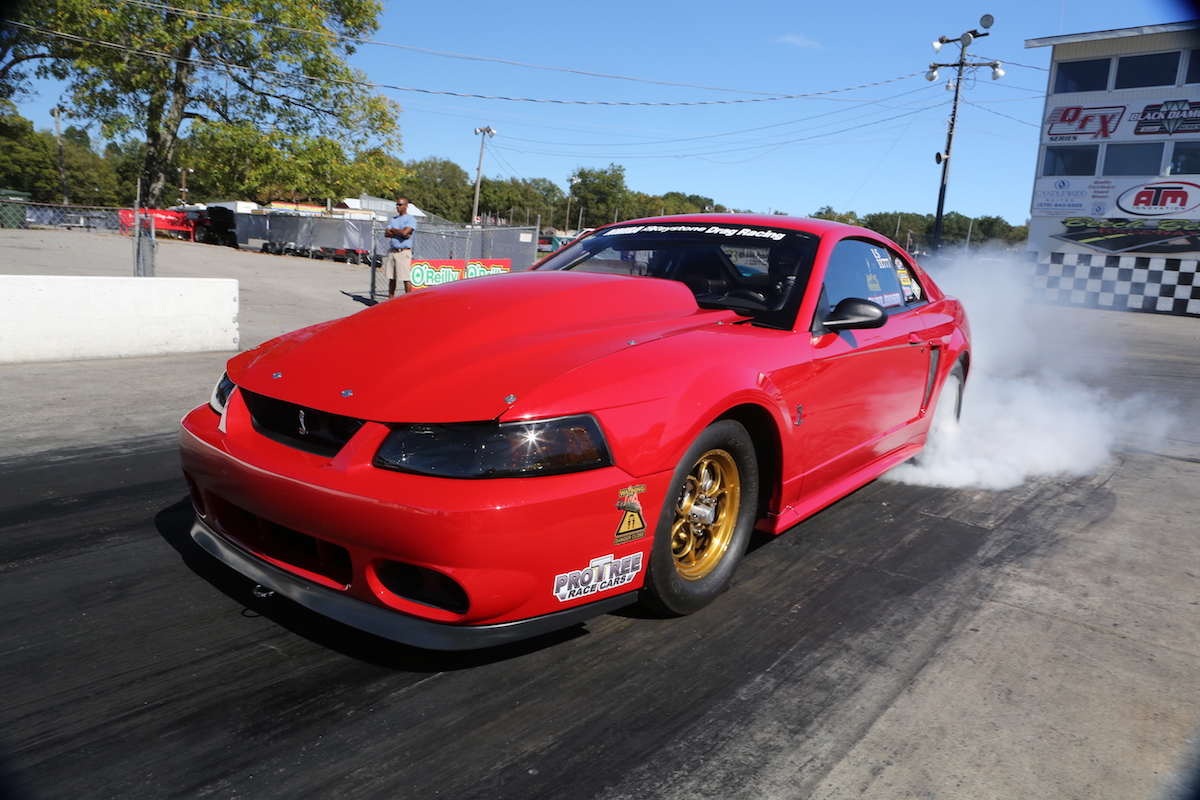 Steeda Autosports, established in 1988 by Dario Orlando, is one of the oldest and biggest names in the Ford aftermarket with a rich motorsports tradition. The company is coming back to drag racing in a big way, first by sponsoring Limited Street, a new-for-2018 heads-up class that represents where Mustang drag racing came from and where it is going. Steeda Autosports involvement with NMRA doesn't stop there, either, as Steeda has signed on as the presenting sponsor of the Nitto Tire Spring Break Shootout, the season kick-off event held at Bradenton Motorsports Park March 1-4, 2018. It is always a pleasure to work the NMRA and their team in supporting performance enthusiasts, our passions are reunited in 2018 to help celebrate Steeda's 30th and NMRA's 20th anniversaries, explained Orlando. Steeda has been drag racing and road racing for 30 years and to celebrate that fact, the latest heads-up category to hit the NMRA will be known as Steeda Limited Street. Orlando continued, Steeda designs and builds parts and vehicles that meet the demands of enthusiasts and the sport. With Limited Street, it is a class that people can relate to with suspension modifications that attach in the factory pick-up points and can bolt into an existing chassis. It is for a real grassroots style car, like what people built in the early years of NMRA. Limited Street is a championship category that targets the red-hot street performance segment. The vehicles represent extreme, street-type combinations with naturally aspirated, nitrous, supercharger, and turbocharger engine configurations in one class. It requires true bolt-on style suspension components, the kind 99-percent of street Mustangs employ and the type of affordable parts Steeda built its reputation on, leaving the pro-built cars for the other power adder eliminators in the six-race national series. The engine combinations span across every small-block and Modular platform, while a limited power-adder list is approved for use. We worked hard to design a class that was inclusive of all the popular engine combinations, but keeping it real instead of relying on pro-level racing components, explained Rollie Miller, NMRA General Manager. He went on to say that the competition vehicles will not be the normal 7-second type rides found in the other three classes above it, and Limited Street is open for any 1954 and newer Ford vehicle. Limited Street is a full-time category, meaning racers accumulate points all year long and a champion is crowned during the NMRA Awards Ceremony, held in conjunction with the PRI Show in Indianapolis. The Nitto Tire Spring Break Shootout, presented by Steeda, is a 24-year-old tradition in the Mustang community. Competitors and enthusiasts travel from all parts of the country and Canada to enjoy the Florida sunshine, while drag racing his/her Ford or Mustang. The long-standing season opener recently attracted close to 1,000 vehicles in the drag racing and car show segments, which included a record-breaking QA1 True Street field that was close to 150 cars. Steeda's Dario Orlando said in closing, This is our passion. Staying connected to motorsports helps us stay in the forefront and provide the best possible parts for the customer.
Limited Street
,
nmra
,
Steeda Autosports