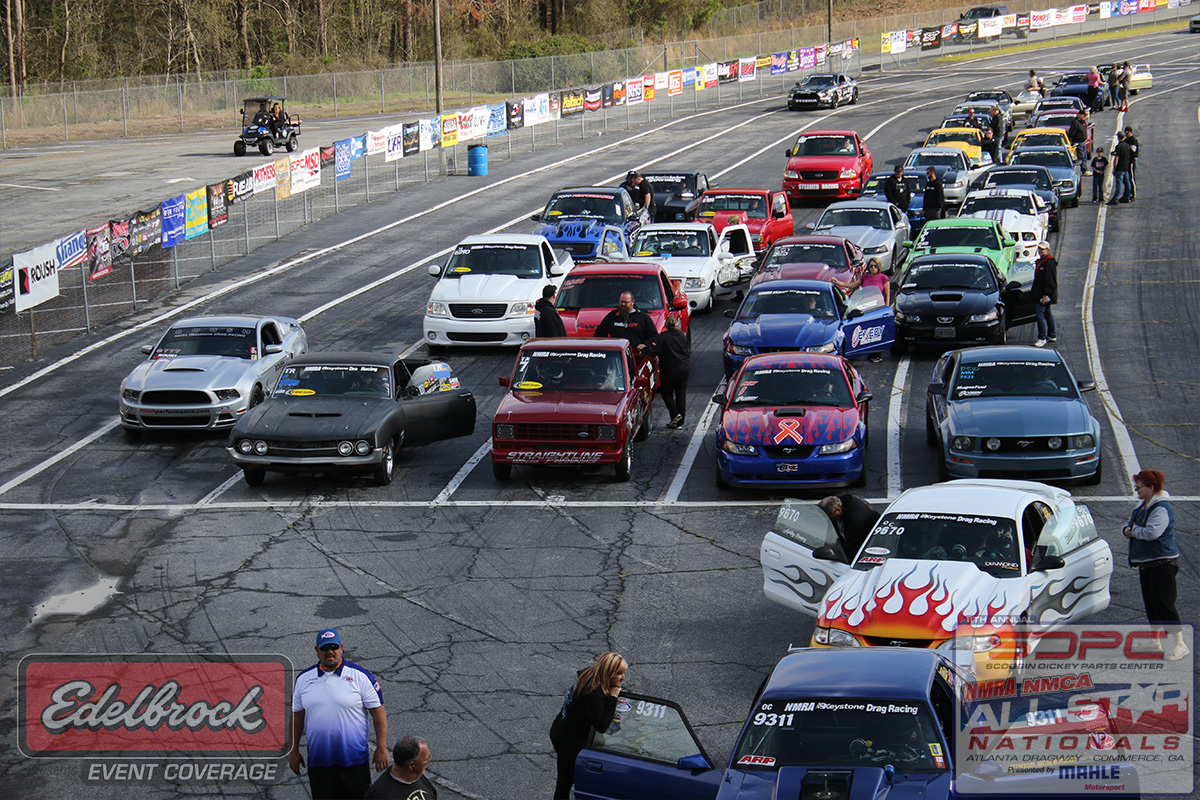 We're here for day three of the 11th Annual Scoggin-Dickey Parts Center NMRA/NMCA All-Star Nationals and in only a matter of hours we will have new winners to celebrate in the Aerospace Components Winner's Circle.

Running in the combination NMRA Edelbrock Renegade/NMCA Edelbrock Xtreme Street class this weekend, Floridian Mike Freeman and his ProCharged 88 Mustang are working out the kinks in a new combination. After busting his engine earlier this year at South Georgia Motorsports Park, Freeman commissioned a new 427 ci high-port headed version from Bennett Racing Engines. Power is transferred down to the ground via a Turbo 400 from RPM Transmissions with a ProTorque EV2 converter, and is managed by a FuelTech FT600 system. Previously, Freeman has run a personal best of 4.76 with a 1.12 60-foot and with only two passes on the fresh engine, was already going 4.857 at 146.45 mph.

The media center had a visit from the newest member of Dyno Joe and Becki Cram's crew, sweet little Georgia, a seven-month-old Boxer who is learning the ropes of how to be a track dog this weekend. 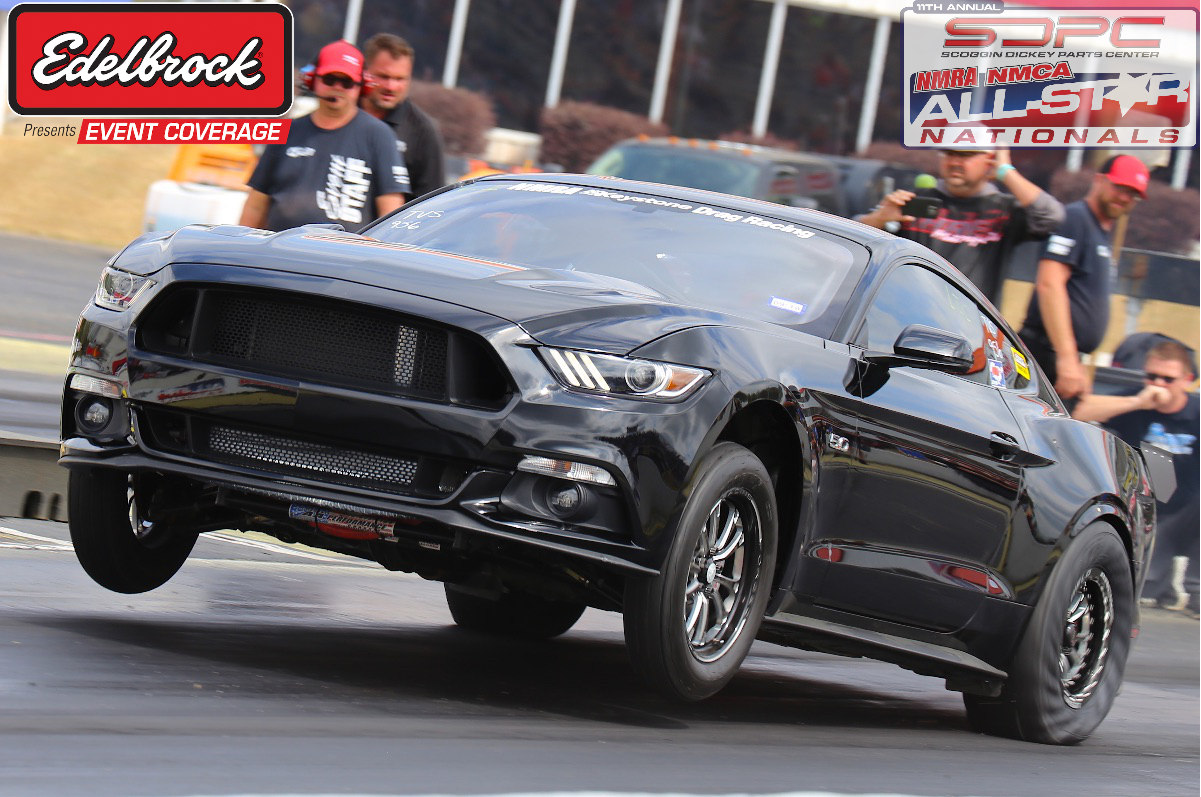 Oscar Morin threw down the gauntlet in the EATON TVS Supercharger Throwdown with an 8.68 at 156.81 mph rip in his VMP Gen3-blown 2016 Mustang GT. Today, the boosted battle will get real as the winner will take home $1,000, a TVS supercharger of choice from one of EATON's technical partners (Edelbrock, Harrop, Magnuson Superchargers, or ROUSH Performance), and a custom TVS-rotored award built by EATON. 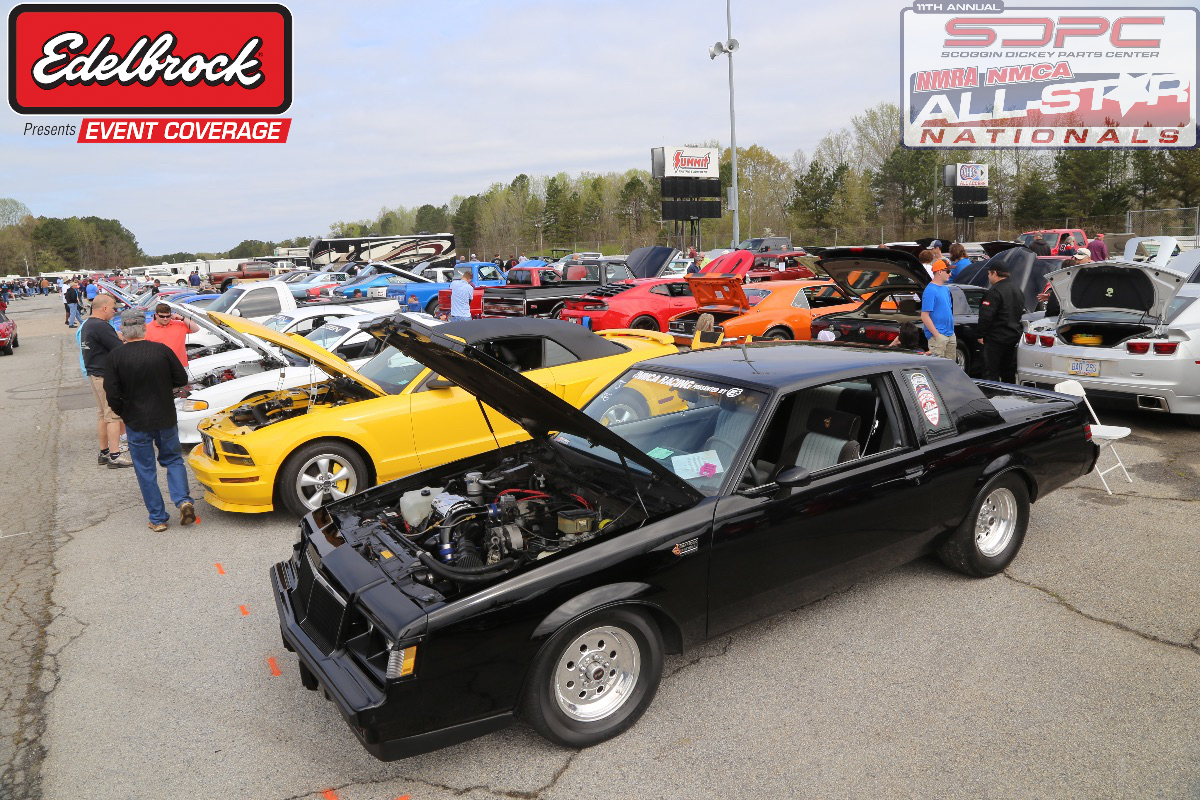 On Saturday the car show was packed with gorgeous machines from Camaros and Grand Nationals to Mustangs and Cobras there was something for every automotive fan to enjoy. 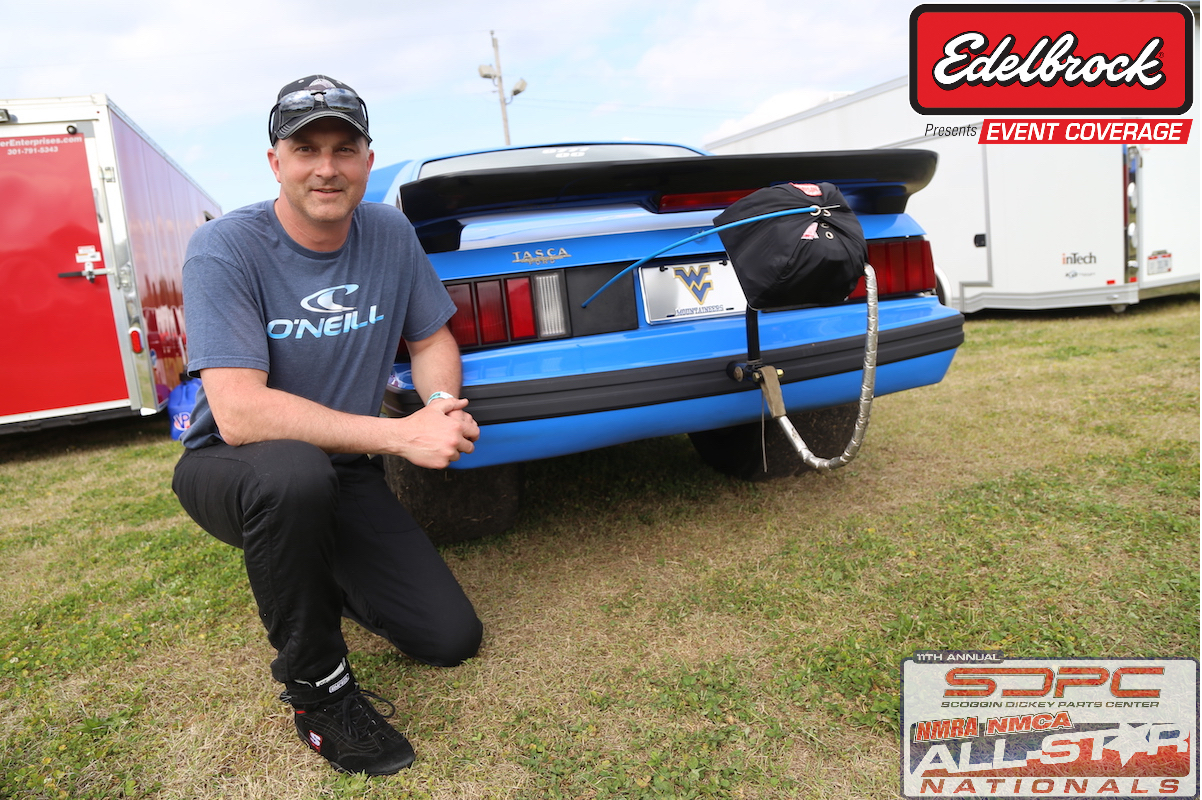 After taking break from racing, Chad Griffith is committed to having some quarter-mile fun this year. He learned his love of racing from his father, who bought his first race car from the Tasca family back in the day. Eventually, Griffith tracked down his dad's old car, which wasn't salvageable, but he snagged the Tasca badge from it and added it to his four-eye Fox. Its 528-cube big-block pounds out 800 horsepower and puts his pony into the low-9-second zone in NMRA ARP Open Comp, where he qualified in the 16th spot. 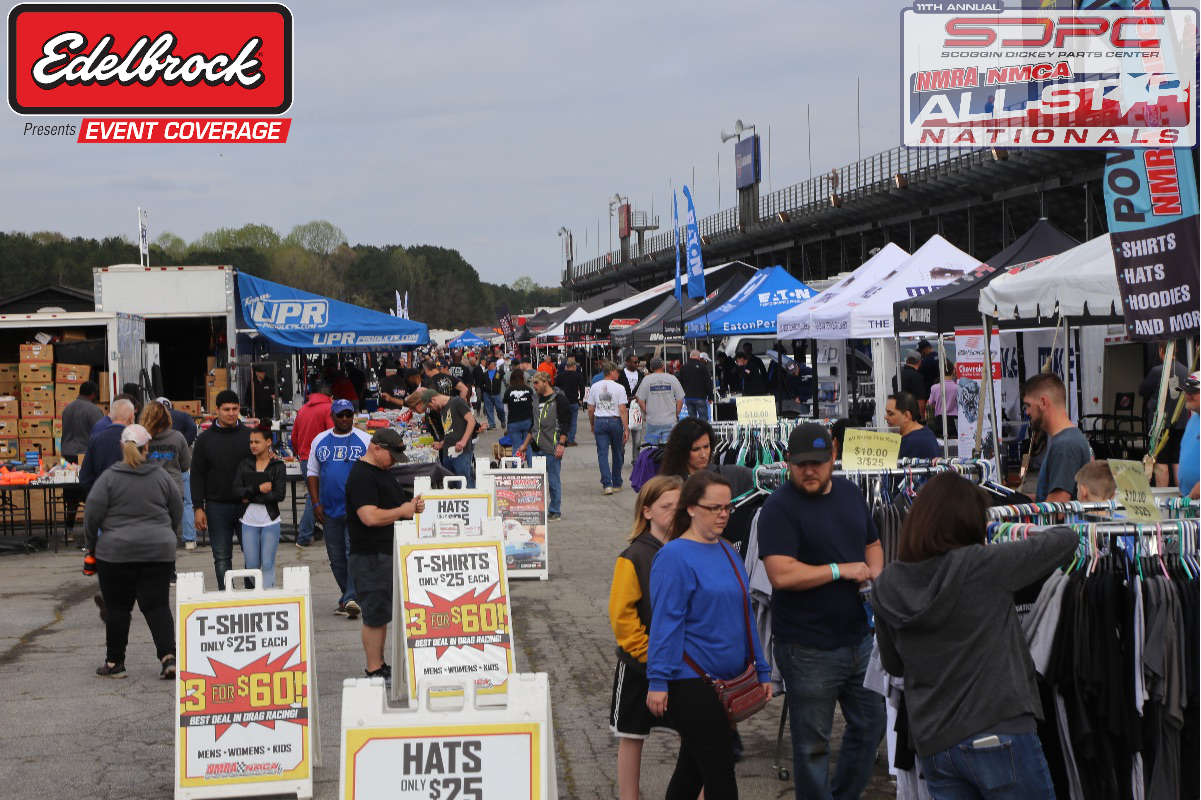 There is a thriving manufacturer's midway at Atlanta Dragway for the 11th Annual Scoggin-Dickey Parts Center NMRA/NMCA All-Star Nationals. All manner of companies are on hand showing off their wares and offering tech support. 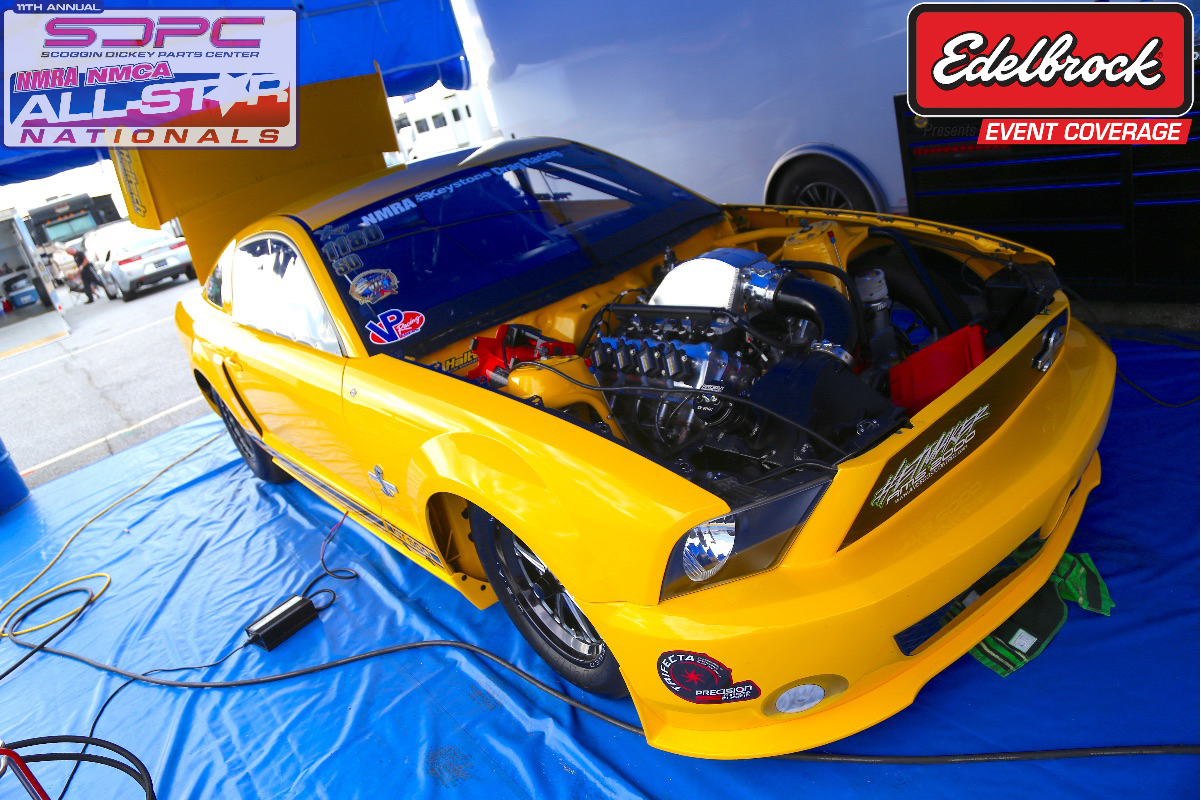 Riding the momentum from his win at the season opener, Vince Palazzolo isn't making any significant changes to his VP Racing Fuels/Mickey Thompson Street Outlaw machine. He earned the number-two qualified spot this weekend on the merit of a 4.39 at 162.02 mph, and he looks to make consistent runs in eliminations in hopes of making a return trip to the Aerospace Components Winner's Circle. 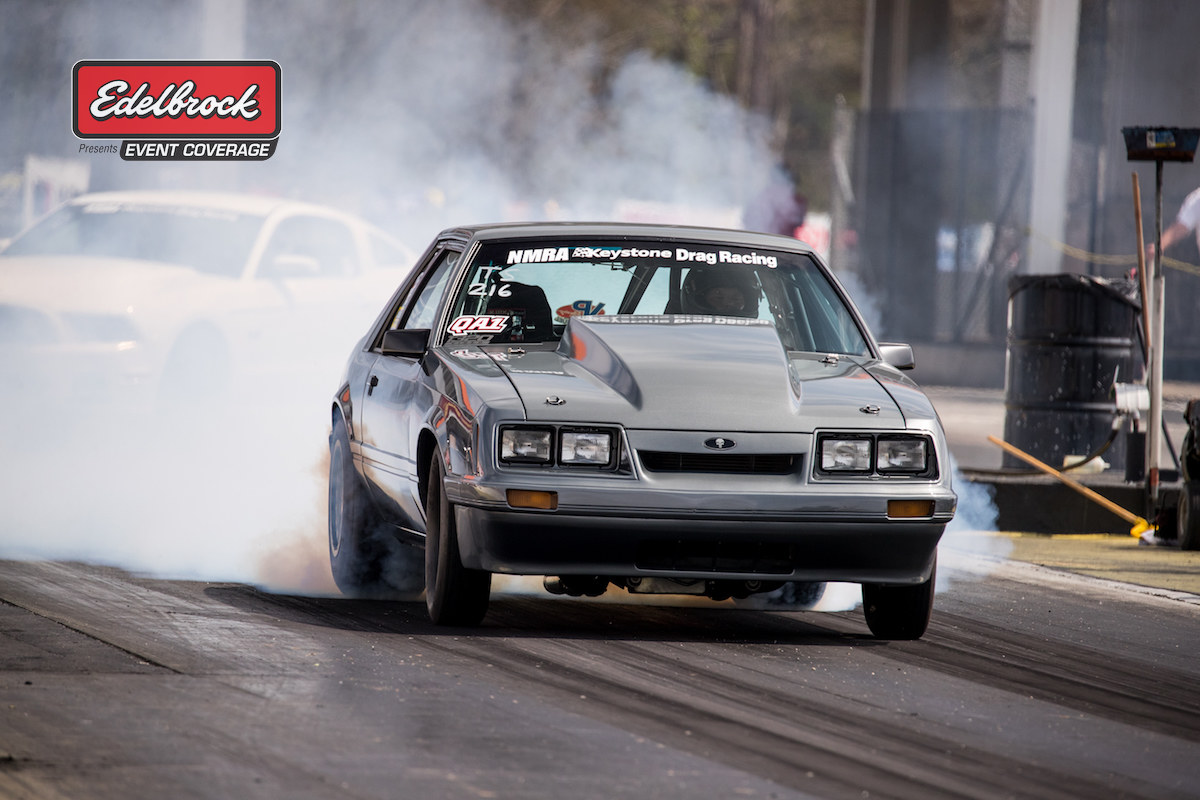 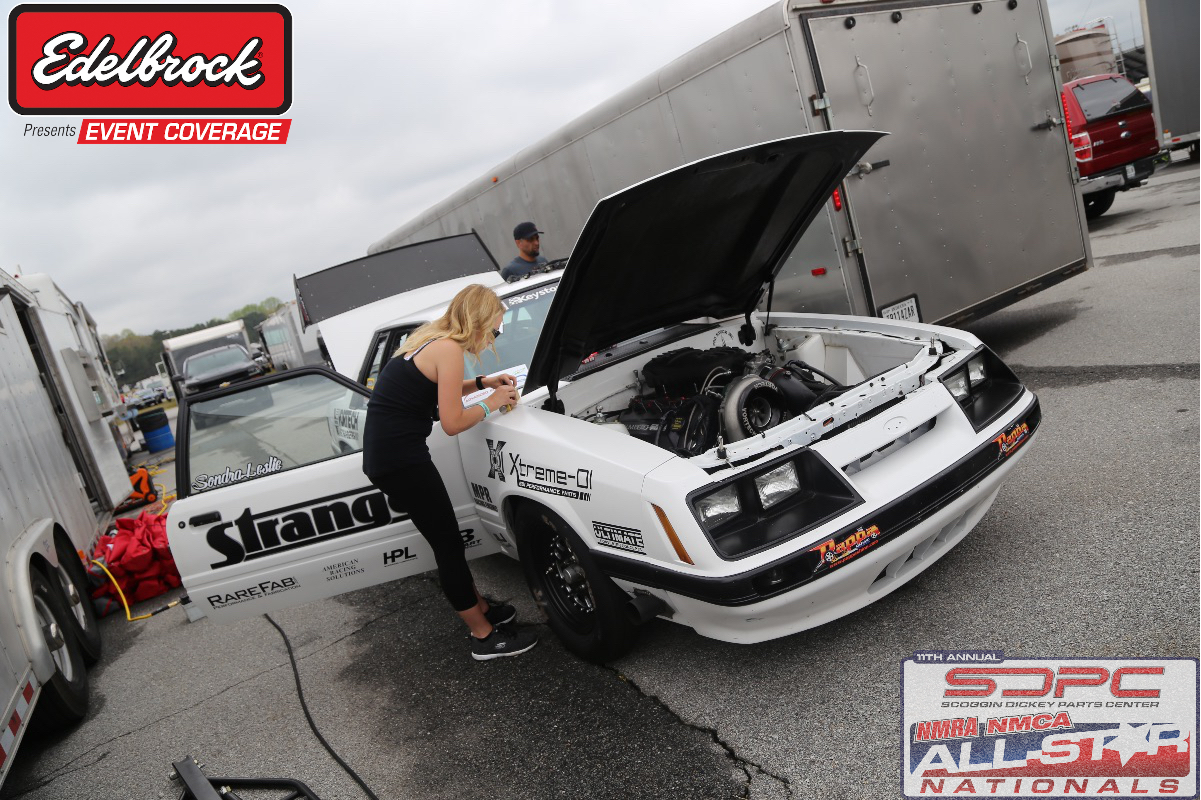 A long night of chasing gremlins ended in frustration for Advance Fuel Dynamics Limited Street racer Sondra Leslie. After swapping torque converters after round two of qualifying, an electrical issue crept up in round three of qualifying as the transbrake wouldn't hold. The team stayed up to 1 a.m. chasing the issue. With new parts and wiring in place, and a fresh set of spark plugs in the engine, she headed for eliminations. There the issues remained and she rolled through the beams on a bye run, which knocked her out of the race. 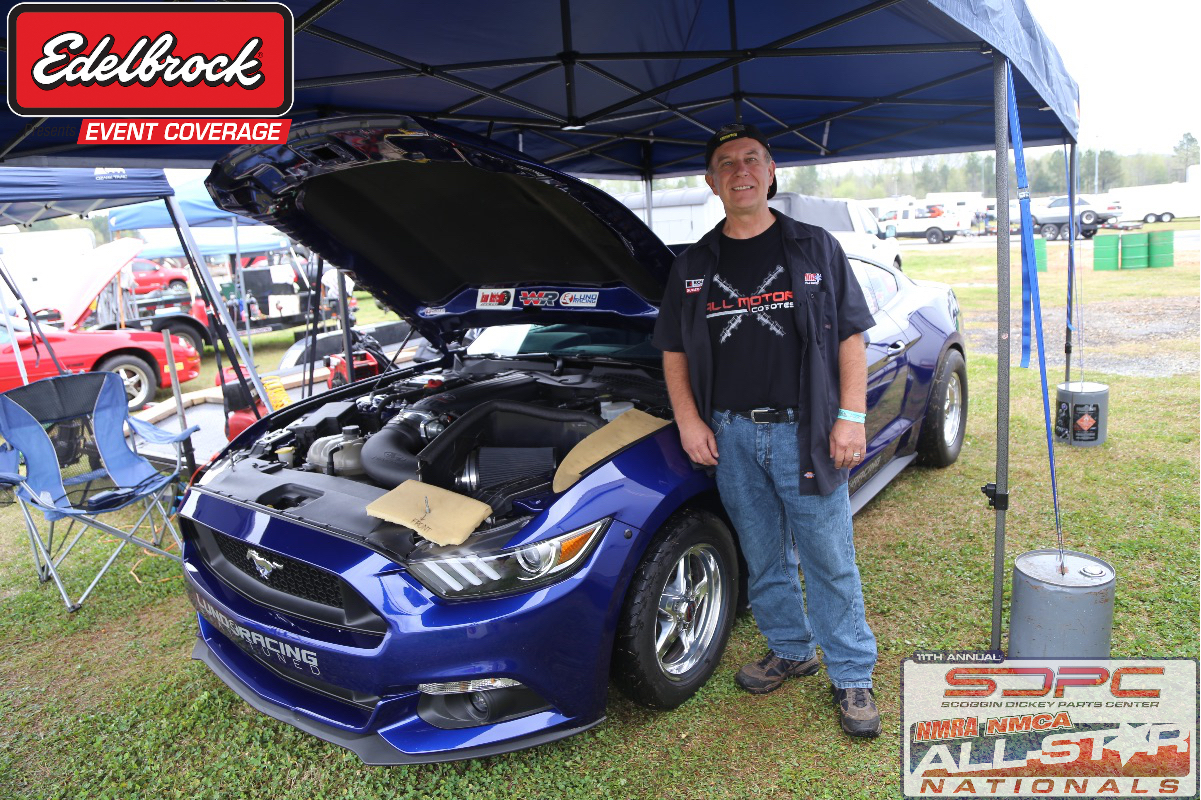 With a .007 reaction time, Robert Ball qualified his 2015 Mustang in the ROUSH Performance Super Stang class top spot. That is fitting because he bought the car when it was new specifically to run in the NMRA series. He says the new engines are amazing, and he shifts his stock-long-block Stang at 8,200 rpm. Its Coyote engine runs a Cobra Jet intake, Stainless Works headers, a Circle D torque converter, and a Lund Racing calibration, but it caught our eye because he sealed up the cold air intake with foam insulation. He said the datalogs show it keeps the inlet air temps down. 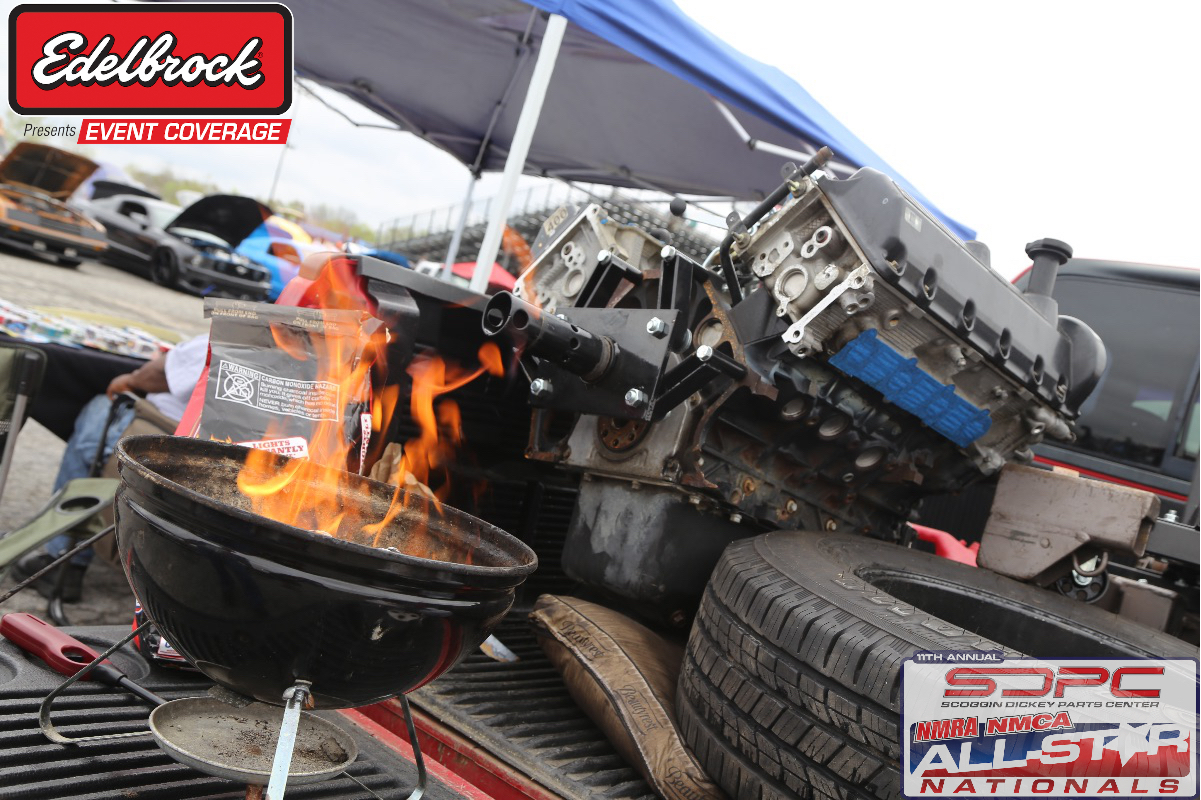 This modular engine must be a hot rod, as Mike Cooke was cooking up some good stuff right behind it in his swap meet spot. He says he comes to the race every year and does well selling parts, which will help him get his 99 Lightning back on the road with a Johnny Lightning-built engine.