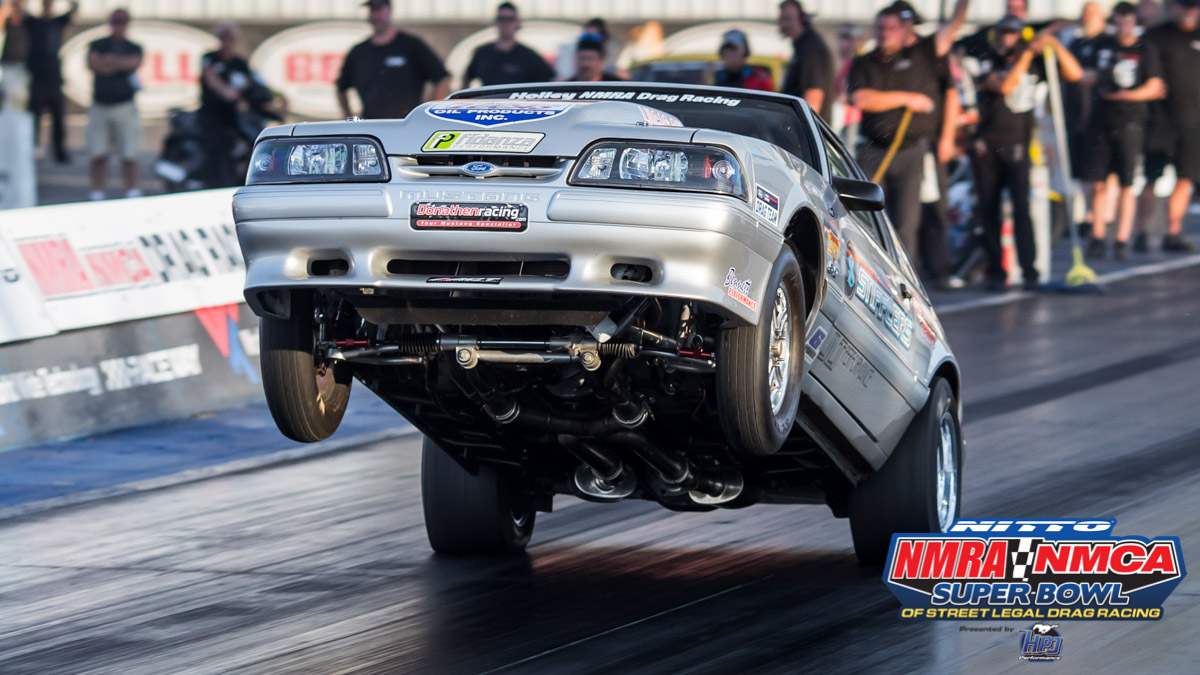 Despite repeated rainfall on Saturday, drivers were relentless as they rocketed down track during abbreviated qualifying sessions at the Nitto Tire NMRA/NMCA Super Bowl of Street Legal Drag Racing presented by HPJ Performance at World Wide Technology Raceway in Madison, Illinois. There's a lot at stake for those who are able to cut through the competition, as the Aerospace Components Winner's Circle, Super Bowl runoff between NMCA and NMRA winners and Nitto Diamond Tree rings await. 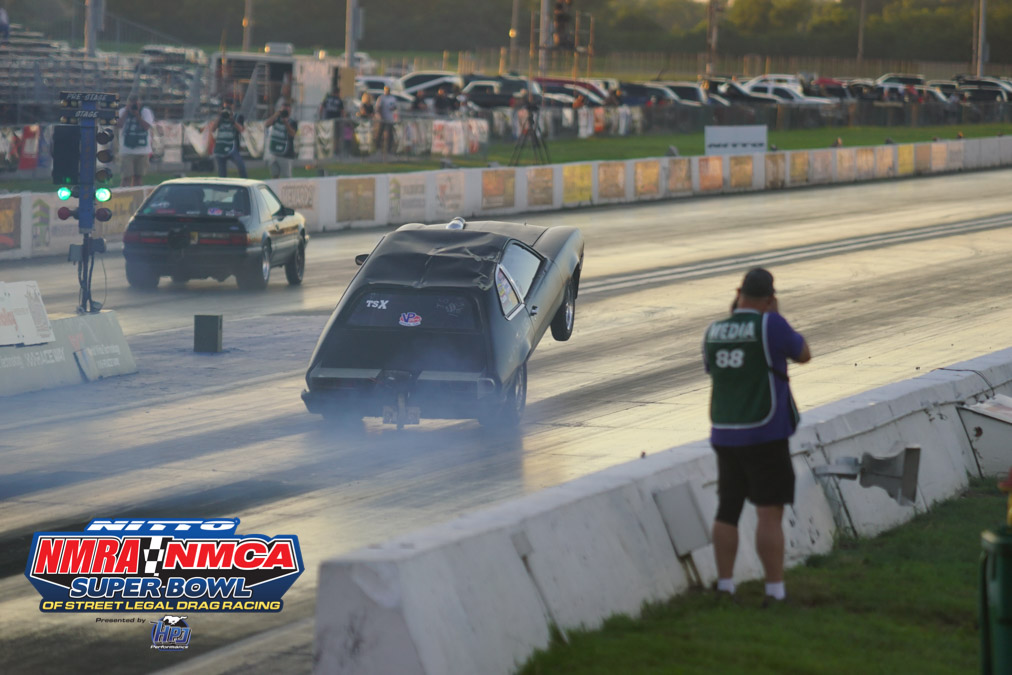 Things got wild in QA1/TorqStorm Superchargers competition on Saturday as Joe Laramie in his 1977 Ford Pinto went to the bumper on his first run. When the class had completed it's three runs, though, True Street veteran champion Randy Thomas was the overall winner with an 8.74 average in his 2010 Shelby GT500. 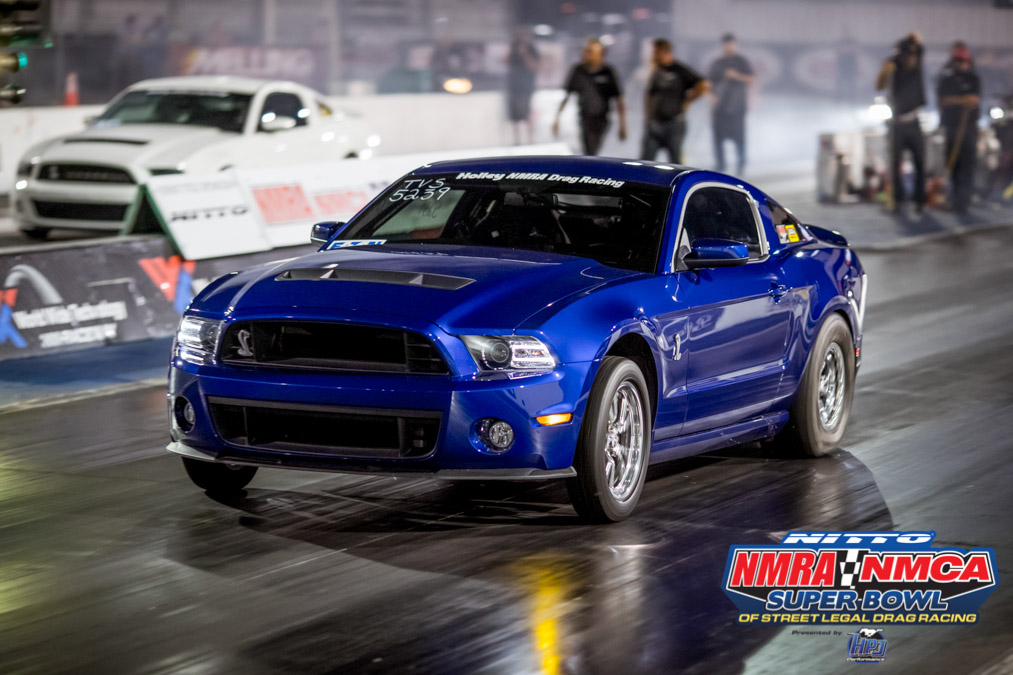 For 2020, the 2nd annual EATON TVS Supercharger Throwdown moved here to the Super Bowl of Street Legal Drag Racing at World Wide Technology Raceway at Gateway to once again showcase the incredible performance one can have with a TVS-based supercharger. angel a bit as the class was run in a True Street format on Saturday, with a heads-up race on Sunday. In the Saturday runoff, it was Jason Wagoner (pictured above) who took the win with a 9.08 average, while Chad Walter was the runner-up with a 10.06 average. Oscar Morin earned the 10-second win and Kevin McKenna earned the 11-second win. Today, the class goes heads-up! 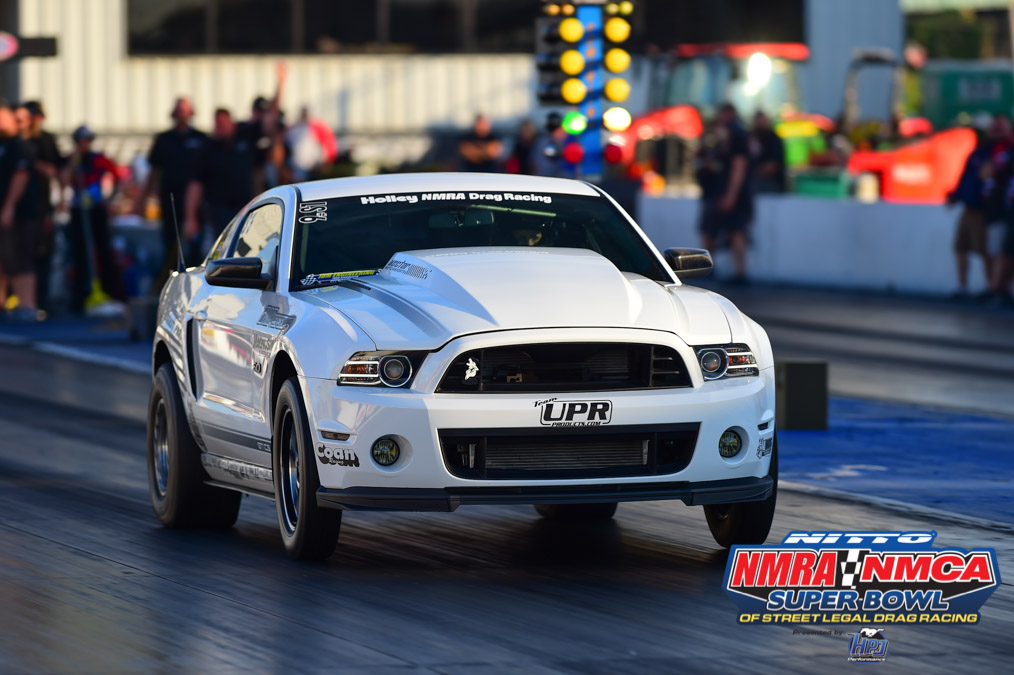 Final qualifying for JDM Engineering Limited Street was pretty wild, with the top 6 cars in the class separated by a mere tenth of a second. Showing big speed was points leader Bill Putnam, who won the first two events of the season and posted a 159.51 mph trap speed behind his 8.581 leaped time. Taking the top spot, however, was Samantha Moore and her 2014 Mustang GTCS, which posted an 8.574. 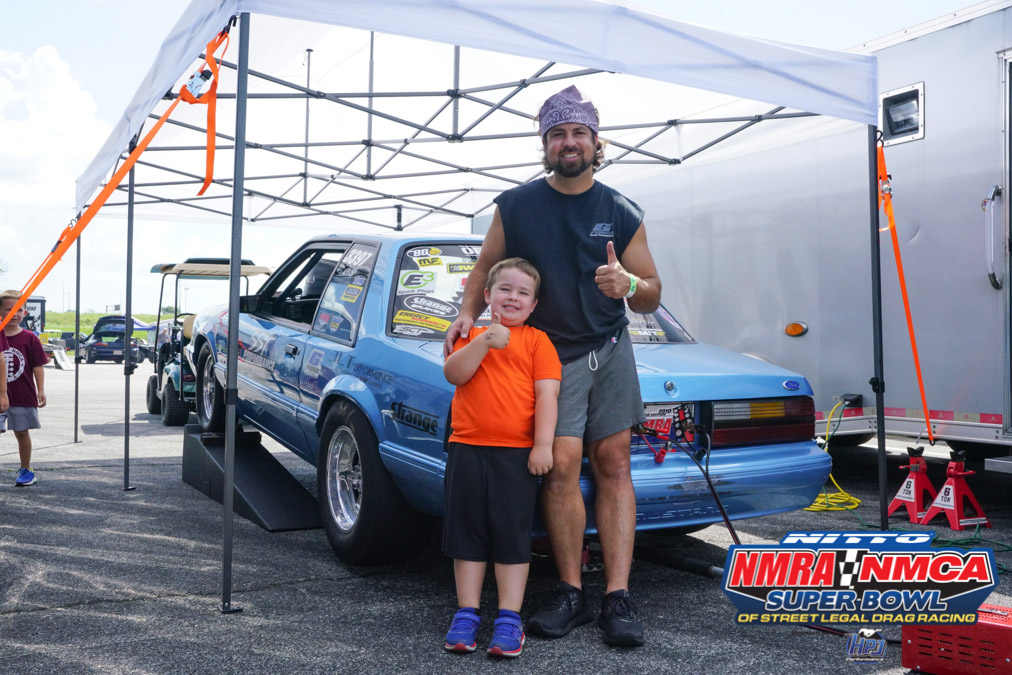 Waynesboro, PA's Nathan Stymiest and his son Lucas are ready for round one of G-Force Transmissions Coyote Stock. Stymiest took top qualifying honors with a 10.114 over Drew Lyons who clicked off a nearly identical 10.117 last night. 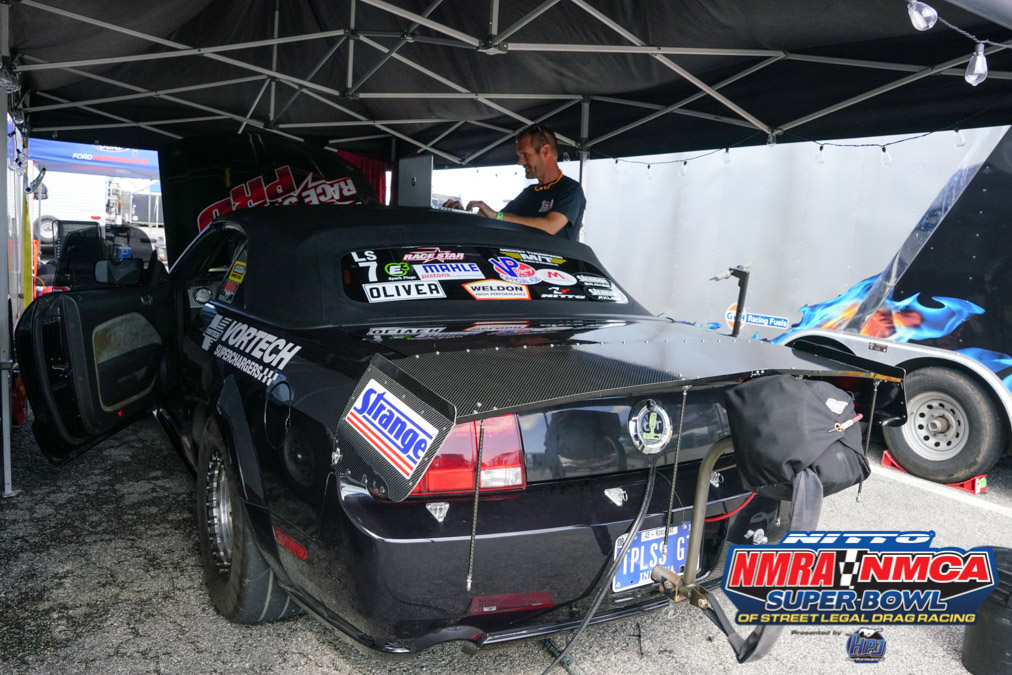 PTP Racing's Patrick Barnhill is putting in the "safe" tuneup in Kent Nine's Haltech ECU for the first round of JDM Engineering Limited Street. Nine's ProCharged Roush Mustang posted an 8.87 in qualifying to take the 6th spot, and they'll face Mike Lewandowski's Fox-Body Mustang in round one. 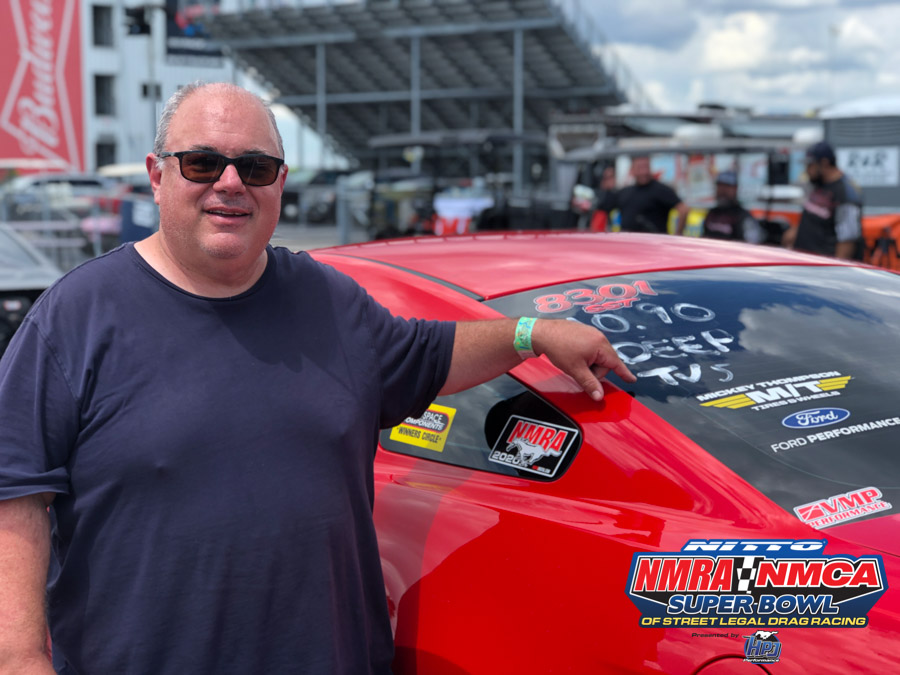 ROUSH Performance Super Stand driver Kevin McKenna also entered his Mustang into the Eaton TVS Supercharger Throwdown this weekend, and as it turned out, he got called as an alternate for the quick 4 heads-up runoff today. At first, he didn't want to risk upsetting his Super Stang efforts by joining it, but then he found out that the class paid out to the top four spots and decided to take a shot at it. Going up against a 9.50 car in the first round of eliminations didn't bode well for advancement to the final, and unfortunately McKenna bumped a little too deep through the lights at the start and gave away the race. Hopefully he fairs better in Super Stang today as he currently sits third in points. For eliminations results CLICK HERE.
HPJ Performance
,
Nitto Tire
,
NMRA/NMCA Super Bowl of Street Legal Drag Racing