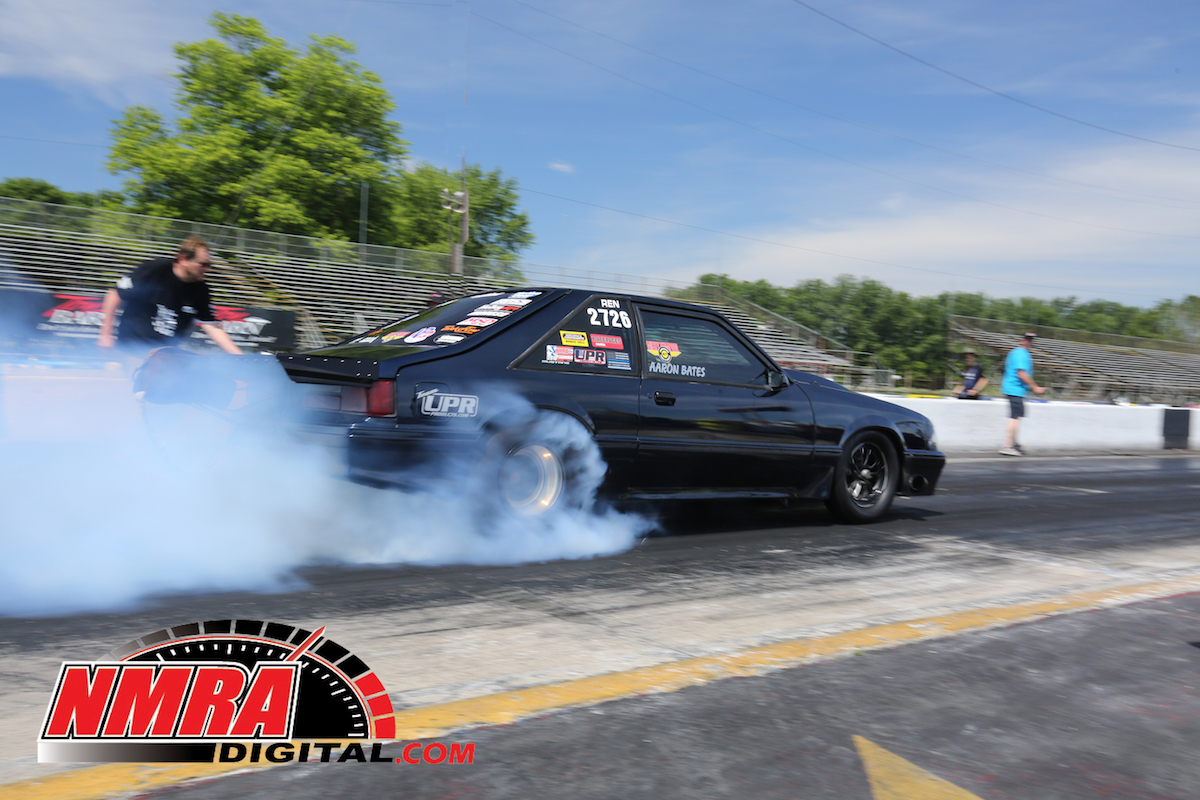 By Jason Dempsey Although he ran his Dez Racing-backed Mustang in three events in the Renegade class during the 2015 season, Massachusetts-based racer and Edelbrock Renegade point's leader Aaron Bates considers himself a rookie in the class and in heads-up racing in general. His car was a full-on street car just two years ago, sitting in the Dez Racing shop awaiting a big-horsepower makeover. Then he attended an NMRA race with the Dez Racing team, including fellow Renegade racer Jim Coger, and was instantly hooked on the NMRA way of life. The decision was made to turn the street car into a race car, and the entire Dez Racing crew came on board to help bring Bates' dreams to reality. Dez Racing owner Mike Dezotell is a multi-time NMCA champion and former NMRA racer, and has years of experience driving and tuning some of the Northeast's quickest and fastest cars. With the help of the rest of the Dez Racing team who make the pieces work together including Brian Machie, Evan Dumas, and Franny McCarthy Bates has been instantly successful in the Renegade class, which boasts some of the NMRA's most familiar and long-time racers. Eight races into his NMRA career, Bates is beating the best of the best that the NMRA has to offer in the Renegade class. Let's be honest it's not me, it's a team effort. I happened to come across one of the best in the business in Mike and Dez Racing. When he talks, you listen. I can't say I expected it by any means. To have the success we've had is a lot of fun, says Bates. It hasn't been without plenty of hard work from the team, coupled with support from one of the Mustang drag racing world's longtime supporters, the folks at ProCharger. The battles between ProCharger and rival supercharger manufacturer Vortech stretch back to the infancy of the 5.0 Mustang movement in the early 90's, with the companies trading championships and class records in the years since. The 2016 Renegade championship comes down to the NMRA World Finals in Bowling Green, Kentucky, with Bates holding a slight points lead over Alton Clements, Jr. Under the hood of Clements' machine is a Vortech supercharger intensifying the Renegade battle with the two supercharger manufacturers set to duke it out once again.

It's not a surprise it's against Alton Clements, since you know he's always going to be at the top. This last race is going to be real interesting, says Bates. Clements, to his credit, has been one of the top runners in the Renegade class for quite some time, and has grown with the class over the years; when he first started racing, the class record was in the mid 8-second zone, and today it's about a full second quicker. When asked about winning the championship, Clements had an interesting take. He has every intention of spoiling Bates' weekend by taking home the event win in Kentucky. I do want to win races more than I want to win the championship, I can tell you that, he says. Winning races puts money in my pocket. Having the #2 on the window means we're very persistent and we're always there.
Aaron Bates
,
Alton Clements Jr.
,
Dez Racing
,
Edelbrock
,
ProCharger
,
Renegade
,
Vortech