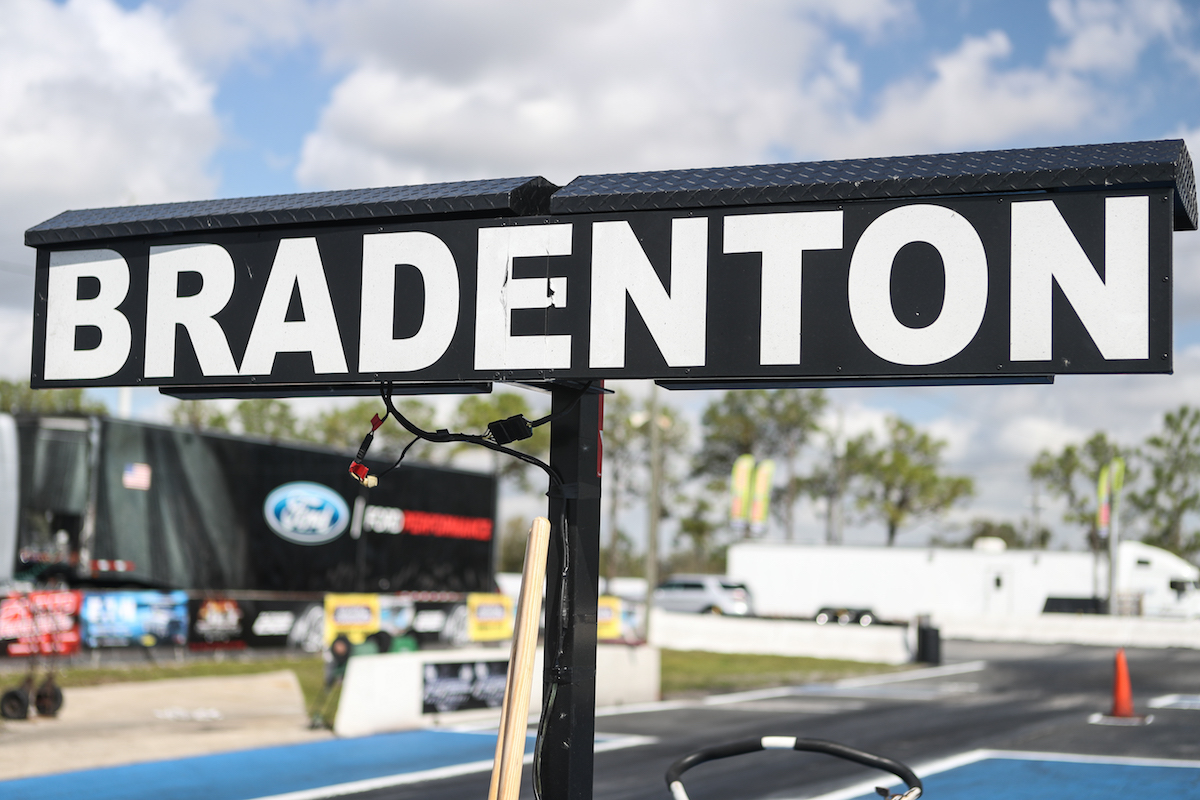 The gates have been cracked open at Bradenton Motorsports Park as the NMRA Keystone Drag Racing Series kicks off its 2017 race season. The 23rd annual Nitto Tire NMRA Spring Break Shootout is taking shape to one of the biggest season openers in the event's illustrious history.

With old school LL Cool J pumping through the speakers singing Don't call it a comeback in the background, Brian Mitchell officially returned to NMRA competition after a three-year hiatus. His Wizard 1.5 Mustang isn't ready yet so he borrowed Adam Arndt's Pumpkin Spice rolling chassis. Mitchell stuffed his new 360ci engine and transmission in the car and he has yet to announce which supercharger is fastened to the front of it. Arndt will join the NMRA tour this summer as he is deploying for foreign service at his day job as an officer in the U.S. Air Force. 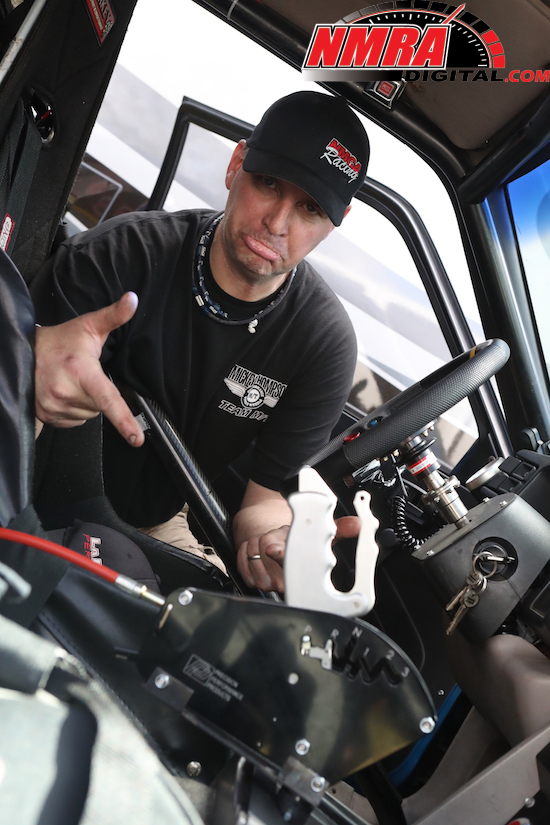 We don't know if it is old age or a section of the rulebook that is being exploited, but Mike Washington showed up to Florida with a Pro-Formance/Dynamic C4 transmission behind his Coyote engine. The 1993 Cobra clone is back in Richmond Gear Factory Stock, a category that Washington has been searching for an event win in since his return last year. In 2016, James Meredith went undefeated with a Coyote/C4 combo, a goal that Washington fell short of accomplishing in 2003 when the clutch pedal got stuck in the final round of the last race.

We happened to be walking past a dark alley when we saw the G-Force Racing Transmissions Coyote Stock defending champion, Drew Lyons, and crew chief Bruce Hemminger filling up the fuel cell for the weekend. There is either a new rule in place or these guys have some funky stuff going into the cell. It required special smocks, facemasks, and eye protection. NMRA Tech is flying in special test equipment to verify the legality of the fuel.

This event marks the kickoff of a brand new shootout at NMRA events, UPR Products Modular Xtreme. It is designed for quick 275 Radial tire'd cars with outrageous combinations. Here is Mark Duber and his Bird Doc 2013 Shelby GT500 are first on the property for the class. Duber was instrumental in bringing the category to NMRA competition and the cars are expected to run deep into the 4-second zone. The Bird Doc features a BES Racing 5.8L engine with a pair of twin 76mm turbochargers, AEM Infinity EFI, and C&C Racecraft/London Chassis Dyno built the car.

Testing, Testing, 1 2 3 John Leslie Jr. made the trip to Florida early to get some testing done at Showtime Drag Strip, which is a sister track to Bradenton Motorsports Park. The Richmond Gear Factory Stock racer wouldn't reveal any numbers except that he ran six straight runs that were all less than a tenth in variance and all were quicker than any of his NMRA legal runs. Not only did he withhold information on the performances but he was also silent on what changes were made over the winter.

It has been a busy winter for VP Racing Fuels Street Outlaw racer Charlie Cooper as he converted from a supercharged combination to a turbo one. Citing a difference of opinion with the rules, PTP Racing's Jason Lee said the car has already run 4.35 at 170 mph within a handful of runs. The national record is 4.34, a number that is expected to go down during first round of qualifying on Friday afternoon. Cooper brings to battle a 430ci engine with Edelbrock SC1 cylinder heads and a Precision Pro Mod 98mm turbocharger. The cover is off the turbo in this photo as NMRA tech officials are measuring all boost makers in every heads-up category.

One of the baddest Shelby GT500 to ever grace the drag strip has a more aggressive stance this season. HFR Fabrication reworked the front and rear suspensions with a slew of products from Racecraft. A new fabricated 9-inch housing, which is also narrower, sits in the back and is suspended by Racecraft control arms and ant-roll bar. Up front, at the behest of Evolution Performance, a complete Racecraft K-member, shorter race-style control arms, and drop spindles make The Devil's Reject look racy. Off the trailer, Brian Devilbiss ran 7.50 at 186 mph during test and tune.
JLT Performance
,
Muscle Mustangs & Fast Fords
,
Nitto Tire
,
nmra
,
Precision Turbo