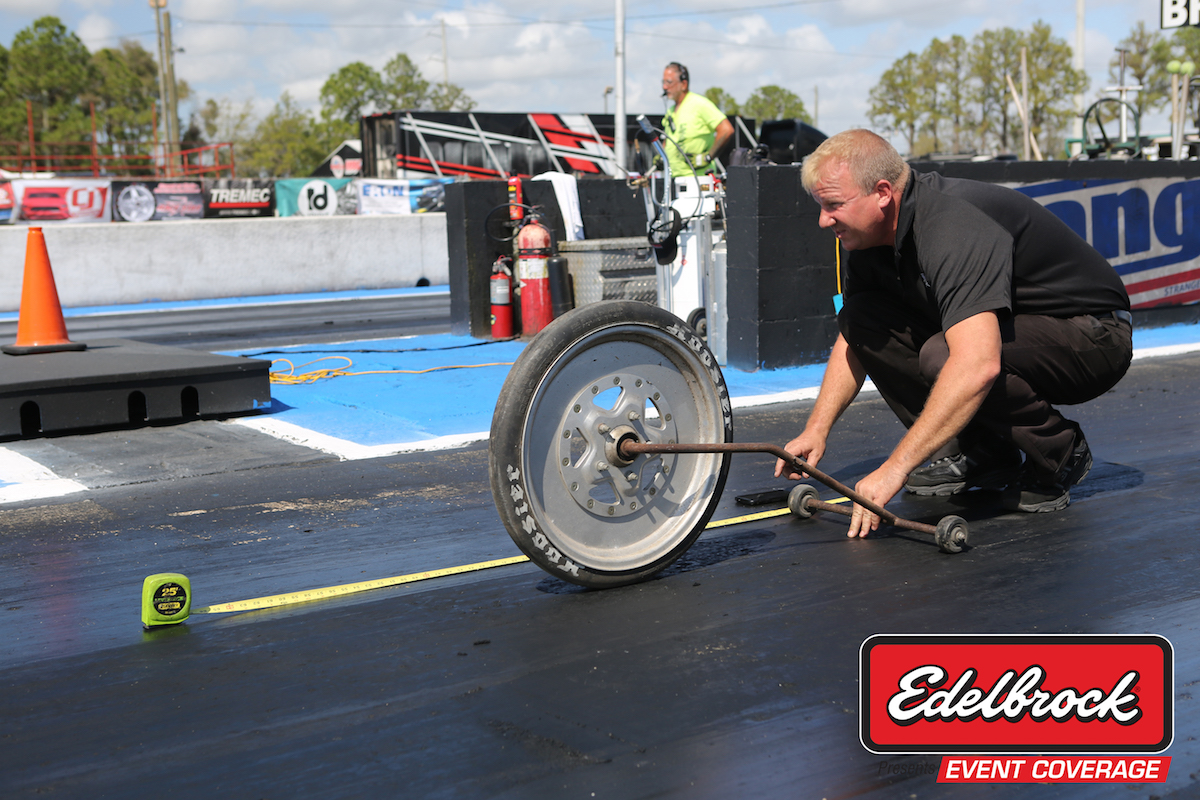 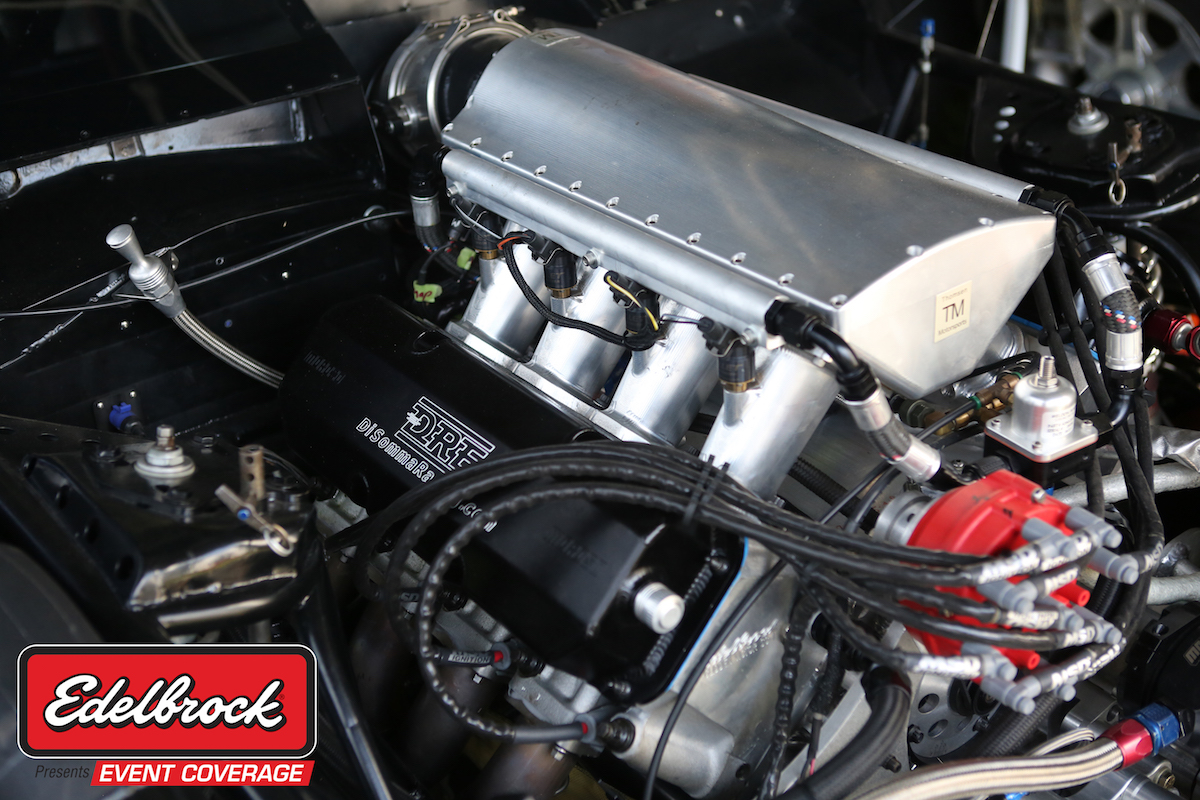 This could be the sickest small-block Ford ever built DiSomma Racing Engines designed a 470ci engine and this one has been fitted with a ProCharger F-1X-12R supercharger. The engine belongs to Andy Manson and is slated for use in VP Racing Fuels Street Outlaw this weekend. It is based on a DiSomma Racing Engine billet block and is topped off with Edelbrock SC1 cylinder heads and custom Thompson Motorsports billet intake manifold. Rumors floating around are that Manson has run low 4.30s at over 170 mph in pre-season testing but the veteran racer wouldn't admit to anything when ran into him at NMRA Tech inspection. 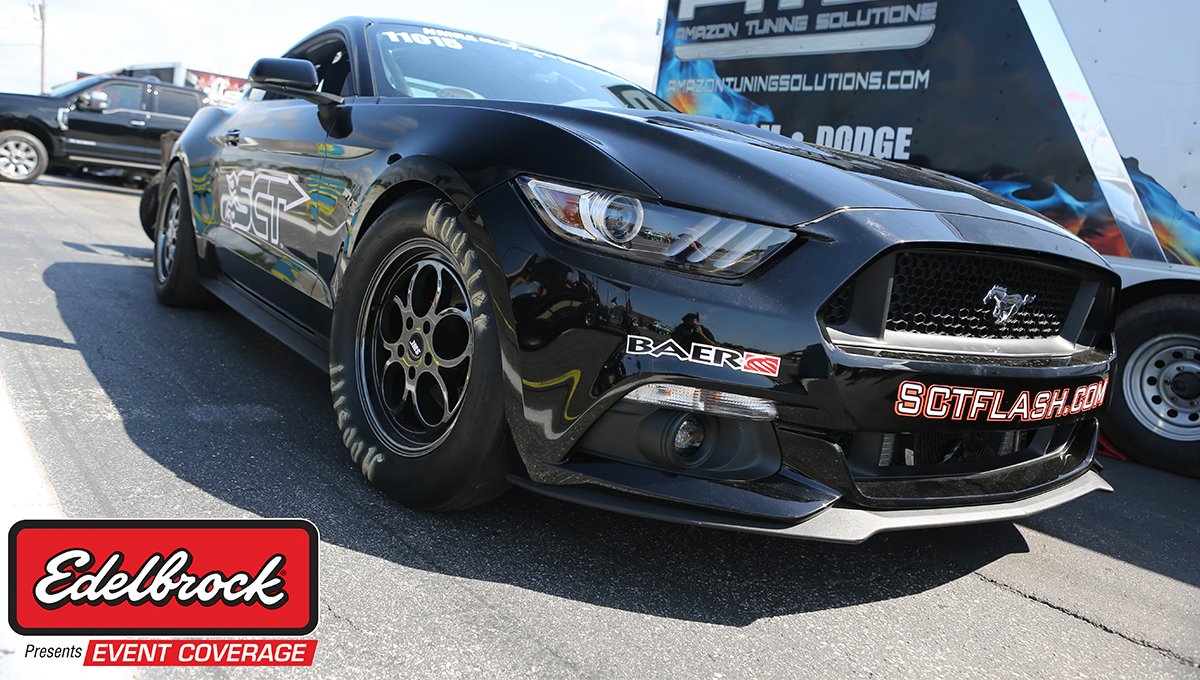 There are already 10 Steeda Limited Street entries on the property as NMRA rolled out a new heads-up class in 2018. Above is Rick Erdman's 2015 Mustang GT with its new sponsor for 2018, SCT Performance. The car is powered by a VMP Superchargers 2.3L blower and it is mounted on top of a Coyote 5.0. The hope is to get the car into the 8s by the end of the weekend. 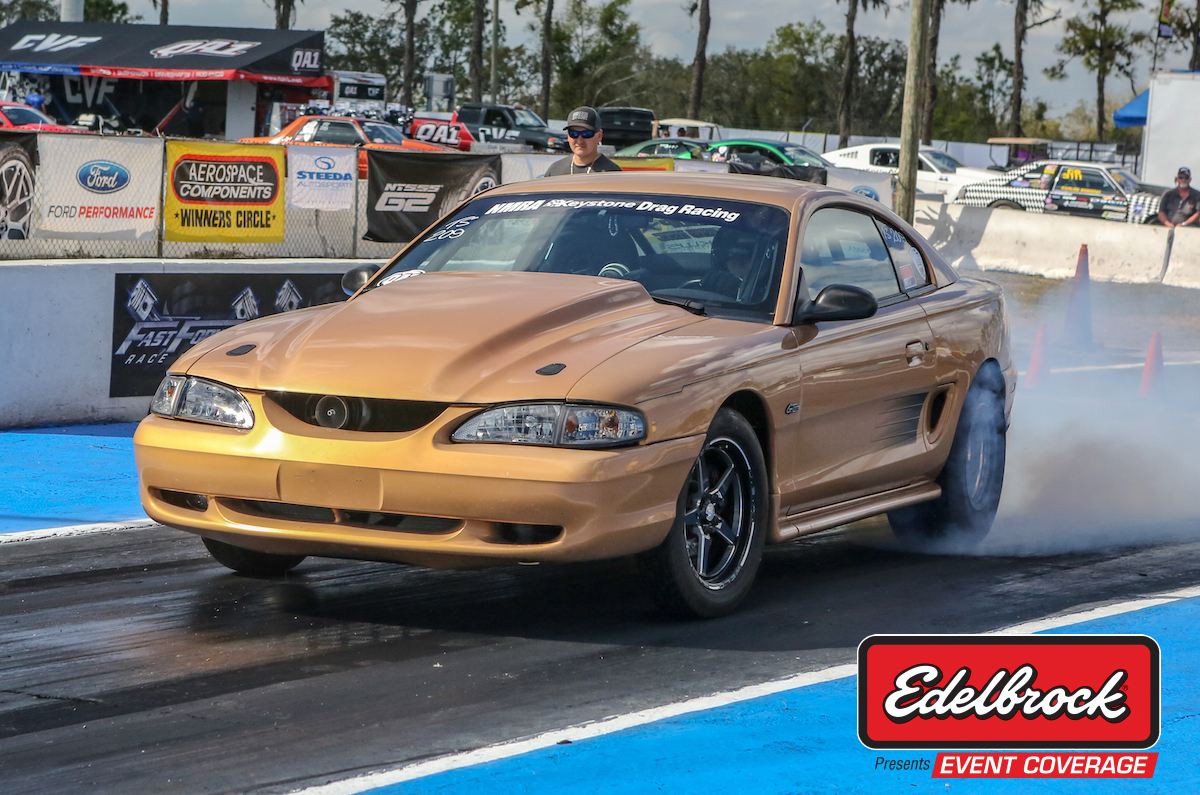 Less than 24 hours ago the 4.6L Four-Valve engine in Kurtis Forsberg was in pieces and getting repaired after breaking the secondary chain during testing last week. But what a difference a day makes as Forsberg ran 8.29 at 165 mph right off the trailer! That puts him solidly in the top half of the pack for the JLT Performance Spring Break Shootout. But he first has to survive QA1 True Street before he can focus on the heads-up eliminator that goes down on Sunday. 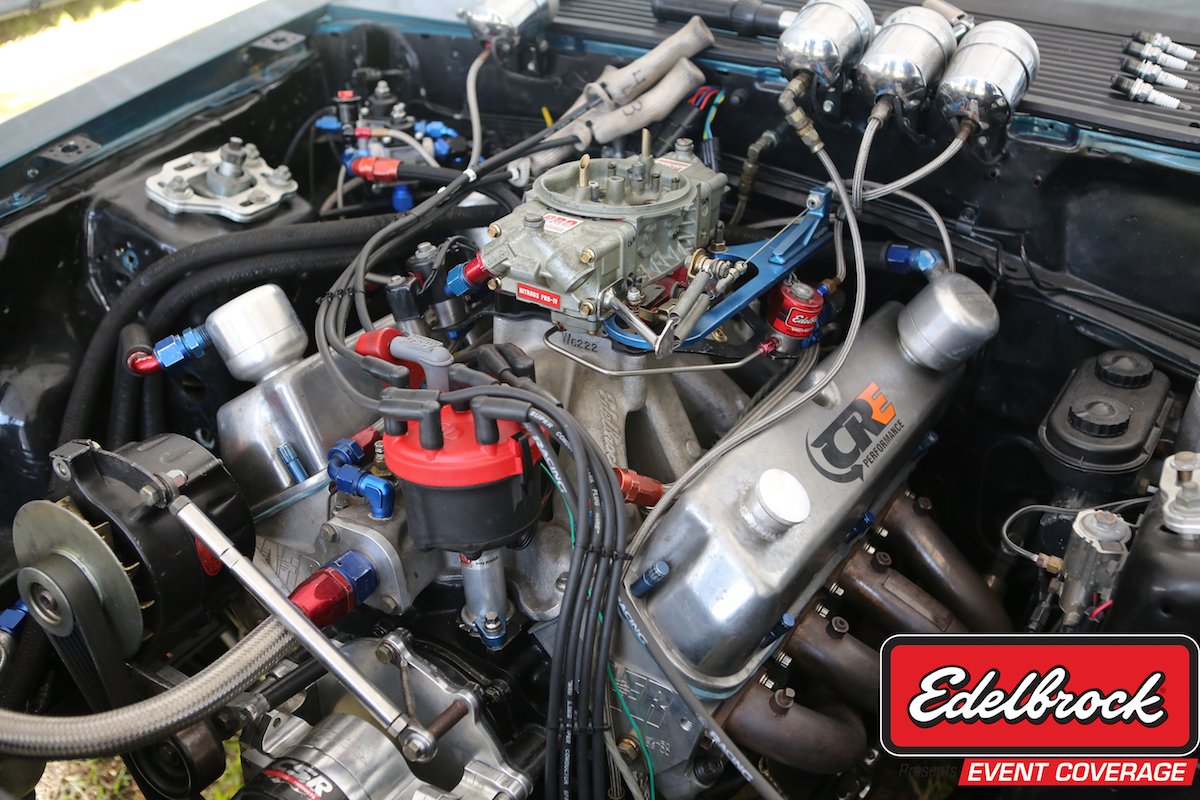 The talk of the Spring Break Shootout has been the Steeda Limited Street category so far and the variety of entries is awesome. Pictured above is the engine that belongs to Chet Caminita of CRE Performance and it checks in at 363ci. The combination is a leftover set of parts from the NMCA Street Race class, of which this car was used to win the championship one year by a team driver. Caminita is the only racer in the class who is running on slicks. He has already dragged the bumper in the biggest wheelstand of the weekend and still ran 9.22 at 148 mph! 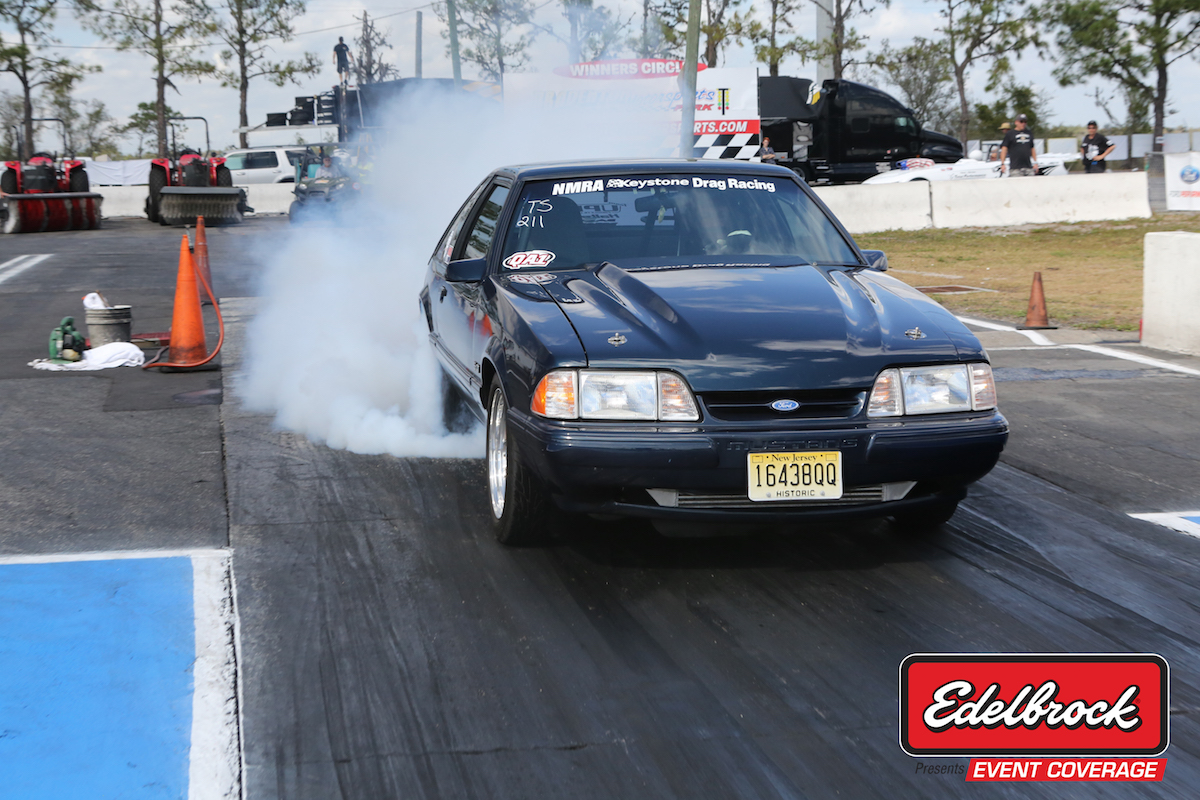 Perennial QA1 True Street racer Mike Jovanis made an easy hit off the trailer with an 8.01 at 175 mph as he eases back into racing after a long, cold winter in New Jersey. The 347ci engine has served him well over the past few years with impressive performances in both NMRA and Hot Rod Magazine Drag Week. He has a Forced Inductions 94mm turbocharger on board and he went into the winter holding a 7.69 at 180 mph time slip.
Edelbrock
,
Nitto Tire
,
nmra
,
Spring Break Shootout
,
Steeda
,
Turbo Coyote