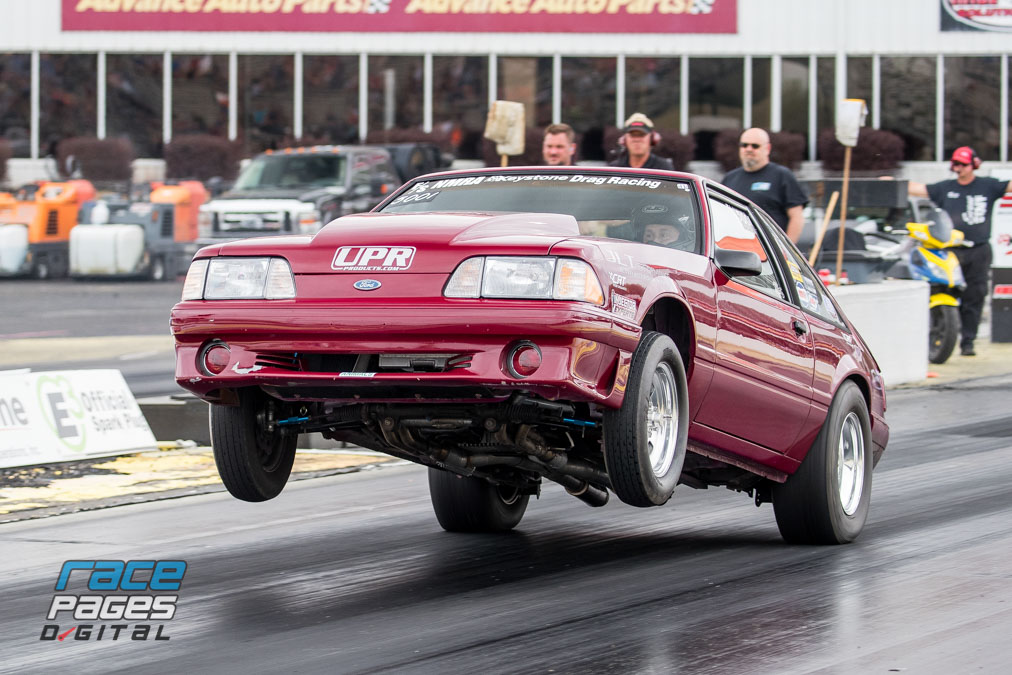 The competition is fierce in NMRA Factory Stock and Coyote Stock as racers look for an edge over the competition. Several racers in each category have relied on JLT Performance cold air induction kits to help power their way to record runs, event wins, and ultimately the championships in both categories. NMRA rules require off-the-shelf parts for those eliminators, meaning the championship-winning JLT Performance products that racers like Dan Ryntz and Darin Hendricks run on their racecars are available for your street cars. Dan Ryntz jumped into the Richmond Gear Factory Stock ranks in 2015, and from the 2016 season on, he has always been at the front of the class and topped off his efforts with the class championship in 2018. He's off to another fine start in 2019, having taken home wins at the first two races of the year. While Ryntz' choice to run a Coyote 5.0-liter engine is a matter of choice, with many other combinations available in the Factory Stock rulebook, G-Force Racing Transmissions Coyote Stock racer Darin Hendricks must use the class-specified Ford Performance Coyote 5.0-liter crate engine and provided ECM and engine calibration. Hendricks has had great success in the Coyote Stock class, and was crowned the 2018 NMRA Coyote Stock champion in December of 2018 at the NMRA Awards ceremony held during the PRI Show in Indianapolis. There's no doubt both of these racers and their rides are at the top of their respective classes, and we took the opportunity to speak with both of them at the 2019 NMRA season opener at Bradenton Motorsports Park in Bradenton, Florida.
https://www.facebook.com/RacePagesDigital/videos/311462242866451/
Coyote Stock
,
Dan Ryntz
,
Darin Hendricks
,
Factory Stock
,
G-Force Racing Transmissions
,
JLT Performance
,
Richmond Gear