Where It All Started JDM Engineering 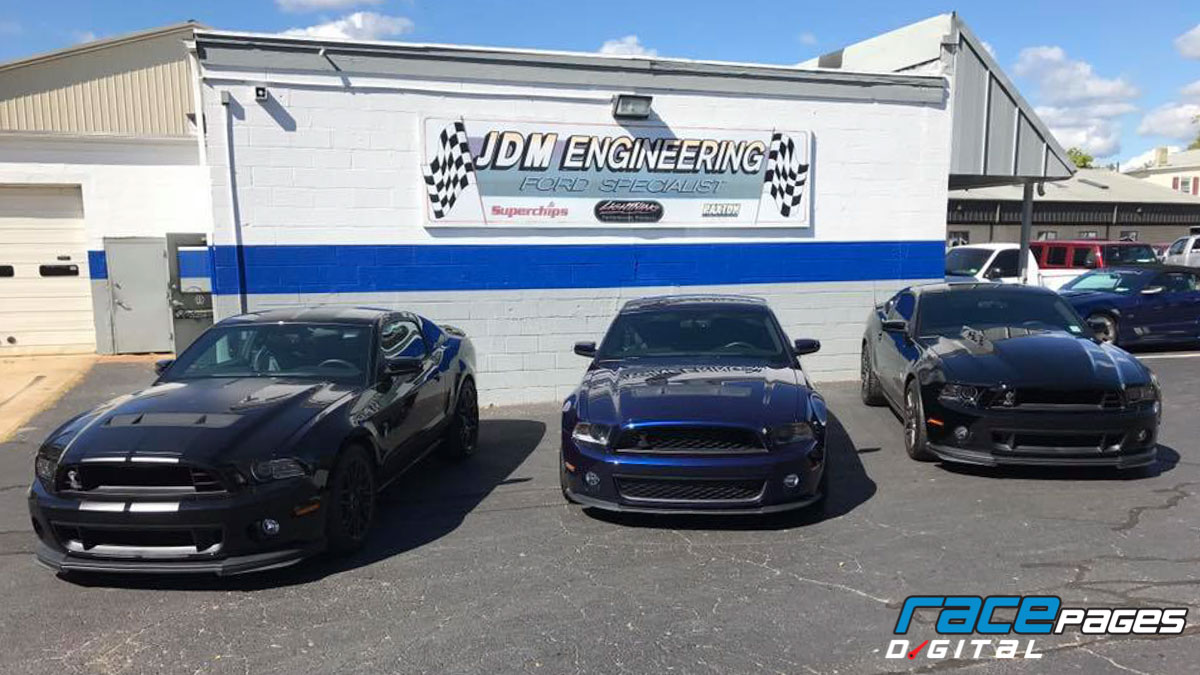 Written by Ainsley Jacobs Photography courtesy of JDM Engineering When working for someone else lost its luster, Jim D Amore focused his efforts into his own entity and he created JDM Engineering. It became a powerhouse performance provider for late-model Ford modular motor-powered vehicles. Growing up in New Jersey, D Amore was a fixture in his father's body shop. He began his career in the same industry, but quickly branched out into the mechanical side of things. I bought a 93 Ford Lightning and was driving home when a Buick Grand National pulled up next to me at a light and whooped my ass, laughed D Amore of the moment which inspired him to improve his Lightning's performance and consequently changed the entire direction of his life. D'Amore upgraded the truck to run on two PCMs, the OEM unit to control the transmission and one from a 93 Ford Mustang to manage the engine. He learned a lot during the upgrade, and the project ultimately connected him with a few engine calibrators at Ford. One thing led to another, and they offered me a job in late 93, D Amore shared of how he began his career with FoMoCo. I was the first person to supercharge a 4.6-liter Four-Valve engine and a 5.4-lite Four-Valve, because I had my hands on them two years before they were released to production!

D Amore excelled in his career and was instrumental in developing many high-profile projects, but eventually decided to pursue something of his own. I enjoyed it, but had more fun diving through the dumpsters to get what they were throwing out and make it work for hot rod stuff. By 1998, D Amore began his own business and finally incorporated JDM Engineering in 2000. Although the acronym fit just fine with Jim D Amore Motorsports, the original meaning behind JDM was actually a nod to a carnival-style dunk tank (among many other games and stands) D Amore owned on the Jersey Shore boardwalk which had a sign posted behind it that read Just Do Me. At first, JDM Engineering was located in a small shop in Lakewood, New Jersey. After about a year, though, D Amore transitioned into his brother-in-law's 11,000-square foot facility in Freehold. I'm still there, 21 years later! he said, proud of the progress over the past two-plus decades. Currently, JDM employs a team of nine to run the operation full-time and is equipped with four bays, a DynoJet dynamometer, engine assembly and clean room, machine shop, and more.

Ever since the beginning, D Amore and JDM Engineering have focused on late-model Ford and modular engine performance. There's never been a car in our facility other than a Ford, stated the owner, whose company has helped its customers win championships and set dozens of national records. We've worked on everything from drag cars to NASCAR projects, and with a lot of big names like Saleen, Carl Edwards, Greg Biffle, Arnold Schwarzenegger, Jay Leno, Galpin Ford, and Pimp My Ride, he enthused.

While the core focus remains building high-performance Ford engines for its customers all over the world, as well as supercharger development, JDM branched out into a one-stop performance shop offering parts, diagnostics, distribution of other high-end product lines, and more. A longtime supporter of the NMRA, JDM Engineering's contribution to the sport of drag racing over the years began back with the Fun Ford Weekend series. D Amore focused on NMRA after that, then transitioned to the NHRA where he had a large customer base. Now, he's come full circle and is back with the NMRA as the title sponsor of the JDM Engineering Limited Street category and is enjoying getting back to his roots while reconnecting with his Ford-focused family.
JDM Engineering
,
Where it all Started