By Mary Lendzion When Woody Pack came to NMRA ARP Open Comp eight years ago, he immediately felt at home. He liked the cars, combinations and competitors, and he lapped up as much information as possible so that he could be consistent and competitive in his 1966 Mustang powered by a 451 cubic-inch engine built by Albert Performance and paired with a Powerglide built by Ray Eller. The Virginian has held his own though the years, and what he wanted more than anything was to earn a championship in 2021. So as committed as he could be, he charted his course and qualified in the ninth spot with an .010 reaction time and won with a 9.62 on a 9.73 dial in a double break out race at the very first event of the year, the BMR Suspension NMRA Spring Break Shootout in March at Bradenton Motorsports Park in Florida. Pack then qualified in the eighteenth spot with an .019 reaction time and lost in the first round of eliminations with a 9.90 on a 9.78 dial at the Scoggin Dickey Parts Center NMRA/NMCA All-Star Nationals presented by MAHLE Motorsport in April at Atlanta Dragway. “Since I did well at the event in Florida, I really wanted to do well at the event in Georgia, but I didn’t, and that was hard on me,” said Pack. “I had to convince myself that it just wasn’t my day.” Pack went on to qualify in the eleventh spot with an .012 reaction time and lost in the second round of eliminations with a break out time of 9.64 on a 9.70 dial at the NMRA/NMCA Super Bowl of Street Legal Drag Racing presented by HPJ Performance in May at World Wide Technology Raceway in Illinois. 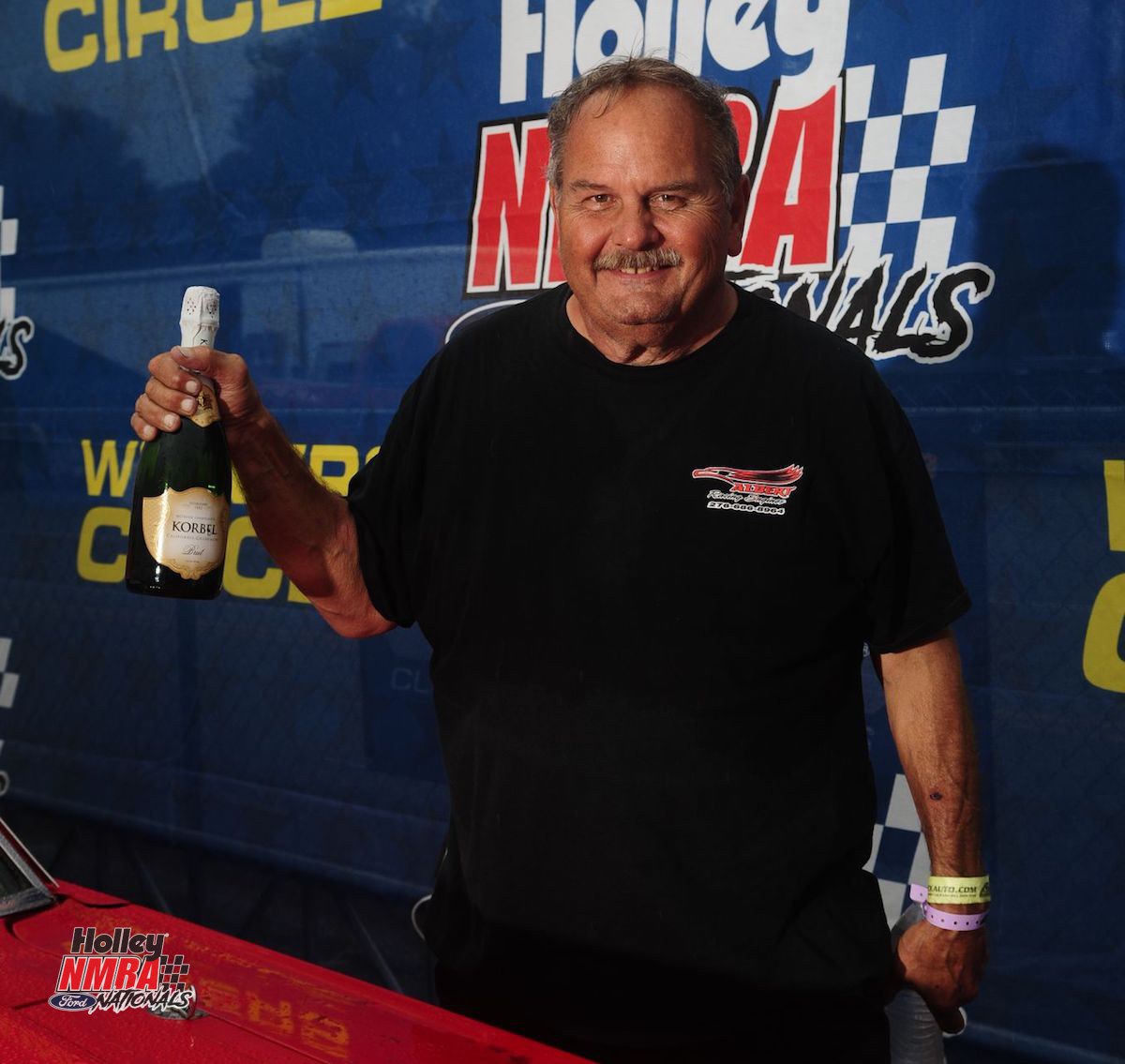 Then, while he was one of two racers to have a perfect .000 reaction time in qualifying, he lost in the first round of eliminations when he broke out with a 9.96 on a 10.06 dial at the NMRA Ford Performance Nationals in June at Summit Motorsports Park in Ohio. “I think ARP Open Comp is one of the toughest classes in the series,” said Pack. “I really have to be good on the tree and on both ends of the track, and my car has to be set up just right.” As the points chase began to heat up, Pack qualified in the second spot with a .004 reaction time and lost in the semifinal round of eliminations with a 9.94 on a 9.88 at the Inaugural Arrington Performance NMRA/NMCA Power Festival presented by Force Engineering in July at U.S. 131 Motorsports Park in Michigan. “Getting down to three cars at the race in Michigan got me back to a place in points where I still had a chance to earn the championship, even though I was 280 points down,” said Pack. He knew he was going to have to work hard, and have things go his way, at the final race of the season, the Whipple Superchargers NMRA All-Ford World Finals presented by Competition Clutch and Holley Intergalactic Ford Festival in September at Beech Bend Raceway Park in Kentucky, but he was ready. After qualifying in the twentieth spot with an .021 reaction time, Pack pushed to a runner-up finish despite a break out time of 9.81 on a 9.82, and more importantly, the 2021 NMRA ARP Open Comp championship. “I had dreamed of earning a championship, and I couldn’t believe it when it actually happened,” said Pack, who also competed in NMCA MagnaFuel Open Comp, where he finished thirteenth in points. “Honestly, it still hasn’t sunk in. I really want to thank my wife, Cis, who comes to the races with me, and Kenneth Nester, who helps me with my car at home. This means a lot to us.” Pack will be honored at the NMRA Ford Nationals Champions Ceremony, which is held during the PRI Show on Dec. 10 at the Indiana Convention Center in Indianapolis, and in the upcoming Champions Issue of Fastest Street Car Magazine. 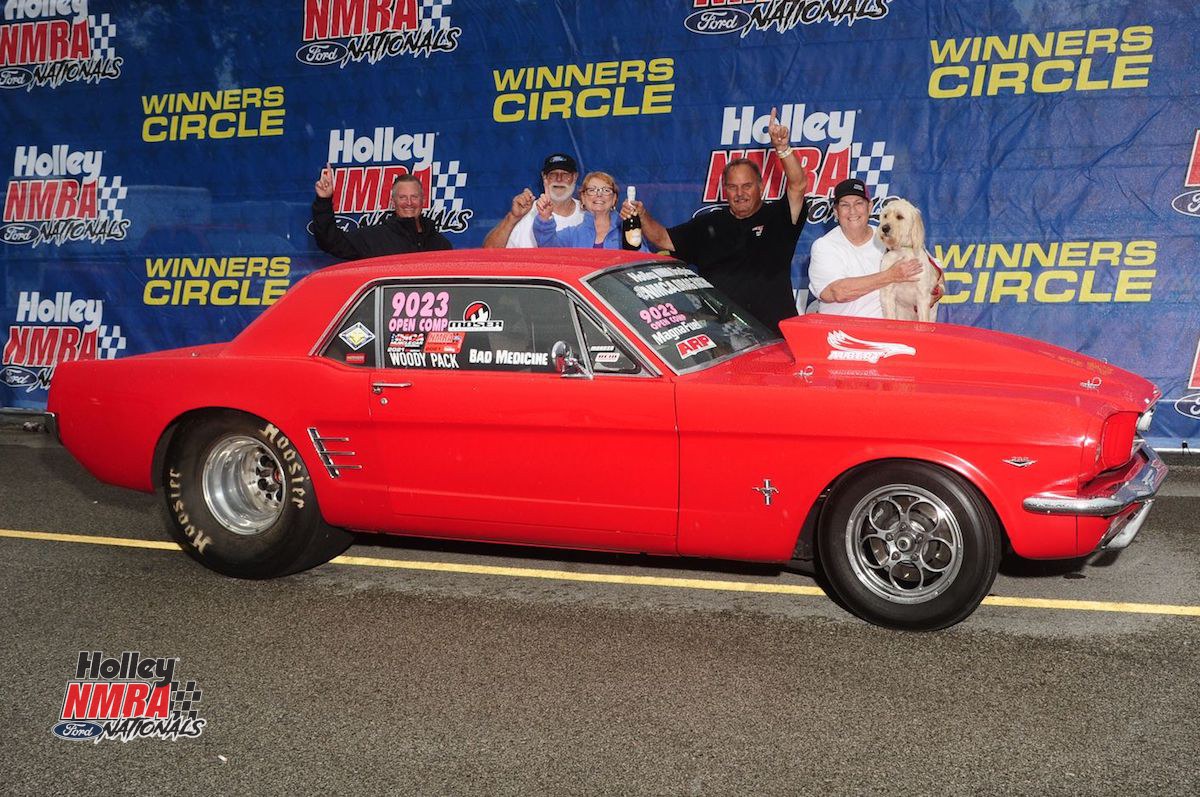