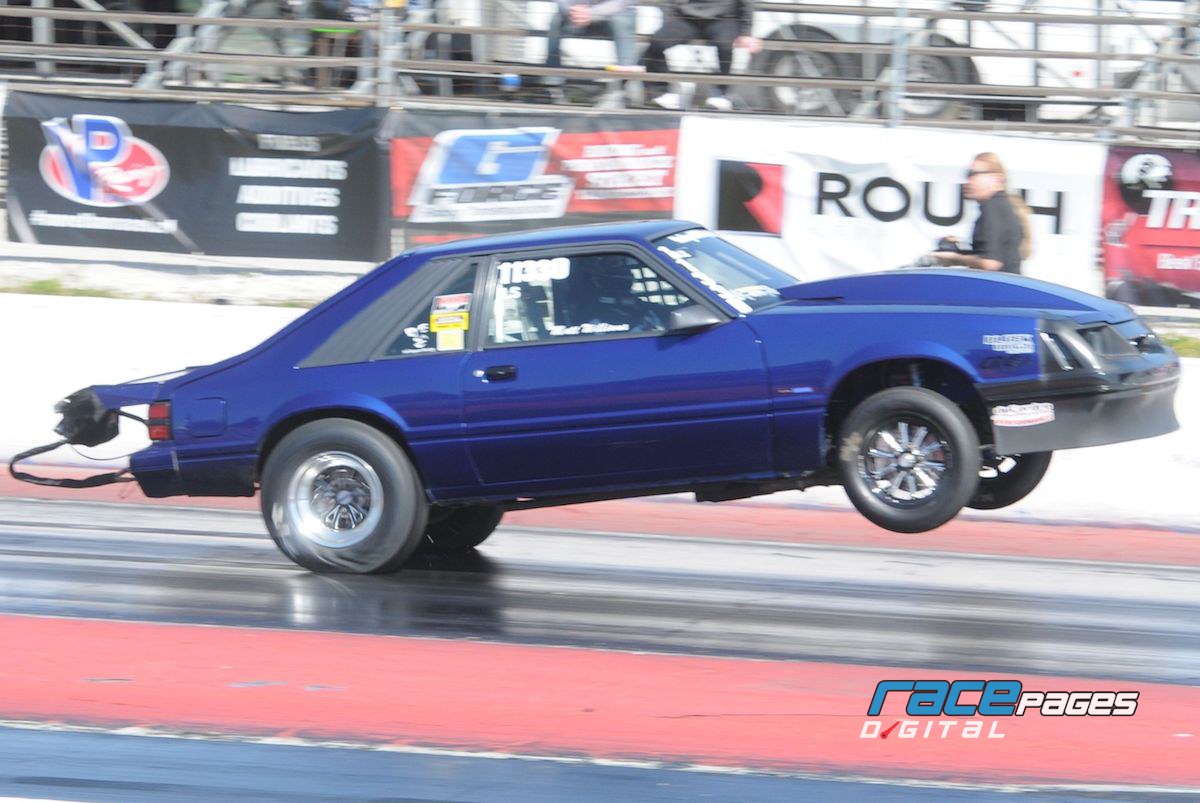 By Mary Lendzion Photos by NMRA and courtesy of Matt Williams Ready to take things to the next level in NMRA JDM Engineering Limited Street, Matt Williams reached out to Rich Groh of Rich Groh Racing Engines last year. Together, they decided that they would replace Williams stock Coyote engine with a fresh 314 cubic-inch Coyote engine built by Groh and topped with Gen II Coyote heads enhanced by Groh. Toward the end of last year, Williams began dialing-in the high compression engine, which handles 10,000 rpm down track, and he changed the gearing in his G-Force Racing Transmissions G101A transmission and installed a new Black Magic clutch and three-finger clutch disc to give his car even more pep. We ran 9.09 at the last NMRA race of the year, and an 8.77 at 152 mph at a test session at Cecil County Dragway in Maryland after that, said Williams. We were learning what the car wanted. Pleased with the progress, Williams, who lives in Colts Neck, New Jersey, took his car to Brandon DeCordre of DeCordre Automotive and Performance in Spring City, Pennsylvania over winter, where he and DeCordre had it on the dyno several times to coax from it as much horsepower as they could. We use Holley EFI, and we really put the engine through the paces, said Williams. 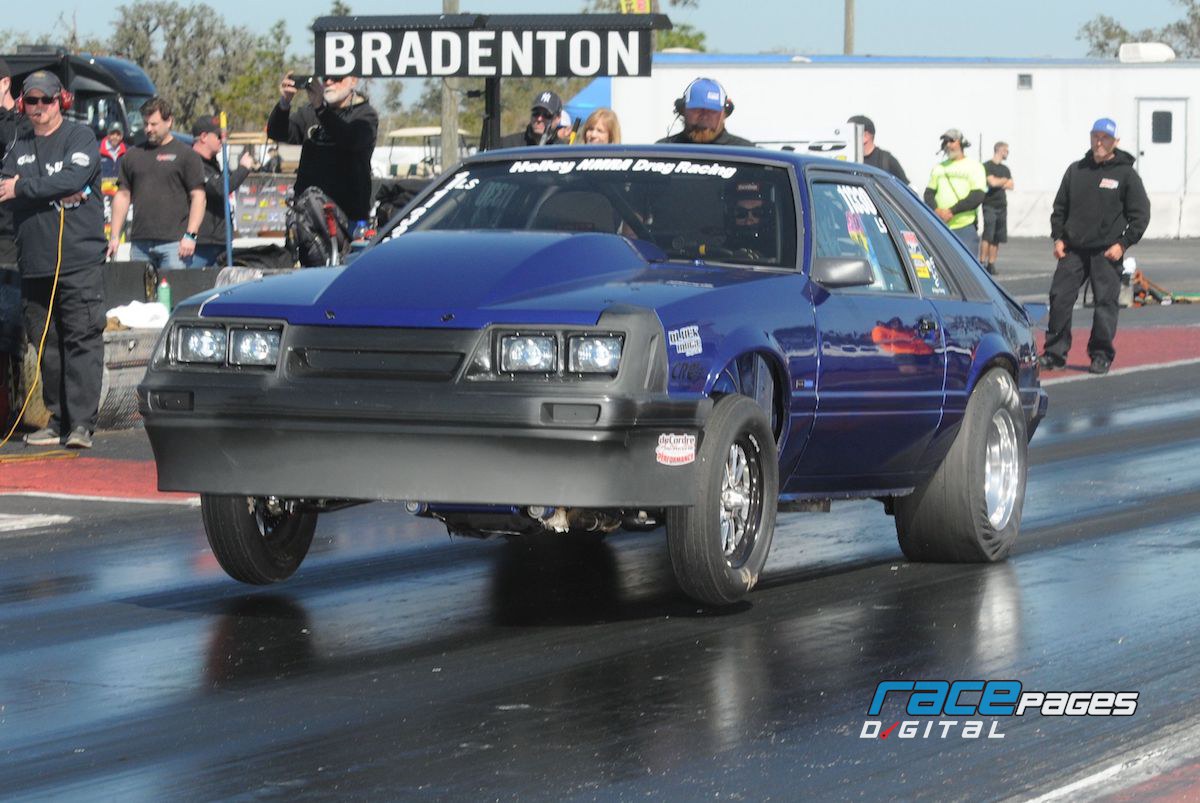 Also over winter, Williams removed 'spare steel and brackets from his car, and replaced its stock bumper cover nose with a carbon fiber nose by Schoneck Composites, to lighten it up. I removed anything that didn't need to be there for the class rules, said Williams. Then, ready to run quicker and faster than ever, he loaded up for the first NMRA event of the year, the 26th Annual Nitto NMRA Spring Break Shootout, Feb. 27-March 1 at Bradenton Motorsports Park in Florida. We felt confident with the car and combination going into the first race, and we thought we could run 8.60s with our naturally aspirated combination, said Williams. The weekend started out strong, as he recorded an 8.85, 8.86 and 8.87 despite spinning the tires at the hit in testing, and then he lowered the air pressure in the tires to see if he could get his car to hook harder for the first round of qualifying. It did, as the car went into a wheelie, but then it went wayward. The car pushed to the left, and when it came down from the wheelie, all of the weight unloaded off of the suspension, and the driver's side tires were out of the groove while the passenger's side tires were still in the groove, making the car go to the right, said Williams. I got out of the gas, and pulled the steering wheel to the left so that the car wouldn't go head-first into the wall. The car got up on the driver's side tires a couple feet, and I was glad it didn't roll. The front right corner of the car, the right fender and the whole right passenger's side hit the wall. It had been moving pretty good. 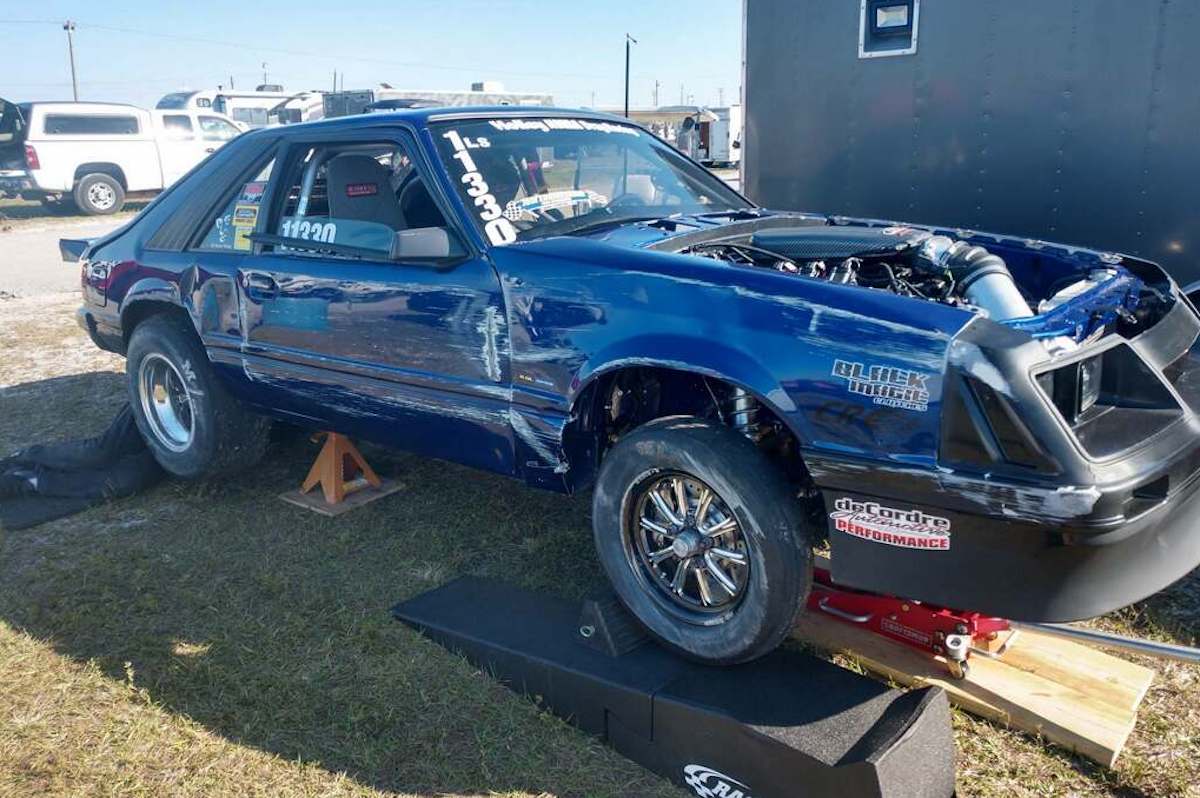 Williams, who was quite relieved that his car didn't make contact with Samantha Moore's car in the other lane, added that be believes the lower torque box had been compromised, causing his car to go out of control. The impact shifted the A-pillar and the rear end, and it broke a control arm and pushed the K-member over, broke two wheels and blew two tires, said Williams. My crew chief, Chris Beningo, and fellow racer Rick Riccardi, helped me assess the damage and get the car back in my trailer. Upon returning home to New Jersey, Williams took his car back to DeCordre Automotive and Performance to receive new lower torque boxes and subframe connectors, as well as a new K-member and control arms. When the work is wrapped, his car will go on a frame machine to be sure it's straight, and then Ivyland Collision in Warminster, Pennsylvania, will perform body work before painting his car, which also will wear the new Schoneck Composites fiberglass doors that he has had for a while, but fortunately, had not installed prior to contactng the wall in Florida. UPR, which stepped up and pledged to help with anything I needed, is sending me replacement suspension components for the front end, and I really want to thank them as they went above and beyond, especially Sharad Raldiris," said Williams. "And, Mike Jovanis helped me with two new RC Comp wheels. After all of this, I'll be glad when the car is back together. And as soon as it is, Williams will load it into his trailer and head to the 2nd Annual NMRA Gateway Rumble, May 14-16, at World Wide Technology Raceway in Madison, Illinois. 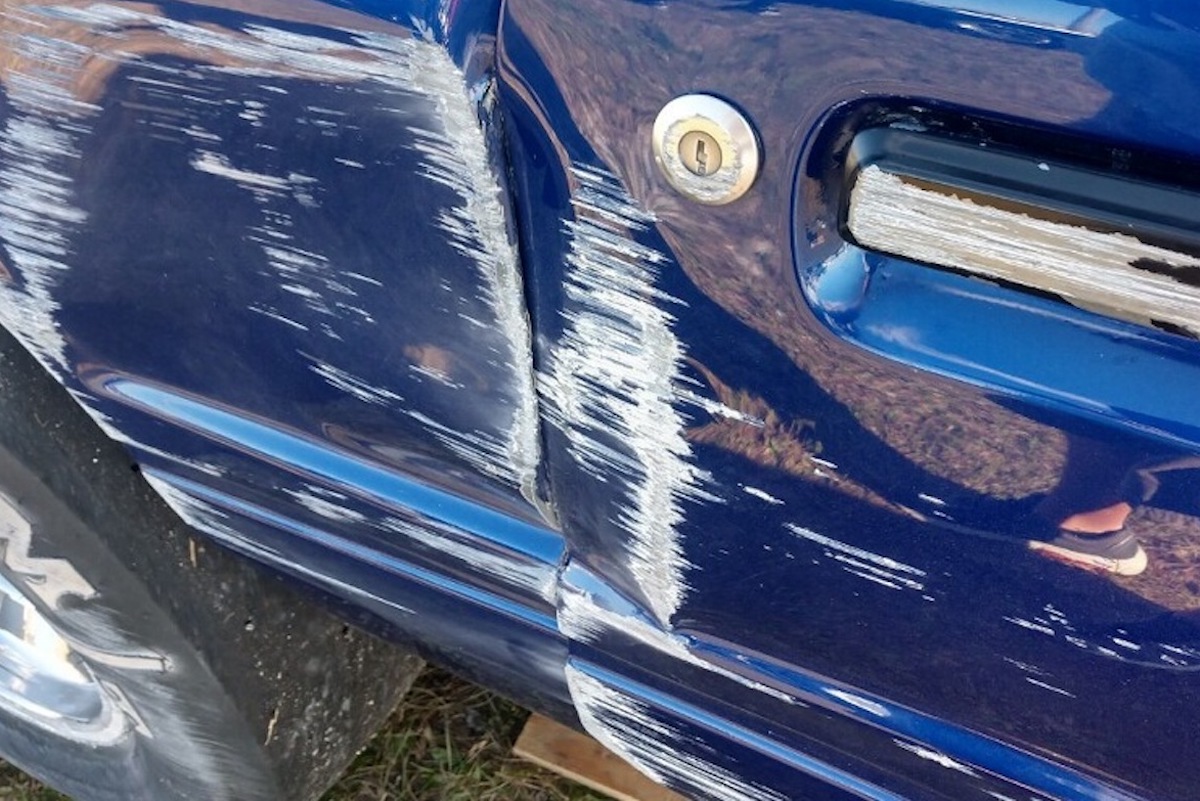