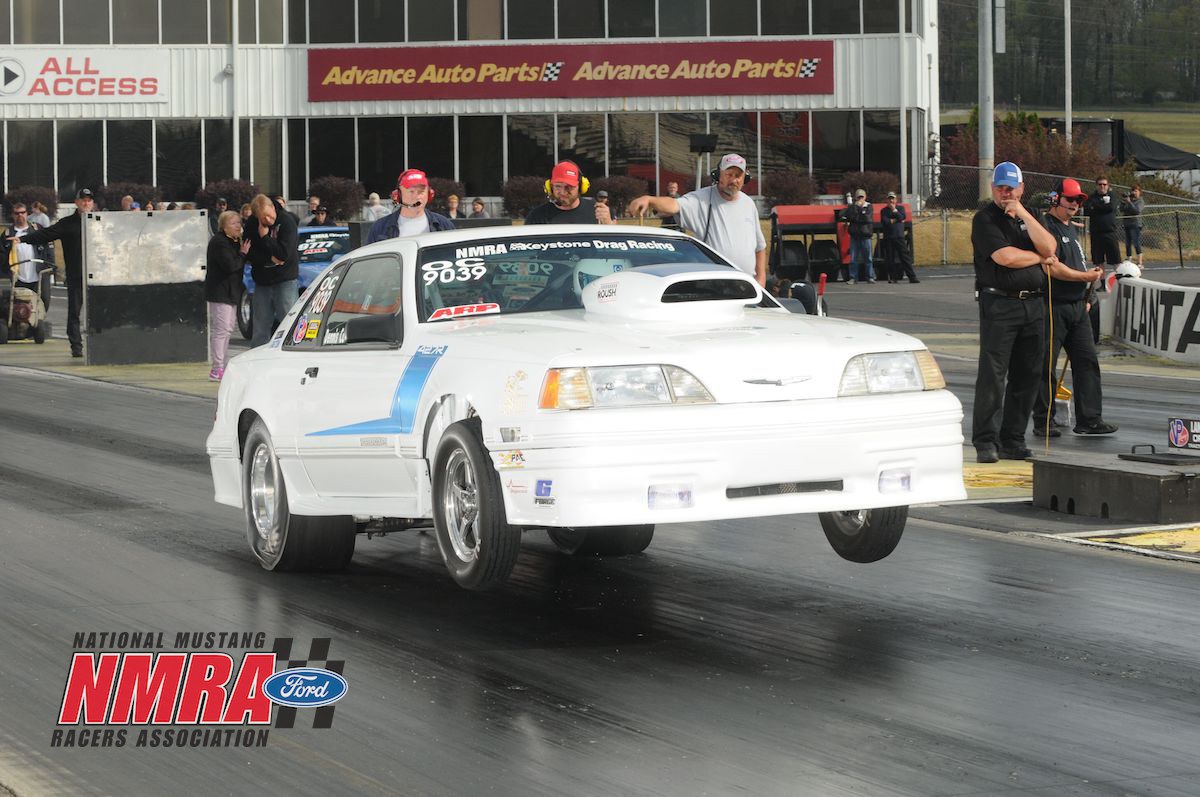 By Mary Lendzion With a competitive car and combination, Dennis Corn has caught win after win in NMRA ARP Open Comp. He was the class champion in 2016 and 2017, and he earned a third place finish in points in 2018 in his Thunderbird boasting a 7 liter small-block Ford built at Roush Engines North Shop in Michigan, which he happens to manage as a profession, and a G-Force five-speed transmission. Determined to drive to another championship, Corn dove in and qualified in the ninth spot with an .010 reaction time and made it to the third round of eliminations before exiting with a 9.33 on a 9.33 dial against Greg Cole, who had the holeshot advantage, at the 25th Annual Nitto NMRA Spring Break Shootout in March at Bradenton Motorsports Park in Florida. He then qualified in the sixth spot with an .010 reaction time and turned on the red light in the first round of eliminations against Jon H. Pickering at the 11th Annual Scoggin-Dickey Parts Center NMRA/NMCA All-Star Nationals presented by Mahle Motorsport in April at Atlanta Dragway, but his weekend wasn't over there, as he was also taking part in the event's Open Comp All-Star Shootout, and defeated Cameron Bowles in the final round of that special race. Focused of flying to the final round, he qualified in the eighth spot with an .017 reaction time and made it to the Aerospace Components Winner's Circle with a 9.33 on a 9.32 dial against Gordon Harlow at the Inaugural NMRA Ford Gateway Rumble presented by HPJ Performance in May at Gateway Motorsports Park in Illinois. (This was) probably one of the better races that I can recall, said Corn. We unloaded from the trailer and we were on our game all weekend. A review of the points afterwards found us in first (place). 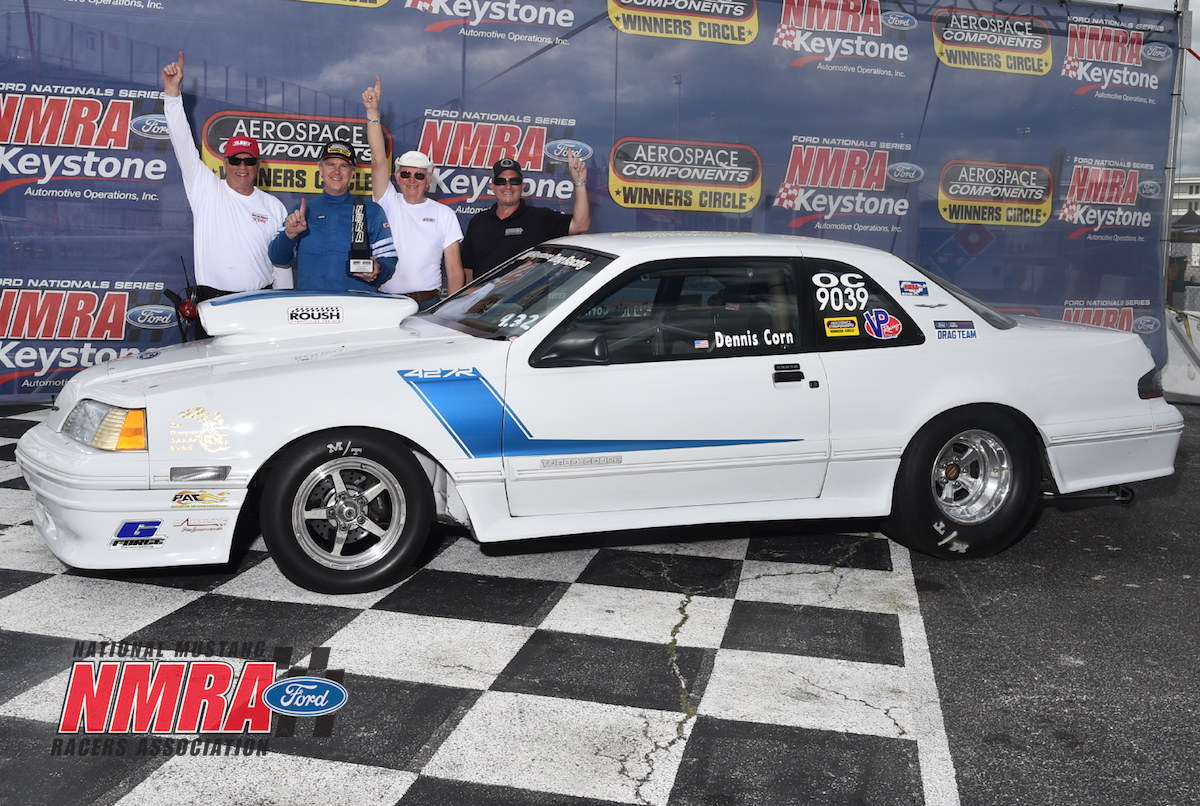 The Michigan-based driver then qualified in the twelfth spot with an .017 reaction time and exited eliminations in the second round with a breakout time of 9.33 on a 9.36 dial against Wes Dalrymple at the 19th Annual NMRA Ford Motorsport Nationals in June at Maple Grove Raceway in Pennsylvania, and qualified in the third spot with a .004 reaction time and exited eliminations in the third round with a 9.37 on a 9.34 dial against Dana Tebay at the 14th Annual Nitto NMRA/NMCA Super Bowl of Street Legal Drag Racing in July at Route 66 Raceway in Illinois. As calm as could be going into the final event on this year's NMRA tour, the 21st Annual Nitto NMRA All-Ford World Finals in September at Beech Bend Raceway in Kentucky, Corn qualified in the sixth spot with a .009 reaction time, finished as the runner-up with a 9.39 on a 9.34 dial against Elmer Long and captured the 2019 NMRA ARP Open Comp championship. We had our share of high and low, drama and routine race weekends like everybody else, and in the end, we were able to spend more time with Lady Luck versus others in this highly competitive class, said Corn. That provided us the opportunity to gain our third championship. Corn and his fellow champions will be celebrated at the NMRA Muscle Car Nationals presented by E3 Spark Plugs Awards Ceremony presented by Aerospace Components, Dec. 13 at the Indiana Convention Center. (Please watch for stories on all NMRA champions to be posted on the NMRA and Race Pages Digital websites and in Fastest Street Car in the days to come.) 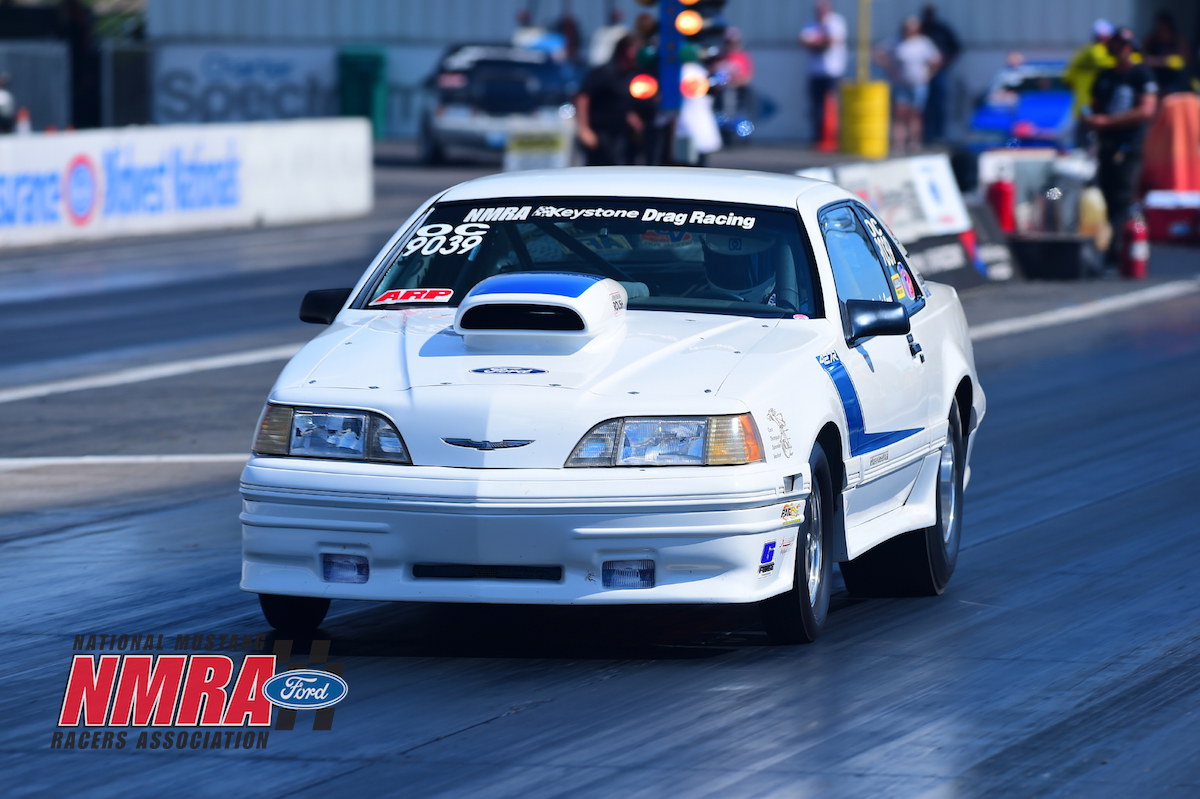